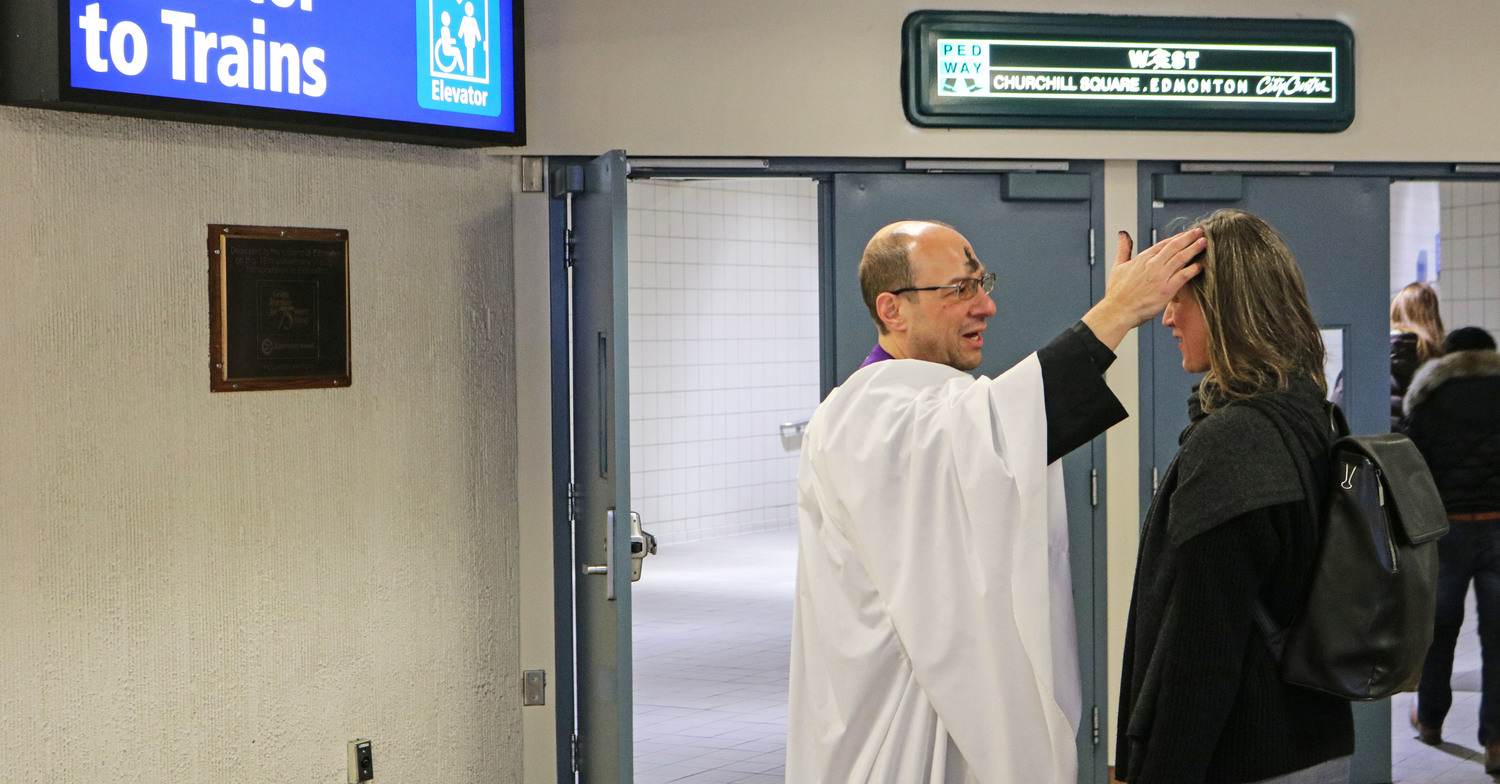 On Ash Wednesday, February 14, 2018, Anglicans and Lutherans will offer blessings to morning commuters at public transit stations, on university campuses and along downtown Edmonton pedways. People who choose to receive ashes will be marked with a cross on their forehead as a sign of God’s grace and forgiveness.

The Anglican Diocese of Edmonton joined the international Ashes to Go (#rogueashes) movement in 2012 by offering ashes to pedestrians on Whyte Avenue. This year, teams will be greeting commuters at Churchill and Century Park LRT Stations and along downtown pedways, from 6-9:00 am. A team will also be at the Castledowns ETS bus terminal next to Good Shepherd Anglican Church, from 6-8:30 am, and on the NAIT Campus (inside CAT), from 9-11 am, and on the U of A Campus (SUB), from 10 am-noon.

What began as a desire to make ashes available to people outside church walls, has actually become the norm for many who would otherwise not go to a traditional liturgy, says Archdeacon Christopher Pappas, rector of Holy Trinity Anglican Church in Old Strathcona. He started Ashes to Go in Edmonton as a way for the Church to be present in the midst of community, not separated from it.

“By putting ourselves out into something new we have transformed what it means to be church and have begun a new ritual for some who might otherwise feel disconnected,” says Pappas.

In the Christian tradition, Ash Wednesday marks the start of the holy season of Lent, a time for reflection and repentance in preparation for the celebration of Easter. Often the ashes are made from year-old palm leaves saved from the previous year’s Palm Sunday service.

Downloads
What We Do
Ecumenical and Interfaith Ministry