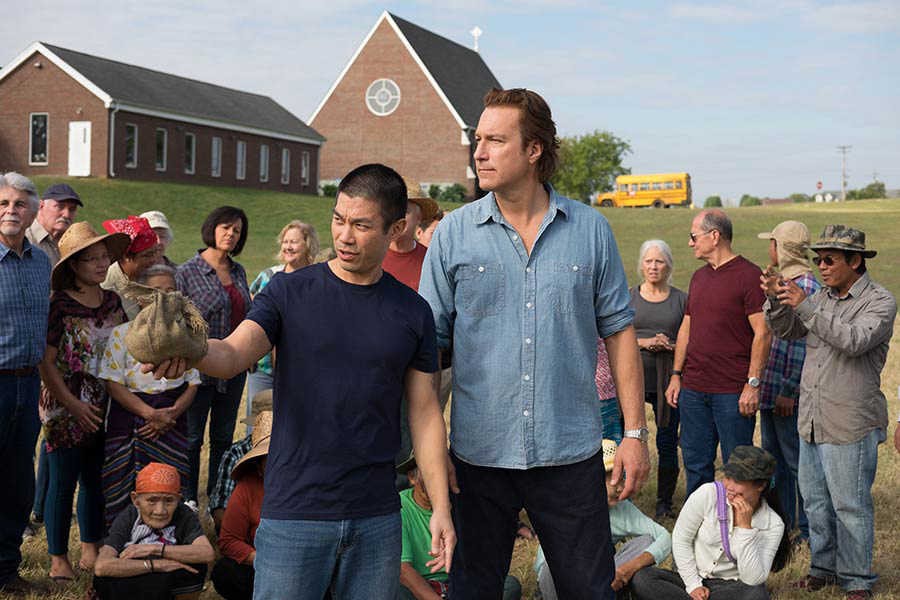 I have been a fan of John Corbett since his work on the TV series Northern Exposure. And I was intrigued to hear he would be playing an Episcopalian priest in a new movie about Burmese refugees in Tennessee. Last night a few members of our diocese joined many (the theatre was quite full) Edmonton faith leaders at an advance screening of the Sony Pictures film All Saints.

The film is based on the true story of Michael Spurlock (Corbett), a corporate salesman-turned Episcopalian priest, whose first charge is All Saints, a quaint country church in Tennessee with only a dozen members. His assignment is to close the doors of the struggling church for good and sell its prime real estate.

But when the church begins welcoming refugees from Karen (kuh-REN) State in Burma—former farmers looking for a fresh start in America—Michael feels called to an improbable new mission. Working alongside the Karen people, the congregation attempts to turn their fertile land into a working farm to pay the church’s bills and feed its newest people.

Corbett is fantastic as the ambitious, headstrong and somewhat naïve missional leader. But just as engaging, perhaps more so, is the supporting cast including Forest, a cantankerous Vietnam vet and retired farmer, and Ye Win, the leader of the Karen refugees who played themselves. They toiled 12 hours each day on a chicken farm, before returning home to help tend the fields at All Saints.

Finally, big budget movie production companies like Sony are recognizing a market for quality family programming. The story of Christians helping to resettle victims of persecution is good news our world needs to hear. PWRDF, one of the national faith-based organizations sponsoring the film’s sneak preview, has been supporting Karen refugees living in camps along the Thai-Burmese border for 17 years through DARE, an addiction recovery program.

As PWRDF’s Communications Coordinator Janice Biehn says, “All Saints reminds us time and again that even when we feel most alone, we are part of a community. We need to reach out and ask for help. Sometimes we need to get out of our own way and let others in. It is also a powerful example of how God calls us to welcome the stranger, while refugees and displaced people cross our borders every day.”

All Saints opens in theatres on August 25. If you have a chance to see this movie, do. You won’t be disappointed.