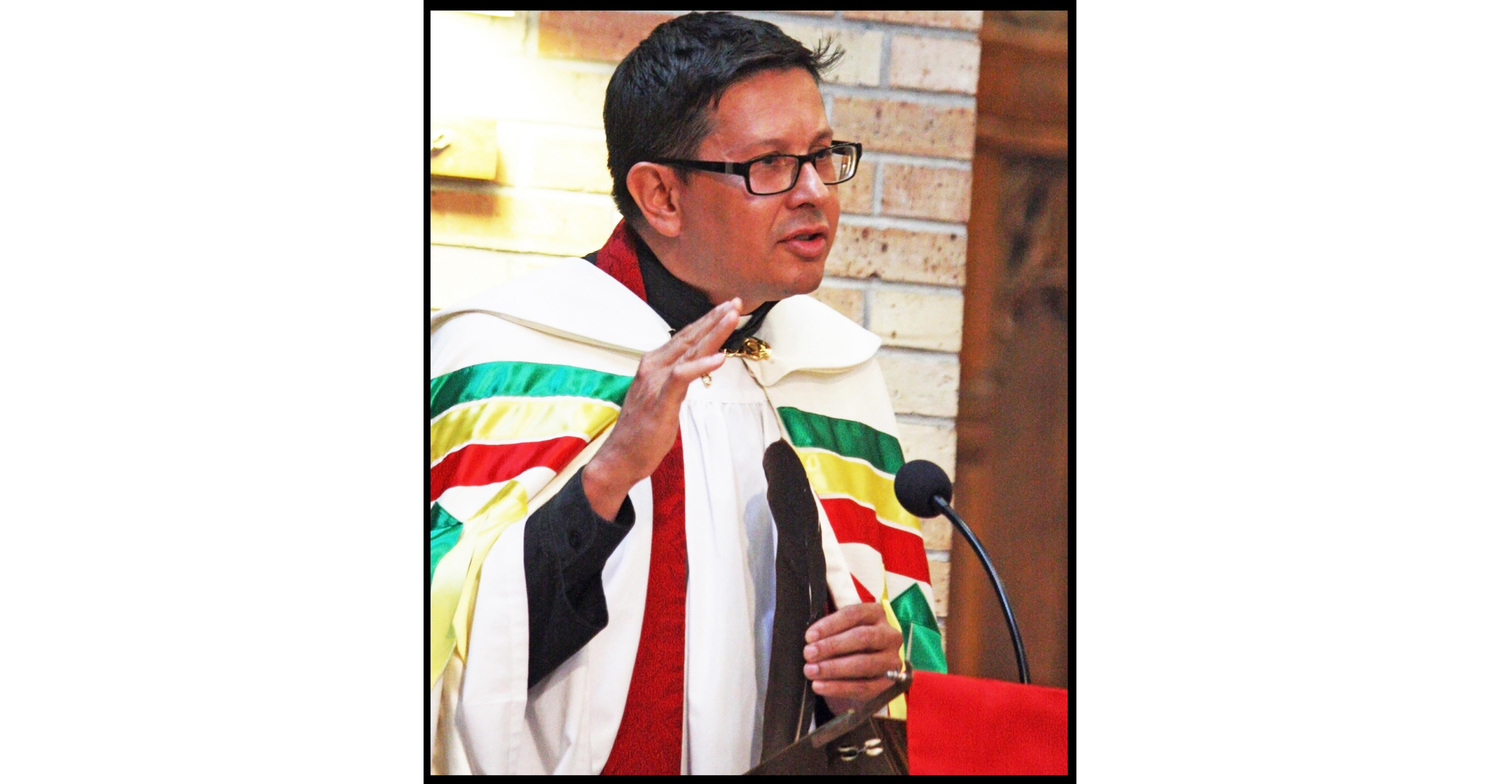 Next week, when the leader of the Roman Catholic Church visits Amiskwaciy Waskahikan (meaning Beaver Hills House), the traditional meeting ground for many Indigenous communities, including Cree, Saulteaux, Nakota Sioux, Blackfoot and Métis people, members of the Anglican Diocese of Edmonton will be present.

A small delegation from the Edmonton diocese, led by the Ven. Travis Enright, Archdeacon for Indigenous Ministries, and the Rev. Canon Dr. Scott Sharman, Ecumenical and Interfaith Coordinator, has been invited to witness the Pope’s visit to the former Ermineskin residential school in Maskwacis. In addition, a larger delegation of ecumenical partners will attend the papal mass at Commonwealth Stadium.

Edmonton will serve as the home base for Pope Francis during his visit to Western Canada, taking place July 24-27, 2022. According to the organisers of “Walking Together” (papalvisit.ca), it is an opportunity for the Catholic Church to “strengthen its efforts to listen to, talk with and learn from residential school survivors, their families and their communities, and offer an apology for the role it played in the residential school system.”

Archdeacon Enright views the papal visit as an historical opportunity for the institutional church to enter further into a season of wisdom by making reparations for its history of spiritual harm.

“It will be extremely meaningful for the Pope (who represents the perpetrator of abuse) to offer an apology on the land with the people,” says Enright about the anticipated apology from Pope Francis for the Church’s role in running residential schools.

“As a participant in the colonial system of residential schools, it’s important for the Anglican Church to witness this moment. We share in the sorrow of the historical components, and it is our responsibility to help people hear the Gospel truth of Jesus Christ as a loving God who walks with us and, in the most difficult parts of a person’s life, hears our call. We will all benefit from coming to a place of knowing, acknowledging, and reviving the Gospel message.

“It’s not only important for our ancestors who died waiting for this apology, but those who are alive today and the generations yet to come,” says Enright whose mother and family went to Gordon’s Residential School in Punnichy, SK.

“Indigenous people received and held the Gospel truth profoundly. But when we distorted the message of Jesus it caused fundamental spiritual harm,” he says. “Though historically, we cannot change what has happened, we can ensure we create space for conversations about reconciliation and what it means to be part of the whole body politic.”

He says the Pope’s apology to Indigenous Inuit and Metis people, first in Rome and possibly next week in Alberta, demonstrates the Church’s vulnerability and provides a pathway for walking in right relations.

“We are entering a time of Wisdom (one of the Sacred Teachings), a journey to living in right relation with our neighbour,” he says. “In the Western way of being you can have the knowledge, but not know how to use it. In the Cree tradition, the one who lives closest to the land, the one who is in best relations with their neighbours, is the wisest. Wisdom is gleaned from learning to live generously and compassionately for our neighbour.”

For Enright, the papal visit is another step in the direction of enabling “the teaching and wisdom of Jesus to flow into people’s hearts and lives once again.”