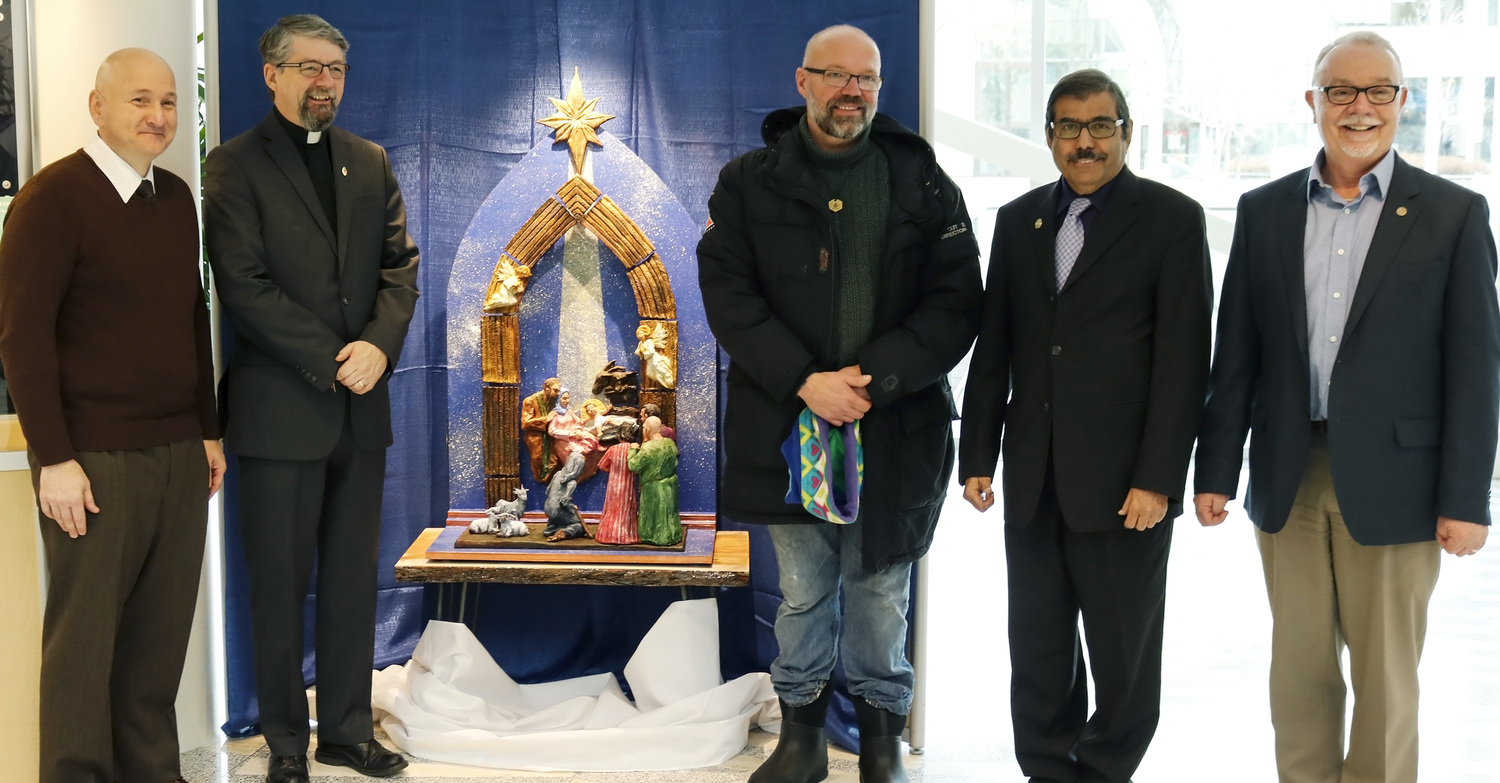 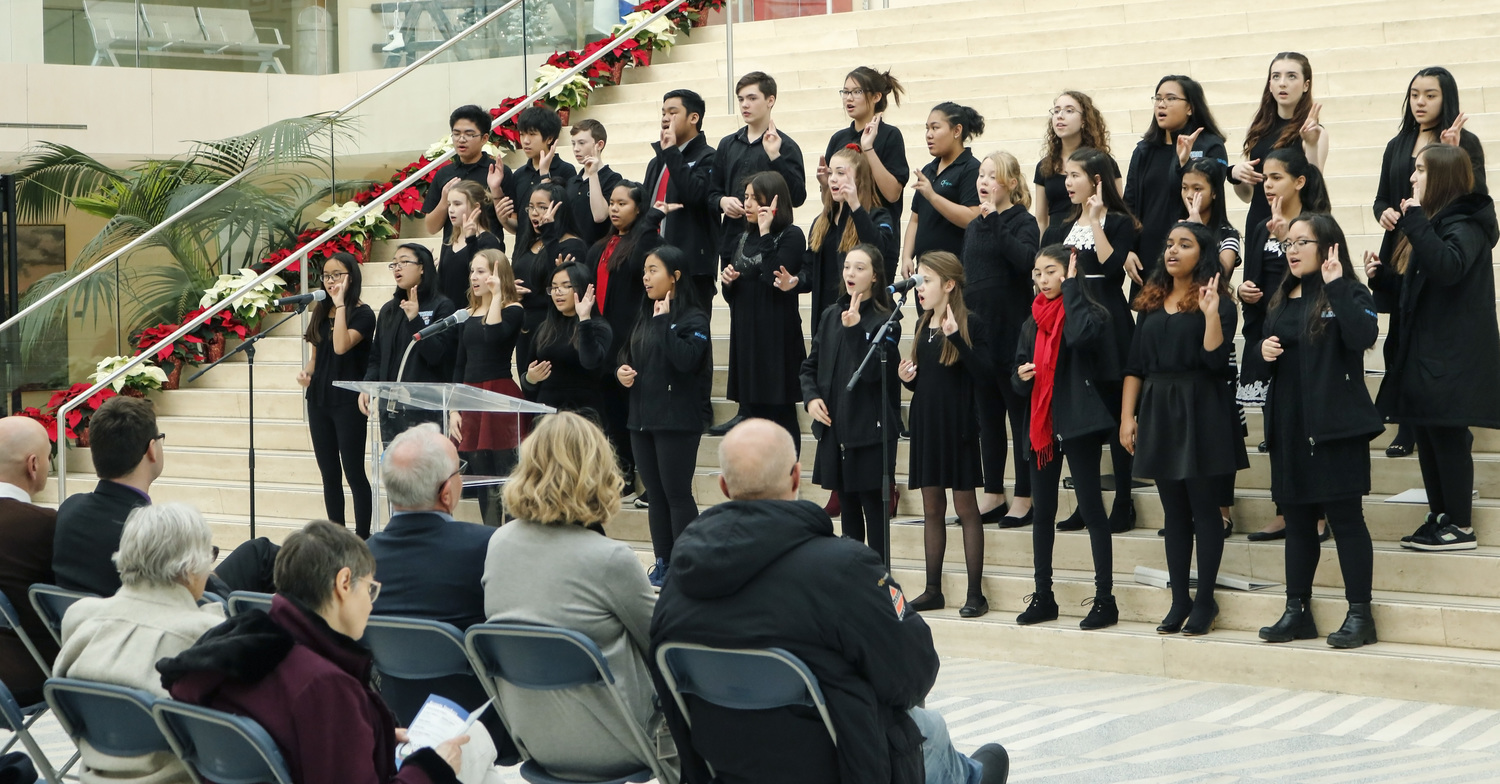 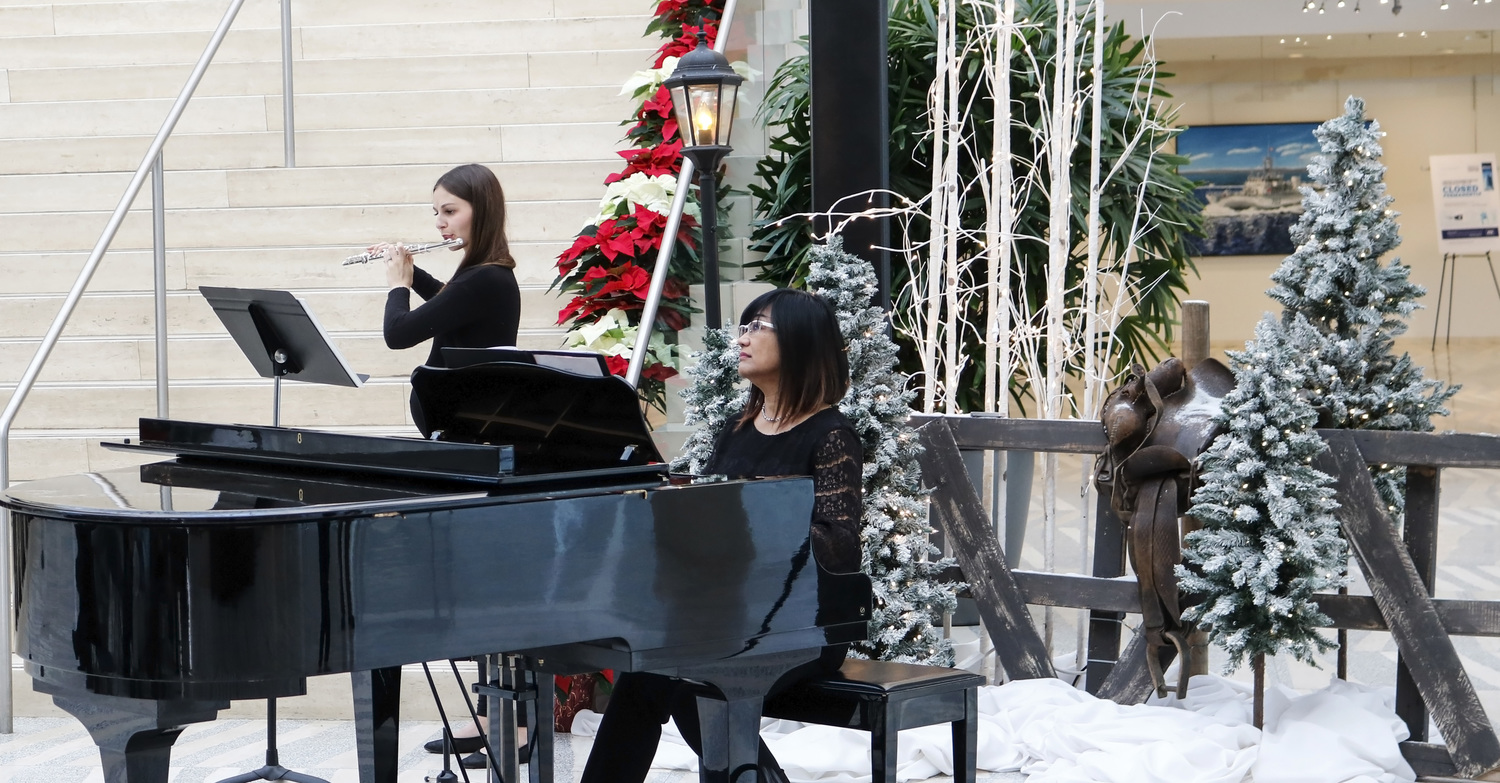 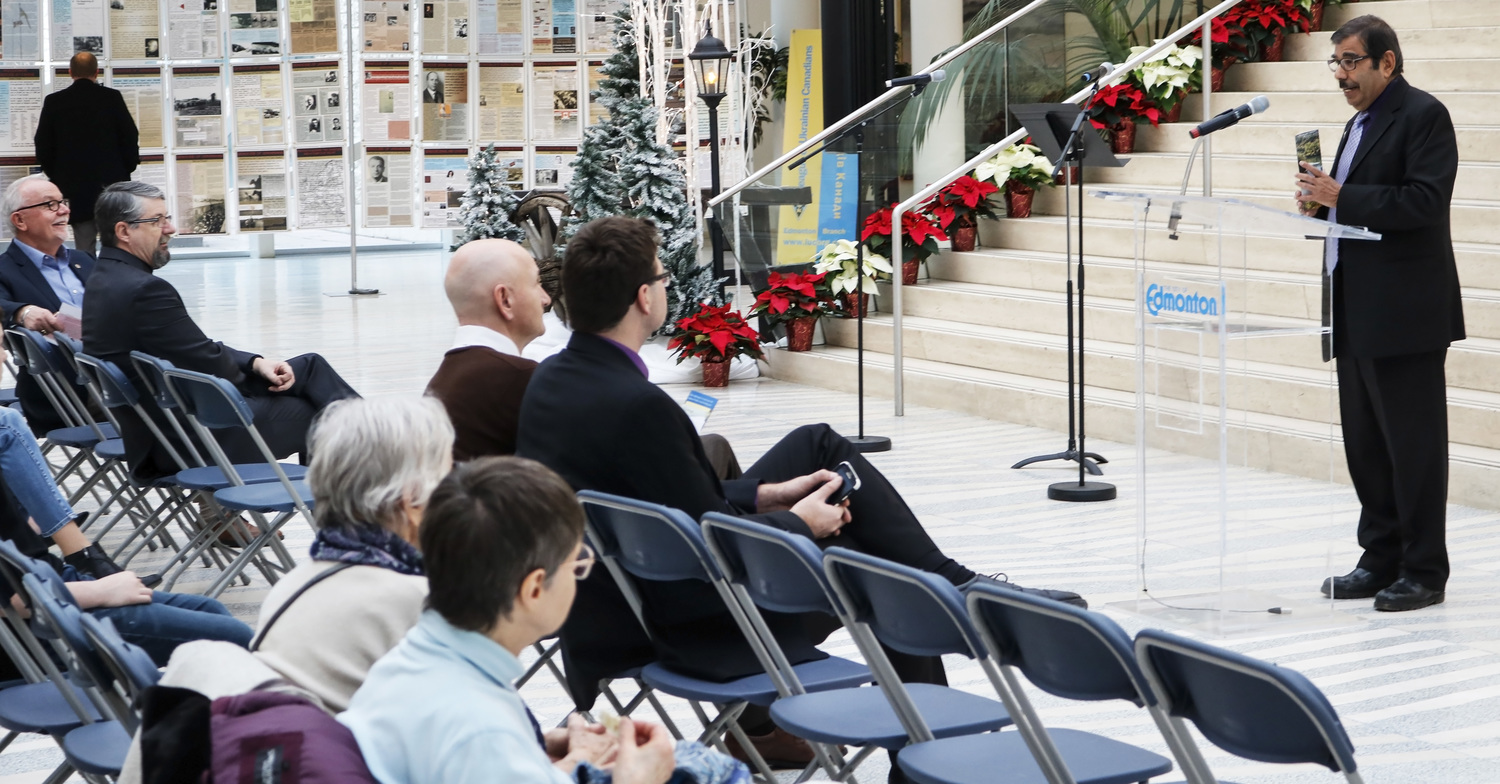 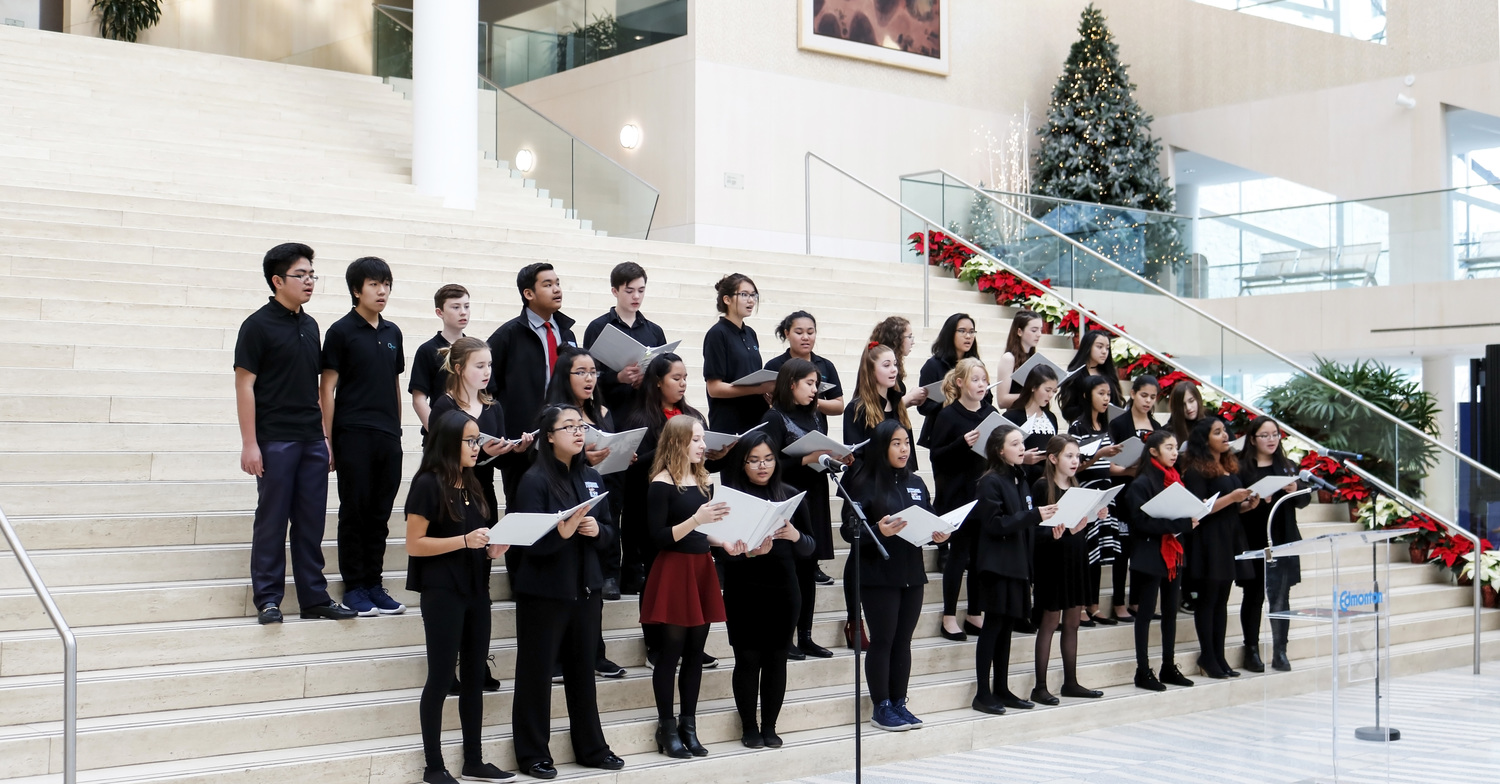 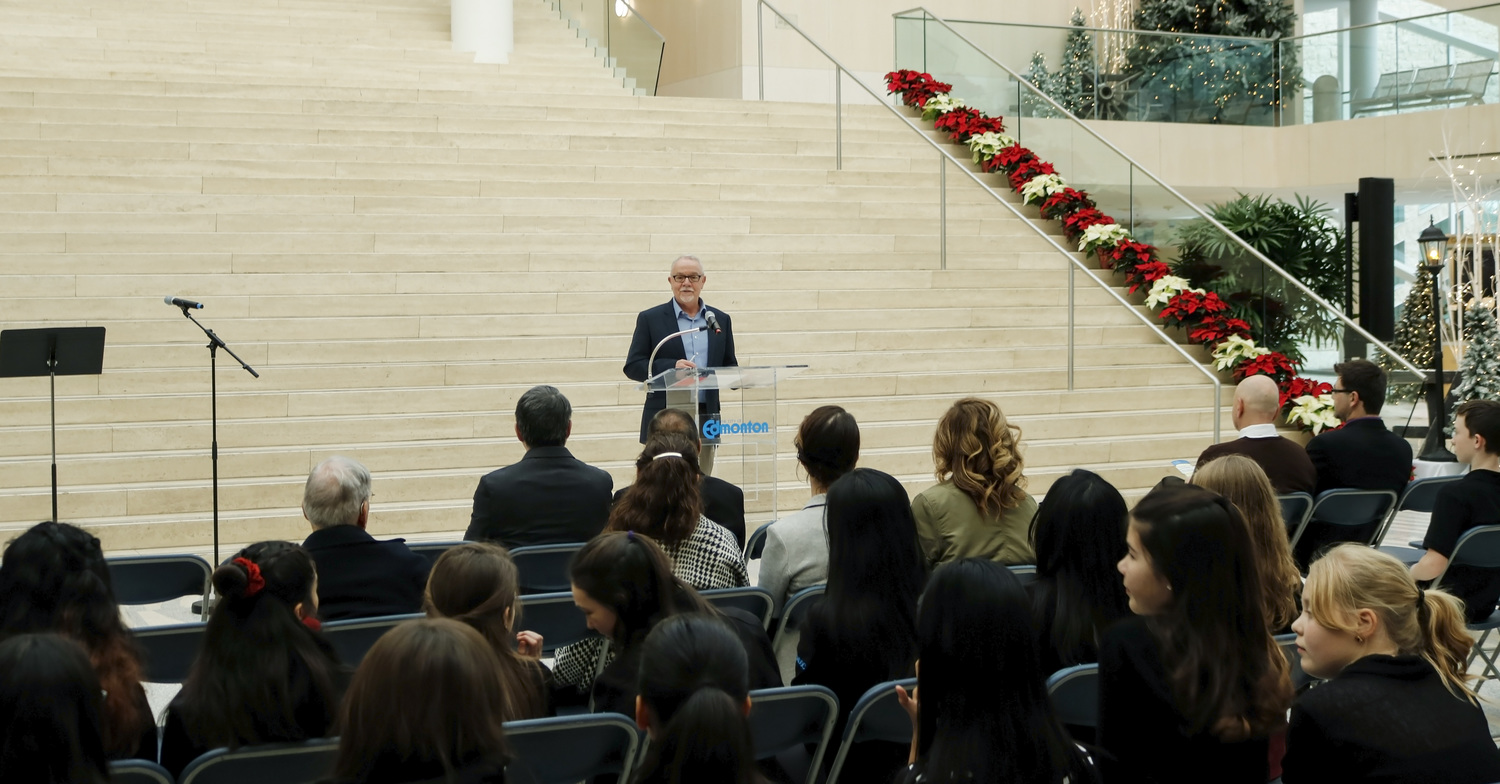 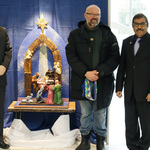 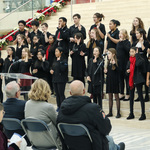 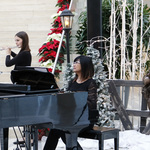 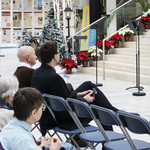 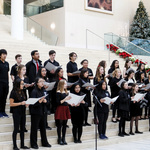 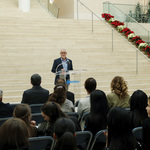 The Edmonton Interfaith Centre and the Edmonton & District Council of Churches unveiled a new nativity scene next to the Celebration of Faiths display inside City Hall, on December 1.

The art installation was sculpted from clay by local artist Ritchie Velthuis. Ritchie was raised in a Christian family and says the story of Christ’s birth is very familiar to him. Though this was his first time creating a nativity, he did work on the Homeless Memorial and decided to use people he knows, real-life Edmontonians, as his models. For example, Baby Jesus is modelled after his friends’ son Luke, and other characters, such as the Three Wise Men, bear a strong resemblance to his co-workers at the Edmonton Ice Castle.

City Chaplain John Dowds welcomed everyone to the Christian Celebration of Advent and Christmas at City Hall on Treaty Six land. Bringing greetings on behalf of Mayor Don Iveson and Edmonton City Council, Councillor Mike Nickel, said he hopes the nativity is a reminder to Edmontonians of the true meaning of Christmas which, to him, “is about acceptance and understanding.”

“We’re very thankful for the City of Edmonton’s support of religious diversity,” said Shiraz Kanji, President of the Edmonton Interfaith Centre Board of Directors. “Let’s thank God for this difference He has given us.”

Speaking on behalf of the Edmonton and District Council of Churches, United Church minister Rev. Larry Wright said that in a world that commonly “pushes faith to the side, Edmonton provides a unique opportunity for recognizing there are people of faith who make up this community. As we look at this beautifully crafted nativity scene we are reminded of the founder of our faith who was born in an awkward relationship, in inadequate makeshift housing, in an occupied territory of an empire. He was not a king or a prince; he was not a prime minister or a president. At his birth, to many, he was nobody. As Christians we need to remember the awkward humbleness of Jesus’ beginning. And remember to help and aid and support our whole community whoever they are and wherever they come from.”

The talented children's choir from Monsignor Fee Otterson Elementary/Junior High School, accompanied by piano and flute, brought the program to a festive close with an awe-inspiring performance of several Christmas songs,  including “Silent Night,” for which they both sang and signed the chorus.