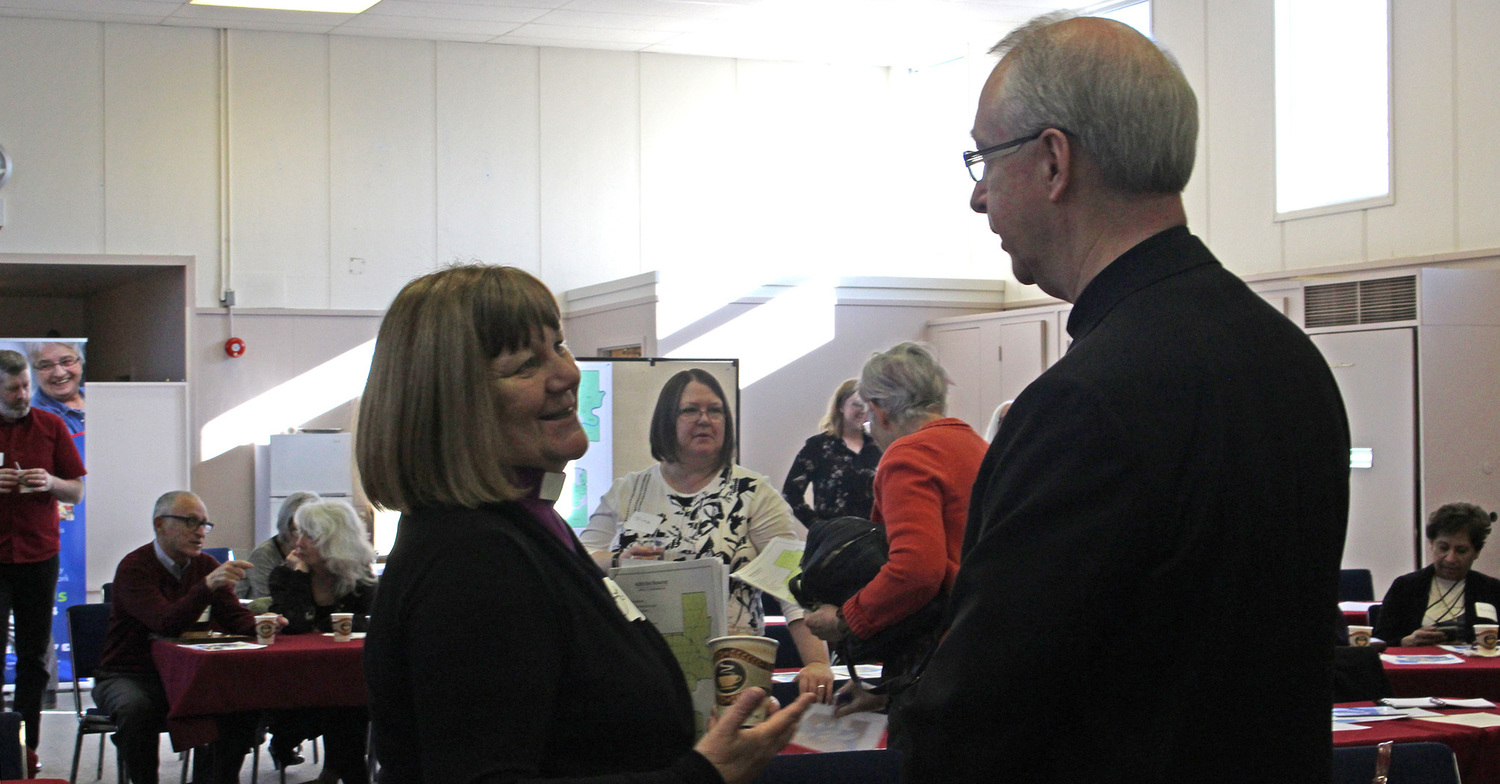 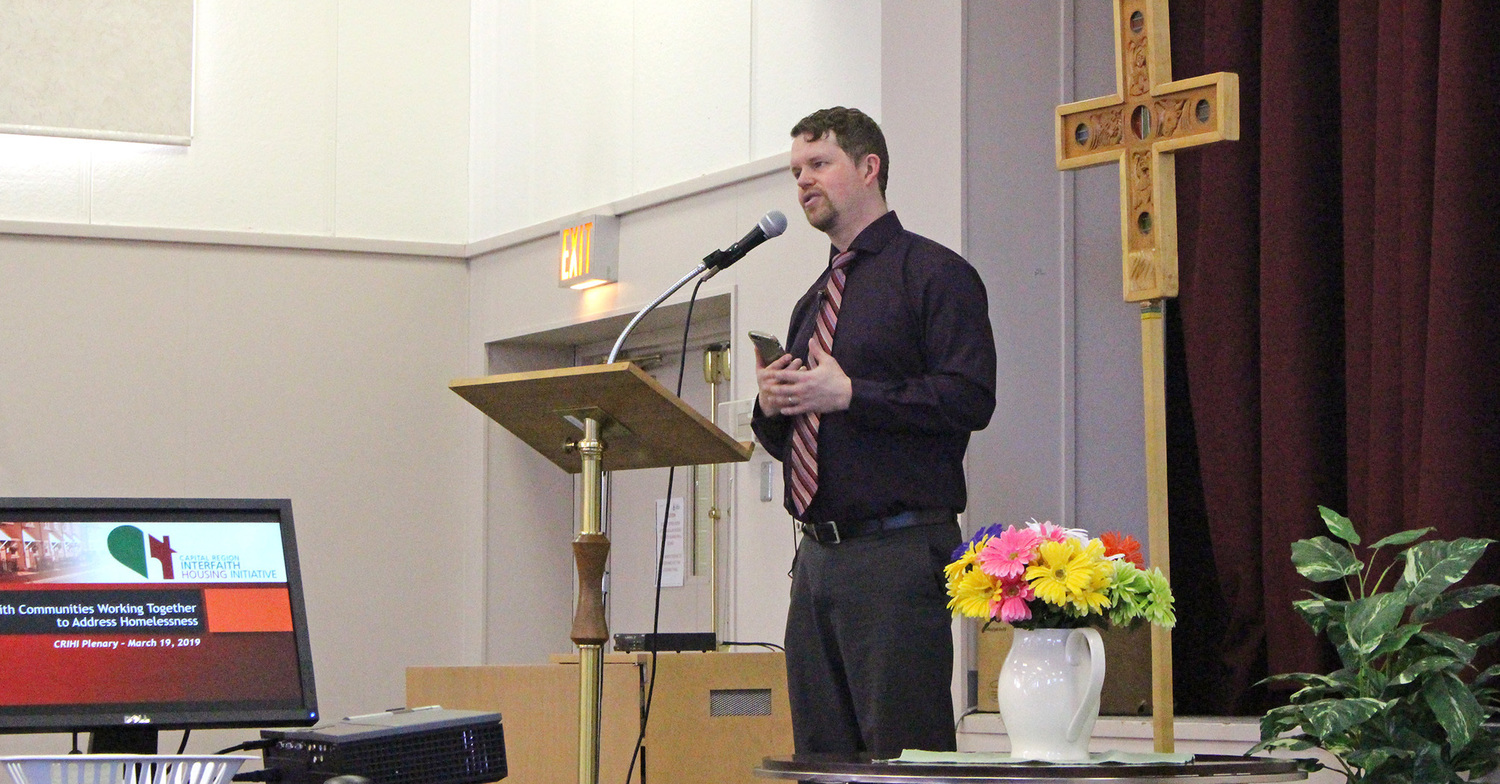 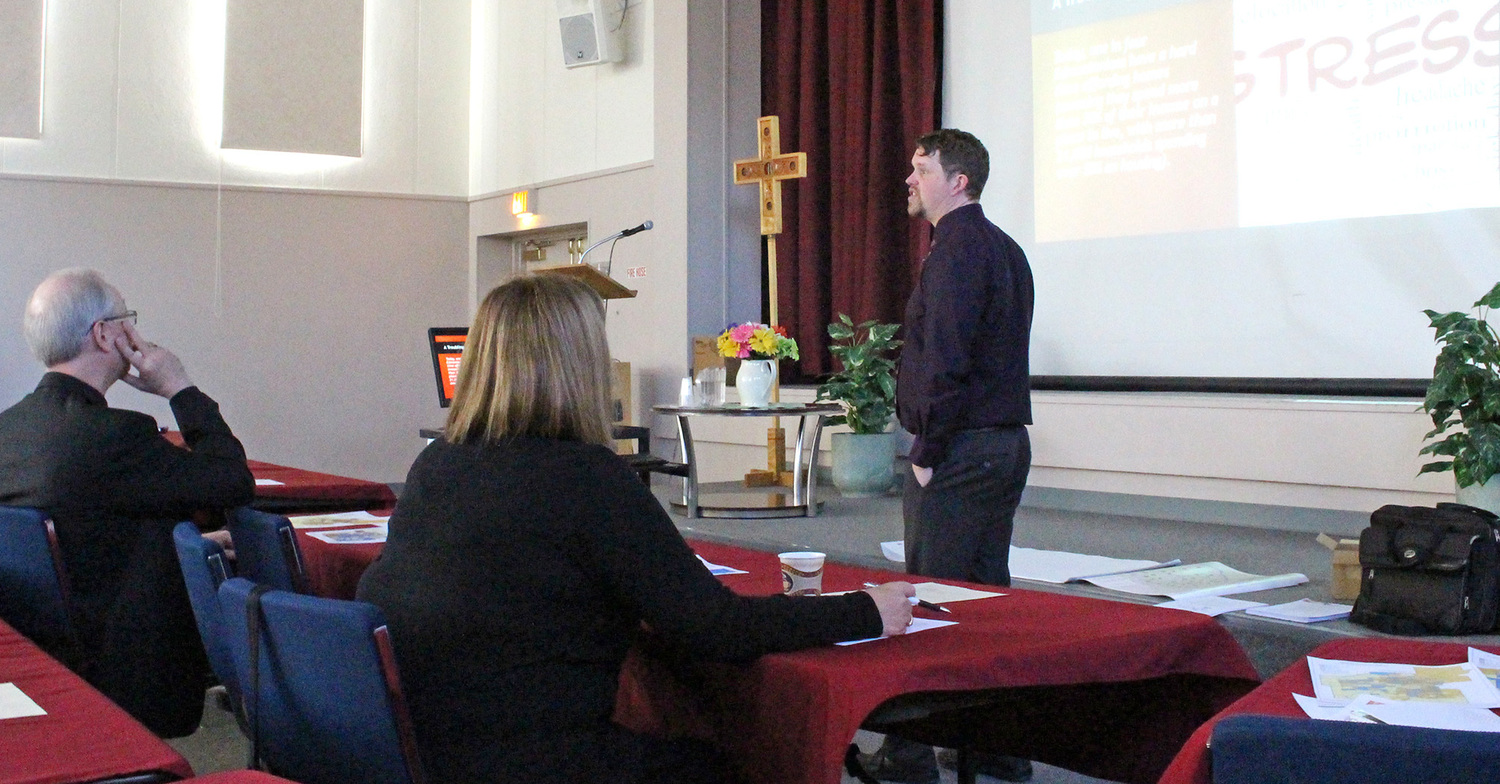 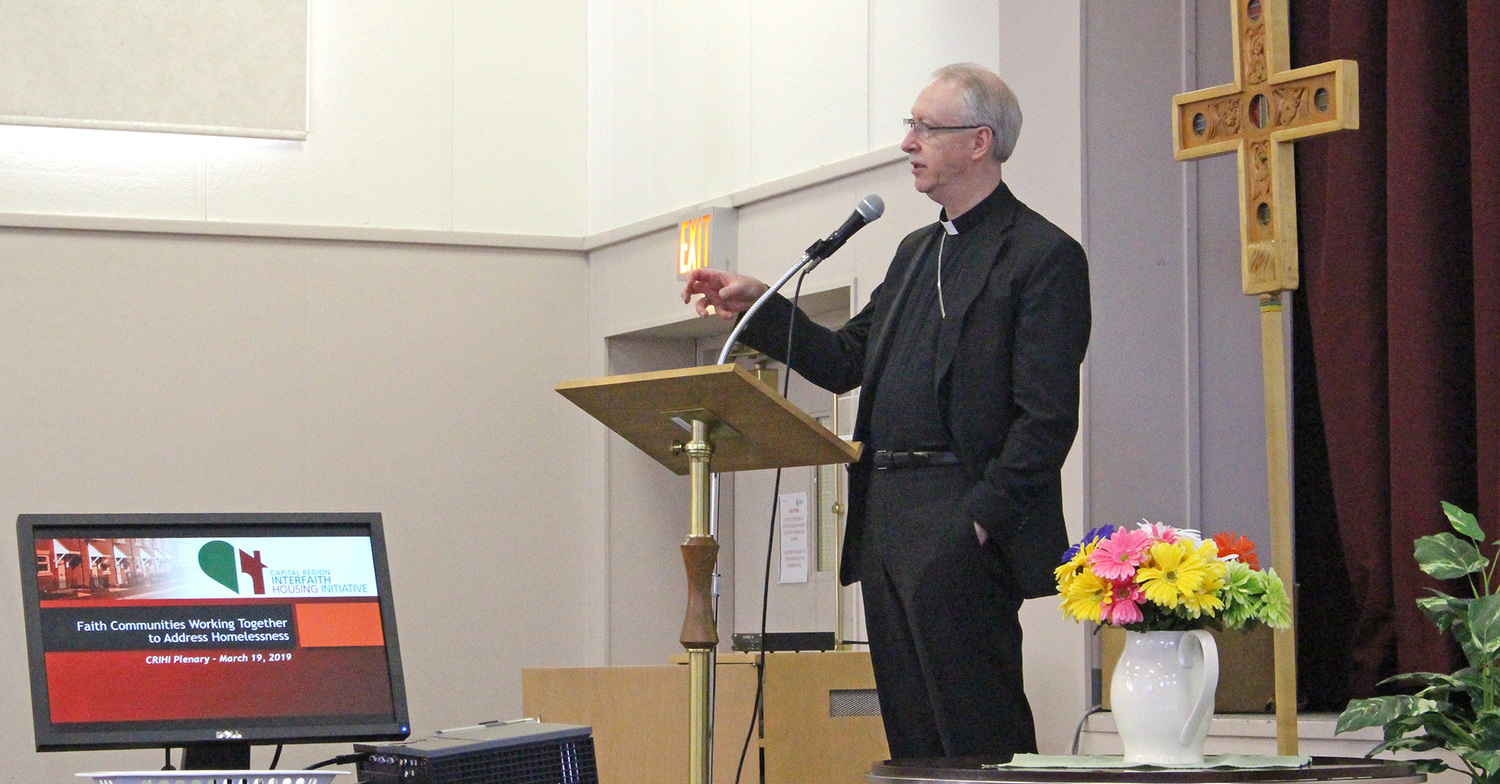 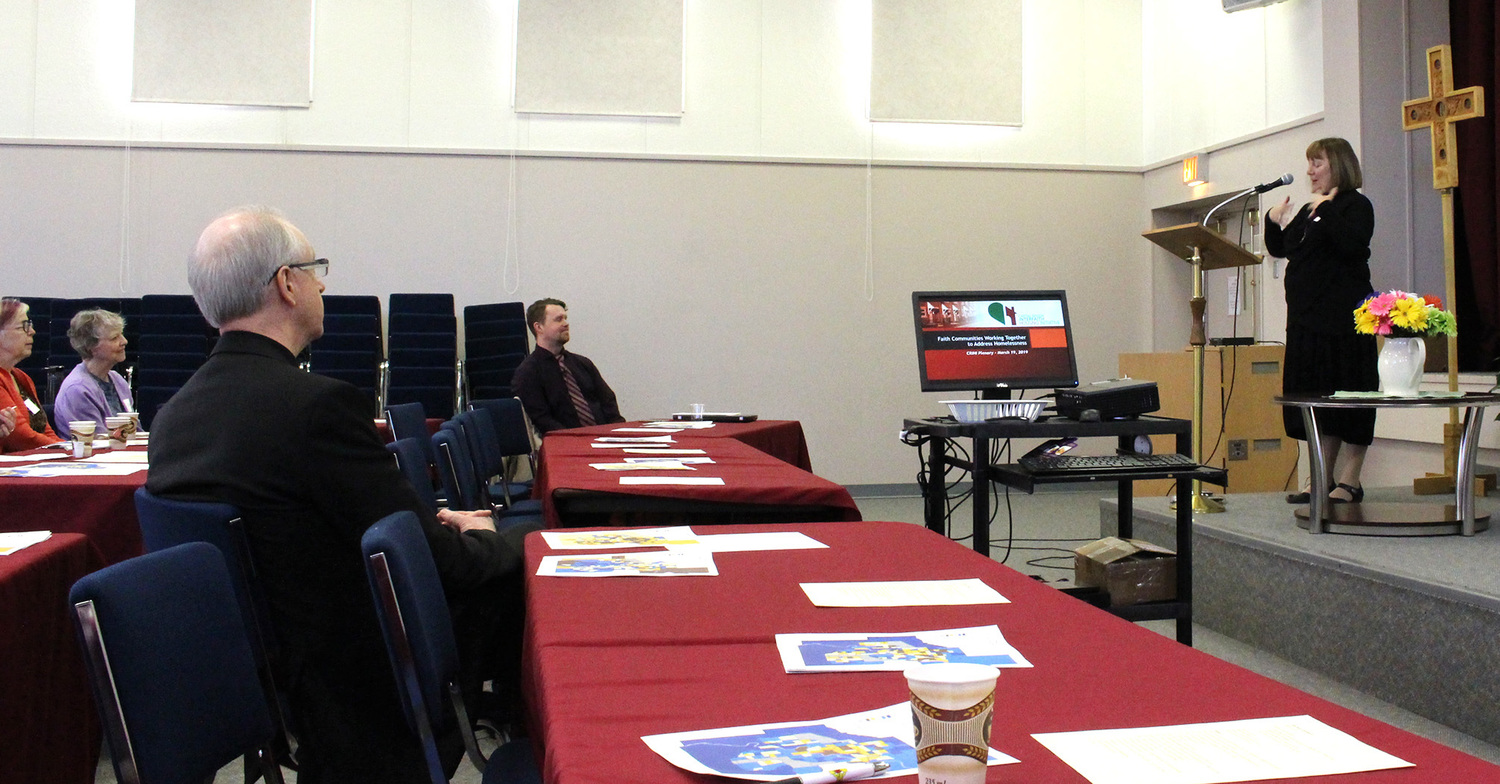 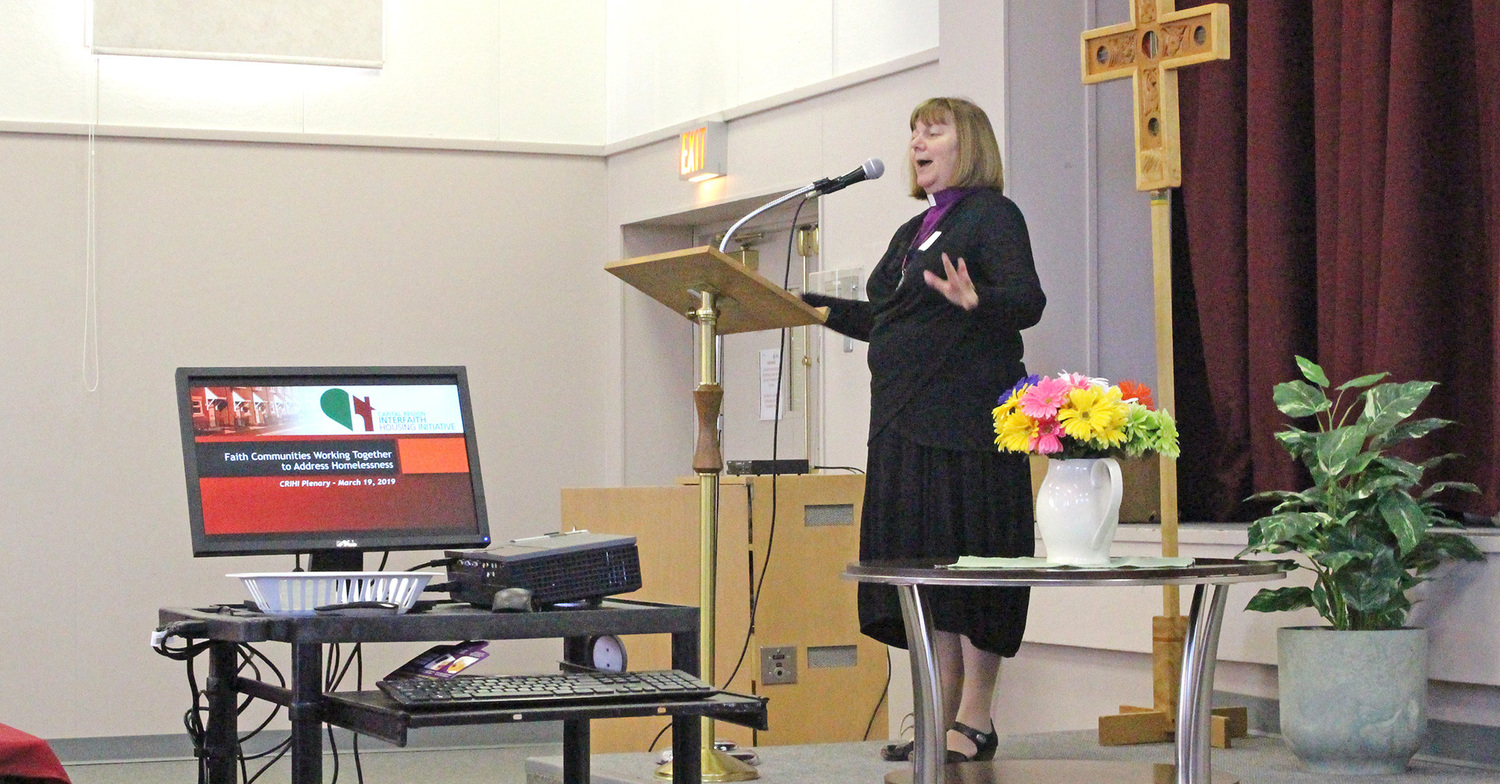 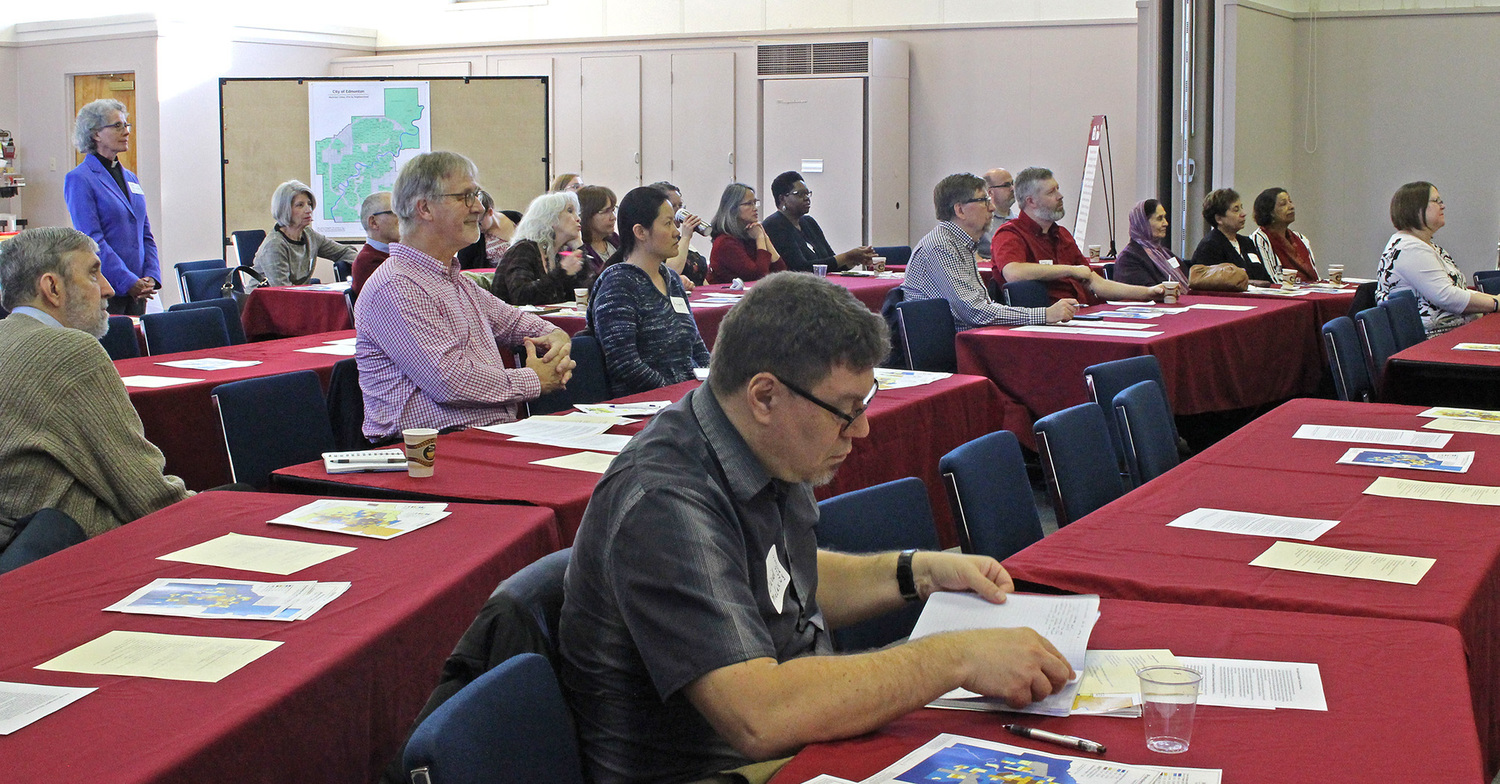 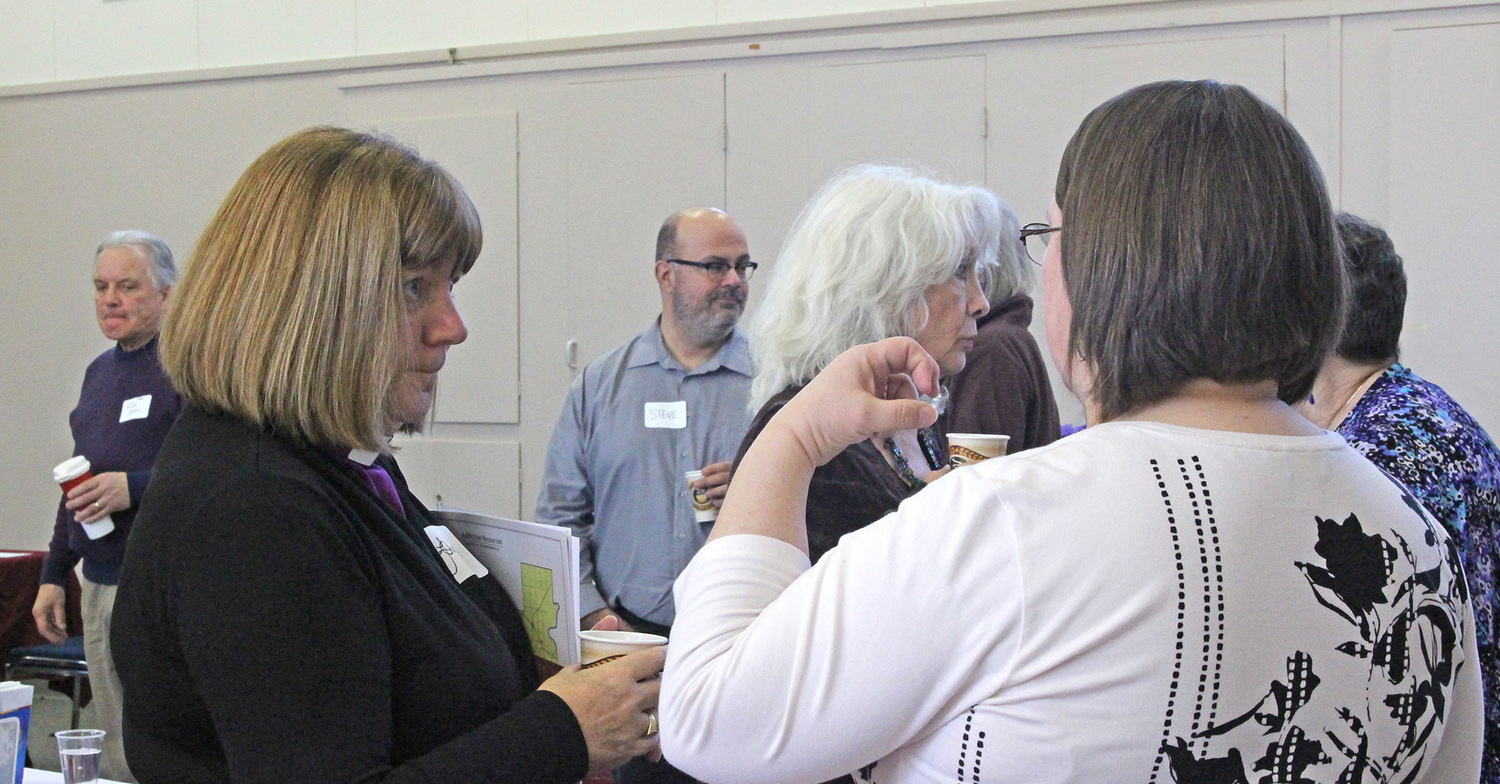 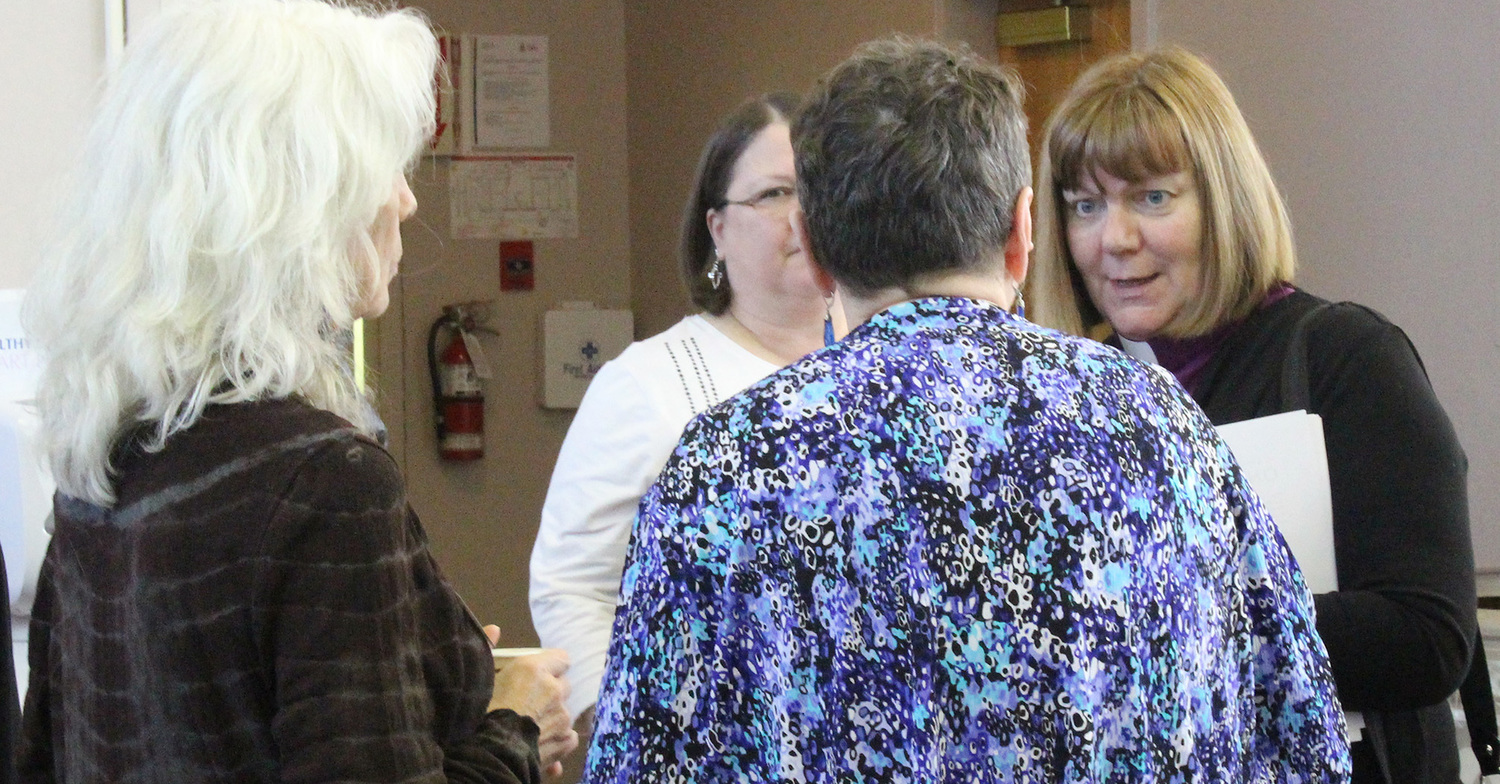 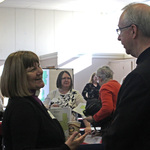 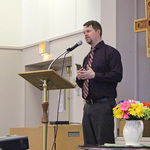 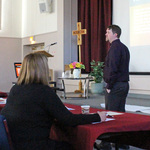 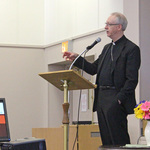 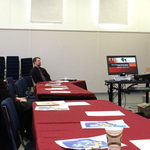 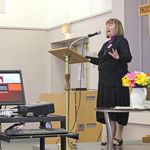 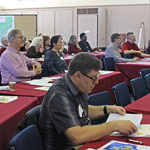 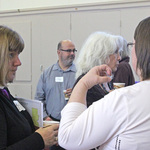 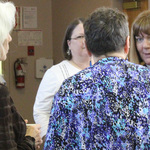 Participants at the annual plenary meeting of the Capital Region Interfaith Housing Initiative (CRIHI) were greeted at the front door of the Catholic Archdiocese of Edmonton door by Gord Holub, one of two Indigenous Oskapewis (helper in Cree) with Inner City Pastoral Ministry (ICPM). Gord offered the opportunity to smudge, so attendees who wanted to could ‘anoint’ themselves with the smoke of medicinal grasses as a way to prayerfully begin the day.

Inside, the meeting began with a faith reflection by Mike Van Boom, CRIHI’s Interfaith Network Animator. Based on the writings of Christian theologian, Cornelius Plantinga Jr., Van Boom shared some thoughts on three Hebrew words:

(See the Interfaith Housing Initiative website for the full reflection.)

Archbishop Richard Smith of the Catholic Archdiocese of Edmonton, which hosted the event, then followed with his reflection that while he sees deep worry, fear and bitterness in the hearts of many, causing fracture and individualism made worse by political rhetoric, he also could see in those present – members of the interfaith community who have banded together to fight poverty and homelessness – a visible expression of covenant love and solidarity.

Finally, Bishop Jane Alexander of the Anglican Diocese of Edmonton brought a challenge regarding the current election campaign: that we be ready when approached to make it clear that our vote is bound up with policies that promote justice and opportunity for all in our society. She then encouraged the group to persevere, knowing that solidarity in the fight against homelessness is for the long-term and we must support each other in both our mistakes and our successes, never giving up. She spoke of looking forward to a day when her grandchildren will ask, “What is a foodbank?” because we will have solved the problem of poverty.

Such was the foundation for the day, which involved approximately 40 participants in updates on previous work and new projects, networking, sharing ideas, and being inspired.

See links to more about the CRIHI plenary, including the introduction of Local Area Networks and a reminder about the good work of Welcome Home.