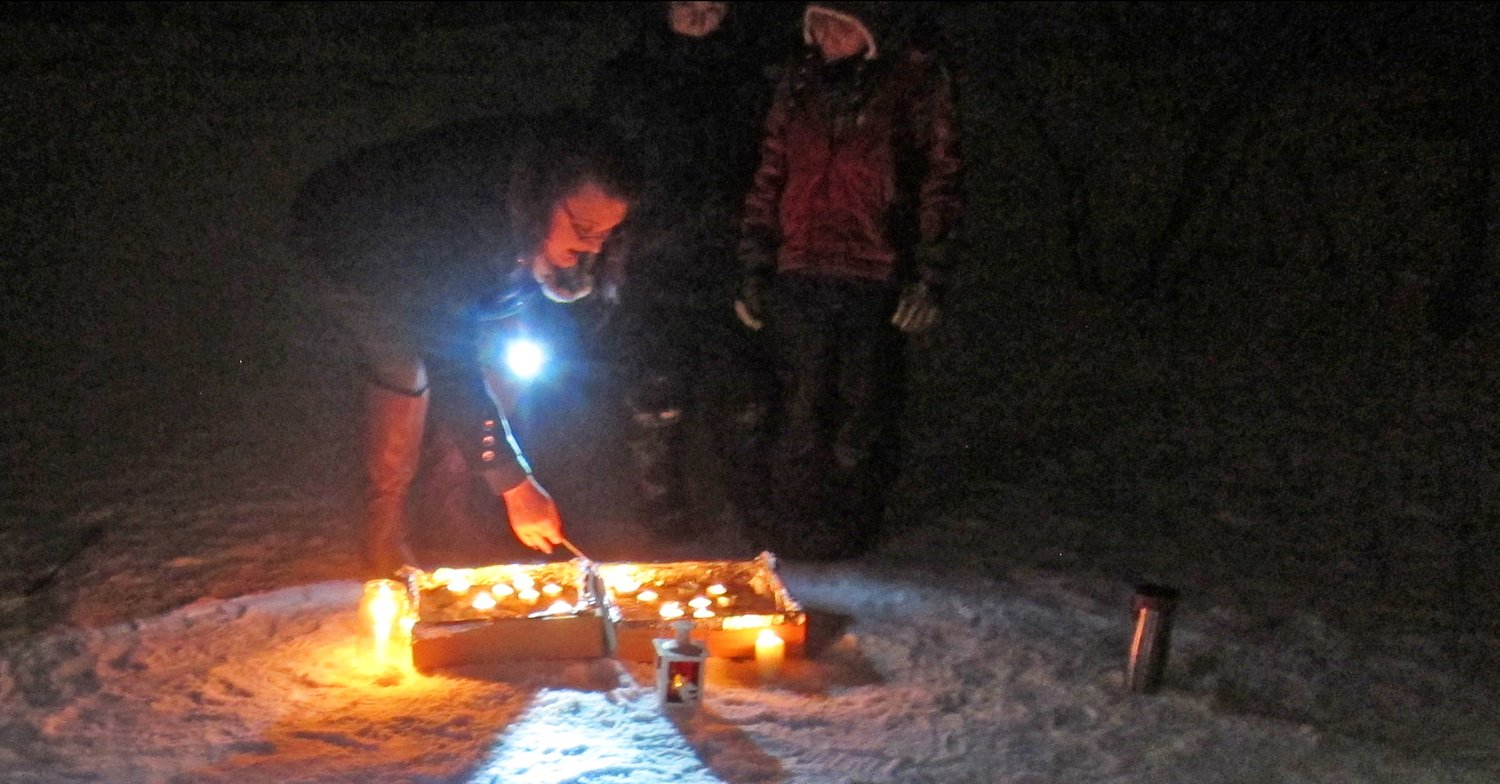 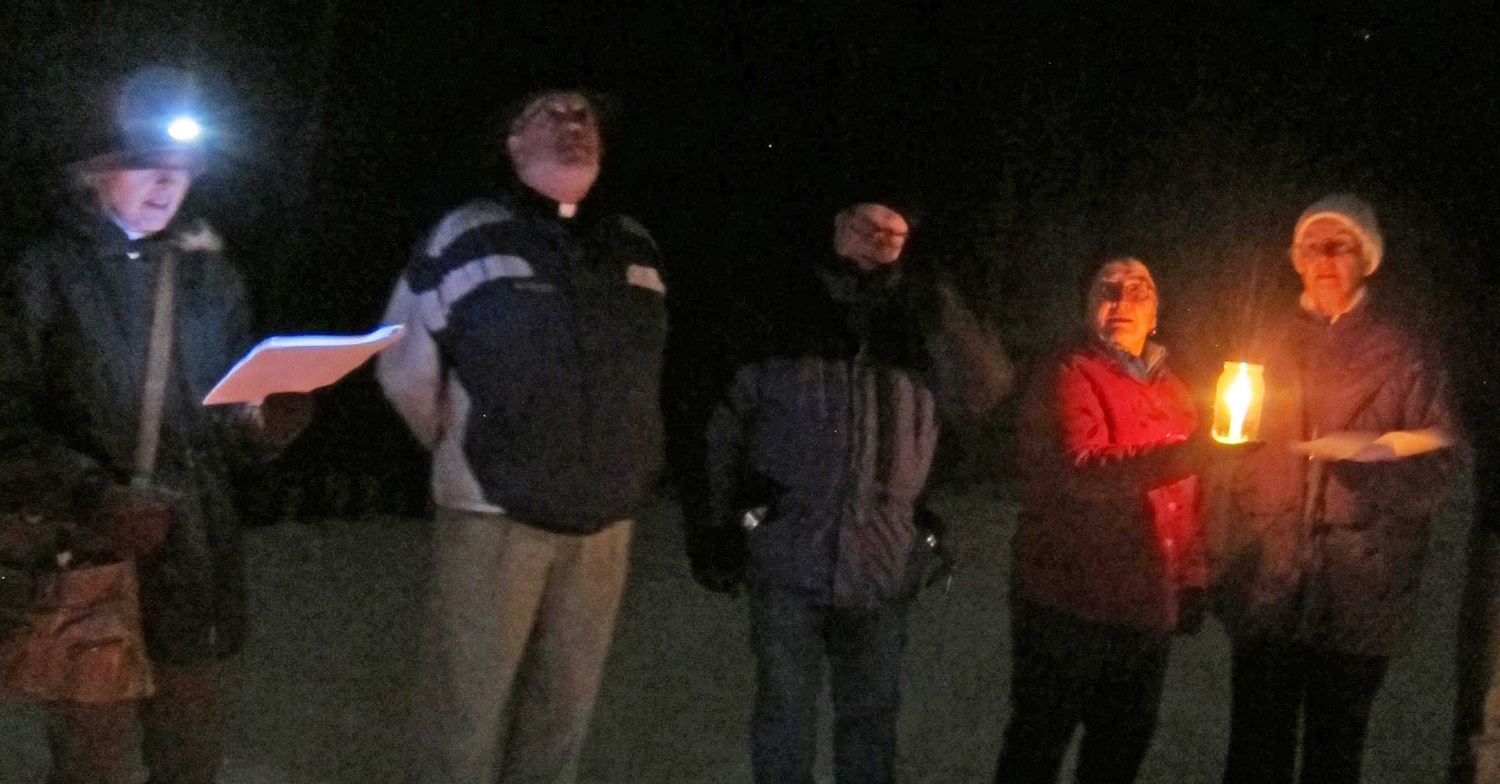 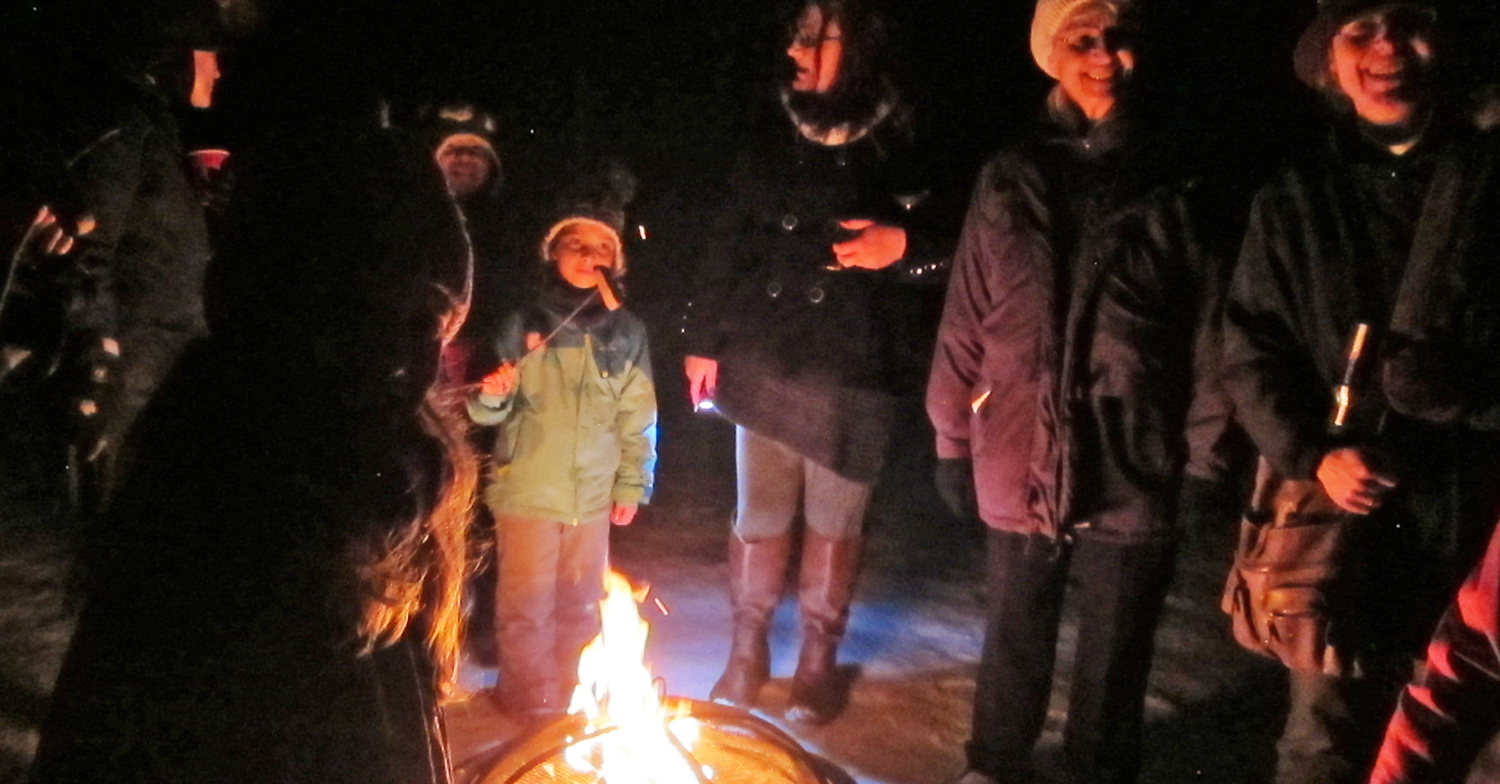 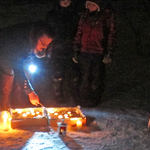 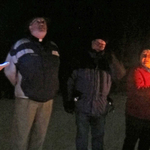 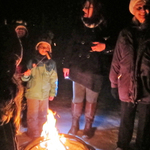 The evening of January 19th saw around 20-25 people bundled up around a bonfire in Mill Creek Ravine. This was no ordinary campfire, though. It was an ecumenical, multi-lingual prayer vigil for Christian unity. The second of its kind, the event was organized and led by lay-leaders in the parishes of Holy Trinity Anglican in Old Strathcona, Trinity Lutheran and St. Thomas d’Aquin. One of the organizers, Heather Coleman, tells the story:

We had already begun to establish some informal ecumenical connections between Holy Trinity Anglican and St. Thomas d'Aquin francophone Roman Catholic parish in the last few years when a year ago, Christiane Moquin, who is a pastoral assistant at St. Thomas, had the idea of a pilgrimage from each of our parishes to meet around the bonfire of the holy spirit in the ravine that runs between the two, the Mill Creek Ravine, in order to celebrate the Week of Prayer for Christian Unity.

I was enthusiastic from the Holy Trinity side and we set to work planning it. Last year, we were lucky to have some help from members of a local Taize group that meets at St. Thomas -- we loved the simple songs of Taize and its ecumenical ethos. Although the two people who led the singing last year were unable to attend this year, we continued with the Taize theme, using some Taize songs and saying together the prayer of Brother Roger, the founder of Taize. We walked from each of our parishes carrying lanterns and met at the fire. The youngest from each group held a large candle from which we all lit votive candles. Then we had a short service of prayer and song, including the sharing of bread. After the service, we enjoyed hot cider and the rest of the bread around the fire. And the children enjoyed some sliding too!

This year, we invited our friends from Trinity Lutheran parish, with whom Holy Trinity Anglican works closely, to join us as well -- and we added some German to an already bilingual French-English event.

Last year's bonfire was a key step in developing a more "intentional" (as they say) ecumenical relationship between HTAC and St. Thomas -- since last spring, we have been praying weekly for one another, representatives have participated in one another's services, a group has met to plan joint activites.

Speaking personally, I think this is a wonderful way to celebrate our multicultural and multidenominational Christian community in the Bonnie Doon/Old Strathcona area. Last Saturday morning, after the bonfire on Friday night, I had to walk from my house in Old Strathcona through the ravine to a meeting over in Bonnie Doon. As I passed the site of our bonfire, I remembered with joy the night before and had a wonderful feeling that the blessing of our event still hung in that place.