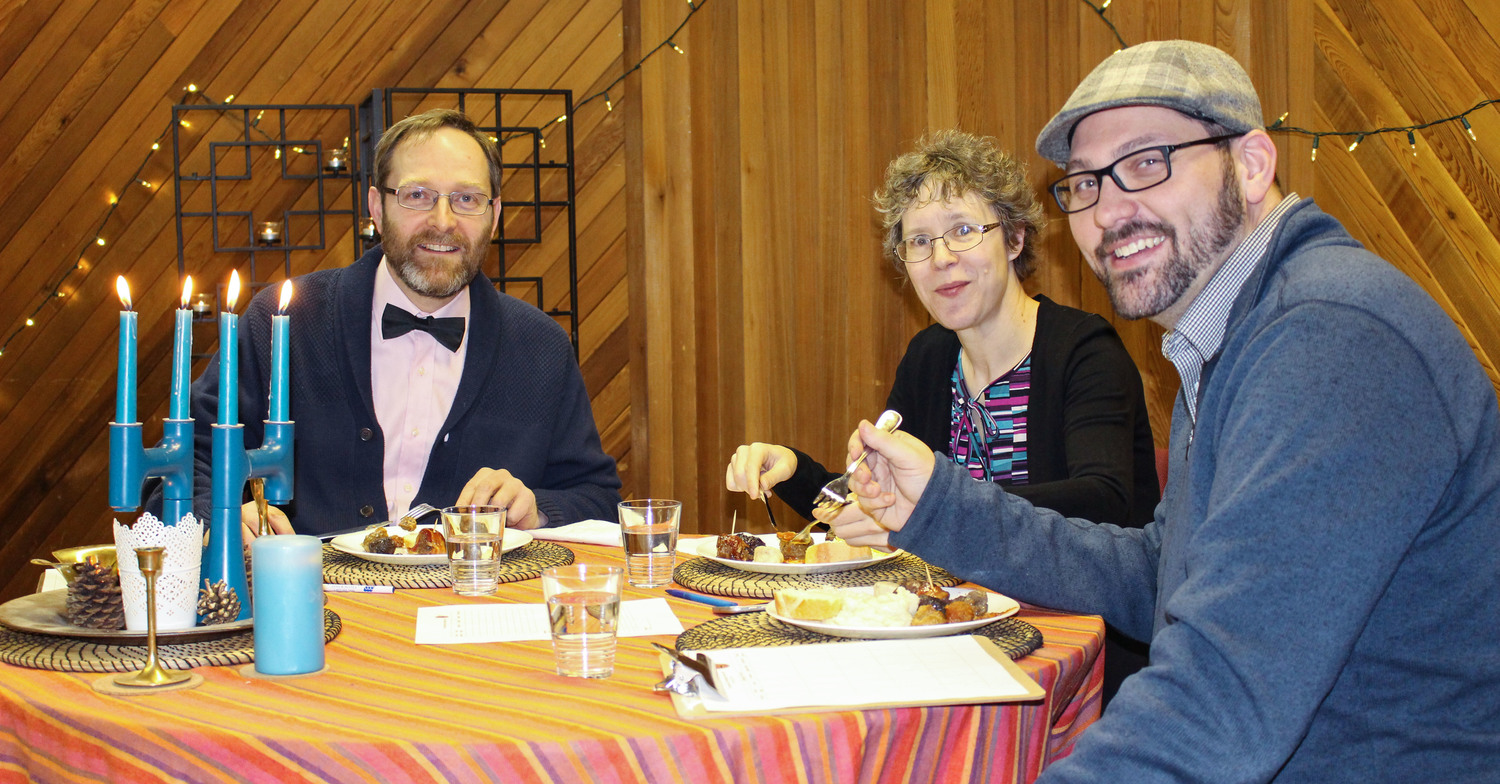 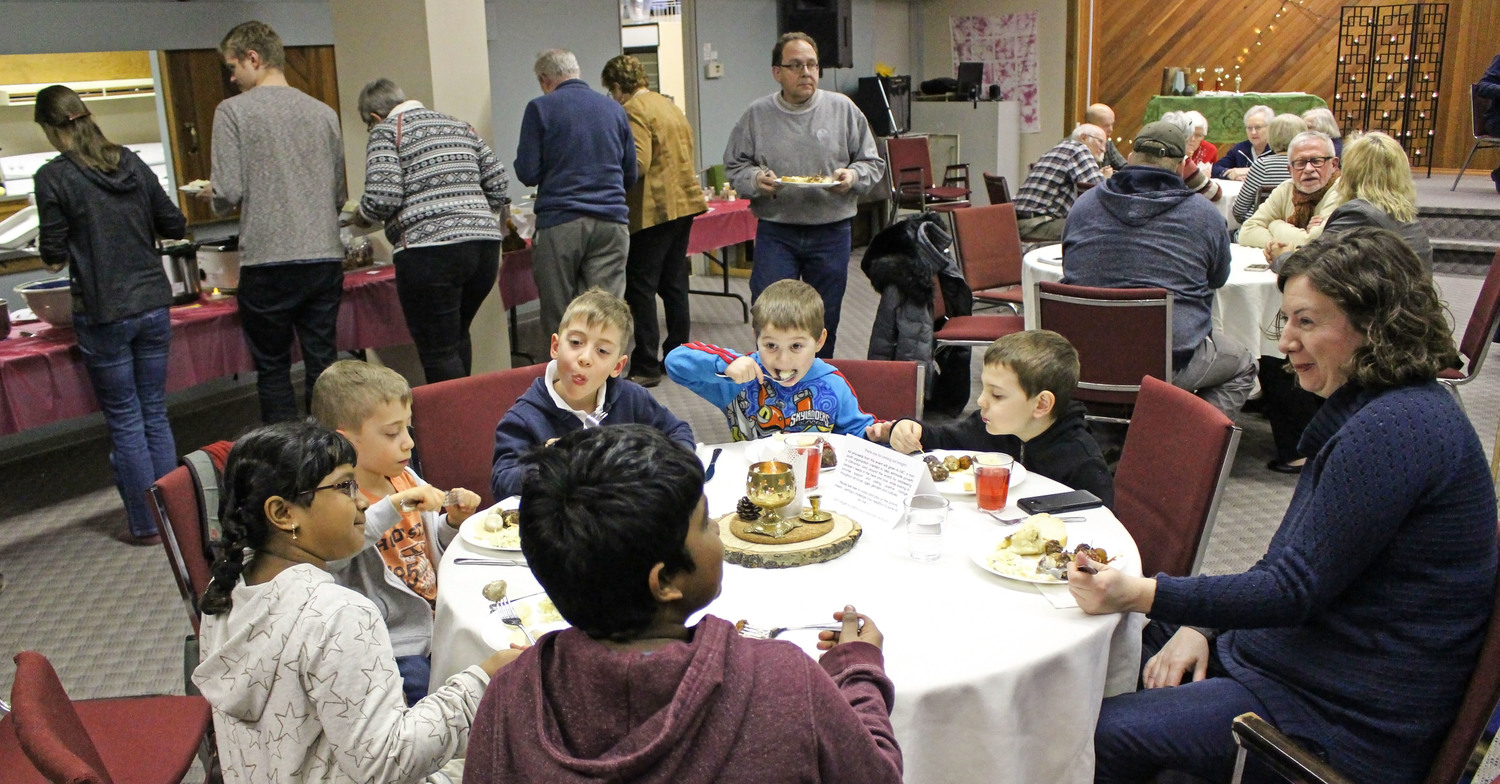 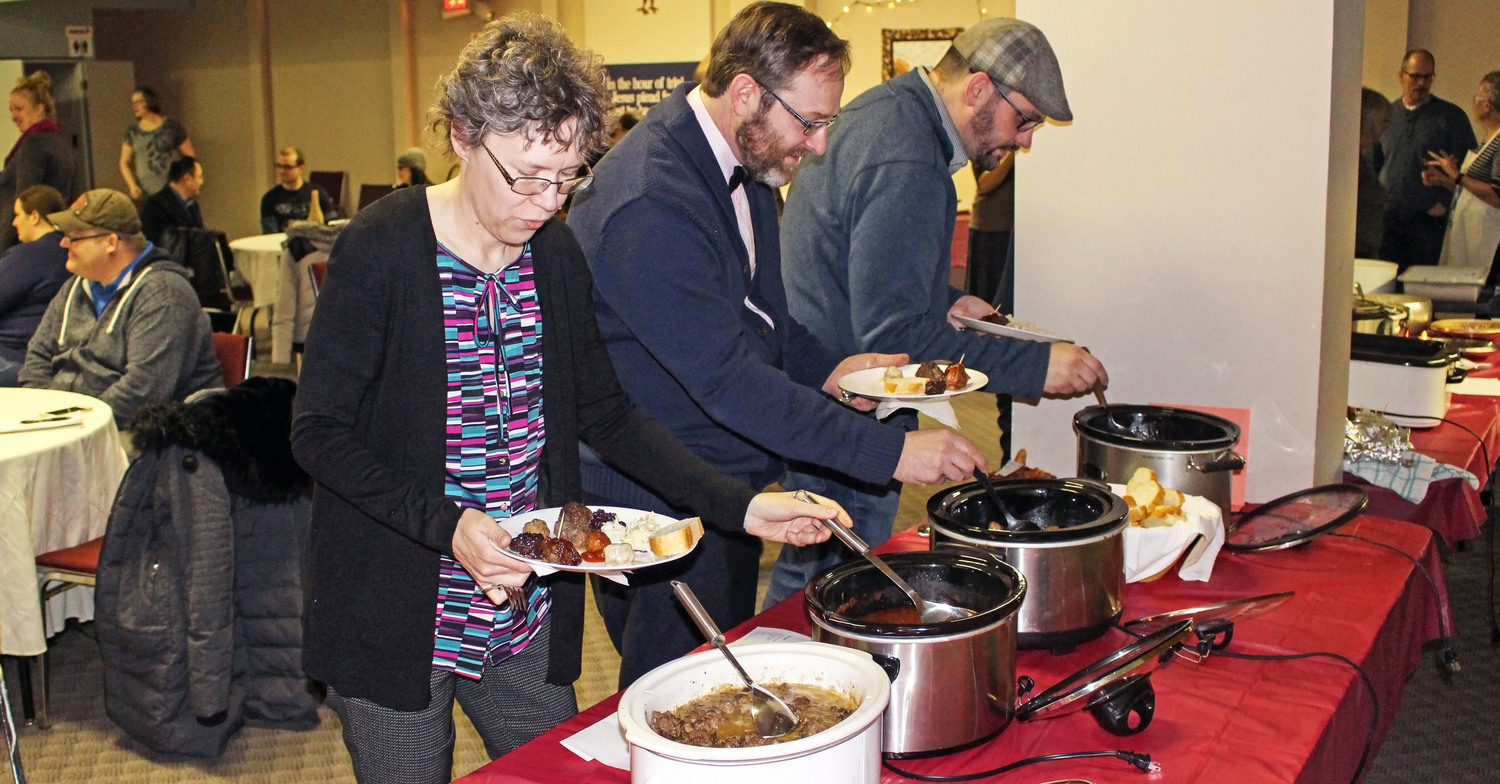 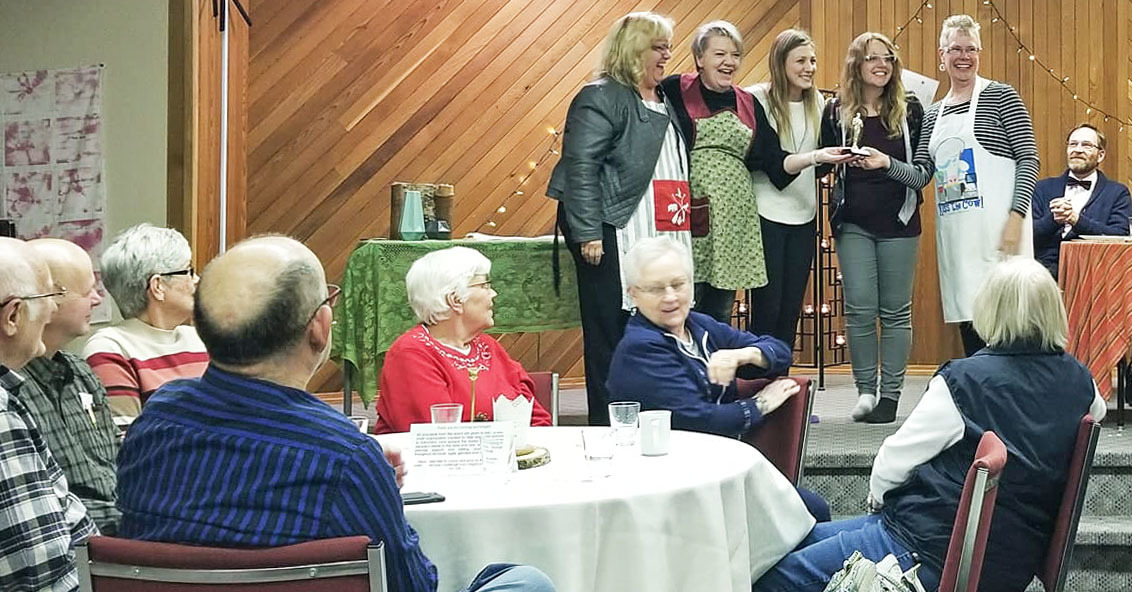 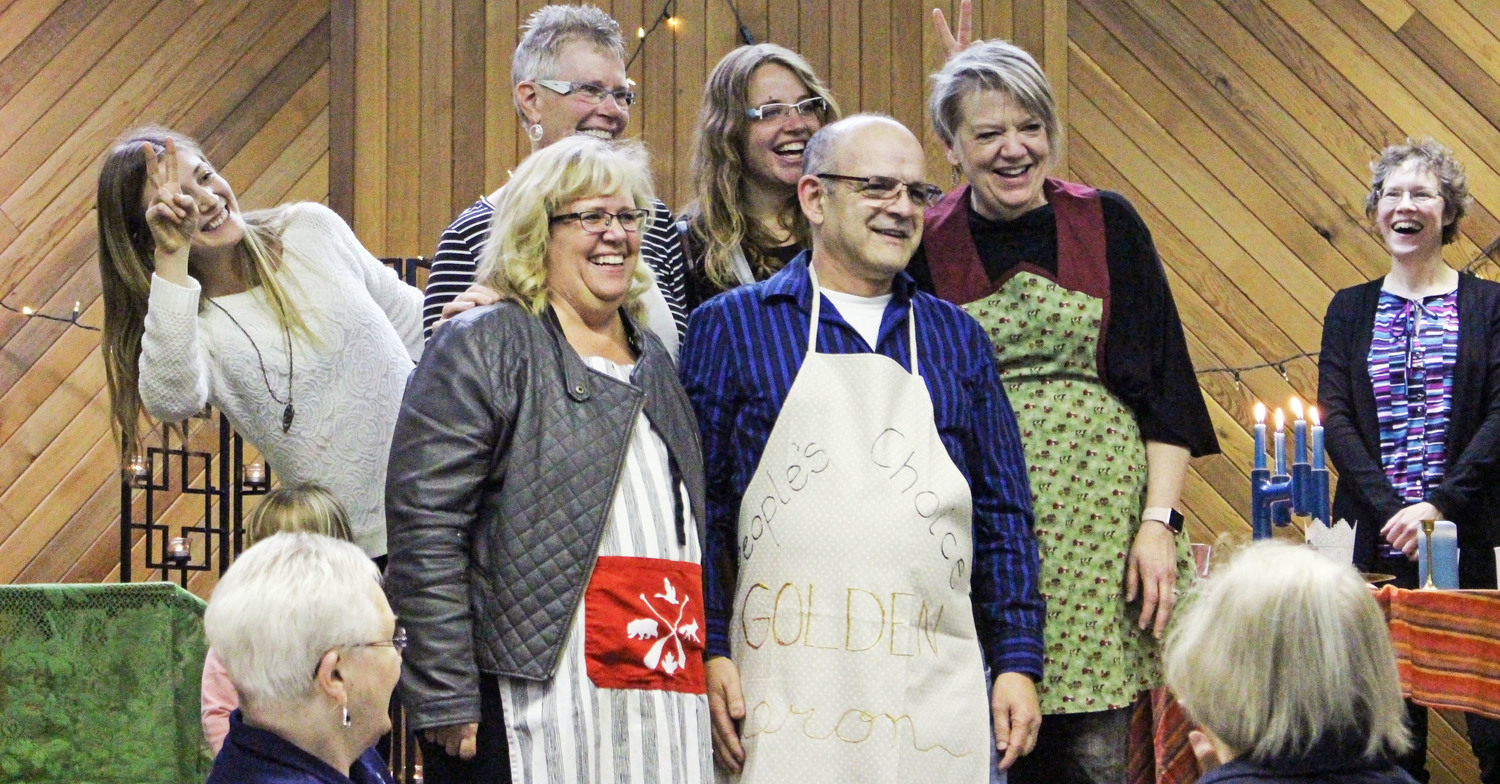 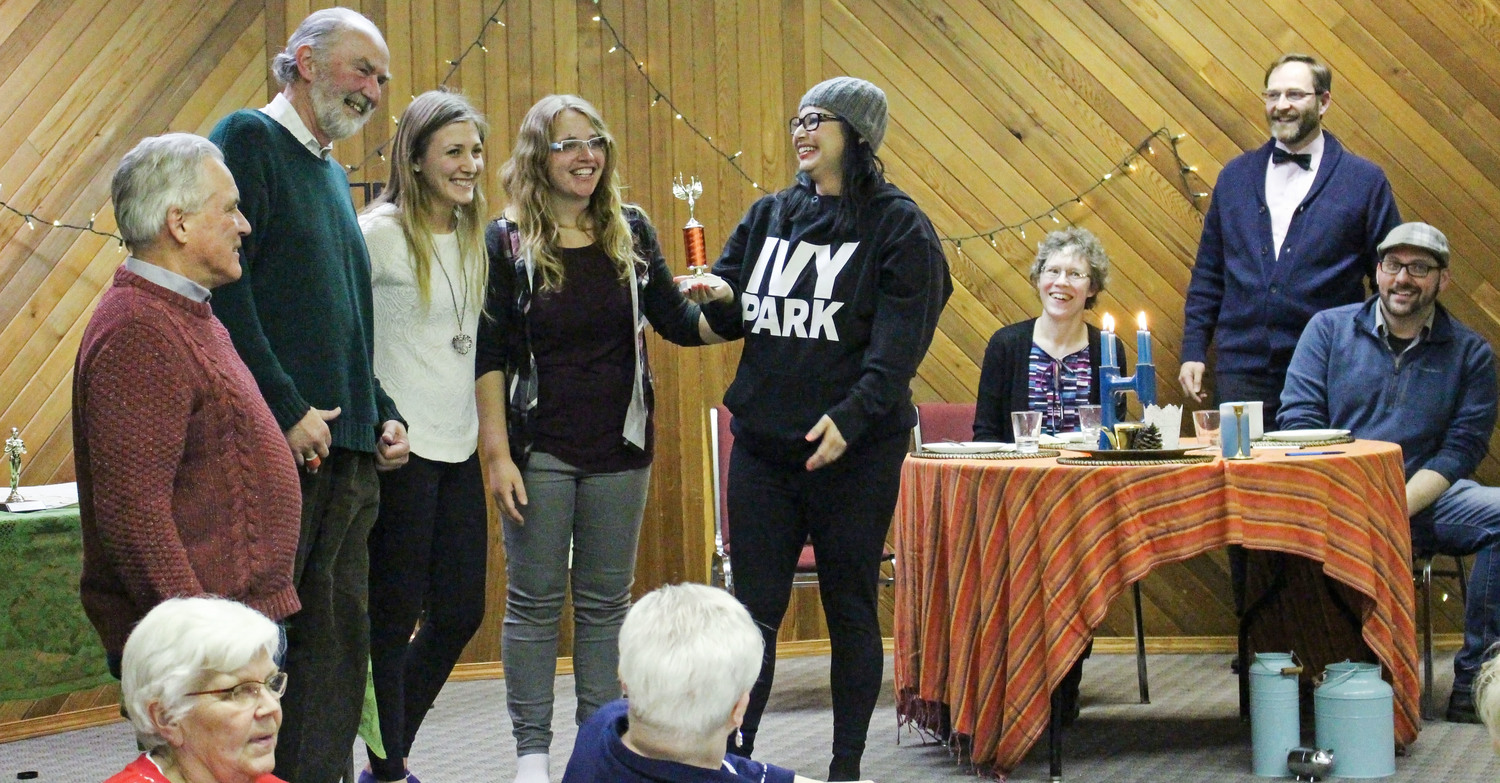 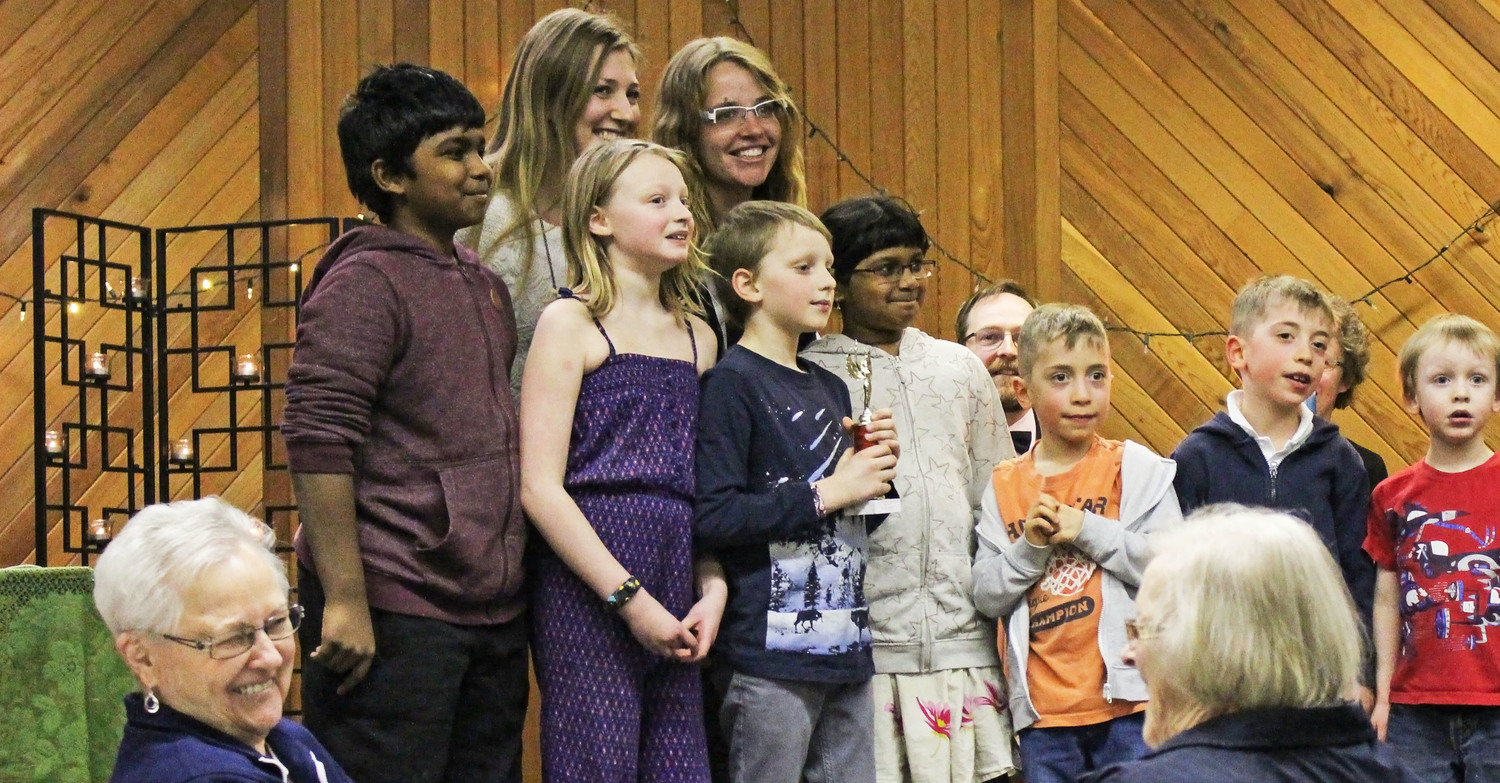 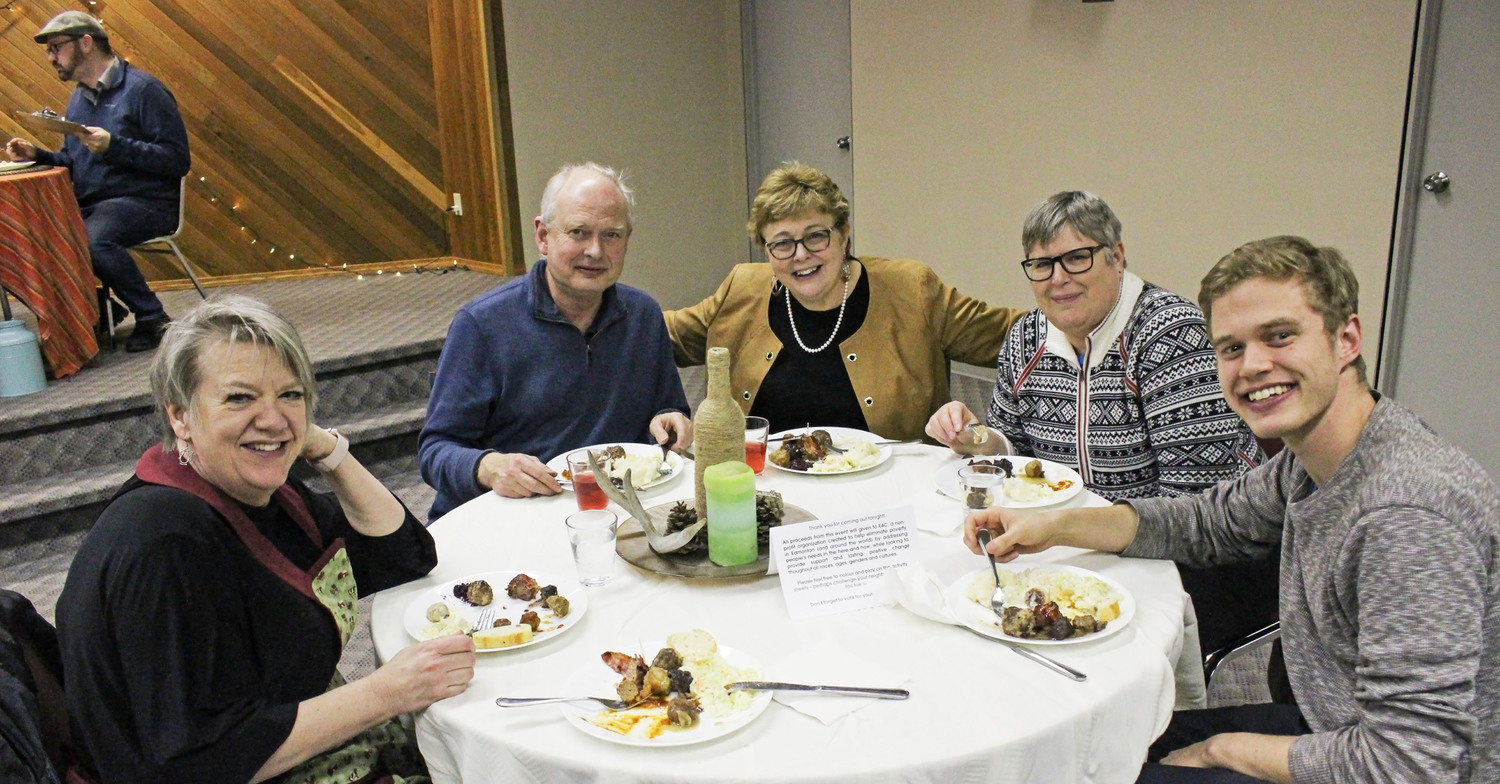 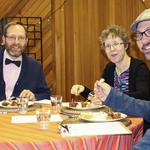 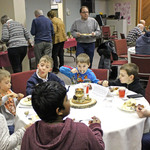 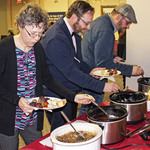 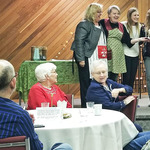 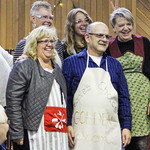 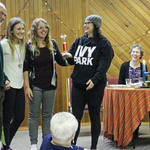 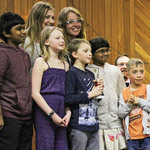 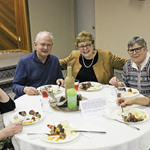 Special events commemorating the 500th anniversary of the Reformation, including conferences, concerts and services, brought Edmonton Anglicans, Lutherans and Roman Catholics together in a renewed spirit of ecumenism. Conferences, concerts and a history-making joint service at All Saints’ Anglican Cathedral that saw bishops from all three denominations formally agree to further cooperation and dialogue, while respecting the differences in their Christian beliefs.

Inspired by these gatherings, members of Ascension Lutheran Church near Bonnie Doon Mall, began talking about ways they could continue connecting with their community. On Saturday evening, March 3, they welcomed leaders from the local ecumenical community and 60 of their friends for an Ecumenical Meatball Cook-off.

“A few of us young adults went out for brunch, as we try to do once a month, and we got to talking about past events Ascension has hosted to bring our own church body together outside of Sunday morning,” said Anna Kochendorfer. “We all remembered having a really good time at a chili cook-off we had between the different committees at out church and thought, ‘why haven't we done that again?’’

“We knew if this event was to happen we wanted it to be bigger than just our church. We had all been influenced by the commemoration of the Reformation in 2017 and wanted to continue with the gathering and fellowship of the Catholics, Anglicans and Lutherans,” she said. The organizers of the meatball cook-off, including Kochendorfer, Erika Rodning, Ingrid Parker and Celia Kinney, invited Faith Nostbakken, Northern Ecumenical Officer, ELCiC Synod of Alberta and the Territories; Julien Hammond, Coordinator of Ecumenical and Interfaith Relations, Catholic Archdiocese of Edmonton; and Canon Scott Sharman, Ecumenical and Interfaith Animator, Anglican Church of Canada; to be ecumenical judges.

While initially surprised to hear about an Ecumenical Meatball Cook-off (“It’s not something you hear about every day, or any day really!”), Scott Sharman said it seemed “the perfect thing to do” to continue the momentum of interest in ecumenism generated by the Reformation 500 events in 2017.

“Now, that's not to say that eating meatballs together has any kind of natural relationship with the work for Christian unity,” he added. “But it is an example of how you can take almost anything (concert, hockey game, fun run) that a group of Christians might do together and open it up into something that builds relationships of friendship.”

Why meatballs? “We wanted to give the younger generation (yay, for the children who won 3rd place!) a chance against the elder generation,” said Kochendorfer. “Our first thought was pie, but knew we would royally lose that competition.”

The judges sampled seven different meatball dishes and, after deliberation by candlelight, determined the taste, texture and appearance of the bacon-wrapped beef balls to be irresistibly good. The audience agreed with the judges, awarding the People’s Choice Award to team Las Tres Amigas: Wendy Grosfield, Joy Berg and Cathy Kochendorfer. “Our thinking was, who doesn’t love bacon?” said Grosfield, commenting on her team’s winning recipe.

Second place went to the 96th Street Chefs - the Inner City Pastoral Ministry trio of Rick Chapman, Jim Gurnett and Michelle Nieviadomy - for their “intercultural” and Indigenous cuisine-inspired toasted pine nut and moose meat balls, served in a Saskatoon, chokecherry and maple syrup sauce. And, as Kochendorfer mentioned, the Meatheads kids’ team bounded up to the stage to accept the trophy for third place.

“The people of Ascension, their enthusiasm about our idea and willingness to help out the day of the event (our Parish Life group made the potatoes and rice and kept the coffee and juice flowing!) were a big part of why we could turn a brunch idea into a reality,” she said.

There was no charge to attend the meatball dinner (which was served with mashed potatoes or rice and dessert), however diners were encouraged to donate to e4c for the life-changing support they give people in the areas of safety, security, food and shelter. The total amount raised was $327.50.

With the success of the first meatball cook-off, Kochendorfer is keen to make it an annual event.

“There are still some ideas that we couldn't put into action this year that we would like to see happen sometime in the future.” she said. “And, of course, we would love to have more teams and taste-testers from all three churches attend!”

“I suspect Jesus never imagined that a group of Lutherans, Anglicans, and Roman Catholics would get together in His name, in a church basement, on a snowy night in Edmonton, to eat meatballs,” said Scott Sharman. “I have to think He's probably amused and well pleased. I'd love to see this kind of thing -- whether it is meatballs or something else -- happen every year.”