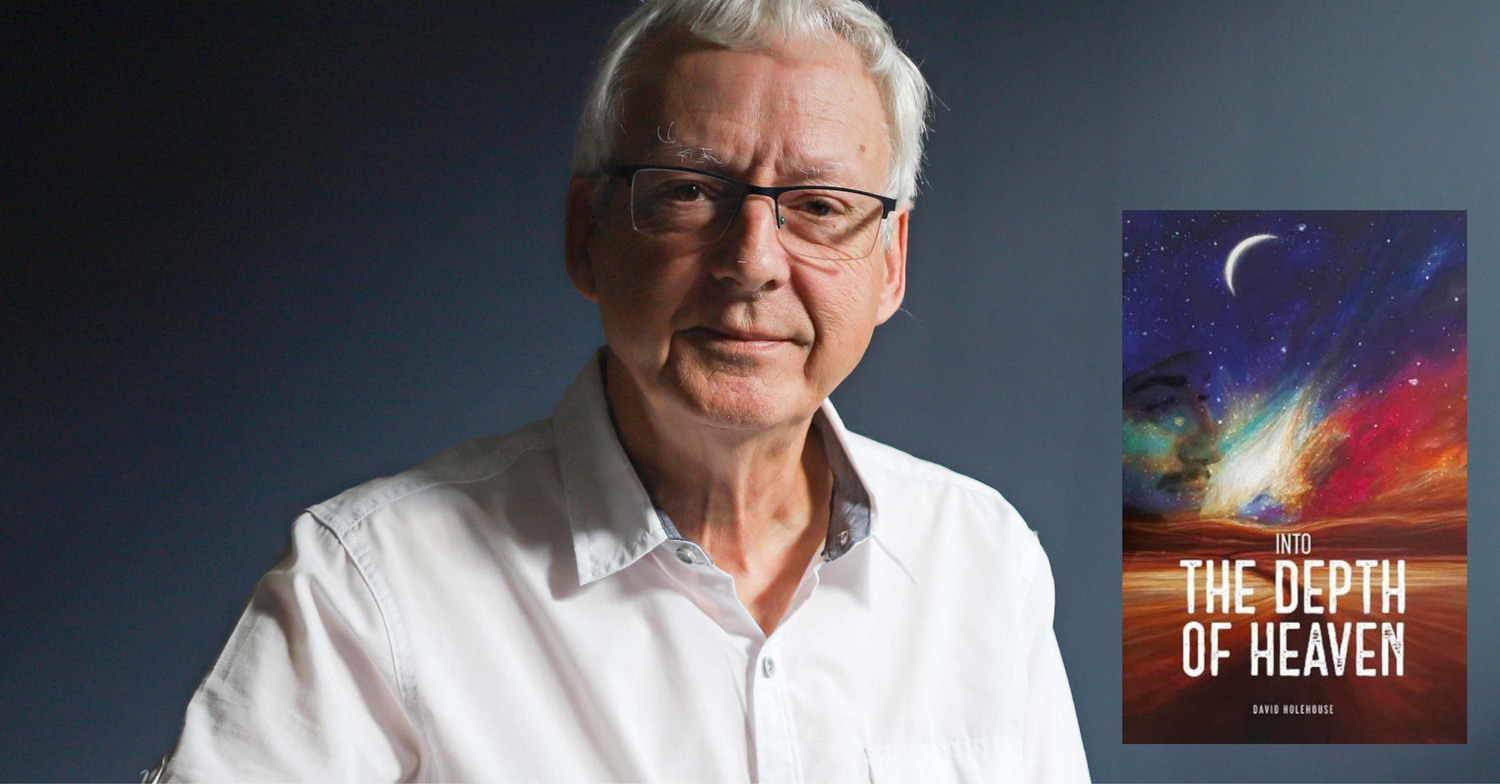 David Holehouse, a member of St. Thomas in Sherwood Park, has written his debut novel, an adventure tale narrated by a teenager who falls in with three eccentric stargazers destined to follow the guiding star to Bethlehem.

Along the way, the young scribe learns more than he ever bargained for about life, human nature and our eternal search for meaning, belonging and loving.

“Every Christmas we hear the words, ‘wise men came from the east.’ But who were they? Where did they come from? Why did they undertake their arduous journey?” These are the questions Holehouse seeks to answer in Into The Depth of Heaven (depthofheaven.com).

Their pilgrimage begins in a town along the River Tigris, just south of Baghdad. “It’s a crossroads for routes to Egypt and what are now Israel, China and India,” he says. “People had a strong belief for astronomy, magic and all the demons and deities that would either bestow wonderful things on you or send terrible things your way.”

Intrigued by the Magi’s untold story, Holehouse embarked on a seven-year study of what life was like in the fertile crescent – Old Babylonia and Mesopotamia – the region which today encompasses Syria, Iraq and Iran.

“It was a very interesting time,” he says. “I delved into a huge amount of scholarship on cosmology, society, politics and military of the time - people can debate whether it’s truth or fiction – from universities in Finland, Baghdad, Spain and Britain.”

Holehouse says Babylonian civilisation was advanced and, “in their minds, they knew their exact place in the universe. They had actually calculated what they deemed to be the distance from earth to the furthest reach of heaven.

“They recorded, over hundreds of years in the Babylonian diaries, things like the height of rivers, the flights of birds, the price of barley, the position of the planets which allowed them to inform the king. Their agriculture was very sophisticated. They invented the seeder plough and were able to feed themselves copiously. Many things we think were invented by the Greeks were actually invented by the Babylonians.”

The book incorporates much of what Holehouse learned about the seasons, astronomy, mathematics, language and a surprisingly well-developed system of international trade in an area that was and still is in political turmoil.

He thinks it will appeal to older teenagers or anyone with an interest in history.

“This is a pre-Christian book that leads up to the best gift ever. “It’s the love story.”

As a former journalist, writer and professional communicator, Holehouse has “always loved words and history.” He has collaborated with other authors, such as late Métis leader and community builder Herb Belcourt on his Belcourt's memoir A Walk in the Woods.

The book’s cover, illustrating “light and hope coming into a dark, unpredictable world,” was designed by Nicole Riel, a Victoria artist Holehouse met when publishing The Edge, a forest Industry magazine.

In writing the book, Holehouse learned that in some ways “people haven’t changed. Pride has caused many a downfall, and there’s always been tension between religious and ethnic groups.”

You can pick up an autographed copy of Into the Depth of Heaven on October 23 at Chapters, South Edmonton Common, where Holehouse will be doing a book signing. The book is also available, anytime direct, from dwholehouse@gmail.com or as an e-publication at https: store.bookbaby.com/book/into-the-depth-of-heaven You can also check it out at the Strathcona County Library.

“I’d love to write more books," says Holehouse. "There’s so much fascinating stuff about medicine, politics and religions of that time. There could be a prequel. The sequel, of course, is the Bible."