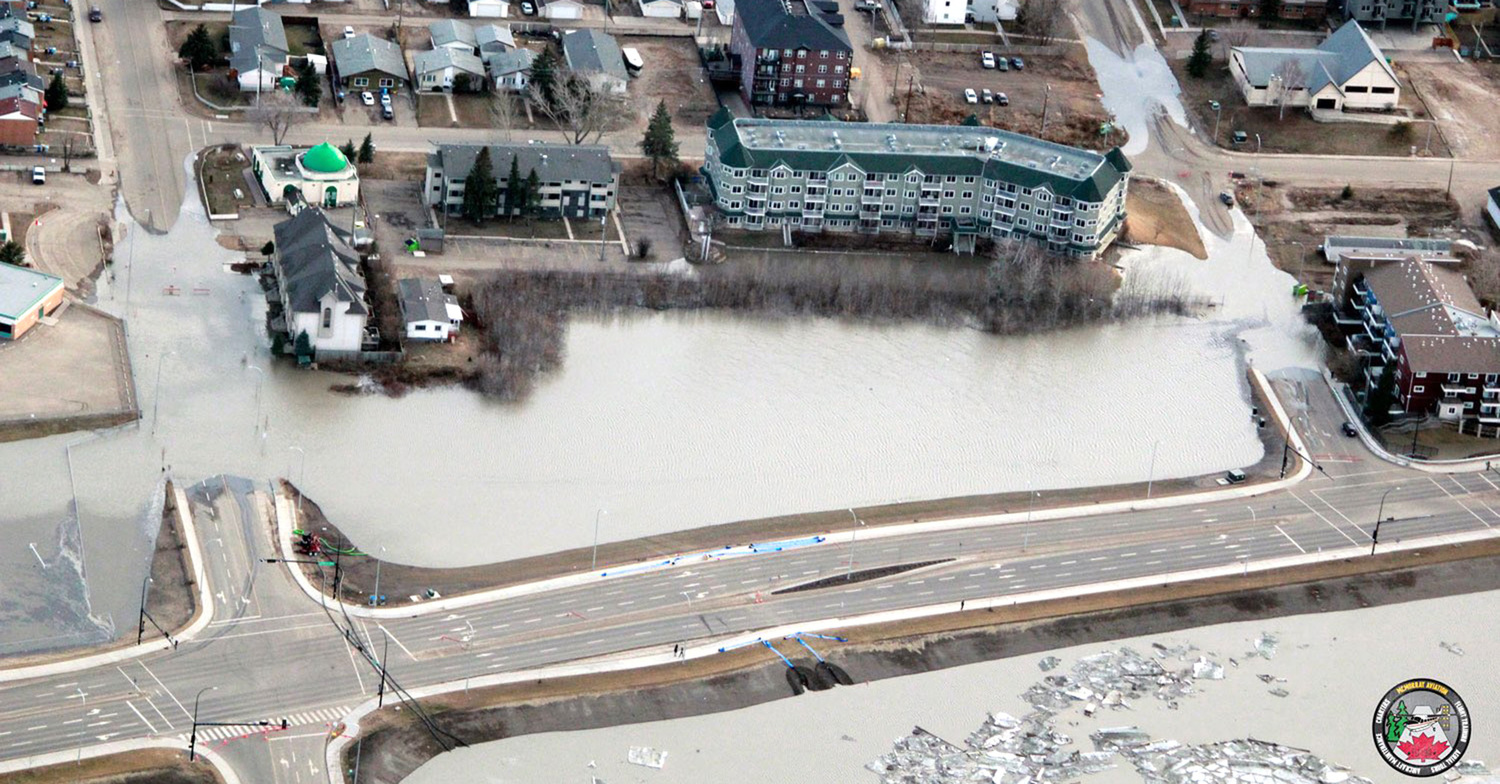 Immense ice jams in two of the great rivers which wind their way through the Athabasca diocese have resulted in the flood of the century in Fort McMurray, further damage to the Athabasca synod office and St. James’ Cathedral Hall in Peace River, and extensive damage to businesses in Fort Vermilion.

When early pioneers of the Anglican Church in what is now known as northern Alberta put down roots, they arrived from the north, via the Athabasca and Peace Rivers. It was common for churches to be built along a trading route. When flood waters engulfed the communities of Fort McMurray, Peace River and Fort Vermilion at the end of April, some of these churches were put to the test.

A 25-kilometre ice jam on the Athabasca River created havoc for Fort McMurray and came very close to All Saints’ church in the downtown area. The flood approached protective berms about 100 feet from the church. However, the church was not to be spared as water from storm sewers escaped into the drains of the church and surfaced within the building, rising to about six inches above the baseboard level. Again, quick response helped mitigate major damage. Sadly, the homes of six All Saints’ parishioners sustained damage, some of which was significant.

When an ice dam formed at Pat’s Creek in Peace River the underlying water had to go into the lower part of the town, which, once again, caused great flooding. The Athabasca synod office fell victim when water entered the lower part of the office building. About six inches of water filled that level. This happened on Saturday night to early Sunday morning. The town responded quickly with berms to mitigate the flood. Bishop David and Administrator Kelinda MacRoberts were quick to respond and found themselves on the Sunday afternoon cleaning up and dealing with the aftermath. Assessors came in quickly and specialist restorers were brought on site to complete repairs.

Next door to the synod office is St. James’ Cathedral, the main part of which is situated on much higher ground. However, the church hall is located at the same level as the lower synod office. Here the water had easier access and came in to a greater degree. The hall suffered damage to the floor, walls, cupboards and kitchen appliances. A quick response to this major loss likely prevented further damage. The renovation company had completed much of the work less than a week after the flood occurred. The main area of the cathedral was not affected at all.

The community of Fort Vermilion suffered horrific damage to parts of the town when the Peace River jammed with ice. Built in 1965, St. Luke’s church and rectory sit on higher ground and were spared flood damage. Retired priest the Rev. Canon Hermann Dittrich said both buildings would have been affected had the water level risen four feet higher. As it is, the cemeteries of the Anglican and Roman Catholic churches were under water for a time. The flood resulted in the evacuation of 450 people from their homes and businesses reported water seeping in to above waist height. Less than two days later, Dittrich reported that the water had dropped by 12 to 14 feet.

Please continue to pray for all those affected by these damaging floods. During this time of pandemic such losses are even more traumatic.