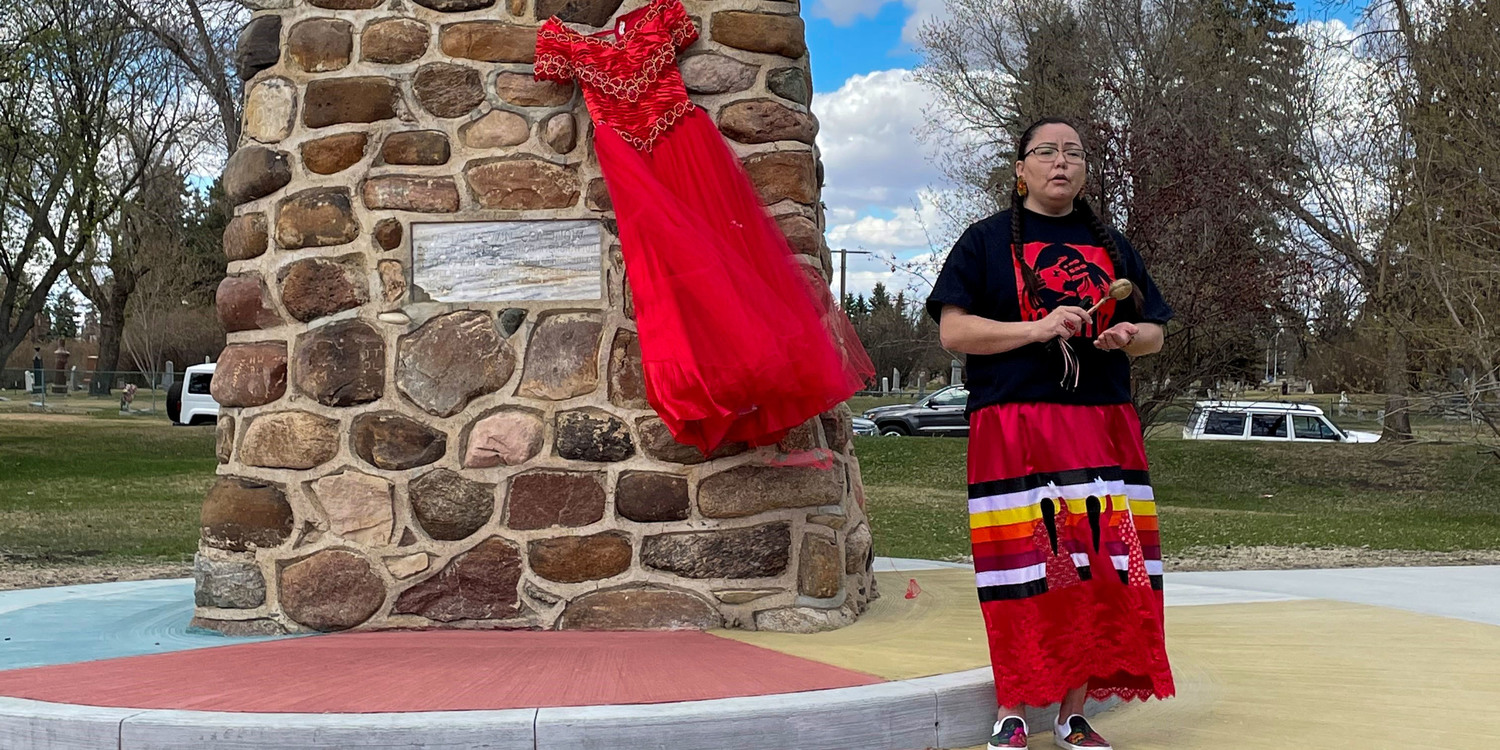 Communities all across the diocese found different ways to remember and honour the murdered and missing Indigenous women, girls and Two-Spirit people (MMIWG2S). People posted on social media to bring attention to this important issue.

The Reconciliation Team of Immanuel, Wetaskiwin placed red dresses and educational information in two of the city’s parks during the week of May 1 to May 8. Gloria Rogers, the lead on this campaign, said the team's effort was to bring the issue to the forefront of the community. It was Rogers who brought the idea to the team and found most of the red dresses used in the installation. About 35 dresses were hung in the two parks.

On Saturday, May 1 a group of adults and children arrived in Jubilee Park to participate in a smudge, to pray together, to watch the dresses being smudged, and then help display them in the park. The team went on to By the Lake Park to complete the installation. Along the way, people asked the team walking the trail about what they were doing, which led to lovely conversations. The team has also since noticed people stopping to observe the dresses and posting photos.

On May 5, Red Dress Day, a small group gathered at the Peace Cairn in Wetaskiwin. This cairn remembers the 1885 Peace Treaty between the Nehiwayak and the Siksikawa peoples, a significant event for both Indigenous and settler peoples in Wetaskiwin. The group was led in prayer by the Rev. Hugh Matheson, rector of Immanuel, Wetaskiwin. Cheryl Montour, from Maskwacis, sang an honour song for the murdered and missing women, girls and Two-Spirit people.

Immanuel parish and its Reconciliation Team have made reconciliation the mission of the church. This work includes education, conversation and action. The team is grateful all three of these occurred during this week. It is hoped that a similar event will happen next year.