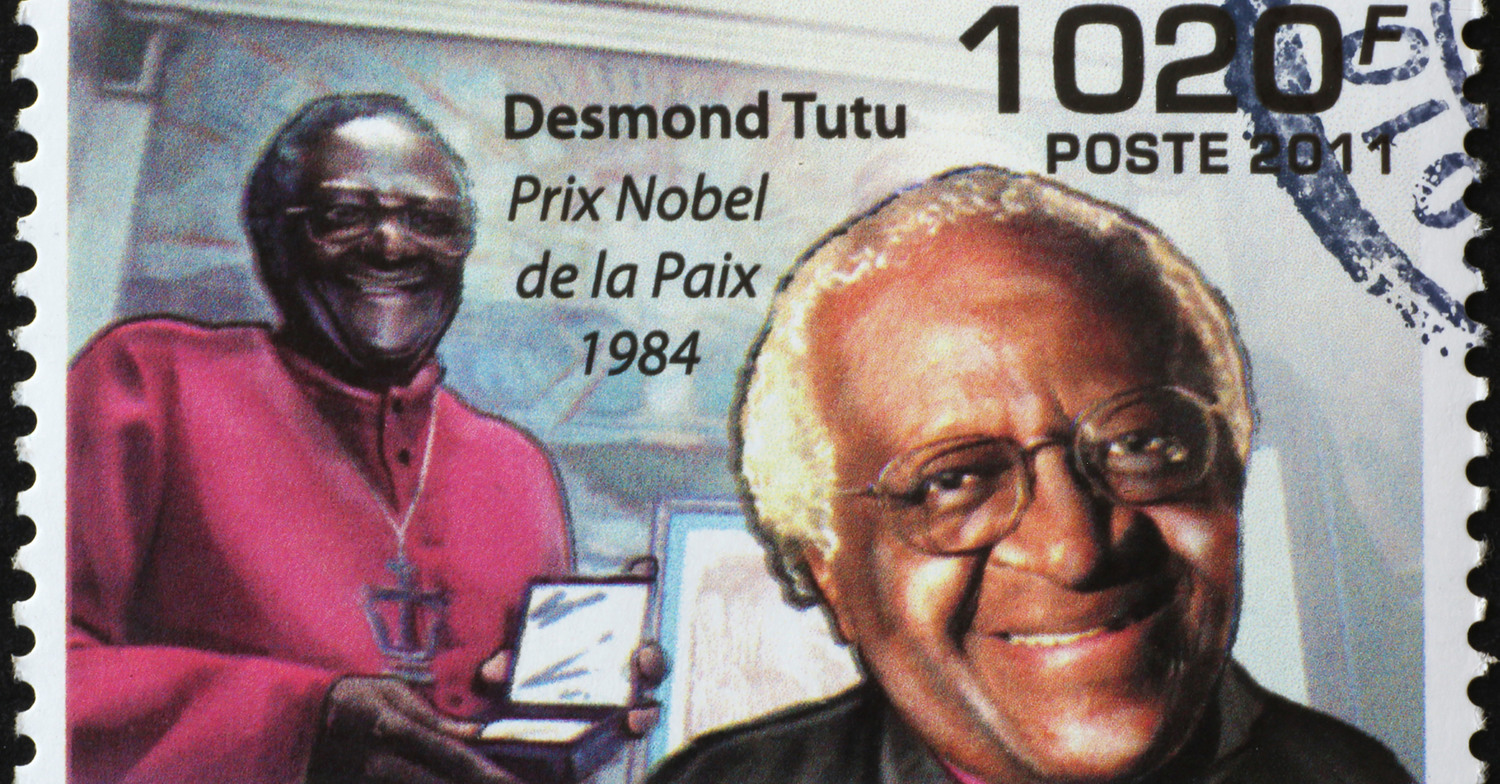 For our February issue, The Messenger invited Dr. Stephen Martin to share his thoughts on the late Archbishop Desmond Tutu's legacy.

Desmond Tutu told two stories from his childhood. The first recalled the day young Desmond was in a shop with his father and watched, helpless, as this proud schoolteacher was humiliated and called 'boy' by an uneducated, white shopkeeper.

In the second story, young Desmond was walking down a street with his mother, a domestic worker. He saw a white priest wearing a black cassock walking towards them. Desmond prepared to avert his gaze. But as they passed, the priest took off his hat and bowed. This was the moment Desmond Tutu met Fr. Trevor Huddleston, the man, he said, 'who changed my life.'

Only later did he realise 'the extent to which it had blown my mind that a white man would doff his hat to my mother. It was something I could never have imagined. The impossible was possible.'

The impossible is possible. This sums up well the substance of just about every sermon I ever heard Desmond Tutu preach.

Desmond Tutu died on the First Sunday of Christmas 2022, in his 91st year. The announcement of his death saw a remarkable outpouring as the world paid tribute to this tiny man whose presence filled every room he entered. My social media feed was filled with stories and photos and people recounting how personally meeting or hearing or reading him had changed their lives.

And it was not just Anglicans, or Christians, or even people of faith who paid tribute. For Desmond Tutu was truly a global figure. Recognised as the voice of the Black majority in South Africa, he emerged from personal hardship (he survived polio and tuberculosis as a child), and the tragedy and suffering of that country to be awarded the Nobel Peace Prize in 1984. A year later he became the first Black Archbishop of Cape Town. Despised by many whites at home, his call to isolate the Pretoria regime through economic sanctions rallied most of the world. He led South Africa from the status of a global pariah to a universal symbol of hope, captured in his phrase 'the Rainbow People of God.'

Tutu’s ability to see the possible in the impossible embodied what Walter Brueggemann calls 'the prophetic imagination.' Like Moses standing before Pharaoh, he fearlessly denounced injustice and demanded freedom, even condemning the new South African government and warning that he would 'pray for its downfall' as he had for the old. Like Jeremiah, he wept over Jerusalem as the pain of the past was revealed in the Truth and Reconciliation Commission.

That Commission, the product of a negotiated settlement, became the nation’s confessional, with Tutu as its priest. Convinced that humans are 'made for goodness,' he spoke of a just and reconciled future as 'God’s Dream'—not just for South Africans but for Palestinians in Israel and for First Nations in Canada, for LGBTQ people and for the earth itself. 'God’s dream' knew no borders. For this reason, he was called, “Archbishop of the World.”

At his death, South African President Cyril Ramaphosa announced 'a category one state funeral' for Tutu. It turned out to be a Requiem Mass. Tutu’s body, in a simple and unadorned, pine coffin, lay in state in front of the altar at St. George’s Cathedral in Cape Town. Citizens turned into pilgrims as they filed past it. The Mass was broadcast to the South African nation and to the world. Nothing was held back as Anglo-Catholicism merged with African culture, homily with praise poem.

Those who knew Tutu best would not have been surprised by any of this. For behind Tutu the global icon, Tutu the activist, Tutu the voice of the voiceless, was Tutu the Anglo-Catholic. His famous African humanism arose within the South African context and was shaped within the contemplative disciplines he learned from Huddleston and the Mirfield fathers. His sense of purpose was formed in hours spent daily in the presence of that 'blazing furnace of love' he called 'God.' Tutu began every day with the Eucharist. His assistants had to organise his schedule aware that pausing for the Angelus at noon was non-negotiable. They would burst into his office amid a national crisis only to find him prostrate in prayer. Cynical journalists witnessed him sitting on a plane bringing out chalice and paten from his briefcase for a spontaneous celebration of the Eucharist. Fellow activists tell of his stubborn refusal at times to listen to their advice, convinced he had heard from God. (One day in September 1989 is legendary, and Tutu was vindicated in the result). Members of the TRC gave up trying to stop him from opening proceedings in prayer. Indeed, they insisted he wear his purple cassock and cross, so identified were they with his public image. At the meetings I attended in 1997, Tutu spontaneously broke into a hymn after representatives of the Dutch Reformed Church, the church that gave apartheid it's blessing, concluded their testimony. We could not help but join in. After all, we had just seen with our own eyes that the impossible was possible.

Tutu once said that the very worst thing one human being could do to another was to make them doubt they were a child of God. That’s why apartheid was evil: it rendered the image of God, the very dignity of being created human, invisible. It was for that very theological reason it had to be destroyed.

This brings us back to that day that changed Desmond Tutu’s life. Fr. Huddleston’s bowing to Tutu’s mother was more than a simple greeting. It was genuflection. This simple washer-woman was like the Presence Lamp in the sanctuary. And we should all feel the same urge, he said, when we encounter a fellow human being. For in that person, whoever they are, is the presence of God. It was that conviction that lay at the heart of Desmond Tutu’s witness to God’s Dream: that we might recognise and realise God with us and in each other.

Stephen Martin is Professor of Theology at The King’s University. He did his doctoral work in South Africa, and part of it involved research for the Truth and Reconciliation Commission. He is co-editor of Facing the Truth: South African Faith Communities and the Truth and Reconciliation Commission (Ohio University Press, 1999) and has written extensively on the South African church. He is married to the Ven. Susan Oliver Martin, rector of Christ Church, Edmonton. They have two children.