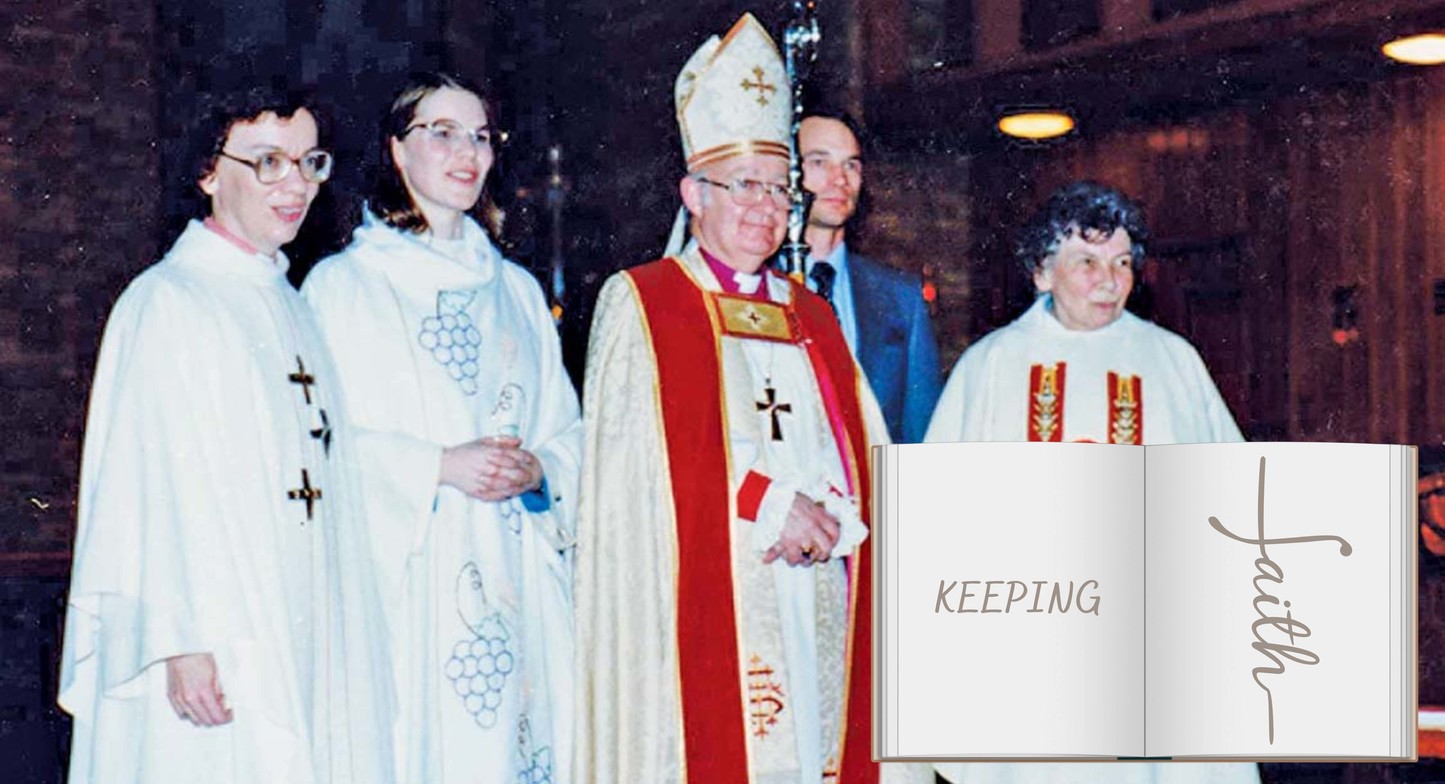 In 2016, I found myself casting about for another person to interview. I had not conducted one since November 2012. The intervening years had been difficult. My sister had died of a very aggressive brain cancer (10 weeks from diagnosis to death) at Christmas 2012. Soon after that, my oldest brother broke his back, and for a time his ranch in the backwoods of BC, where all my family live, hung by a thread. While he was in the hospital having steel rods inserted to support his spine, my mother was diagnosed with colon cancer. She died in February 2015, while my husband Joe and I were driving through the mountains in the hope of seeing her one last time. During those years of grief and worry, Caroline Howarth and I produced Things Donne & unDonne for the diocesan centennial, I transcribed the interviews that I’d already recorded and struggled to create a form for them, and I plunged into past Synod Proceedings and other sources to gain more understanding of Anglicans and this diocese.

But now the time had come to gather more stories. So when Bishop Jane mentioned that Kathy Bowman was one of the first women to be ordained to the priesthood in our diocese, I pounced. Kathy swiftly responded to my email request, and we met in the Synod boardroom a day or two later. Complete strangers, we sat on the same side of the big oval(ish) table with our chairs quite close and at an angle, facing each other. Strangers we might have been, but Kathy shared her memories of those earlier times with a forthrightness I hadn’t anticipated, and I soon realized that she would consider probing questions carefully and answer them fully and searchingly. I’d come to the interview feeling bruised and tentative, wondering what it might mean to be a person of faith within the Anglican tradition. Kathy’s willingness to reflect on the questions that perplexed me proved a balm to my troubled soul. Here is an excerpt from her story:

As I look back, it's hard to remember what my faith was when I began. I found that God was always bigger than I figured, and I think that is continuous, and I think that’s probably a common thing. When you start out you’re trying to get a handle on it: 'Well, God is like this or is like that.' But you realise from a lot of experience that God is always more. I find God in very unexpected places, or in unexpected people. So faith becomes much broader. For example, if you’re keen on church, you always put God in the church, and you figure everyone outside the church isn’t much of a Christian, or they’re just a token Christian. But after a while, you get to know a person or two, and you realize that there are people who are very, very active Christians who have no connection with the church. And you think, 'Okay, there’s a broader picture here than I know.'

The Backstory:  Why the Stories Were Made

About Our Diocese
Our History