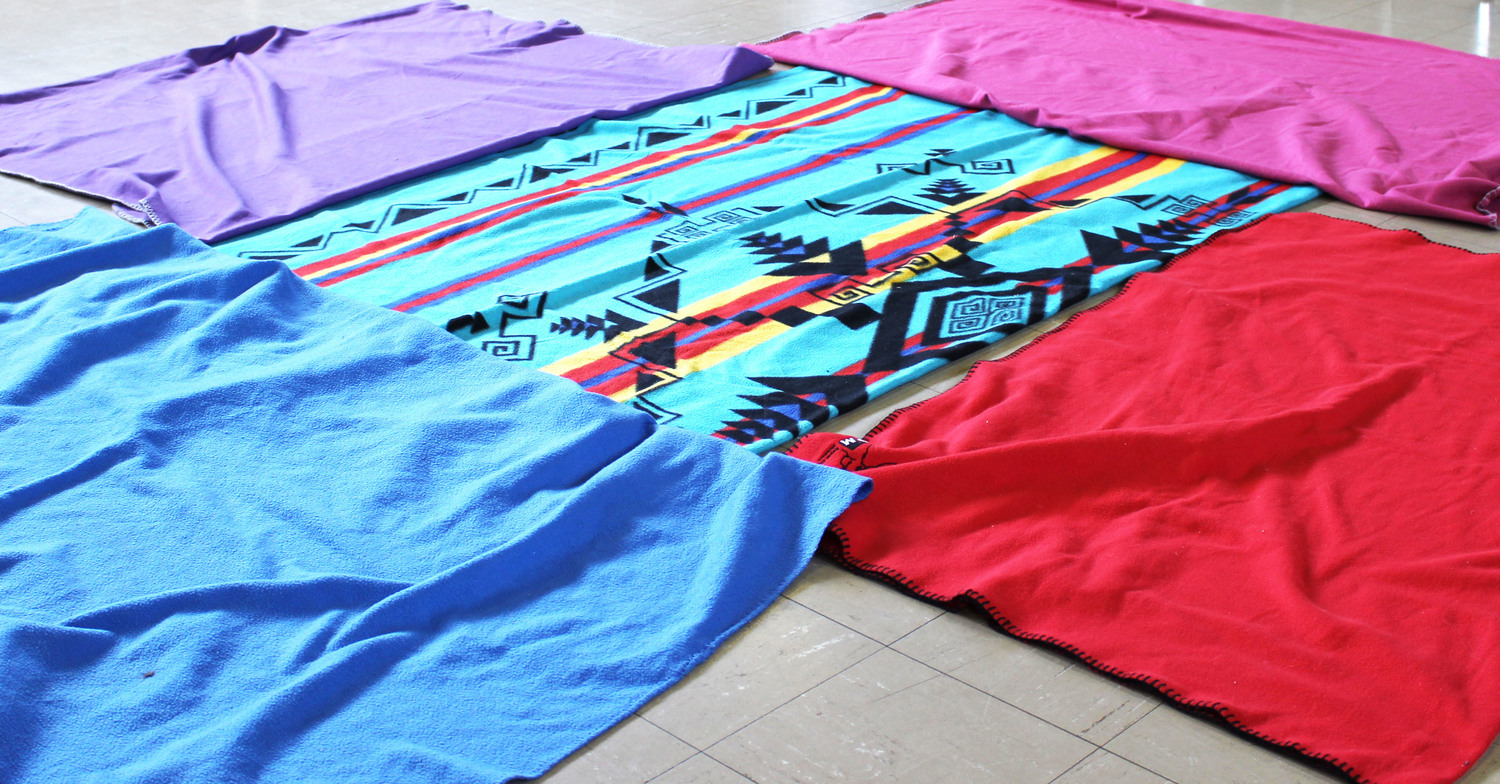 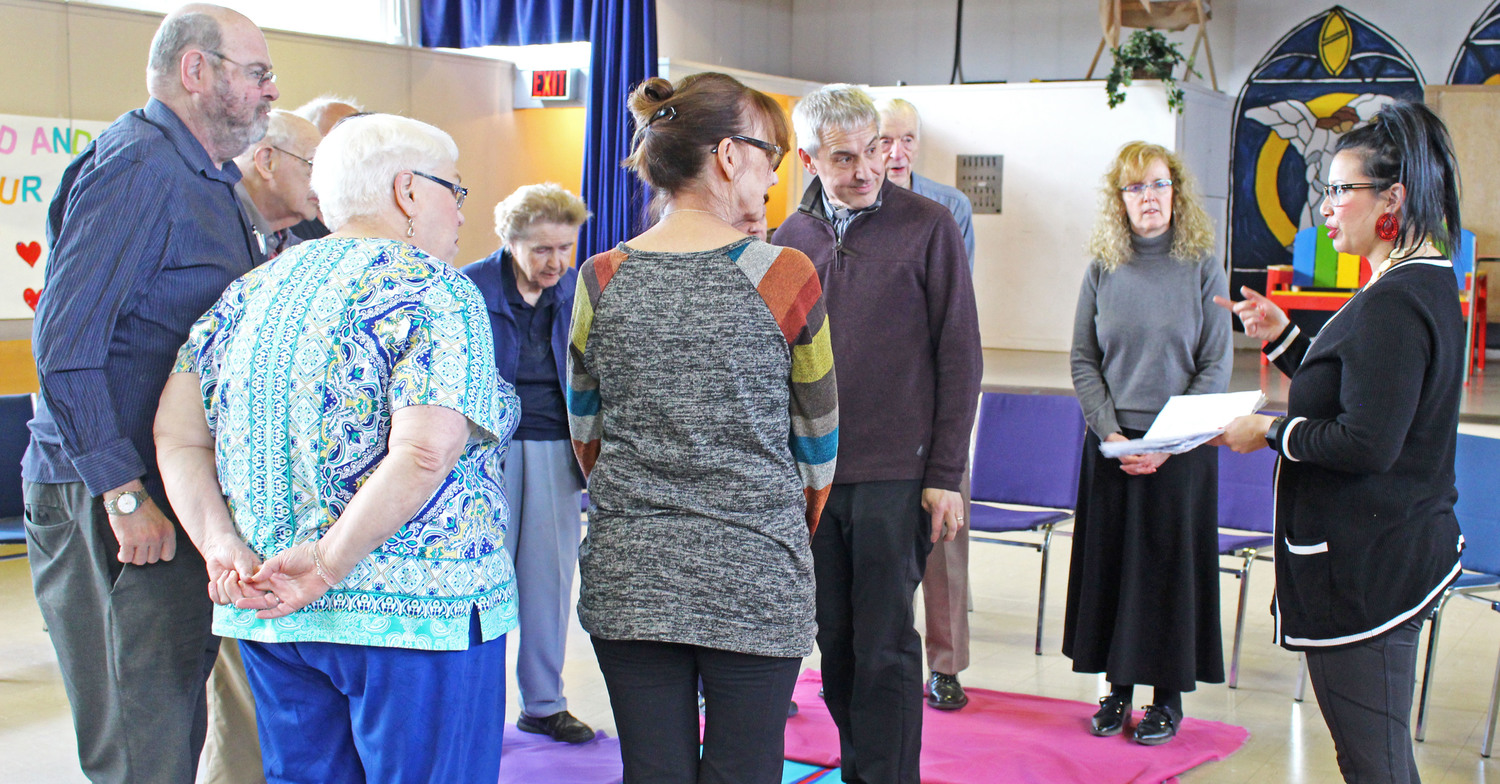 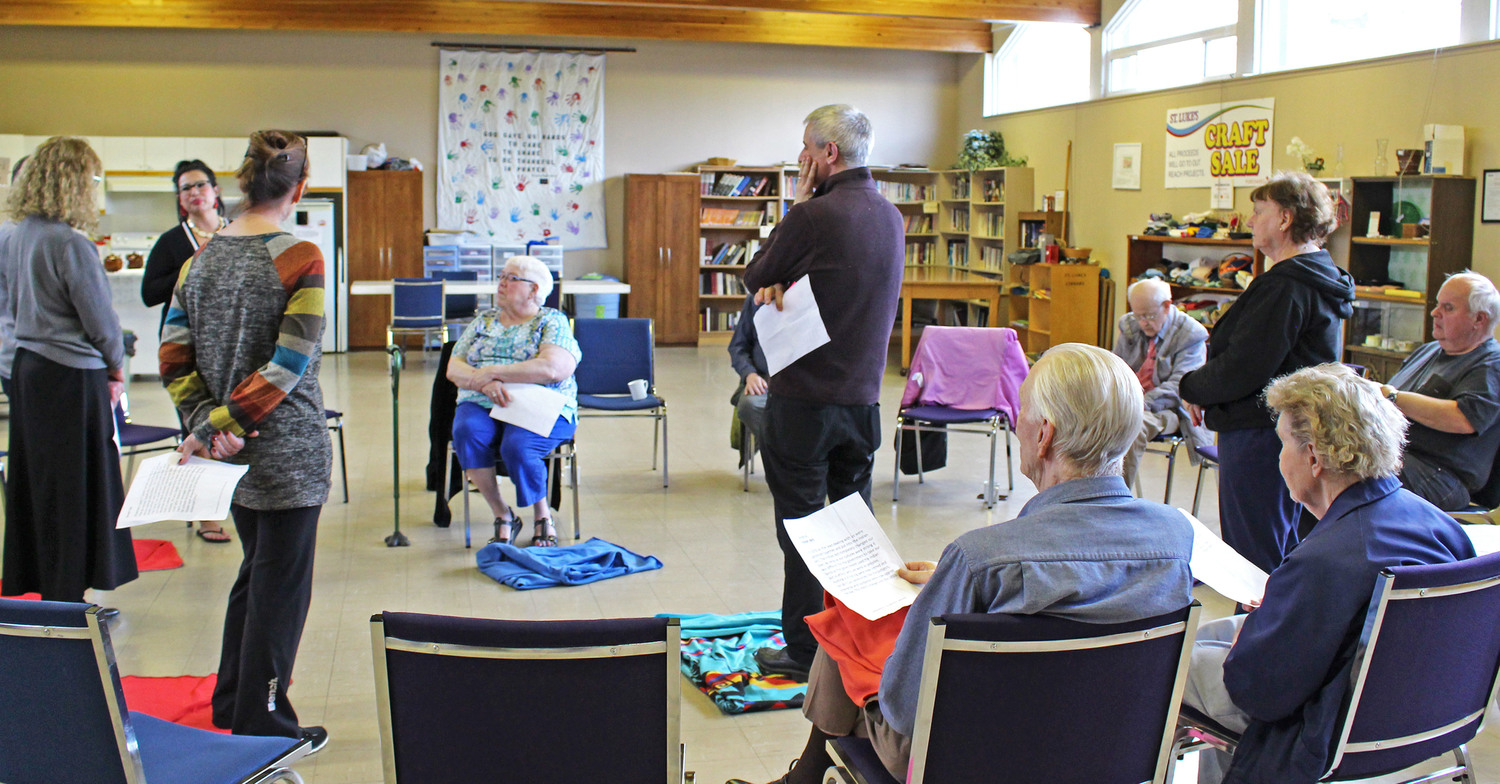 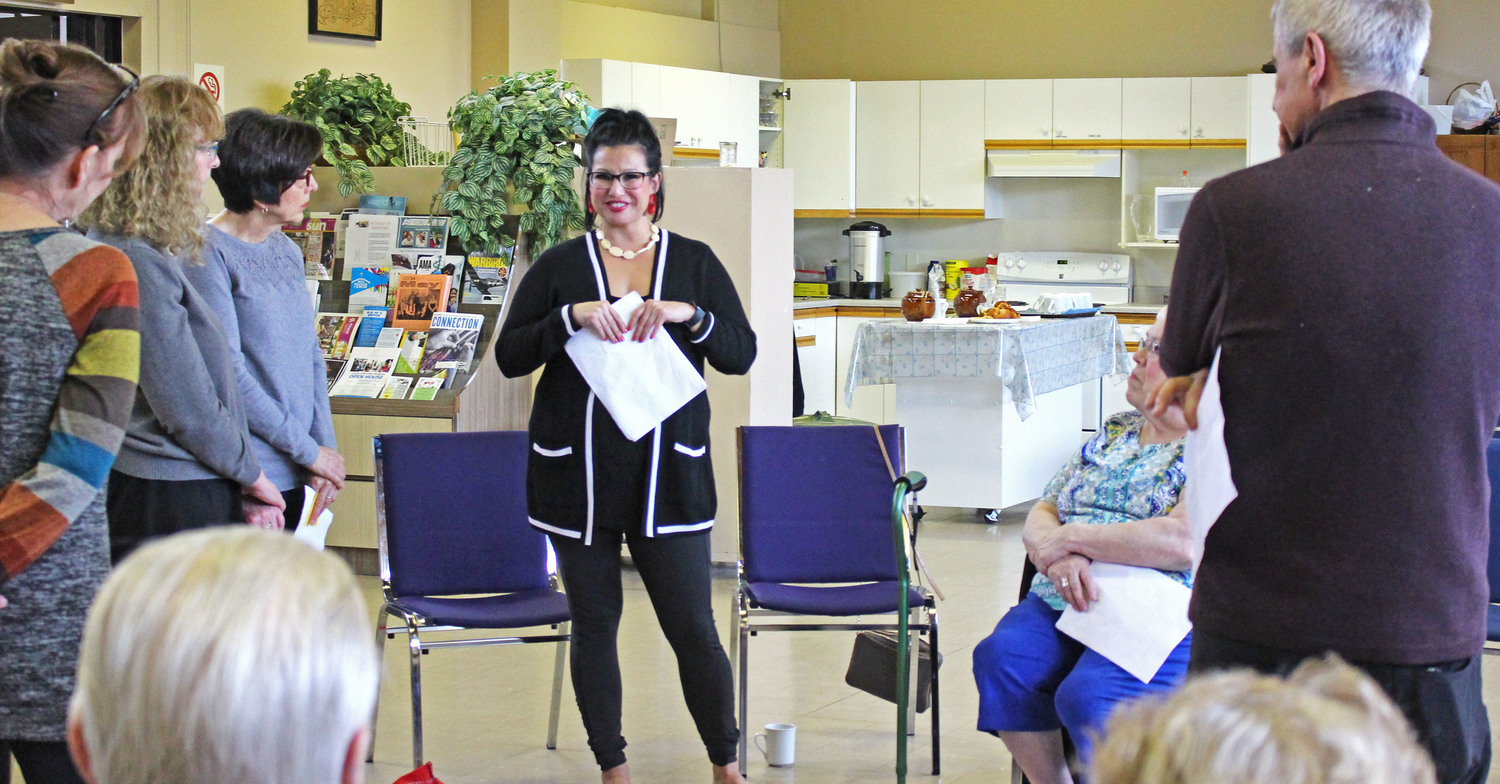 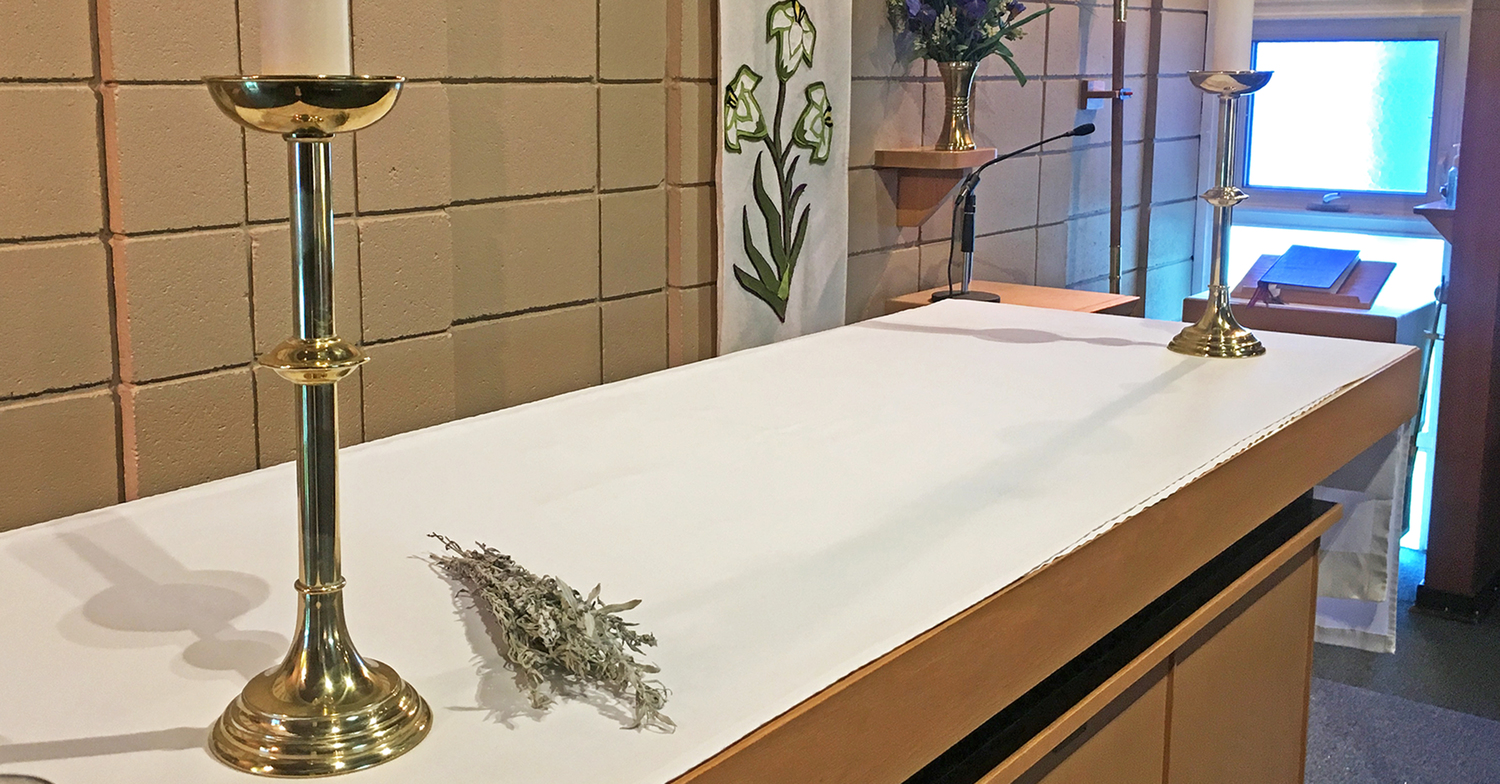 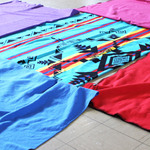 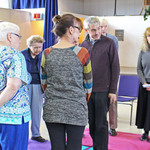 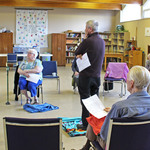 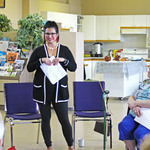 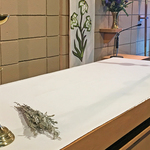 St. Luke’s Anglican Church in Edmonton hosted a Kairos Blanket Exercise on the evening of May 16, 2019. A small but appreciative group followed Michelle Nieviadomy as she led us through the story of Indigenous and settler interactions in Canada from the time the first European ships arrived on the east coast, right up until today.

The story, which we acted out together, highlights events and perspectives that have not been part of mainstream understanding among the descendants of European settlers, including attitudes and acts of government such as the restriction of human rights, the criminalization of cultural practices, and the forcible transfer of Indigenous children away from their families and into federal and church-run residential schools. It’s a recounting that provokes strong emotion for some as it ‘fills in the banks’ of our collective history. It helps to make sense of the situation in which we now find ourselves, where relations between Indigenous and non-Indigenous people are fractured and where Indigenous people – relative to their overall numbers in Canada’s population – make up a shockingly high percentage of those who live in poverty, suffer addictions, populate prisons, and are victims of violent crime.

The blanket exercise is made even more personal and powerful as Michelle weaves in elements of her own story. A member of the Kawacatoose Cree First Nation in Saskatchewan, Michelle graduated from King’s University and was on her way to a teaching career, when it became evident God had another calling for her. Nineteen years ago, Michelle began work with the Edmonton Native Healing Centre, where she is now Assistant Director. More recently she has also taken on the role of Cultural Oskapew (helper in Cree) at the Inner City Pastoral Ministry, which is a partner of the Anglican Diocese of Edmonton. St. Luke’s invited Michelle to lead the blanket exercise because she has a reputation in the city for doing it so well.

As a church family, St. Luke’s is developing a greater interest in Indigenous-settler relations partly because of a trip to the Northwest Territories last July. A team of four traveled there with On Eagle's Wings, at the invitation of a parish in the predominantly Indigenous community of Fort Liard. St. Luke’s has since been praying regularly for the children and others we met there and a second trip is in the planning stages for this summer. The team is keen to return with more stories of God’s love for the kids, while also establishing respectful relationships with band leaders and community members who are working hard to build a good future for their people – in their own way and following their own values.

A bundle of sage, a traditional Indigenous sacred medicine, now rests on the altar at St. Luke’s: a gift from Michelle and a lasting reminder of our ongoing journey.