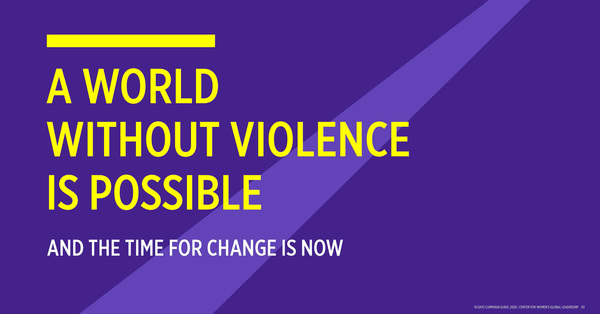 Since 1991, the UN has called the world to 16 Days of Activism to eliminate gender-based violence. These 16 days begin on November 25, the International Day for the Elimination of Violence Against Women and end on Human Rights Day, December 10.

We know that violence against women can be based in the home, in the workplace, and in our communities. In 2019, assaults in the home were higher in Edmonton than the rest of Canada. And the pandemic has made things worse. In October this year, RCMP in Alberta reported a 12% increase in domestic violence calls compared to the year before.

People of faith have a unique role to play in calling our own communities to repentance and action to eliminate violence, and in reminding the world around us that God cares about vulnerable people. Archdeacon Jordan Ware, Rabbi Gila Caine, and Naz Qureshi present a series of interviews with Jewish, Muslim, and Christian faith leaders from all around the region speaking against gender-based violence and the ways our traditions support us in acting against it.

Join us daily November 25 - December 10 to learn more about how God cares for the vulnerable and marginalized, and how faith communities can work to eliminate gender-based violence in our neighbourhoods.