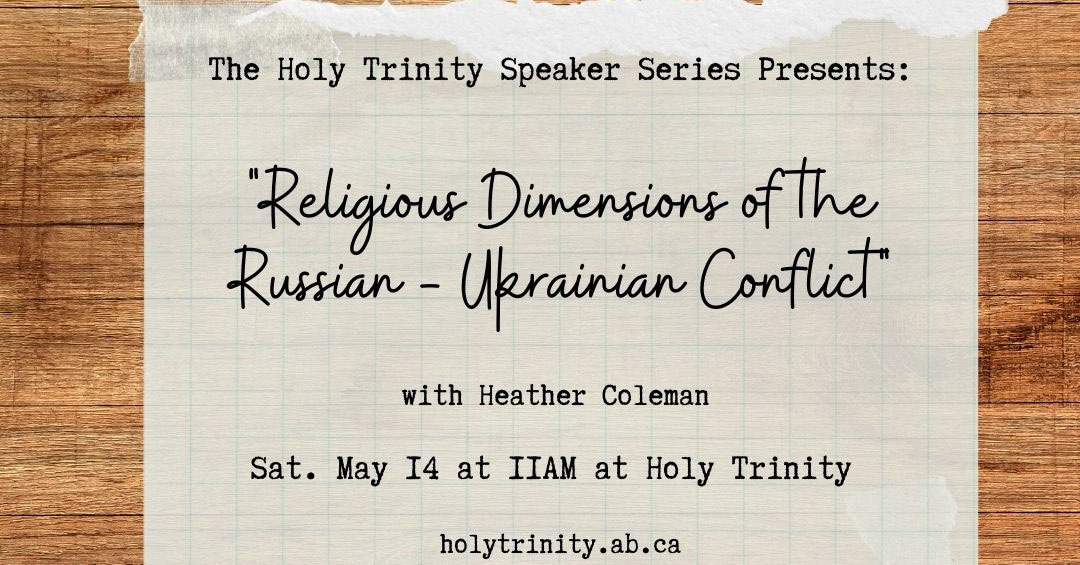 "Religious Dimensions of the Russian-Ukrainian Conflict": You are invited to join Heather Coleman, Professor of History at the University of Alberta, specializing in Russian, Ukrainian, and modern European religious history, for the next Holy Trinity Speaker Series presentation on May 14,  11 AM, in the Upper Hall.

Coleman also serves as the director of the Program on Religion and Culture at the Canadian Institute of Ukrainian Studies. She is the author of Russian Baptists and Spiritual Revolution, 1905-1929, Sacred Stories: Religion and Spirituality in Modern Russia, and Orthodox Christianity in Imperial Russia: A Source Book on Lived Religion. Her current book project is a social and cultural history of the Orthodox clergy in Kyiv diocese in the 19th century.