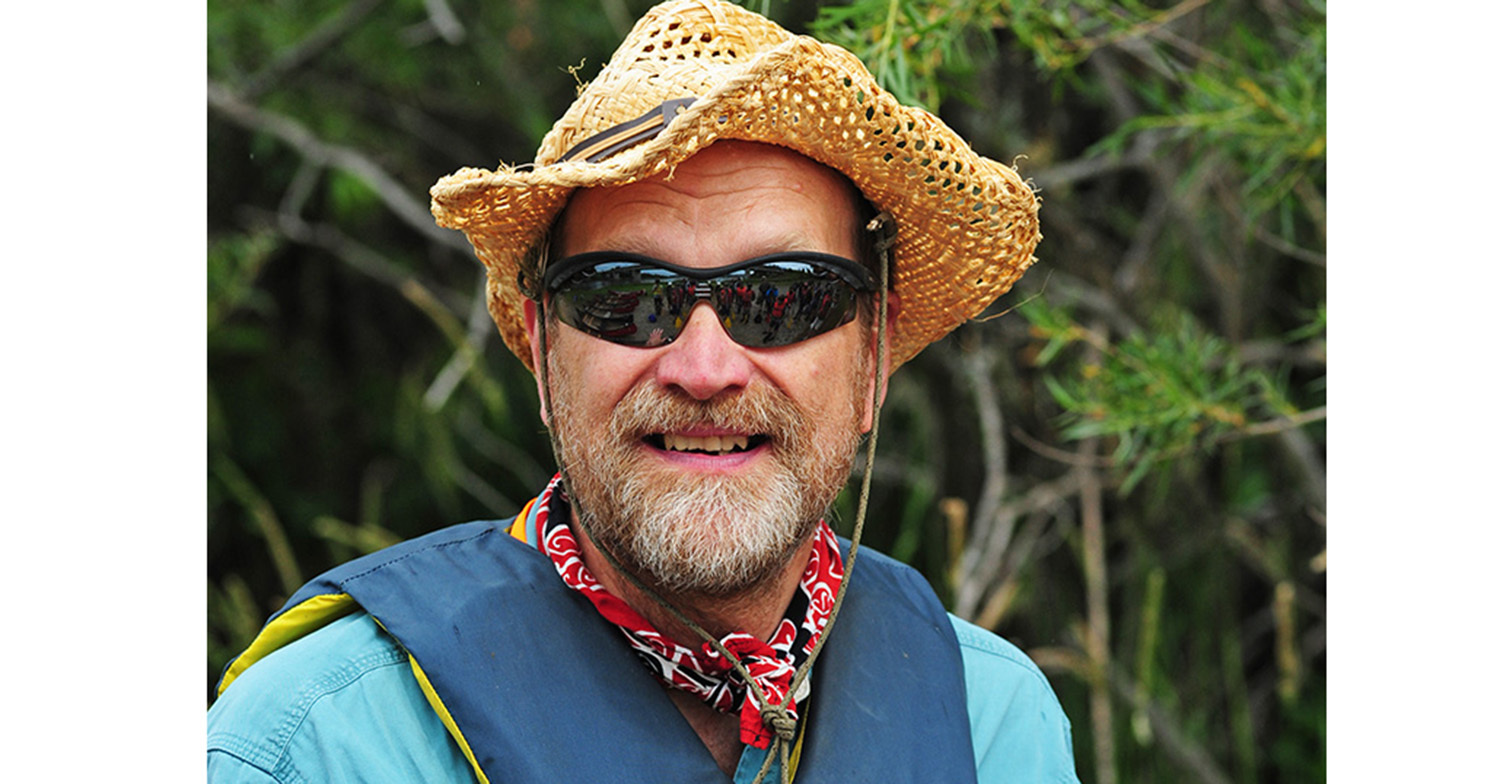 A week before turning 65 this July, retiring Base Camp Director Mark Armstrong had a pre-birthday celebration with friends in the beautiful Alberta wilderness; something he has done many times over the past four decades.

"Dr. Mark," as Armstrong is affectionately known by campers and staff, fell in love with the outdoors as a young man working as a camp counsellor, and later as an assistant director, in Ontario in the mid-1970s.

A few years later, when he and Fran moved to Edmonton to establish their family medicine and veterinary practices, he was recruited to the Edmonton diocese’s camping committee by the Rev. Ed McNeill.

Over four decades, Armstrong has guided the diocesan camping program through many changes. At one time, diocesan camps included Camp Come Alive for younger children (grades 2-4 and 4-6) and Base Camp for Junior High-aged youth, as well as the North Canoe Voyageur run by Priscilla Haskin who took teens canoeing down the North Saskatchewan River and lakes in AB, BC and SK.

“Priscilla has been instrumental in promoting canoeing and wilderness first-aid across the country,” qualifying both Dr. Mark and two of his children as canoe instructors.

Armstrong is grateful for all “the enthusiastic, energetic, talented and giving people” he has had the pleasure of meeting and working with over the years.”

Armstrong says it was particularly challenging to recruit and bring together staff of all ages for Camp Come Alive. When the opportunity arose to merge the Edmonton diocese’s camps for younger children with the Lutheran Hastings Lake Bible Camp (HLBC), Camp Come Alive was discontinued.

“Some of our energetic and experienced leaders, such as Canon Chelsy Bouwman, nee Stevens, went on to direct camps at Hastings Lake, and serve on their board.”

Around 1989-90, Armstrong began directing Base Camp (Archbishop John Privett was the program’s first director before relocating to BC).

Over the past 30-plus years, he says, “we have explored the province from William Switzer Park (northwest of Hinton and Jasper) to Lesser Slave Lake, Lac La Biche, Cold Lake, to Tolman East Provincial Park and the Red Deer River and Drumheller area.”

Base campers must commit to following three basic rules: love and respect God and God's creation, love your neighbour as yourself and love yourself. “That let us be open to each other and realise our potential by experiencing the wonder of God's creation around us.  We gave thanks by worshipping together and singing God's praise as well as traditional and silly campfire songs!”

In addition to directing Base Camp, Armstrong has organised staff training sessions and helped plan year-round events to keep diocesan youth engaged and interested. These activities, as opportunity and staff have allowed, have included bowling parties, sleigh rides, and fall and winter camps (hosted on occasion in cooperation with the Moravians).

As chair of the Edmonton diocese’s Camping Committee, he served as the Anglican diocesan representative on the Lutheran Outdoor Ministry of Alberta and the North (LOMAN) board, where he “helped to foster our shared communion.”

Over the years, Armstrong says many faithful and dedicated people have served alongside him on the camp committee, which was disbanded after North Canoe and Camp Come Alive had been discontinued. He recalls with great fondness people like Ed and Melissa Lee, Priscilla Haskin, Judy Yawney, Laurel Franks, Dan Helm, Peggy-Anne Field, Stephanie London Crane, Colleen Sanderson, Alison Lovejoy and others who “volunteered countless hours to youth ministry.”

Armstrong says Base Camp has gifted him with opportunities to build up new communities “living their faith as a group. Our talented chaplains directed discussions around Christianity and life. And the staff creatively tied themes into everyday camp life (the different camp and tent areas were named after places associated with the various themes).”

Every camp had a theme: The Lion the Witch and the Wardrobe, Monty Python and the Holy Grail, Star Wars, The Hobbit, Lord of the Rings, Harry Potter, Mary Poppins, and A Series of Unfortunate Events, to name a few.

In addition to building campfires, canoeing, hiking, setting up tents, playing cooperative games, and doing arts and crafts, such as weaving, silk screening, wood whittling and carving, Base Campers also learned respectful ways to resolve conflict and deal with bullying.

While Armstrong has favourite moments “from every camp I have done,” some of his most memorable moments are: seeing someone climb up to explore the Cadomin caves, seeing the joy of campers whitewater rafting or horseback riding, being tipped in a canoe, singing "Go Now In Peace" in an eight-part round around a campfire, square dancing at camp, midnight hikes, different camp pranks, and hosting Rocky Mountain naturalist and author Ben Gadd who gave a talk to the campers.

“My heart overflows with wonderful memories of wonderful people and great food,” he says.

Some of the qualities Armstrong says the next diocesan camp director will need to pack in his kit are patience, the ability to perceive, listen and communicate; enthusiasm, and the ability to delegate to and support staff.

“I am still working on some of those!”

As well, he says staff should be prepared to review the community rules and know each camper by name by the end of the first day. “Help them to feel welcome and invited into the group.”

Recently retired, Dr. Mark says it is time to “pass the torch to younger people with energy, enthusiasm, and fire in their bellies!”

Though he will “dearly miss the camp family,” he is looking forward to camping and canoeing with his own family and he hopes to spend more time with his now two-year-old granddaughter in Ontario. He also recently rekindled his love of choral music and has joined the Cathedral choir.

What We Do
Youth Camps