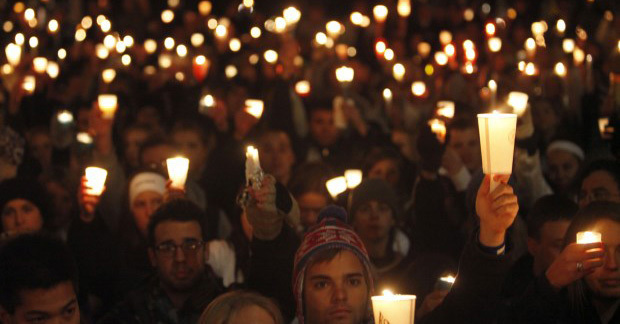 Young climate activists are calling on Canadians of all ages to join them for global action on climate change next week (September 20-27).

The Amiskwaciwâskahikan/Edmonton Climate Vigil will be held at the Alberta Legislature Grounds on Sunday, September 22, from 6:30 to 8:30 pm. This family-friendly, candle-light vigil is hosted by Citizens for Public Justice and interfaith partners. All people are invited to come together in prayer, song and ceremony, joining with people around the world in the biggest global week of climate action EVER!

Churches in the Edmonton diocese are invited to ring their bells on Friday, September 27 in support of the global youth strike for climate change action. Participants in the rally for climate change action are invited to walk to the Alberta Legislature Grounds from Churchill Square, at 12:30 pm, for the rally which is scheduled to begin at 1 pm. Churches will ring their bells for five minutes (in repeated intervals of 50 chimes), beginning at 12:30 pm.

The international Fridays for Future movement, demanding action on the climate crisis from all levels of government and civil society, was sparked by Swedish teenager Greta Thunberg’s one-person protest. It has gained widespread support from youth in Canada as well as millions of children and students across the globe.