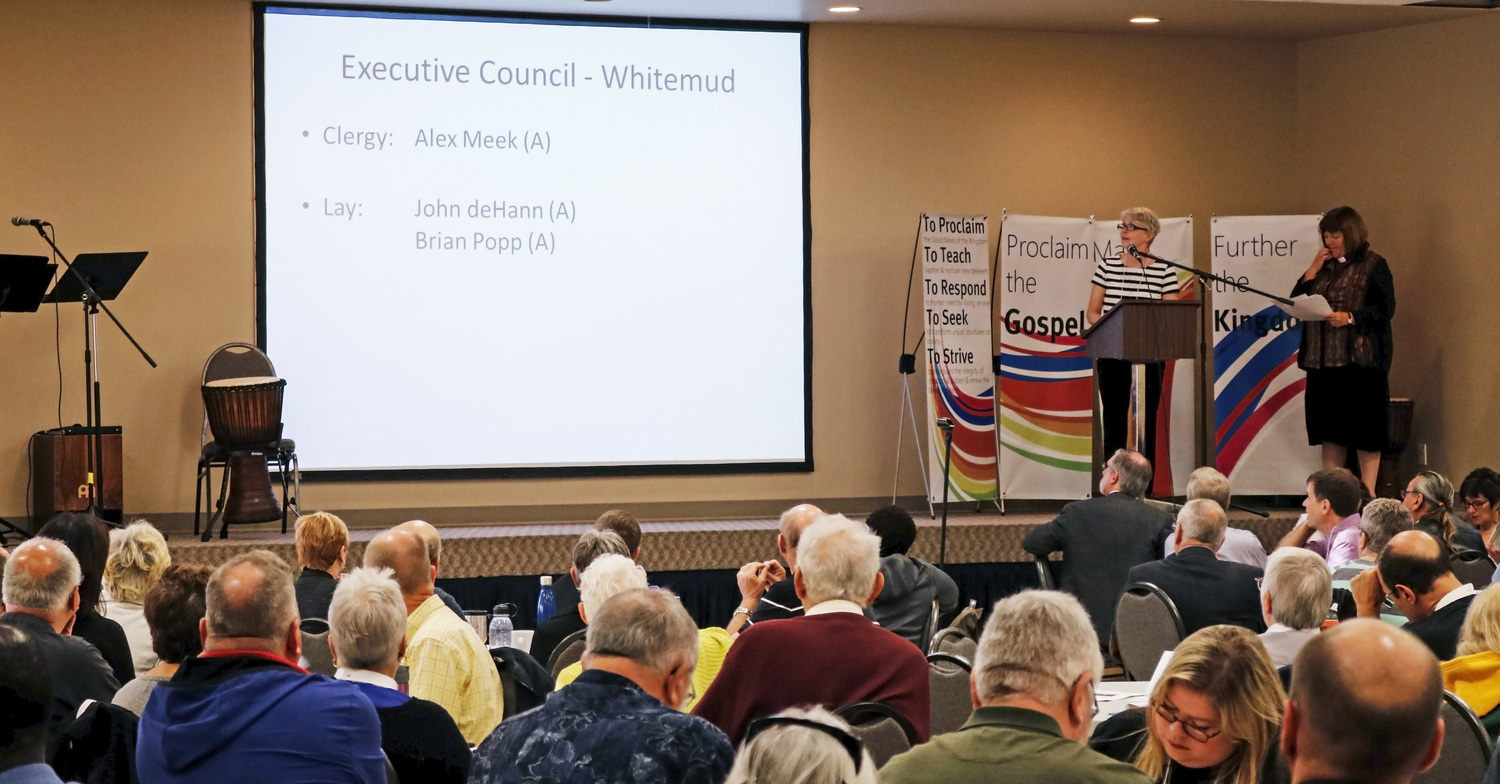 Voting for the Diocesan Executive Council took place September 29, 2017, at All Saints’ Cathedral, Edmonton. Charis St. Pierre, member of the Order of Laity, and the Ven. Alan Perry, member of the Order of Clergy, co-chairs of the Committee for Credentials and Registration of the 65th Synod of the Diocese of Edmonton, reported a total of 77 registered clergy out of a possible 139 members; and a total of 139 registered laity out of a possible 180 members.

Elections Officer Pat Barnum delivered the results of the election on September 30, 2017. They are as follows: