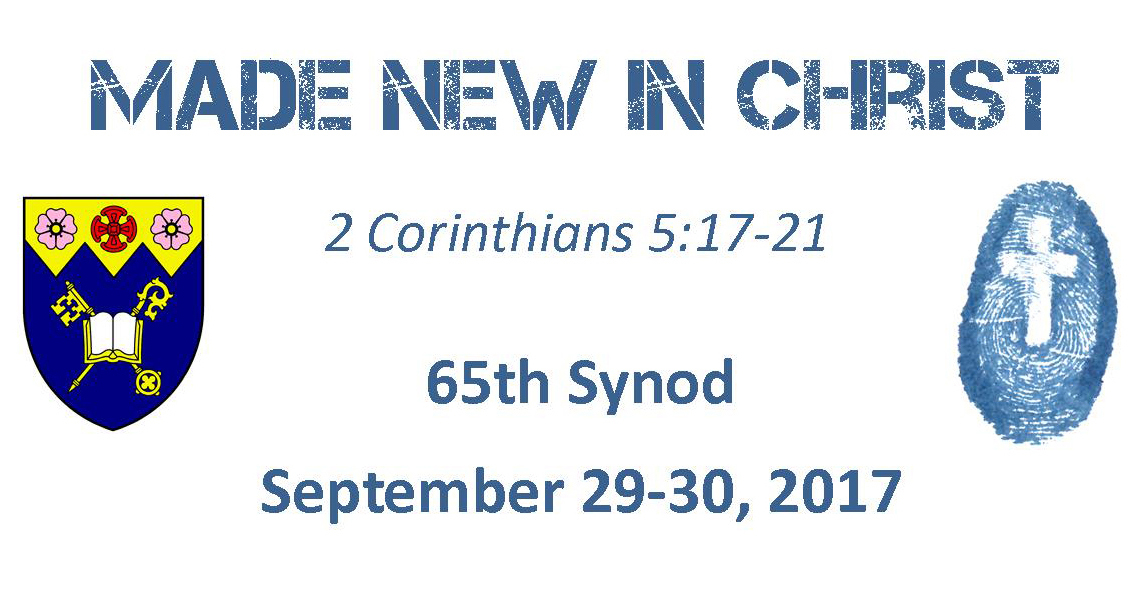 The 65th Synod of the Diocese of Edmonton, began on Friday evening, September 29th, with supper during registration at All Saints’ Cathedral. There were displays of various diocesan ministries to look at, and following a eucharist service, there was a short business in which elections were conducted.

Father Michael Lapsley, from Cape Town, South Africa, was guest speaker as Synod continued on Saturday, September 30th, at St. Matthias Anglican Church. Father Lapsley is a special person – during the time of the apartheid regime in South Africa, he opened a letter bomb, and lost both arms, hearing in one ear, and sight in one eye. He cannot go anywhere without a companion to help him dress, eat, carry things, etc. He spoke to the Synod on his life's work of 'Healing of Memories', and its connection to reconciliation and living a reconciled life, which is behind our theme for this year: “Made New in Christ."

The scripture for the Synod is 2 Corinthians 5:17-21, which is exemplified in our theme.