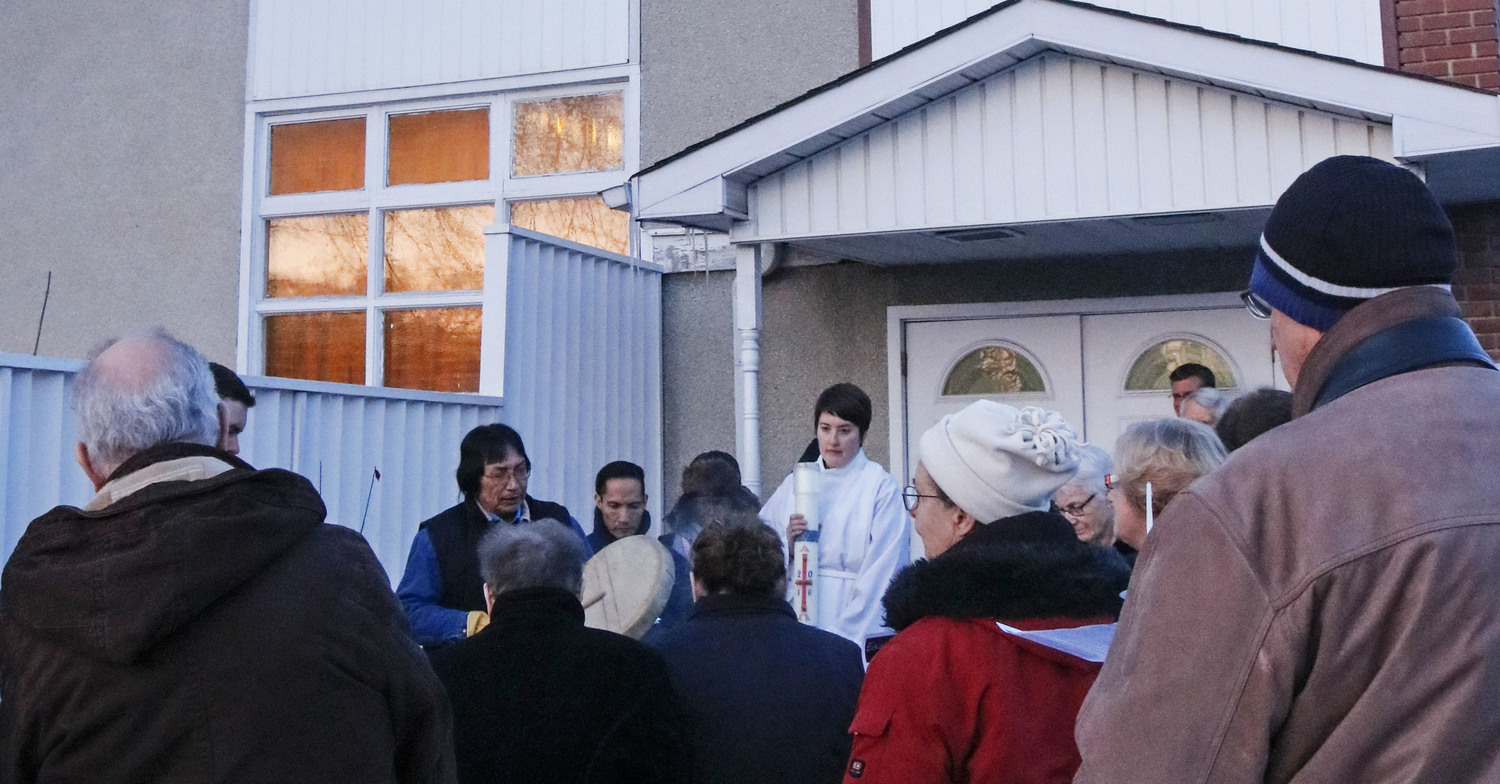 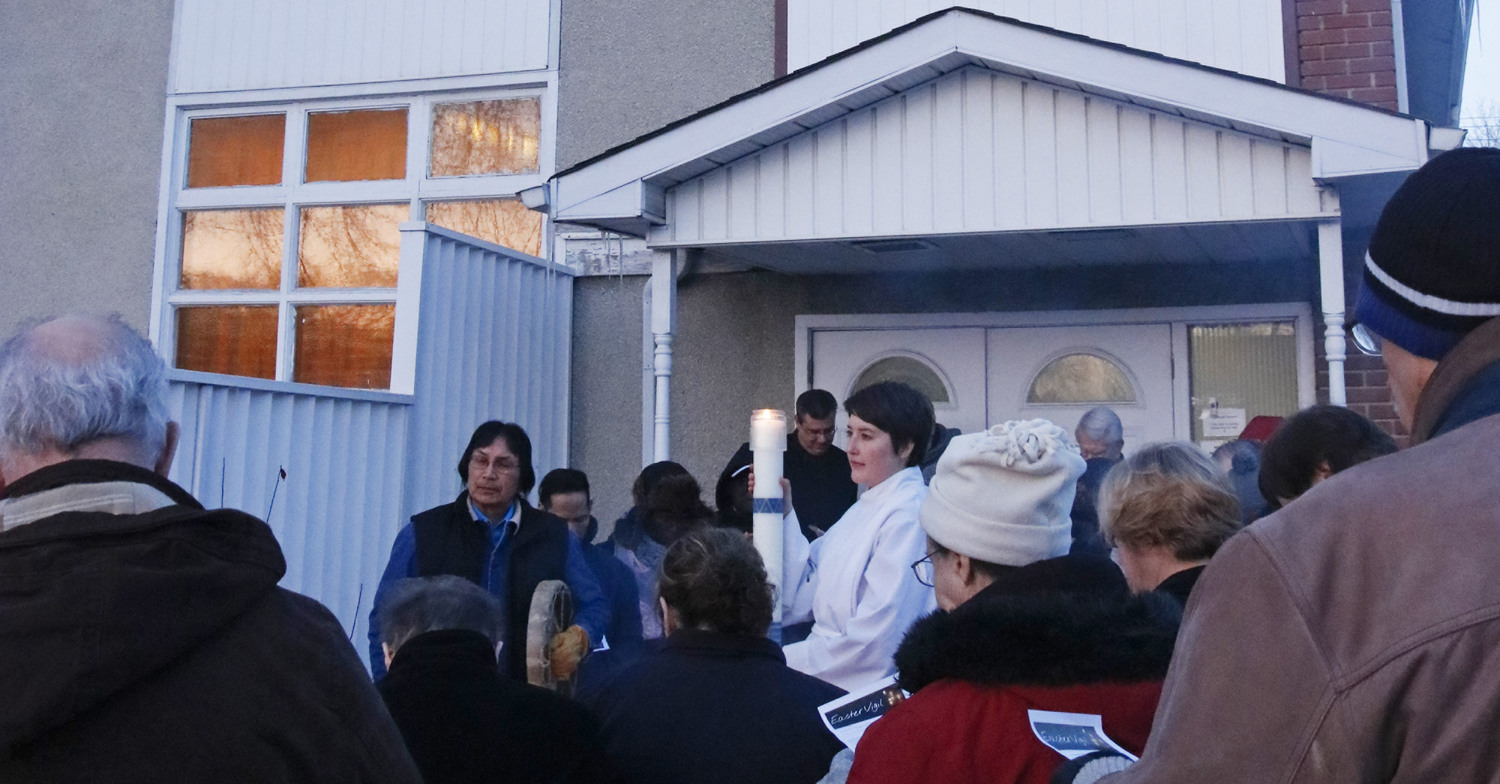 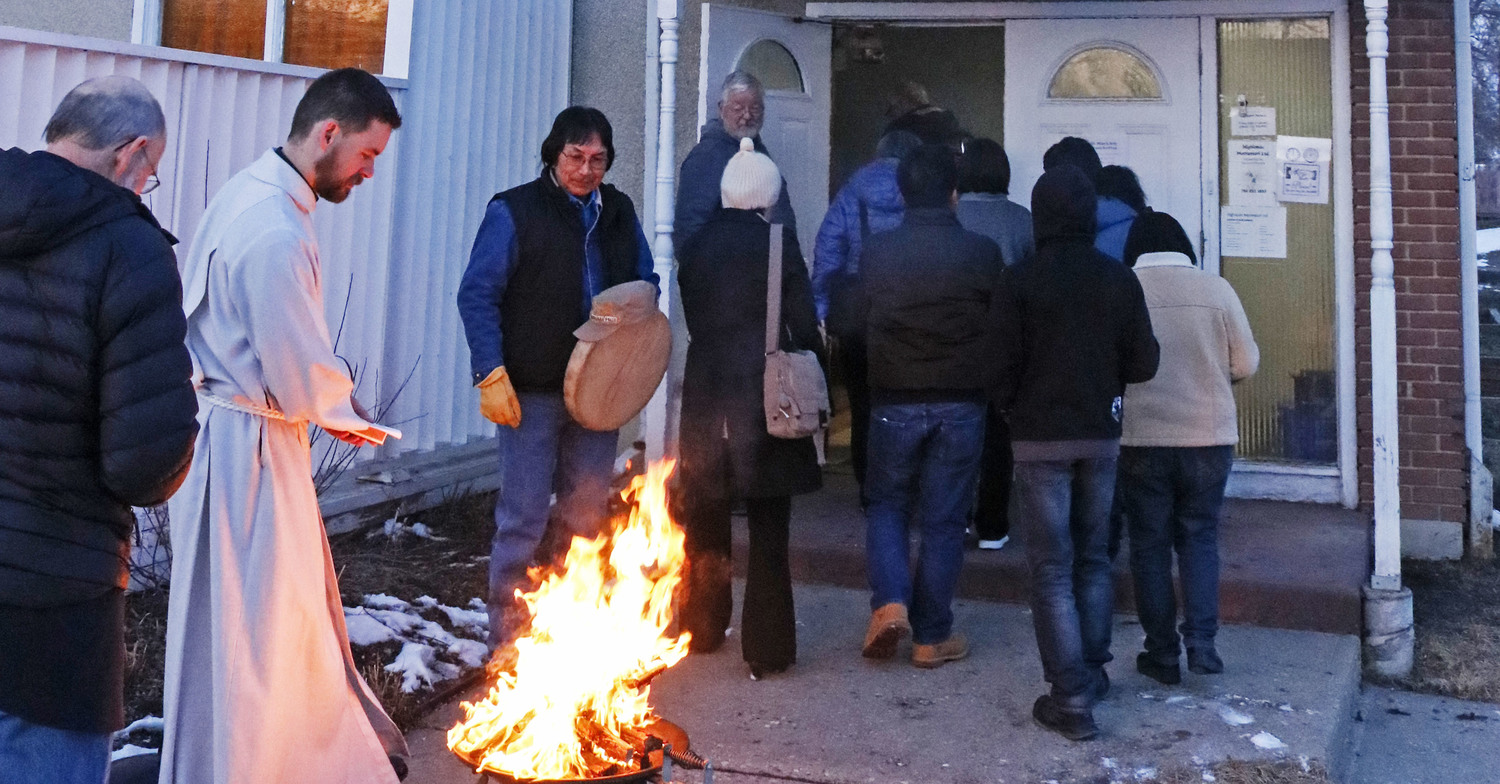 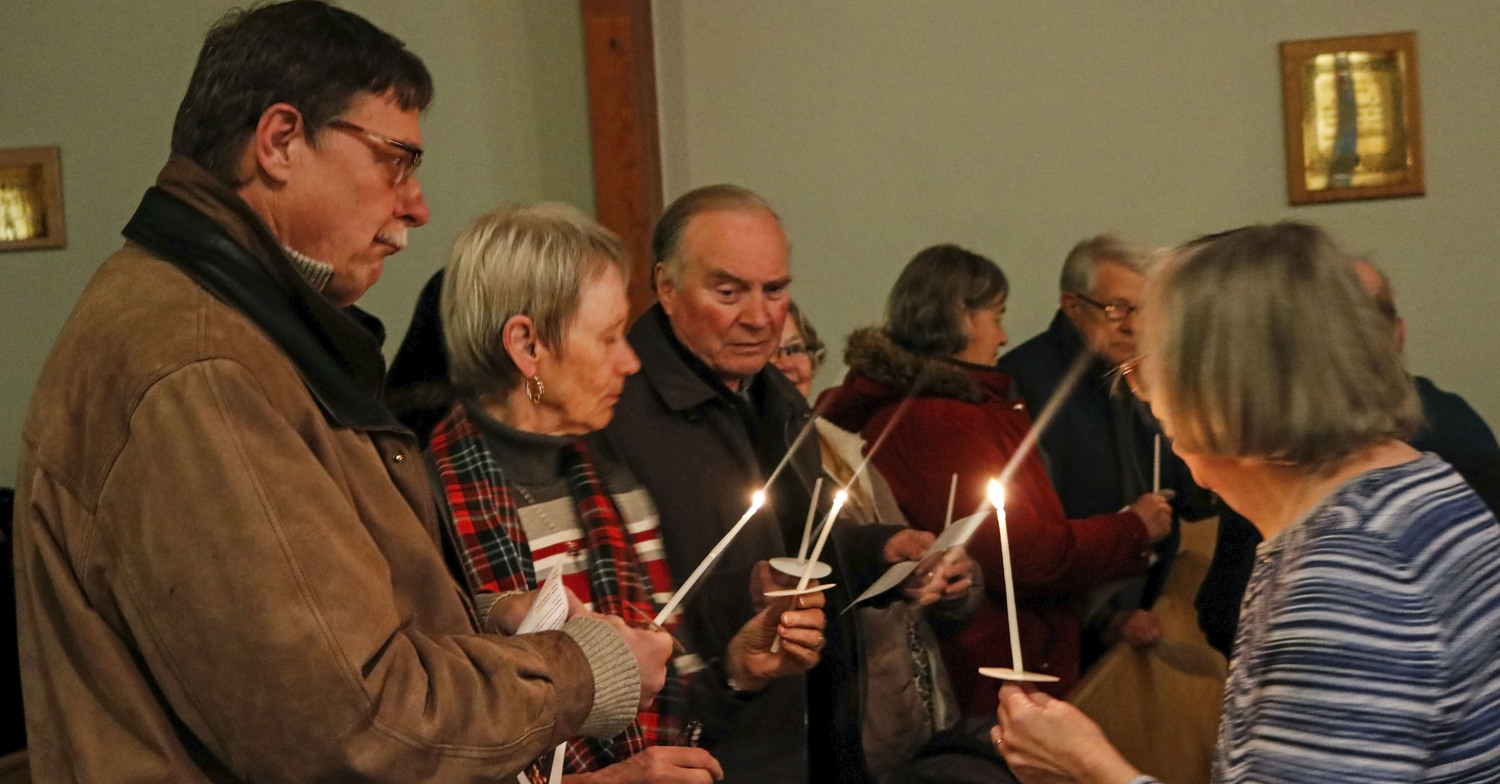 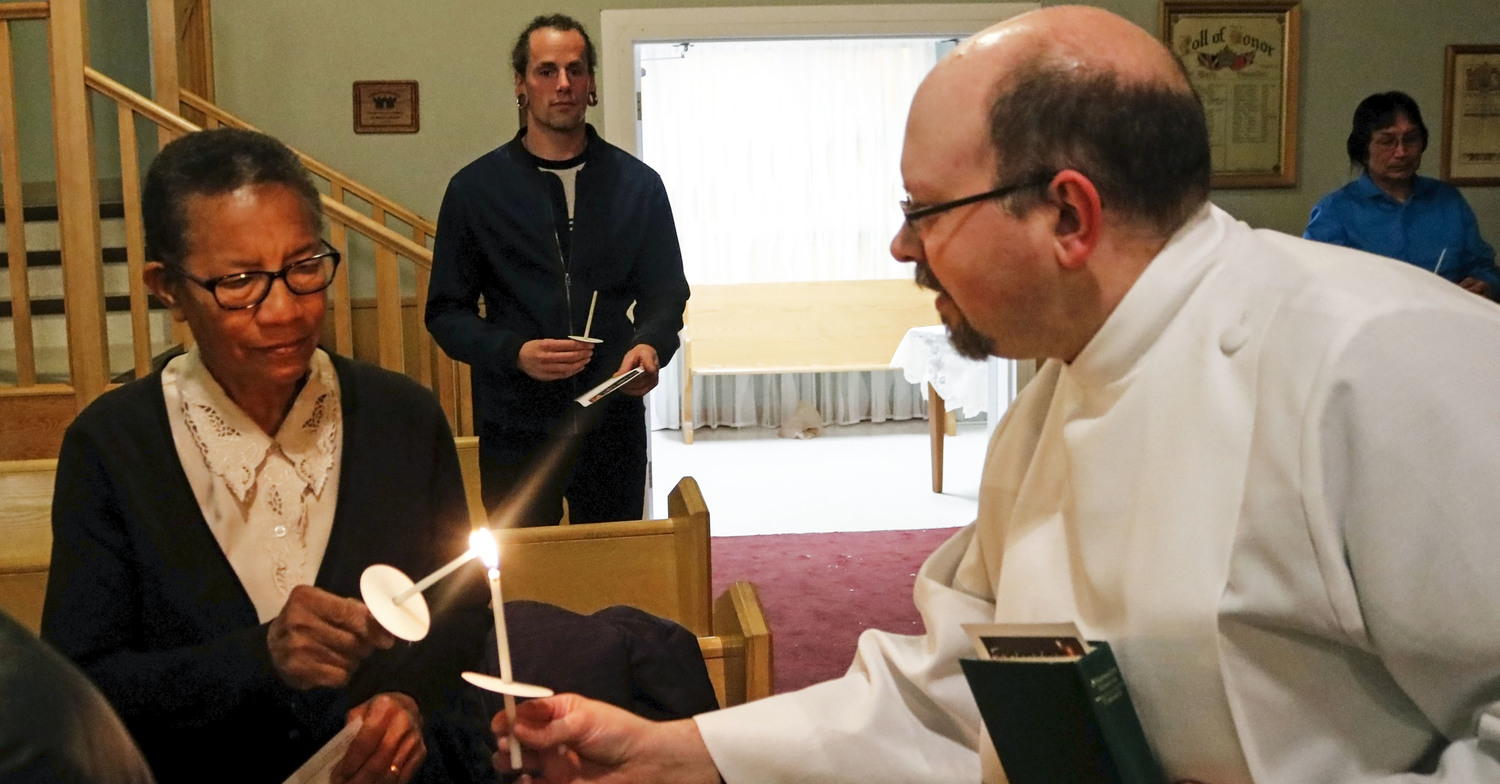 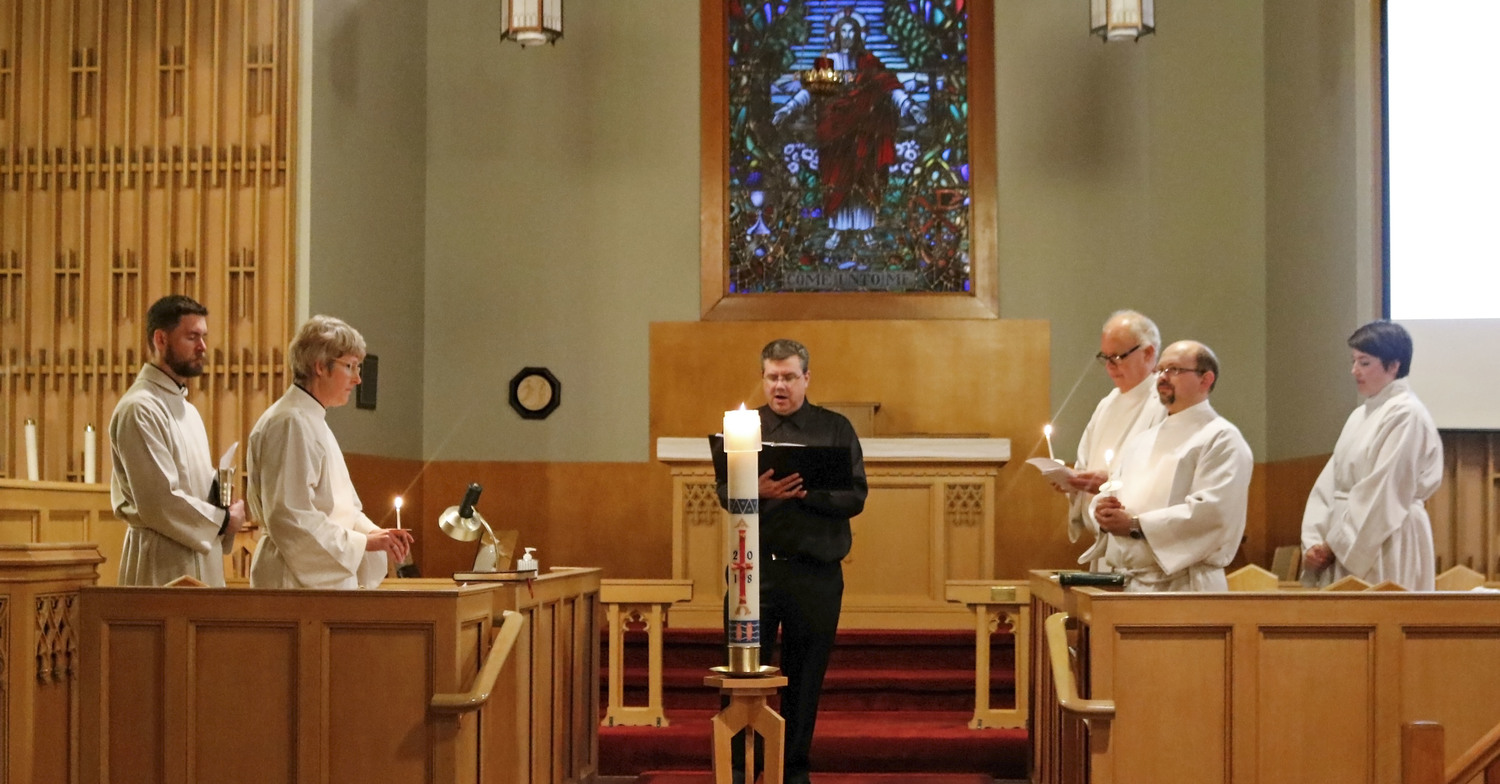 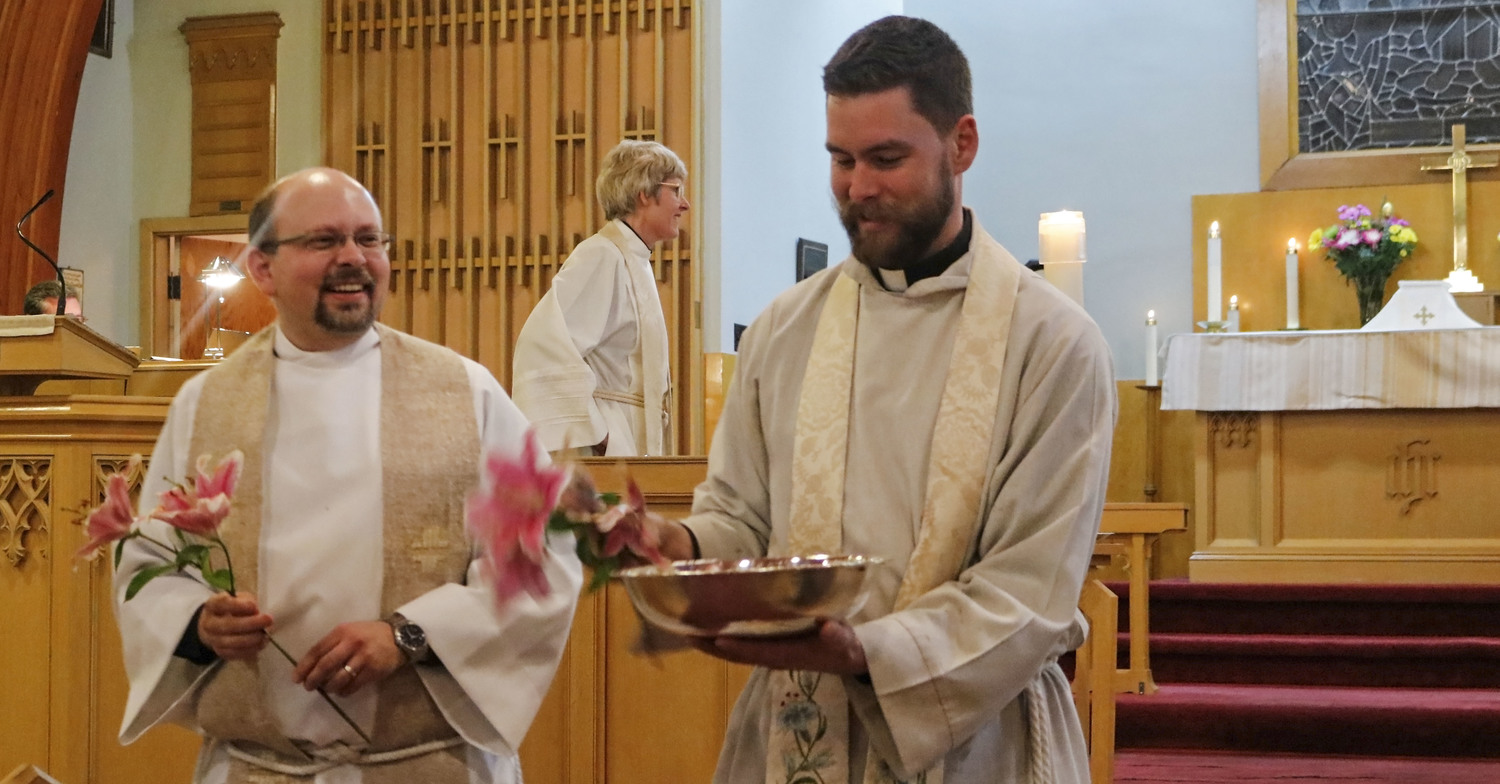 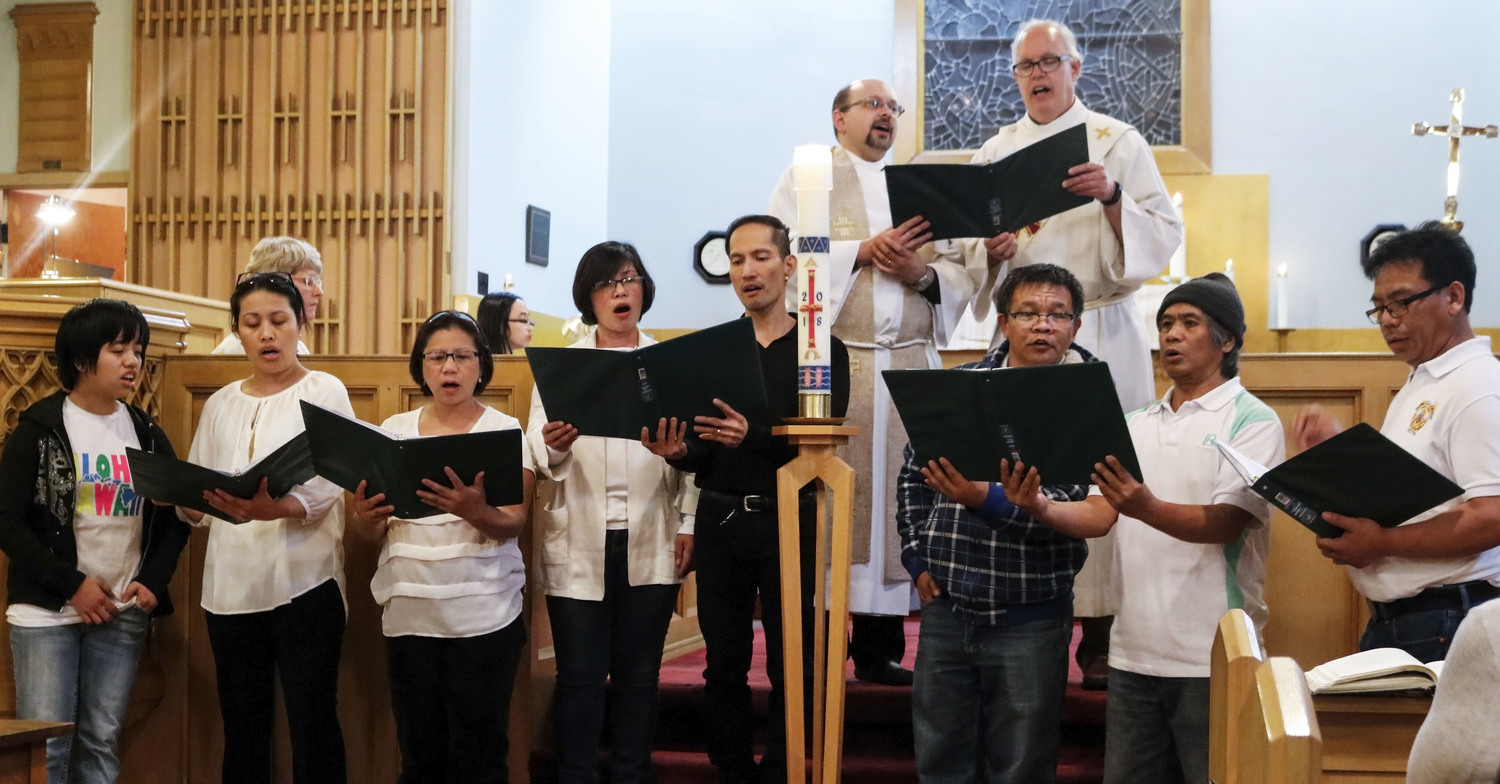 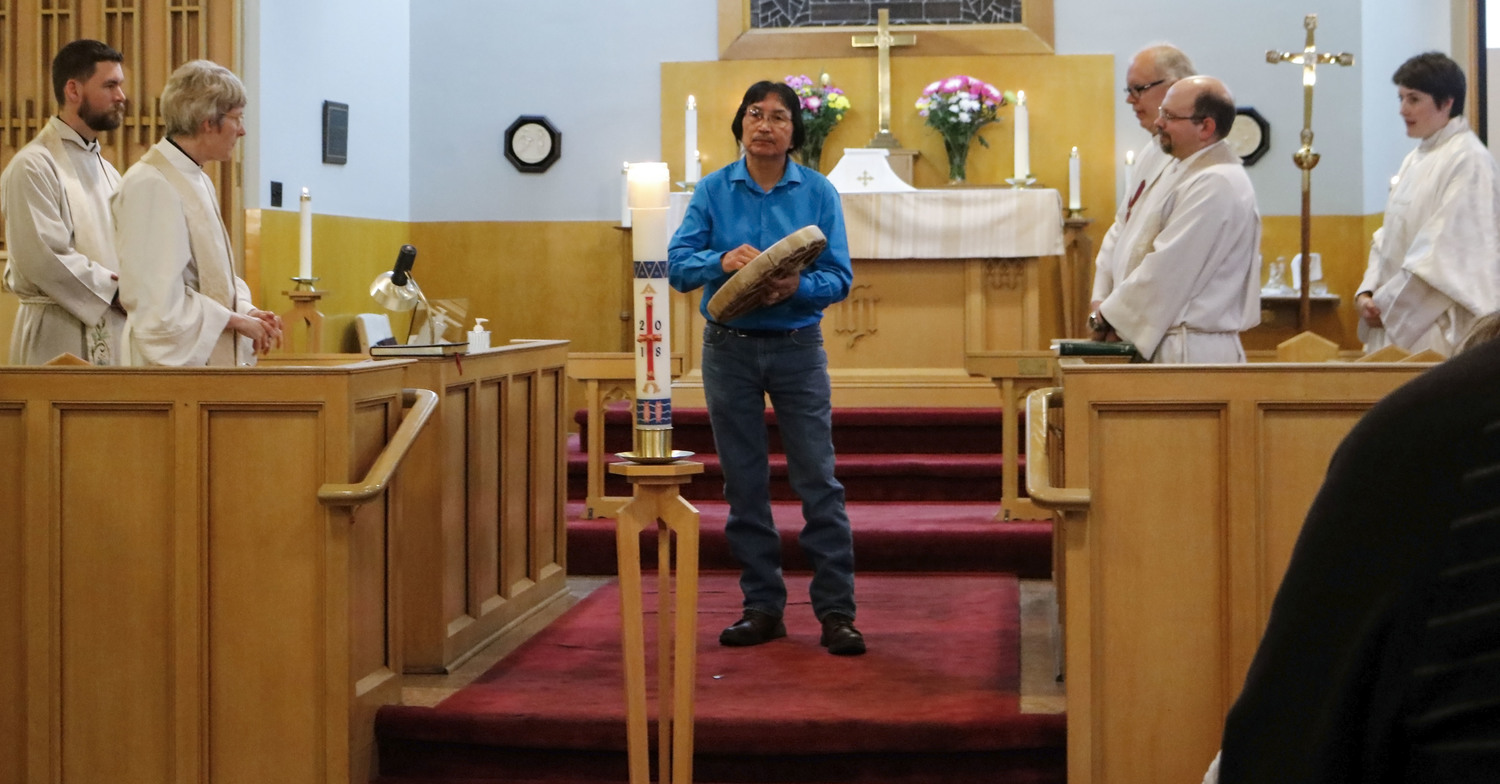 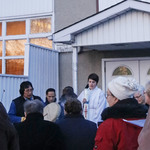 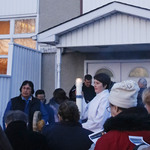 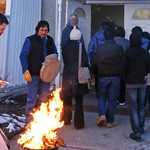 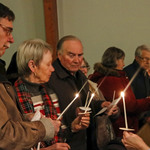 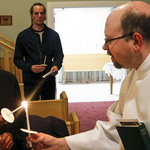 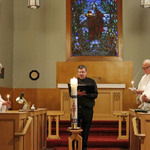 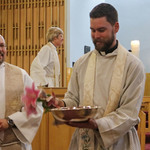 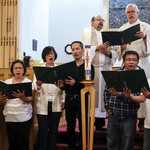 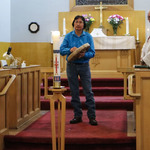 The parishes of St. David, St. Augustine of Canterbury and St. Patrick gathered at St. Mary's in the Highlands neighbourhood of Edmonton on Saturday evening, March 31, for a joint Easter Vigil Service. The congregation gathered around a fire for The Service of Light and sacred Indigenous drumming. The paschal candle (symbolizing the Light of Christ in the world - "a light no darkness can extinguish"), was lit by the Rev. Ruth Bott, rector of St. Mary's, who led the procession into the church to share the light of Christ.

In her homily, the Rev. Renee Desjardins, rector of St. David's, described the "blessed excitement and urgency" of Mark's gospel (16:1-8) and its cliffhanger ending: “They said nothing to anyone, because they were afraid.”

"What will the women do? We are left with wanting more," said Desjardins. By leaving the story "unfinished, Mark pulls us into the story.” He shares only a few details: there were three women Mary (Magdalene), Mary (the mother of James) and Salome who had come to the tomb expecting to find a body.

Instead, they are alarmed: the stone has been rolled away; the body is gone and an angel is there who delivers an unexpected message of a living Messiah: ‘He has risen! He is not here.’ The women flee the tomb, “seized by terror and amazement."

"Yet somehow, by the power of God's Holy Spirit, those alarmed and fearful women did eventually tell the good news that Christ had been raised from the dead," said Desjardins. “The unfinished story puts the ball in our court. We must decide how the story shall end. The risen Christ goes ahead of us, just as He went ahead of the disciples, beckoning us to meet Him. Where shall you and I go to see the risen Christ? Where is He already present? Our task is to be on the lookout and follow Him. For the Gospel story is our story. Let's go out together and see the risen Christ and then let's tell everyone what we have seen.”

During the eucharist service, which featured two hymns sung by St. Patrick's Filipino members, the congregation renewed its baptismal vows together, receiving a blessing from the Rev. Kevin Kraglund, rector of St. Patrick's, and the Rev. Jonathan Crane, rector of St. Augustine's of Canterbury.