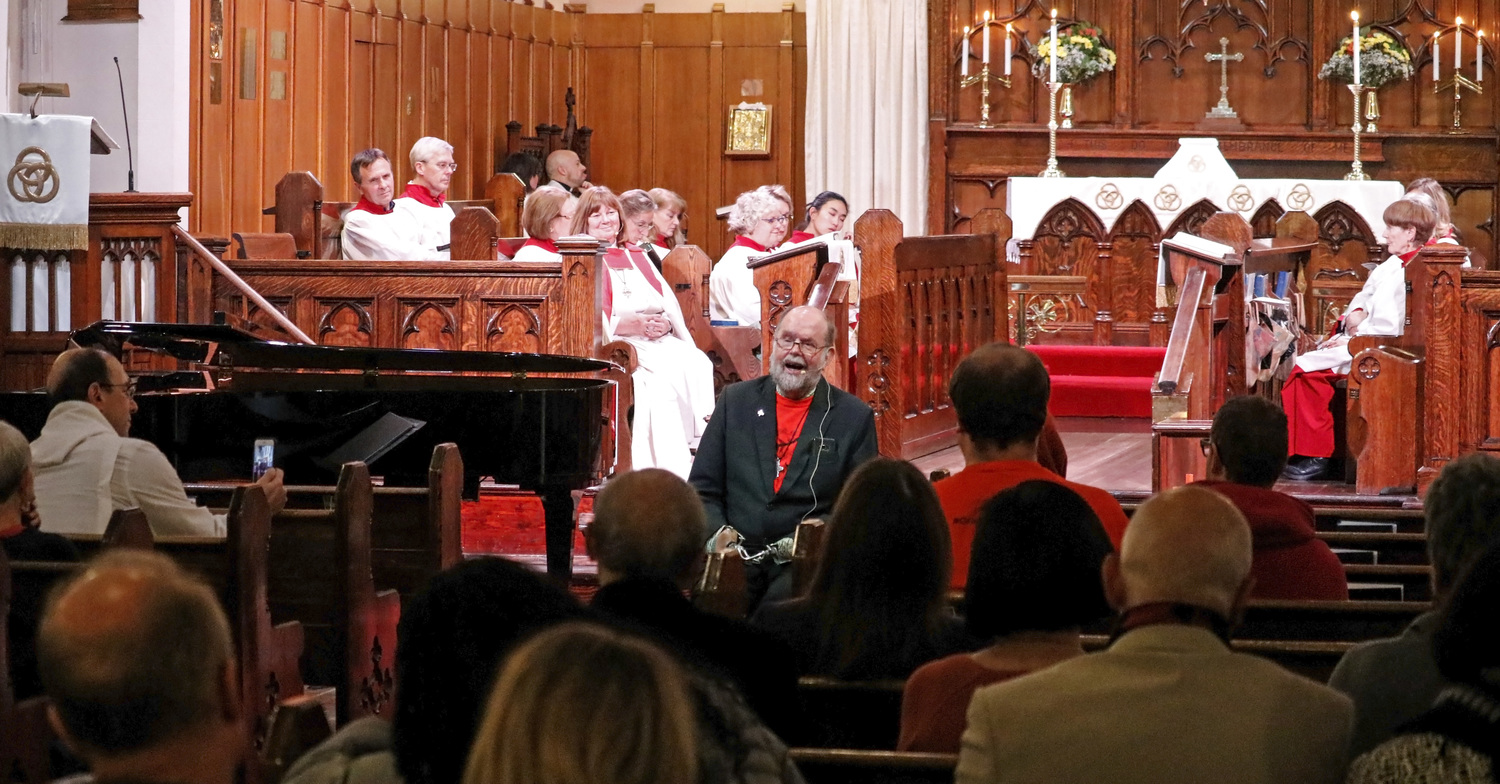 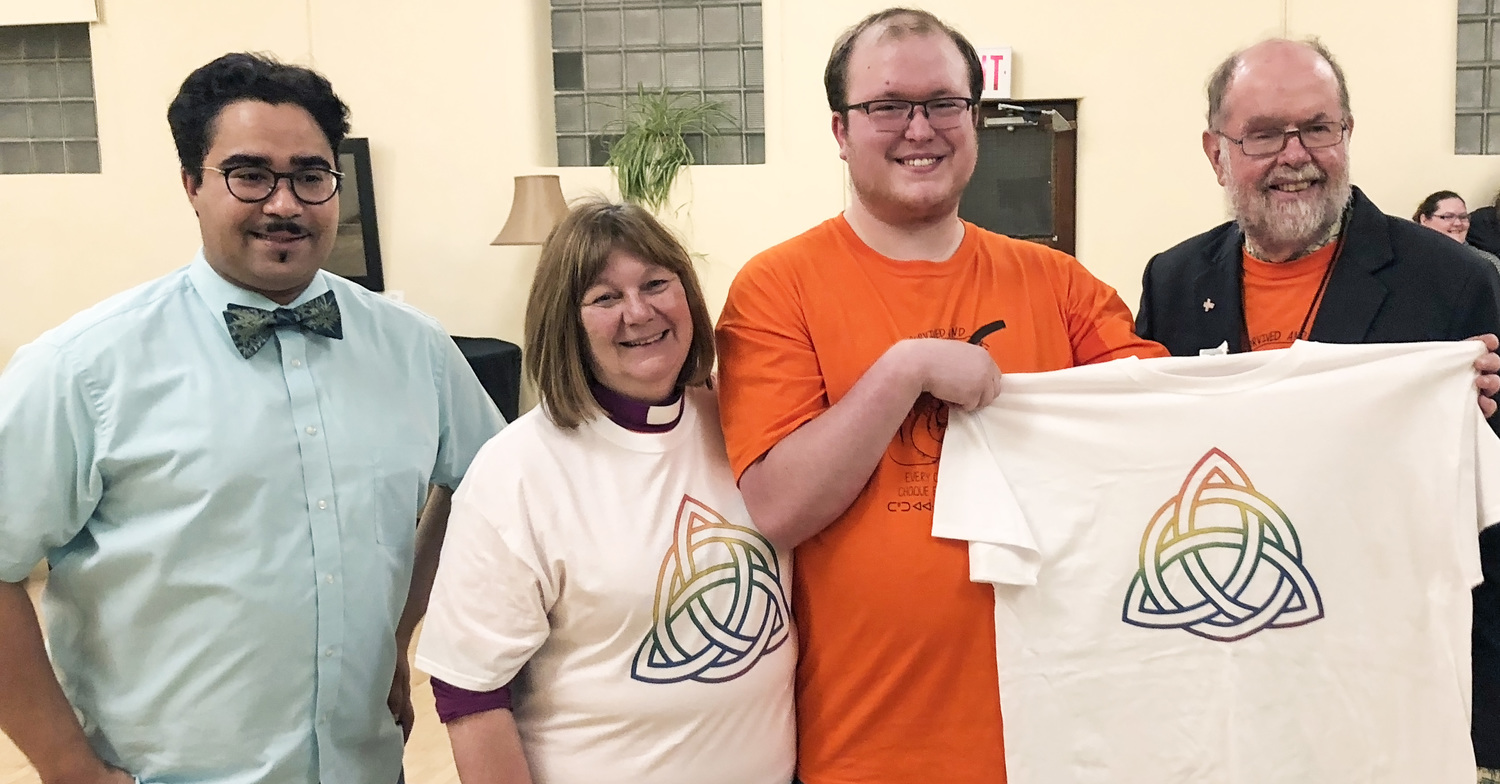 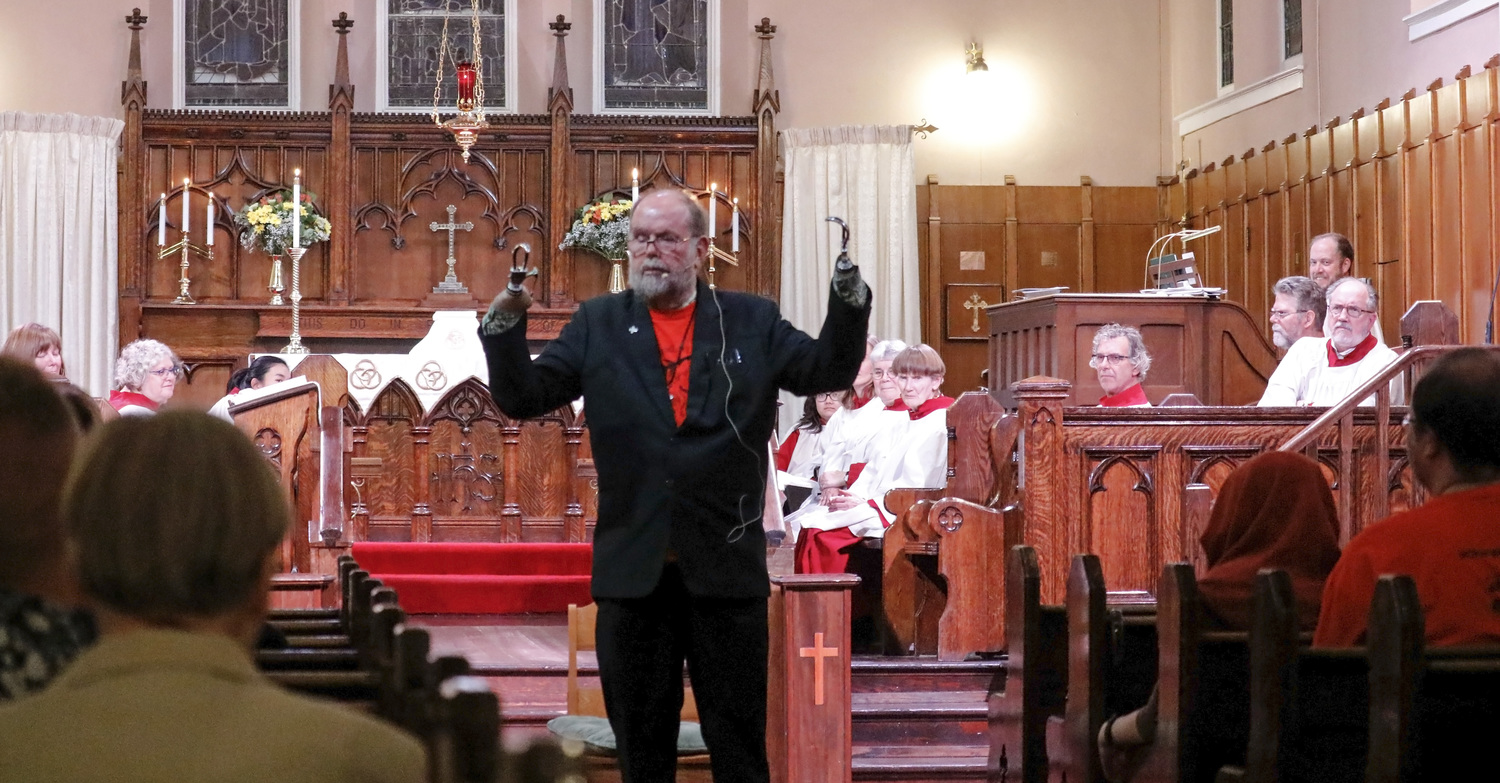 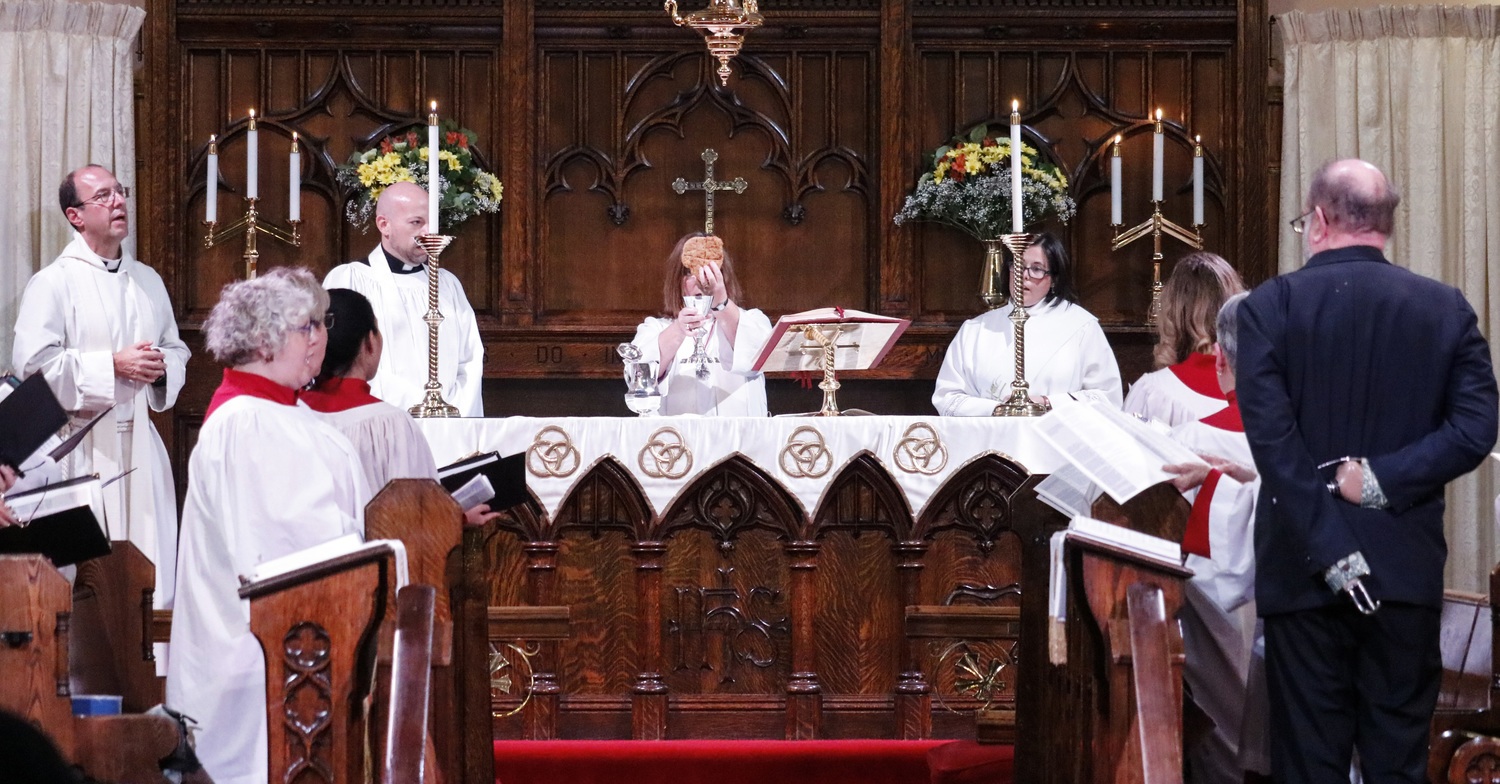 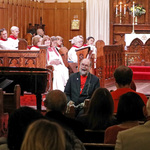 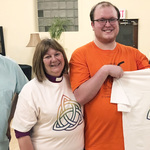 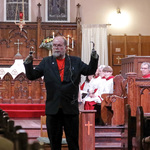 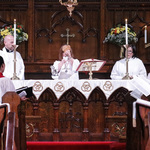 On September 30, the Feast of St. Michael and All Angels, and the day many members of the Edmonton diocese wore orange shirts and prayed for the children and families who suffered in the Indian Residential School system, Fr. Michael Lapsley conveyed his hope to “my dear sisters and brothers” of All Saints’ Cathedral (Sunday morning), and the Equally Anglican community at Holy Trinity Anglican Church (Sunday evening) that, eventually, “good will triumph over evil.”

“One of my favourite verses in scripture is the one (Revelation 12:7-9) we heard today,” said Fr. Lapsley. “Michael and his angels fought against the devil and his angels and evil was defeated.”

In 2017, Bishop Jane Alexander installed Fr. Lapsley as Honorary Canon for Healing and Reconciliation at All Saints’ Cathedral. Upon his return to the Edmonton diocese last week to lead reconciliation workshops and talk with church congregations, he brought greetings from St. George’s Cathedral in Cape Town, South Africa, where he holds a similar title.

Born in New Zealand and ordained an Anglican priest in Australia, Fr. Lapsley joined an Anglican religious order called the Society of the Sacred Mission at the age of 17. He was sent to South Africa in 1973 as a missionary, and served as chaplain to students of all colours on three university campuses in Durban. He became active in the anti-apartheid movement and became a member of the African National Congress (ANC). Exiled from South Africa for speaking out against the injustices of the apartheid regime, he then moved to Lesotho and later Harare, Zimbabwe, where he served as a chaplain in the ANC.

Returning home to Zimbabwe after an international speaking engagement in 1990, Fr. Lapsley opened a parcel that nearly killed him. The letter bomb blew apart his hands and severely damaged his eyesight and hearing. Uplifted by an “avalanche” of prayers, love and support from people around the world, he became a champion for restorative justice and started the Institute for the Healing of Memories to help people reconcile their past by sharing their stories.

“I wonder where each of us are on our journey of healing? Where do we see ourselves? How many of us have told our stories? How many of us are waiting for listeners?” said Fr. Lapsley who founded the Institute for the Healing of Memories, in 1998, as a parallel process to South Africa’s Commission for Truth and Reconciliation headed by Archbishop Desmond Tutu.

“South Africa was at war for hundreds of years and, in so many ways, our conflict was about race and racism. Then, under the leadership of Nelson Mandela, we became a nation. In the first years of the new democratic order we wrote a constitution together that outlawed all forms of discrimination and we articulated that in terms of race, gender, disability and sexual orientation. But, 25 years into democracy, just because we’ve written it into our constitution does that mean we’ve ended racism? Does that mean we’ve ended discrimination on the basis of gender or disability? Does that mean we’re not homophobic? Dream on. Dream on,” he said.

“God, the creator of all of us with our diversity, weeps at the pain caused by racism and discrimination,” he said. “We need to have our eyes open to all forms of othering. All the ways people are discriminated against because of who they are.”

Through his ministry, Fr. Lapsley provides safe and sacred spaces where people can tell each other who they are; and where they can detoxify and let go of poisonous memories so that, as victims, they do not become the victimizers of others.

“Those who’ve had horrible things done to them have every reason to hate, to be filled with anger, to be bitter, to want revenge,” said Fr. Lapsley. “But in the end that does not destroy our enemies. It destroys us. Healing is about what we need to do for ourselves.”

“The question my sisters and brothers is ‘how do we move from destructive memory that is filled with poison to life-giving and redemptive memory?’ The key first step is acknowledgement. The power of acknowledgement is true in our intimate relations, in our families, in our communities. It’s true in nations and between nations.”

“‘I am sorry’ is the beginning of a different journey. And, in a way, this t-shirt I am wearing is about acknowledgement. We’re acknowledging that ‘yes, it (settler oppression of Indigenous peoples) truly happened. It was wrong. We are sorry, and we are committed to a new journey of healing and restoration.”