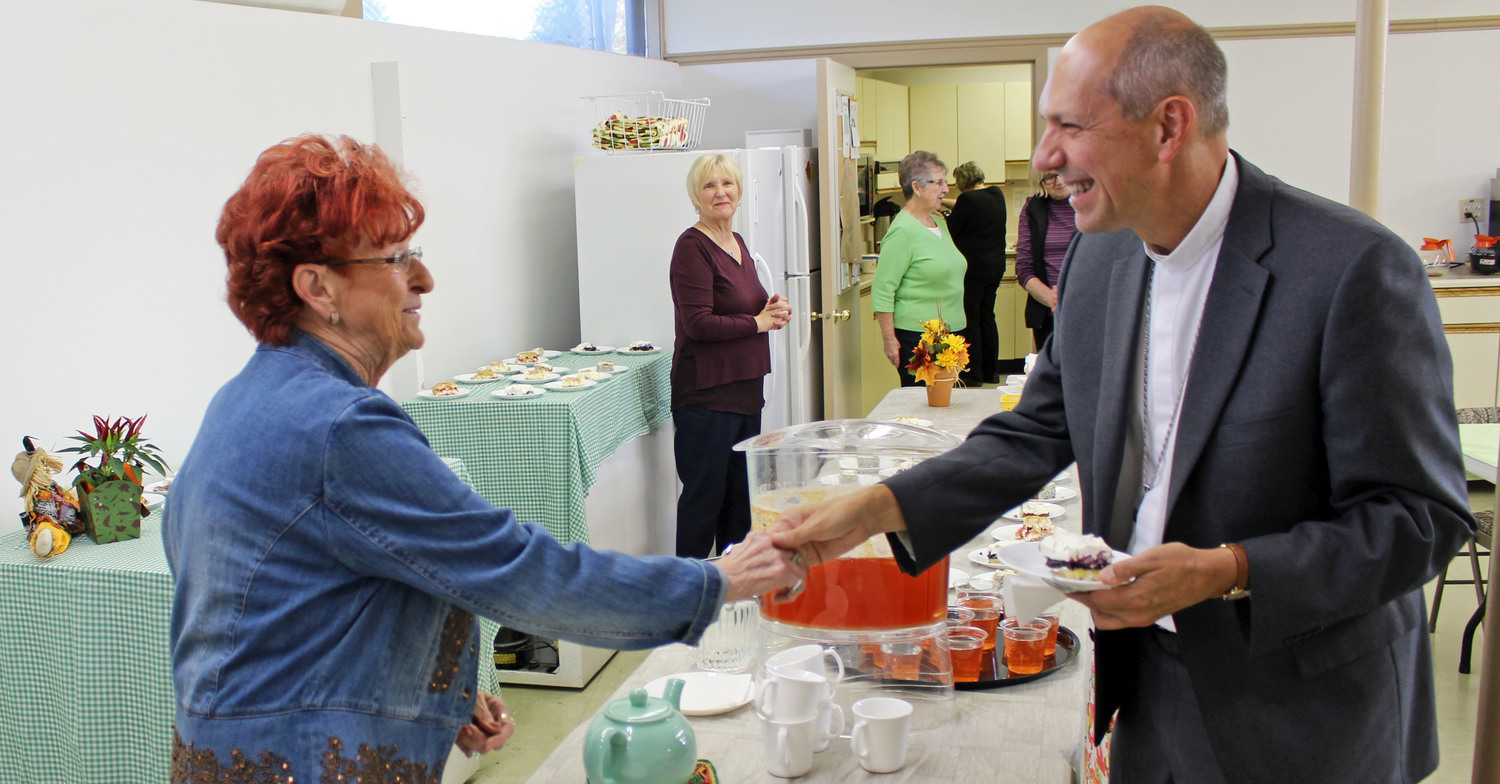 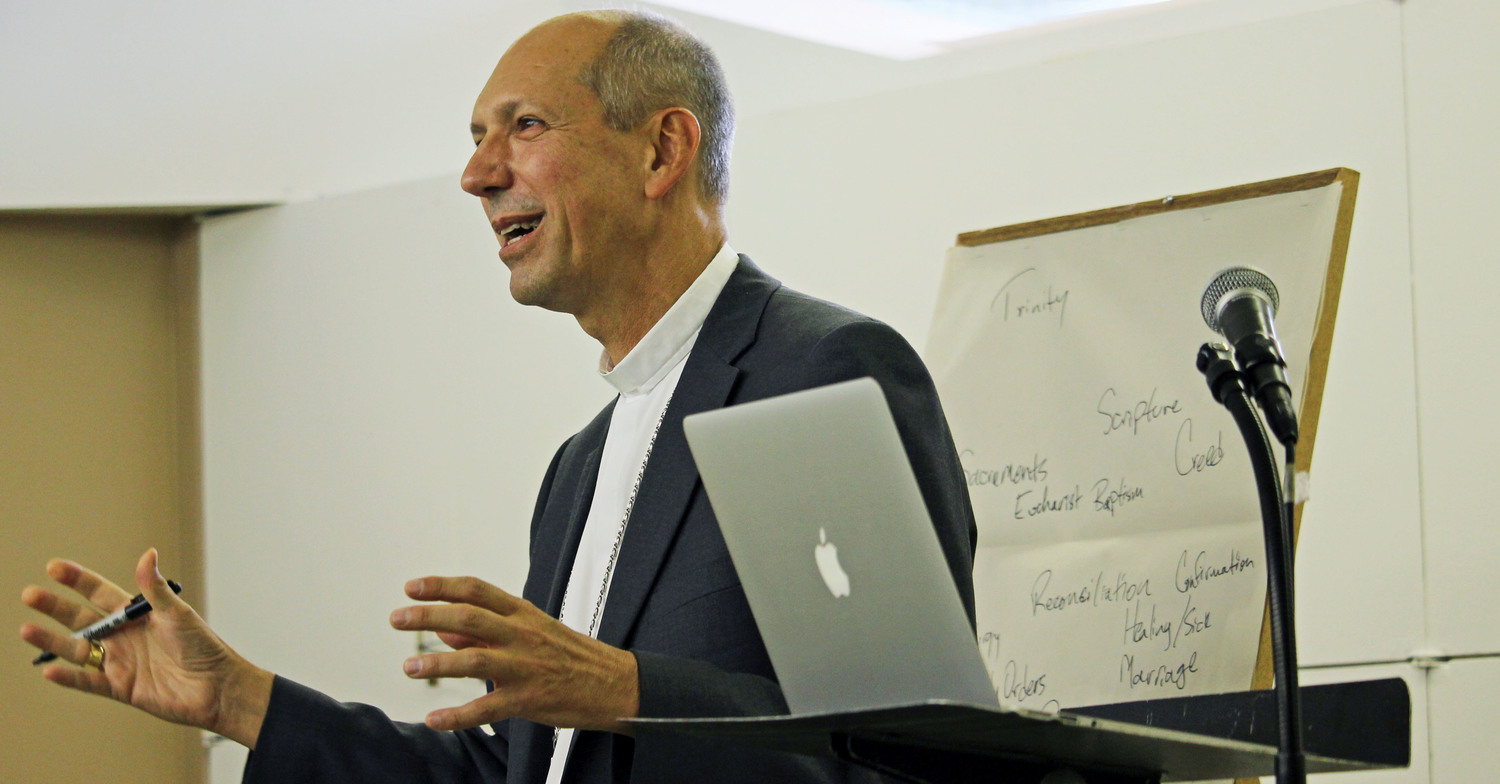 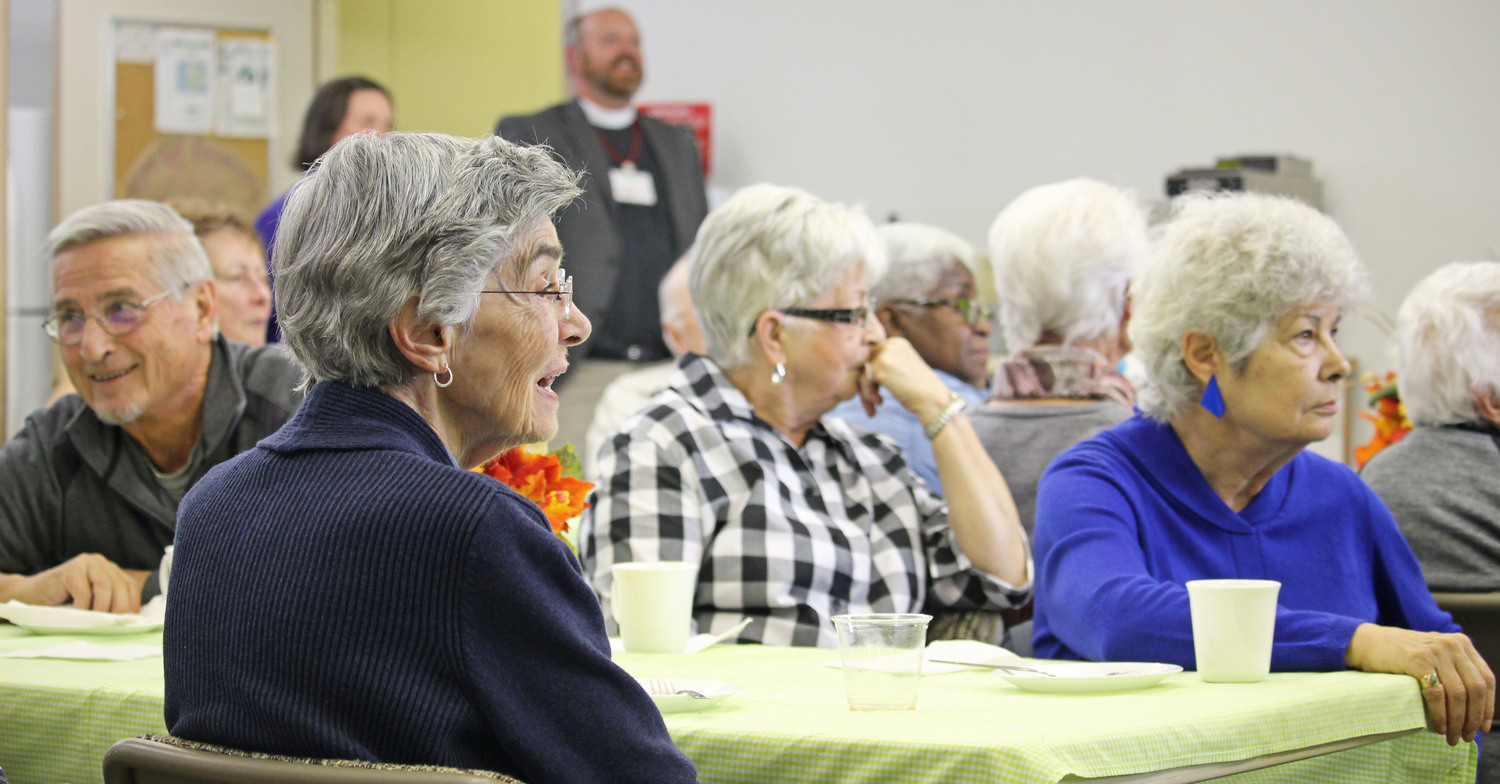 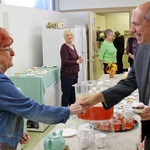 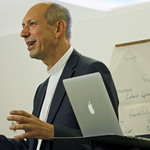 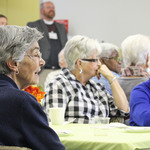 The Most Rev. Donald Bolen, Roman Catholic Archbishop of the Archdiocese of Regina and guest speaker for the 28th Annual Ecumenical Mission of Strathcona County, engaged the group in conversation about “Dialogue and a Culture of Encounter.”

Bolen prefaced his session by saying that Pope Francis was reported to have told an international gathering of political leaders recently that what the world needs most is “dialogue.”

The essence of ecumenical mission is taking initiative to understand one another so that we may grow closer in our common mission to the world, said Bolen.

“Our differences are not cause to separate us,” he said. “What we hold in common is the shape of the real communion.”

The strength of the unified Christian community has driven change in the areas of social justice and reconciliation. But there is still much work to be done. Christian churches need, for example, to stop competing with one another in our outreach to youth, and rather, view it as a valuable opportunity to worship together, learn together and grow together in Christ.

Complete unity as Jesus envisioned is not a realistic expectation, said Bolen. “We are human beings after all.” The key is for us to remain open and identify areas where ecumenical cooperation is possible. “Always ask yourself, ‘is this something we can do with our ecumenical partners?’ When we take the first step, other doors may open.”

“Ecumenical dialogue has always been important to me. Jesus desires us to be One,” says Rita Sandmaier, a member of Our Lady of Perpetual Help (OLPH) Roman Catholic Church and chair of this year’s organizing committee. Since joining the ecumenical mission in 2003, Sandmaier says she has gotten to know many more members of her Sherwood Park community.

While she is pleased with the mission’s members willingness to respect and learn from one another, she notes that “part of our Christian body is still missing at the table. At present, only the Mainline churches are represented. We’re hoping that will change.”

“We’re all under the same God,” said Alice Walker, a member of Sherwood Park United Church who has served with the Strathcona Ecumenical Mission for nine years. “It’s important we work together and pull in the same direction. On Sunday night our church was totally full for the opening service and potluck.” Every year, the offering collected during the four-day event is given to a different group in need,” says Walker. Recent recipients have included food banks, women’s shelters and refugee families.

The Strathcona Ecumenical Mission concludes Wednesday evening, October 18. The closing service will be held at OLPH Roman Catholic Church, 7:30 pm. All are invited to “Stand Together Before Christ.”