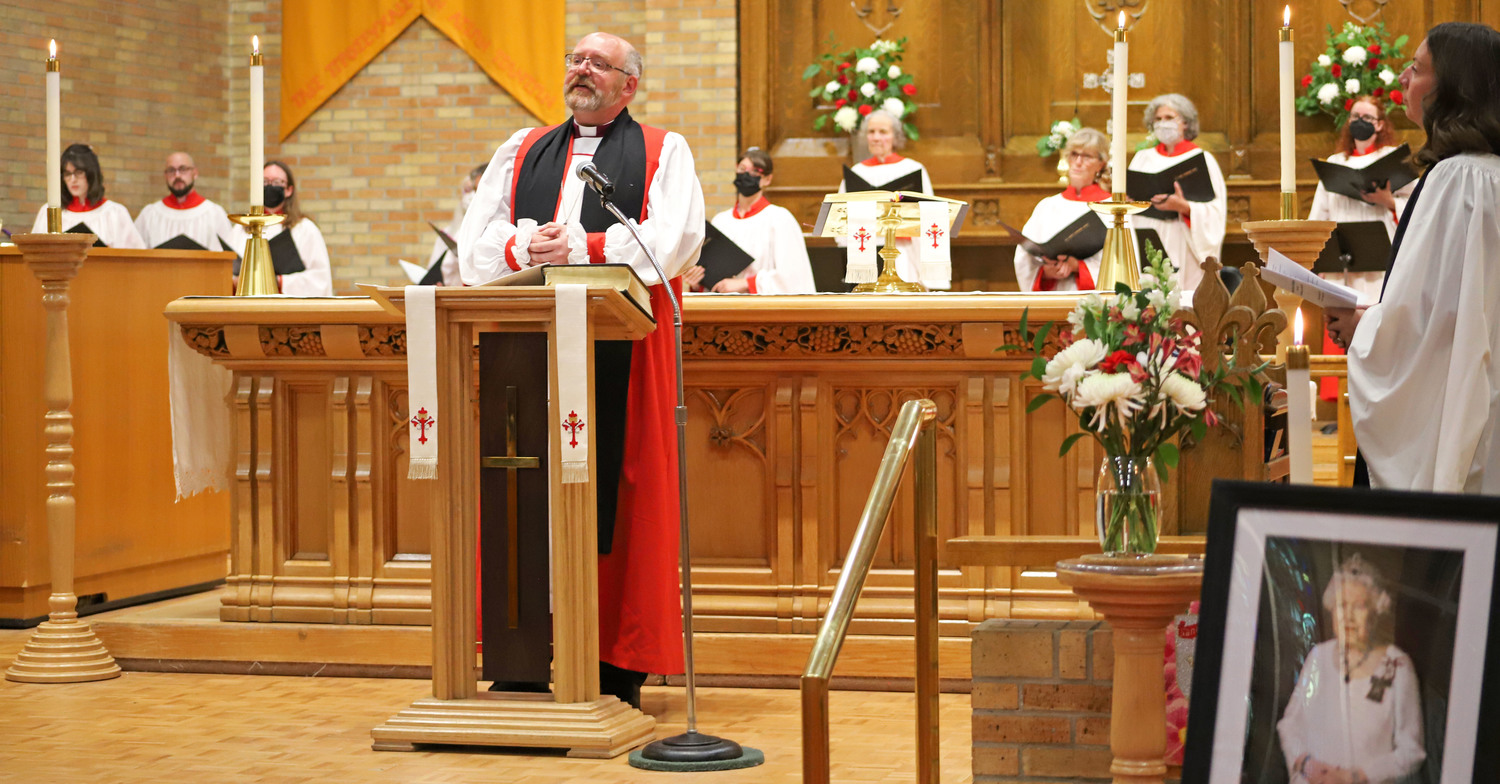 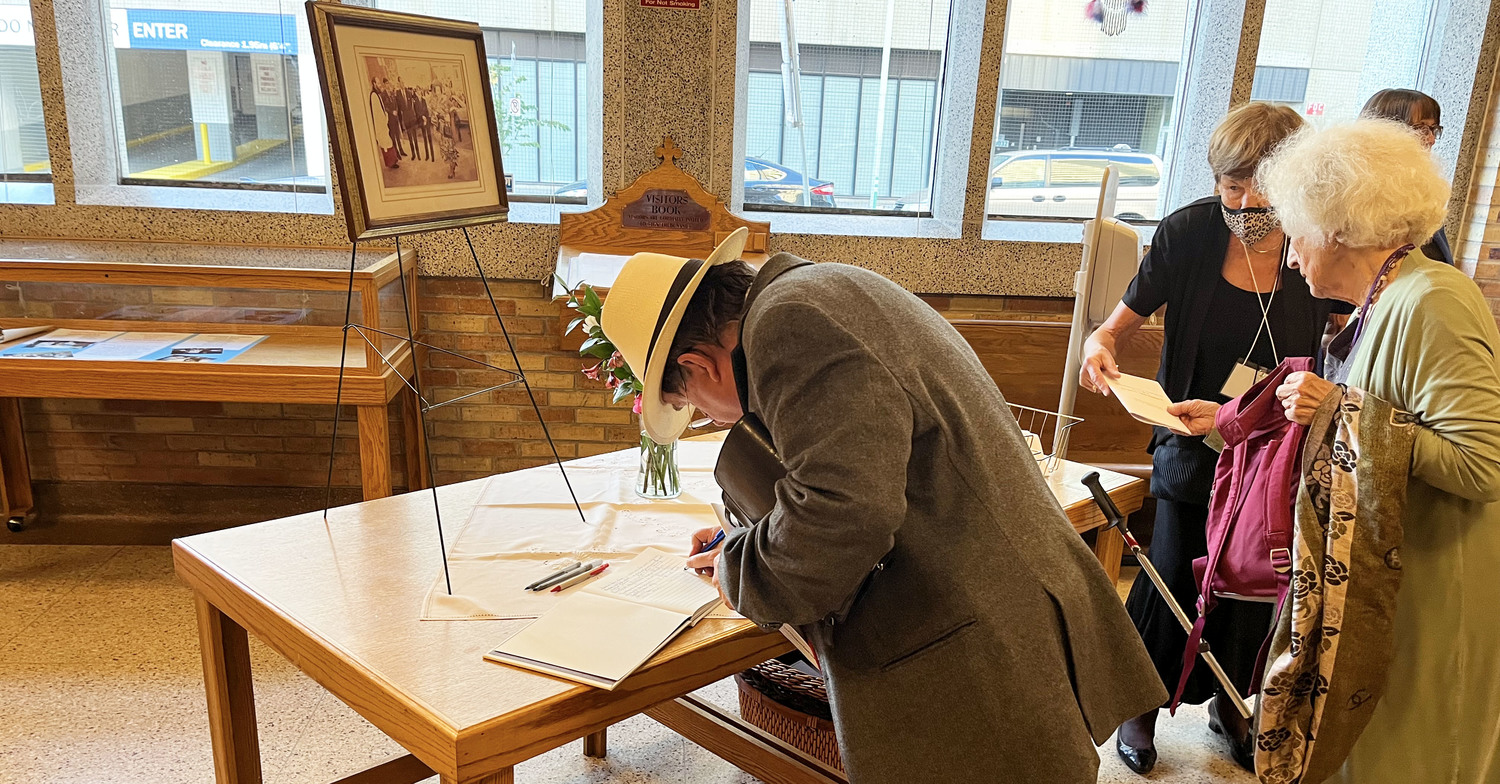 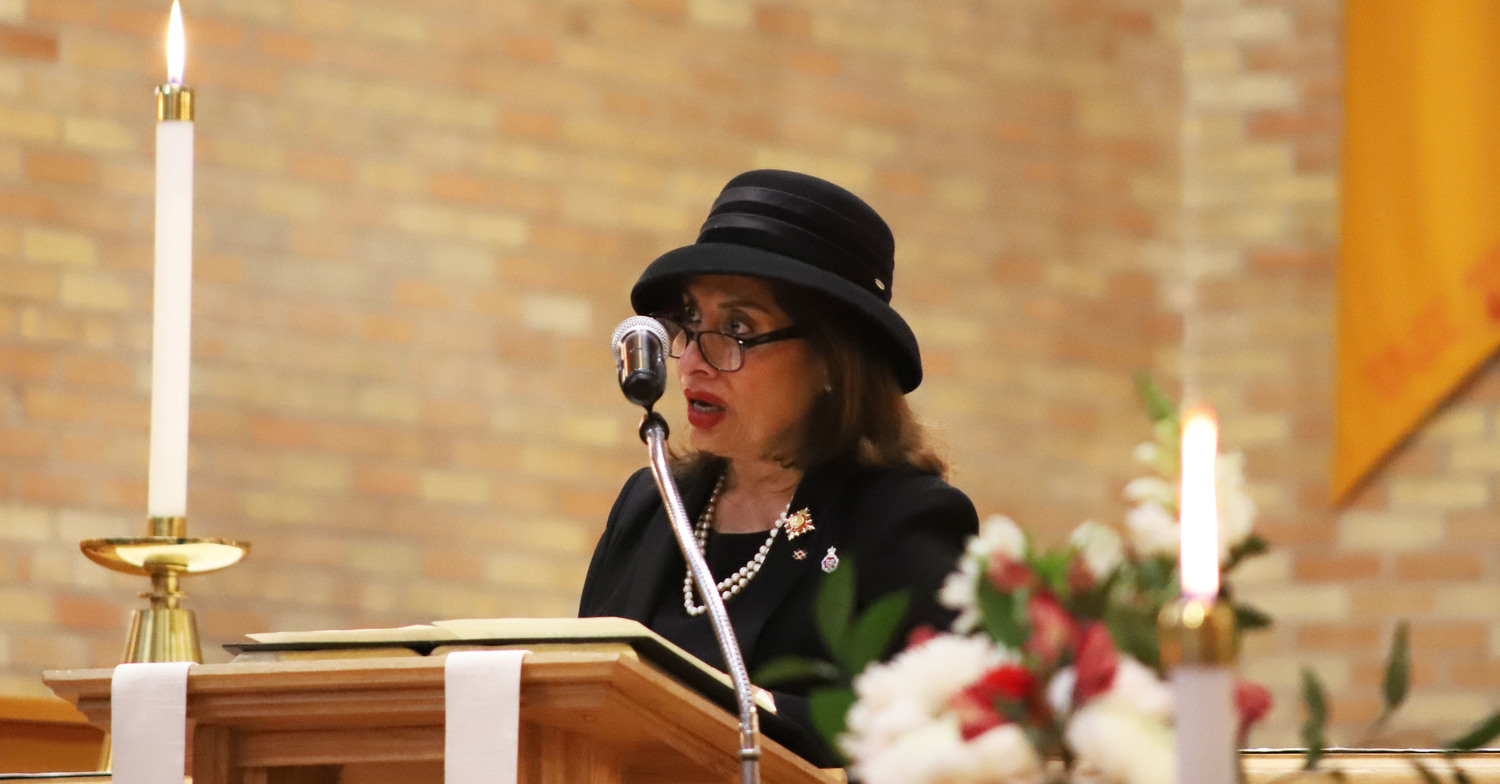 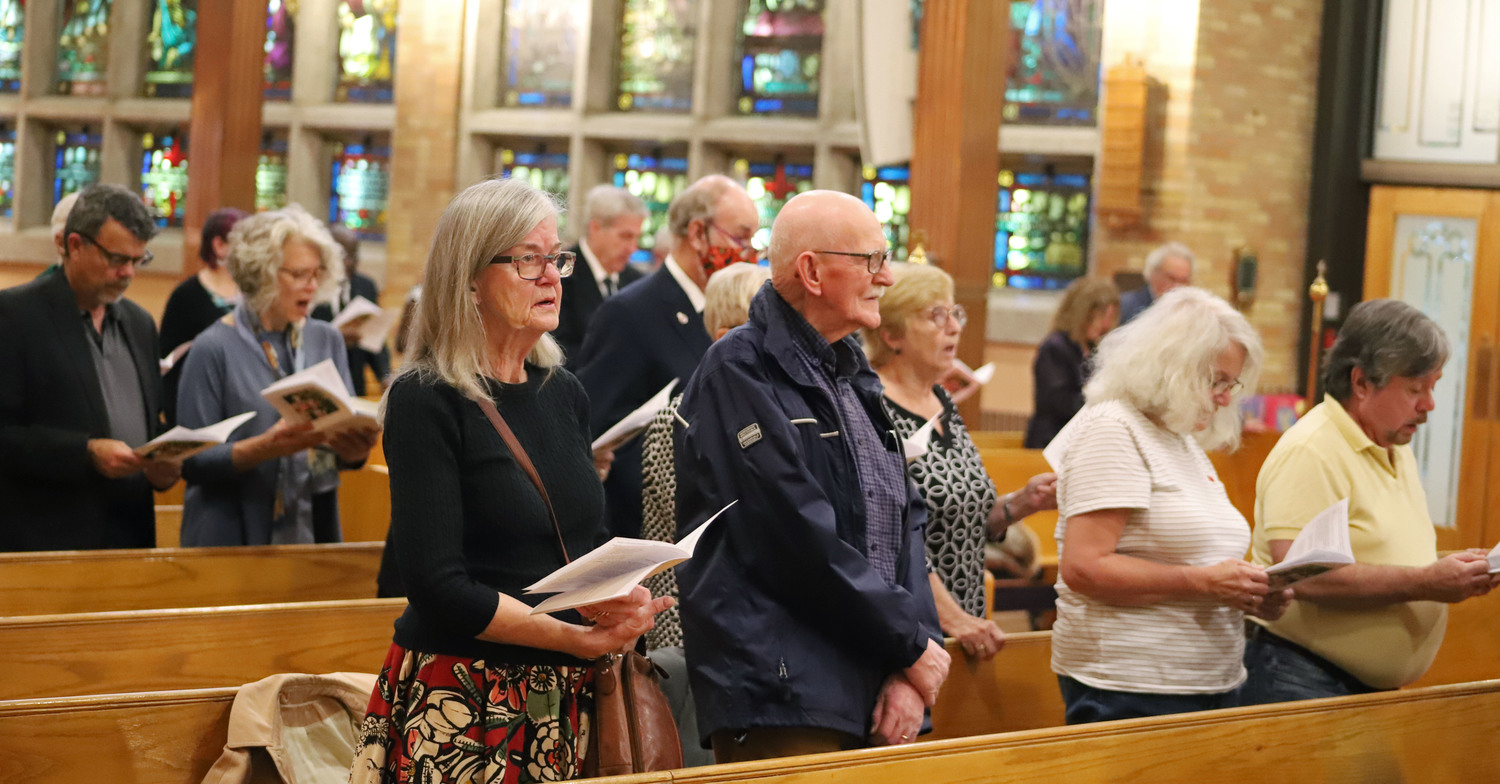 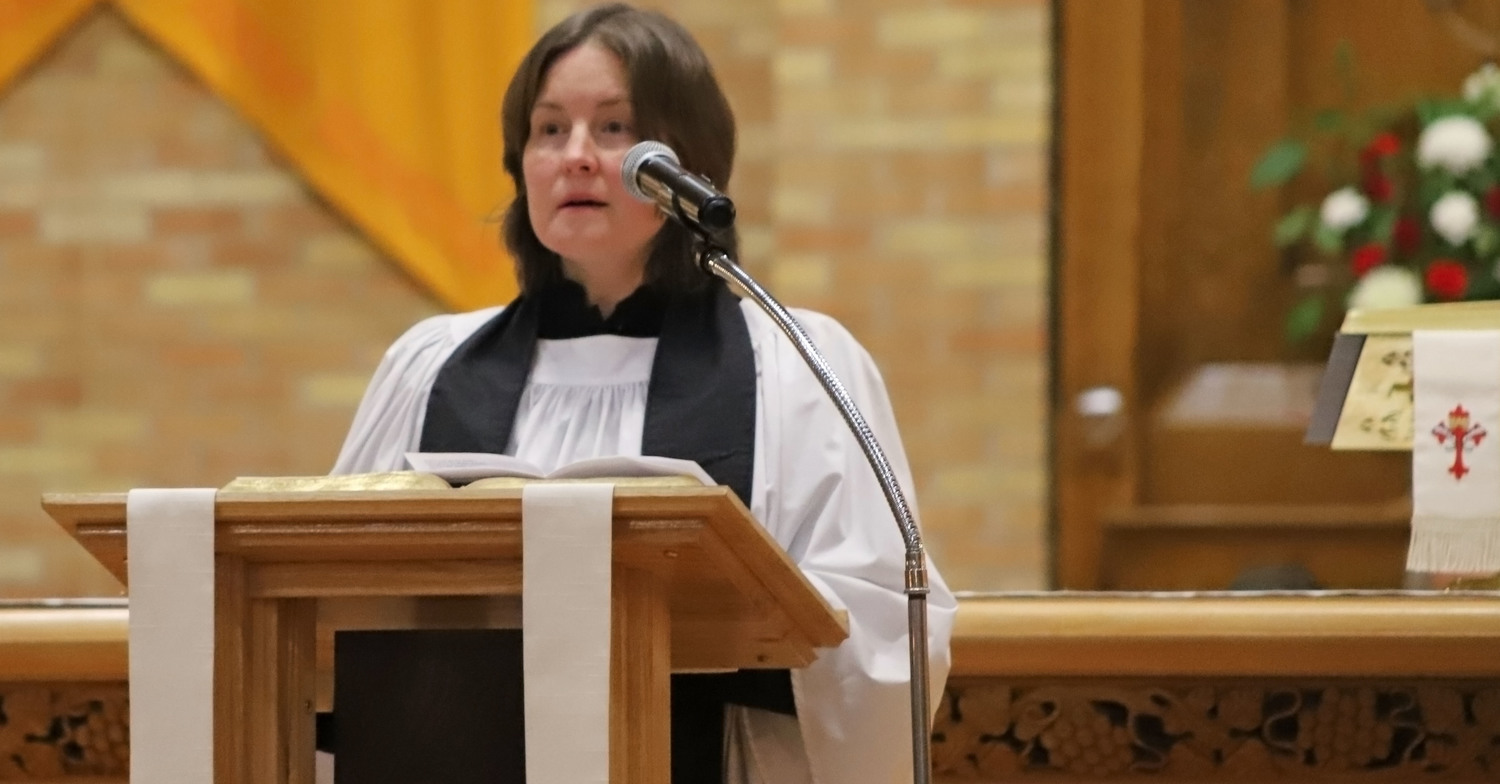 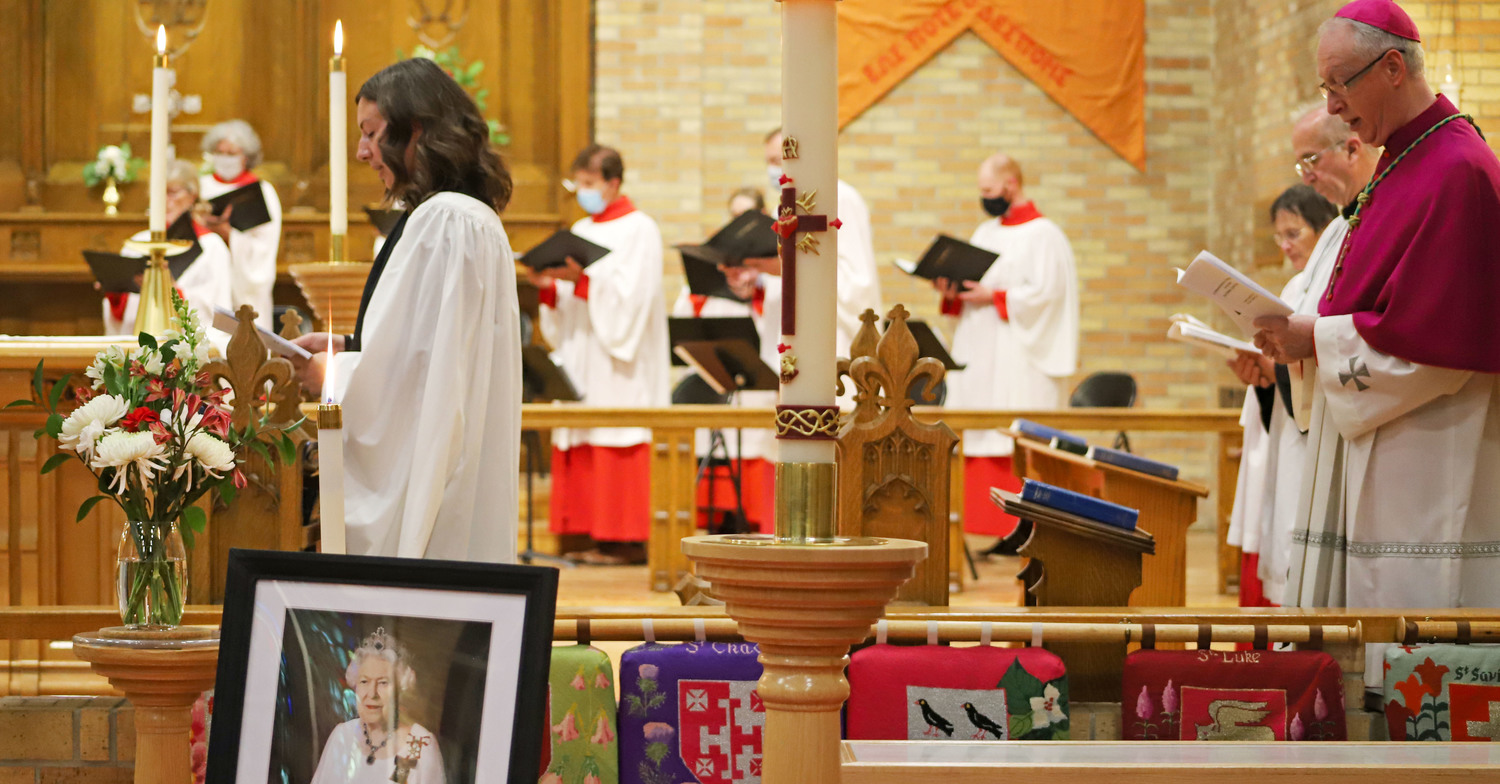 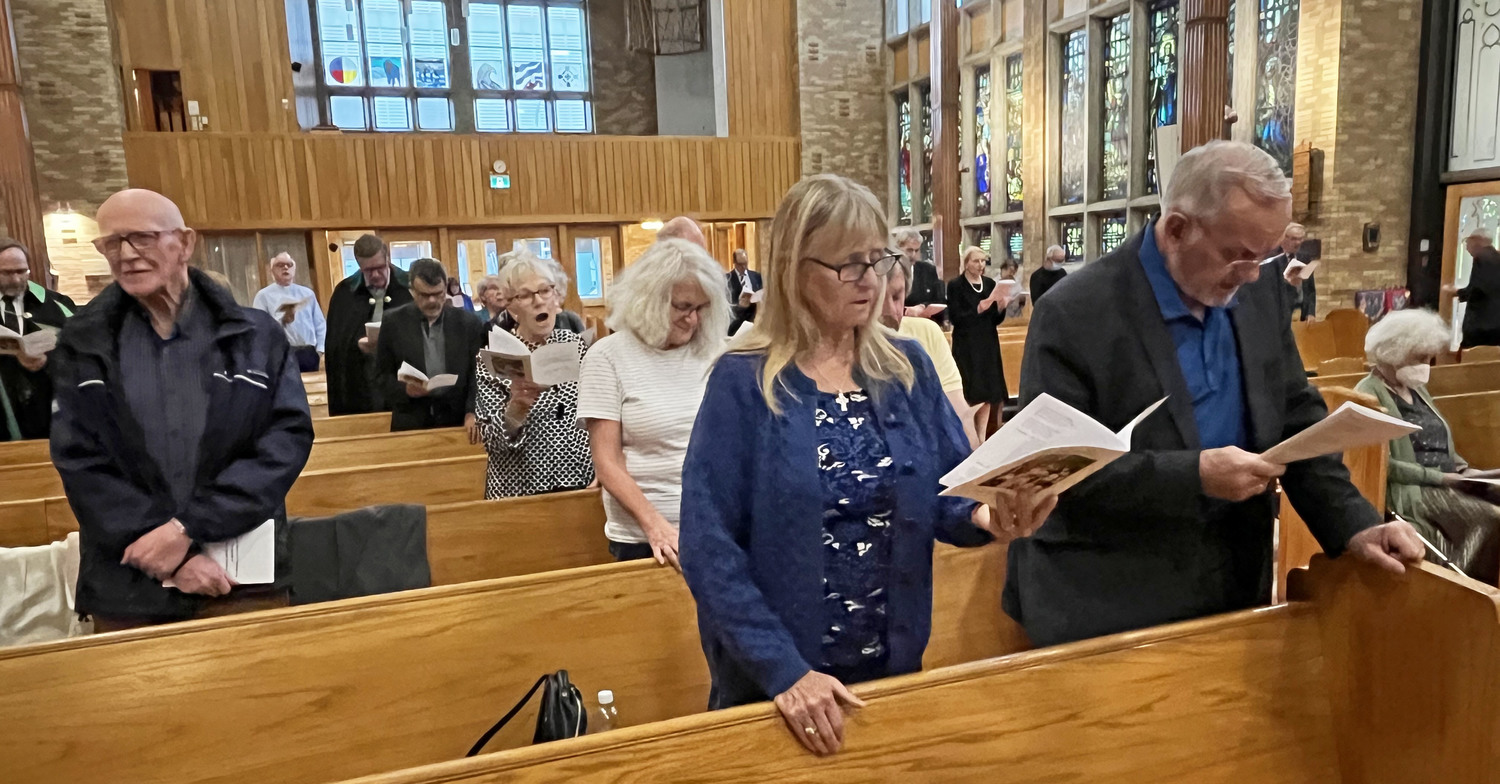 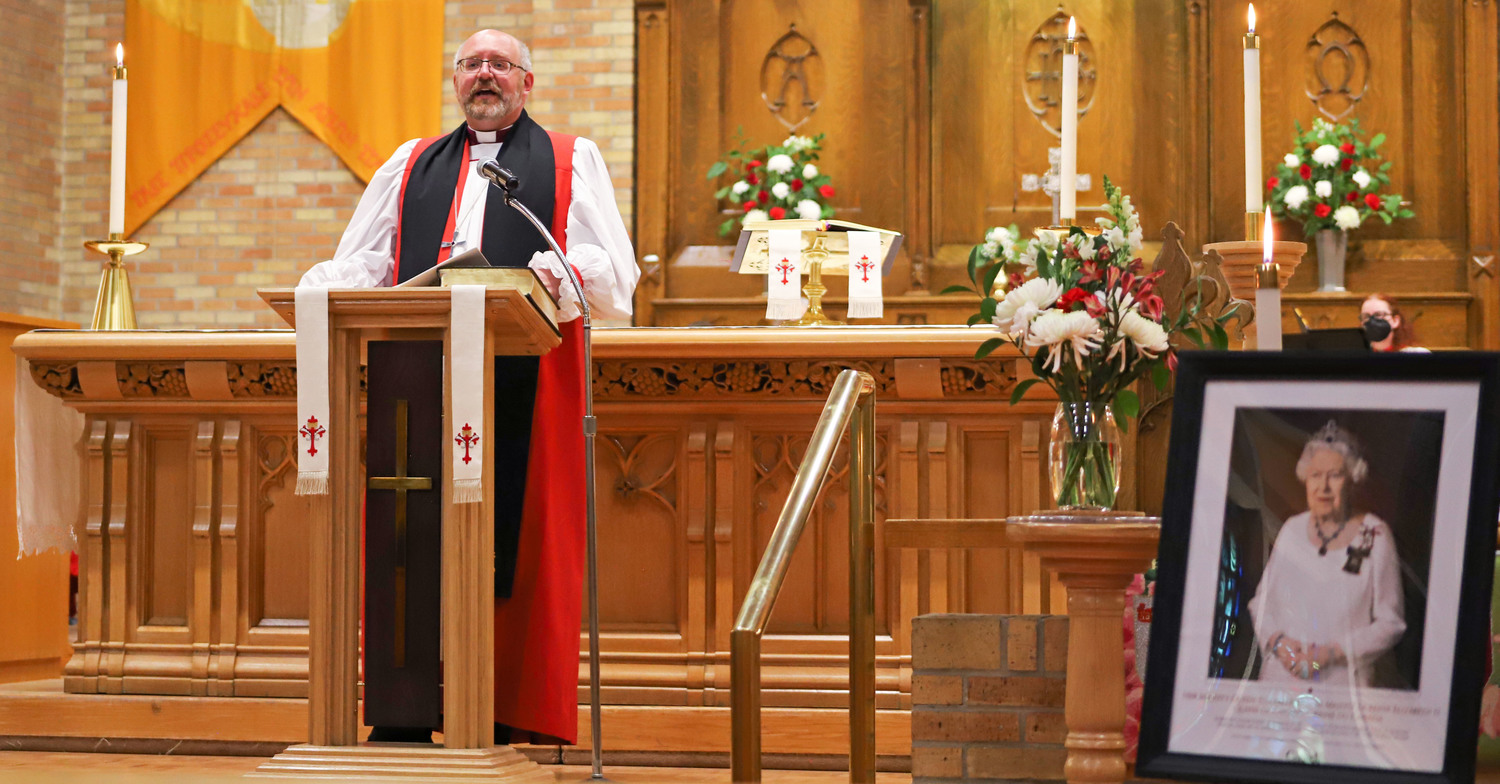 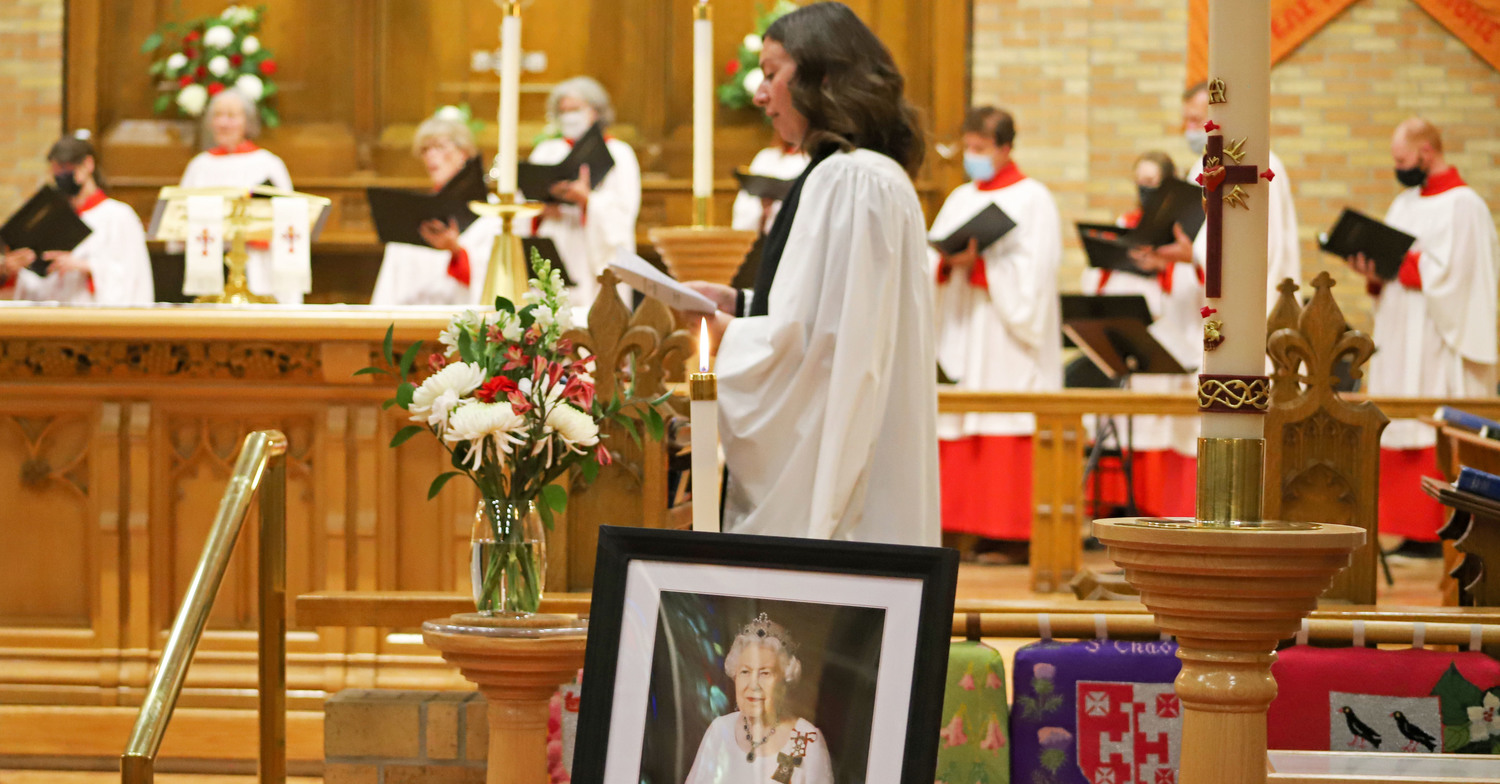 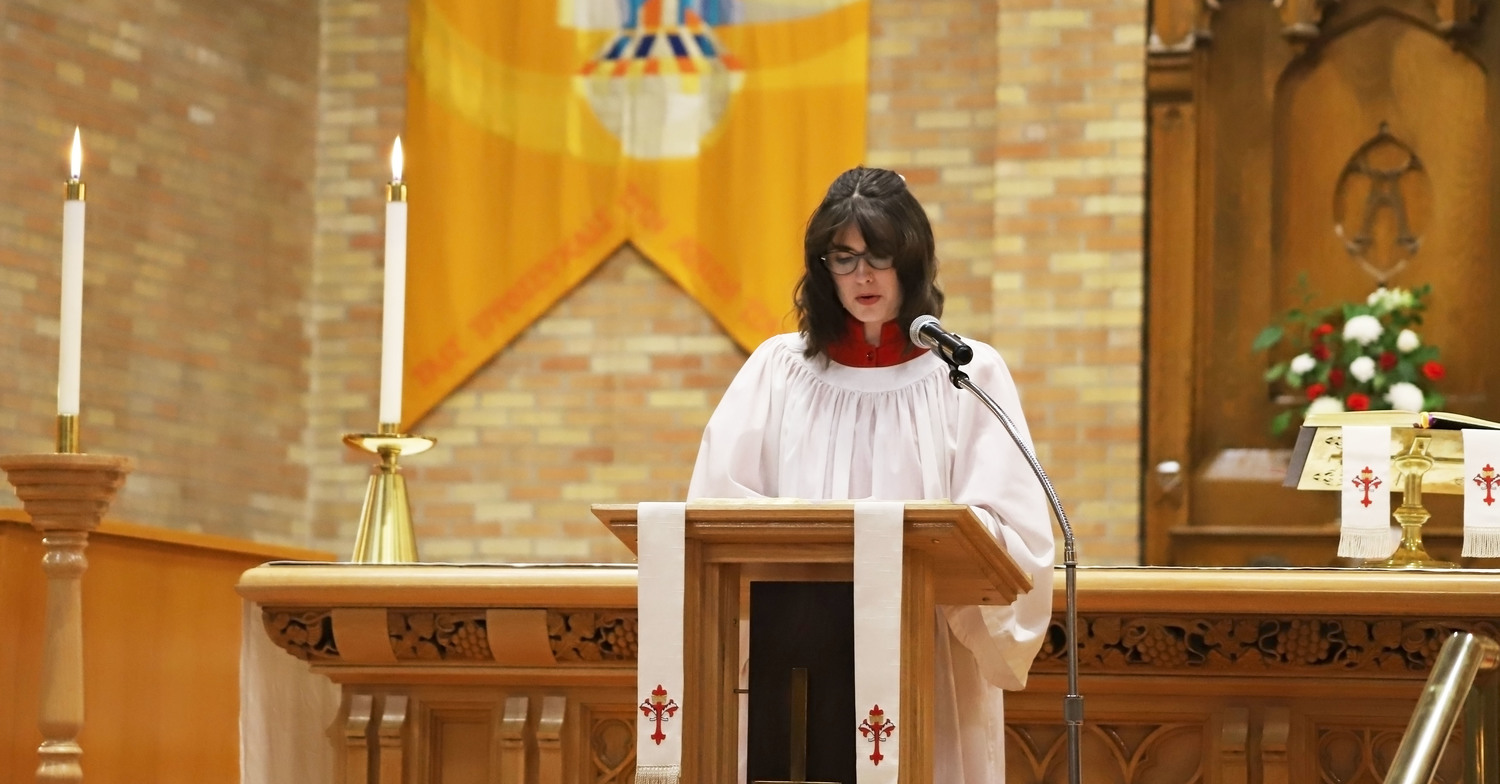 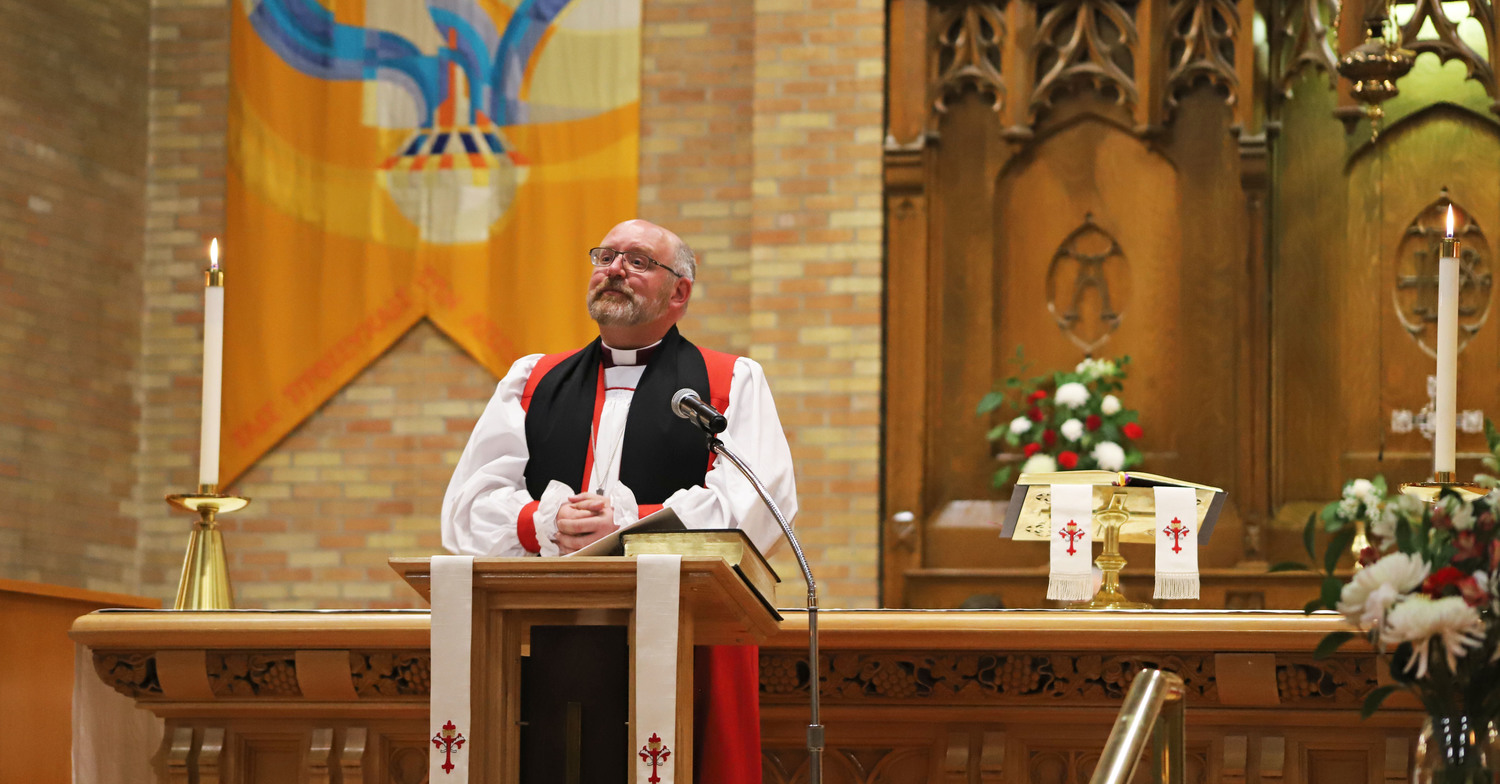 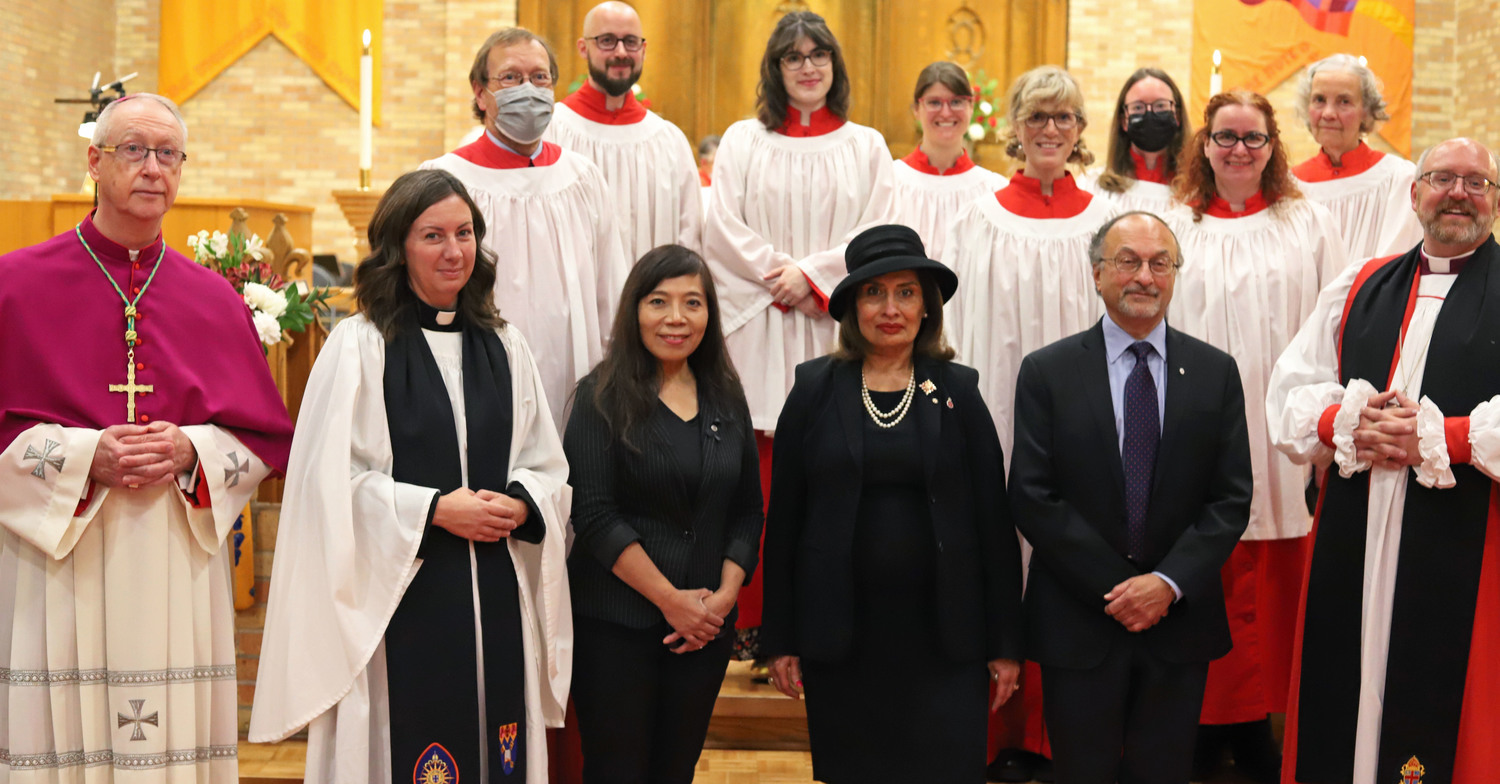 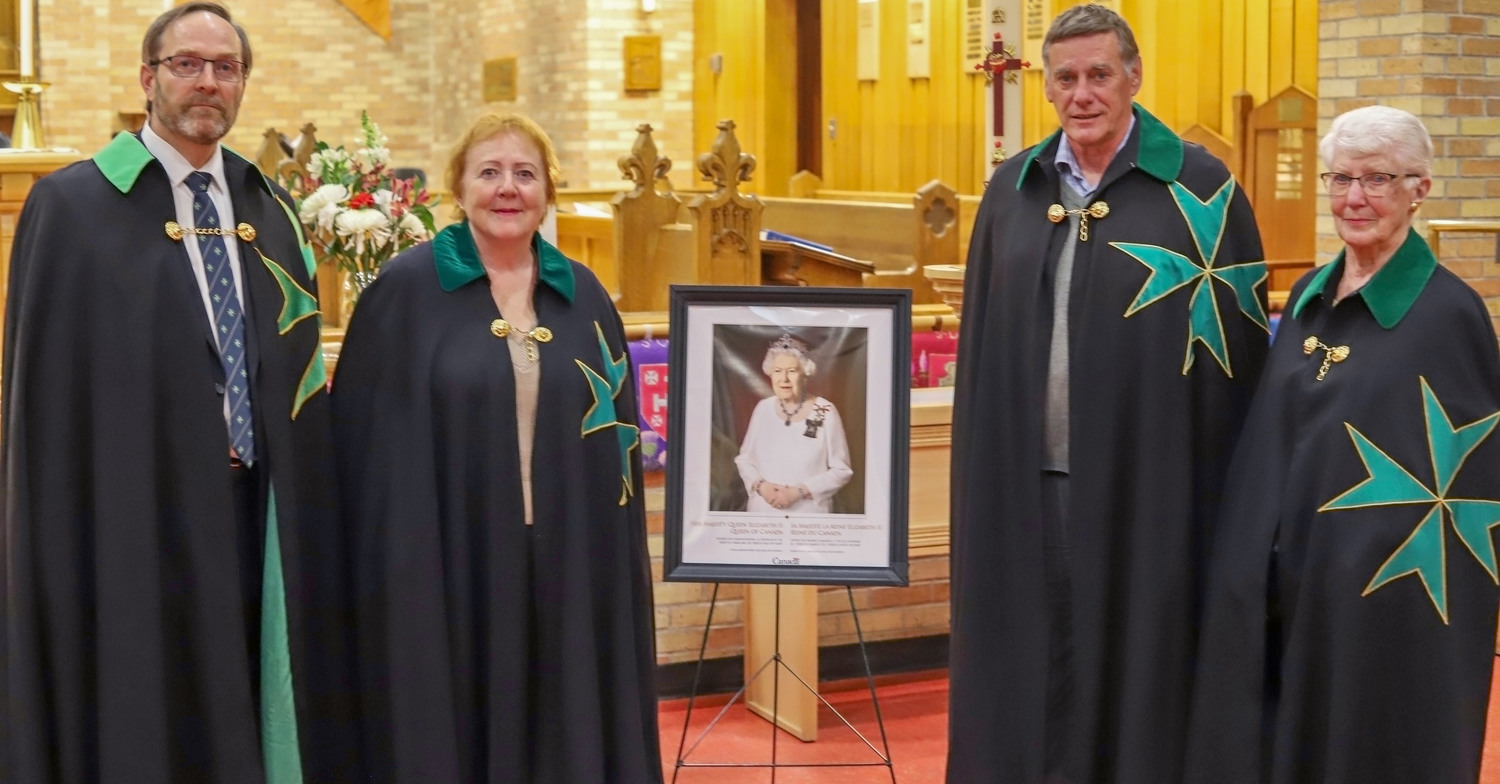 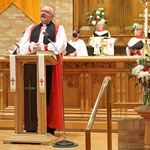 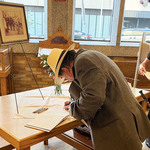 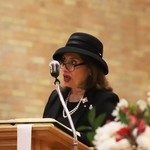 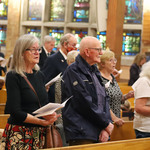 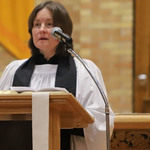 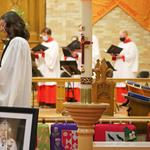 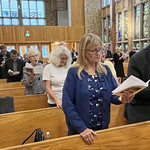 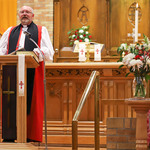 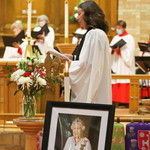 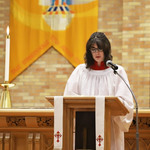 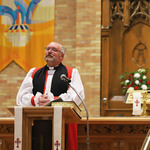 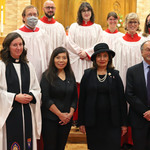 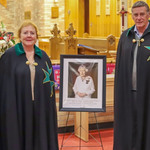 Members of the Edmonton diocese and invited guests mourned the death of and gave thanks for Her Majesty, Queen Elizabeth II and her life of faithful service at a Choral Evensong Service held at All Saints’ Anglican Cathedral in Edmonton.

According to protocol, the diocesan service for the late Queen Elizabeth II, who died on September 8, 2022, at the age of 96, was held following her State Funeral on September 19, at Westminster Abbey in London, the U.K., and national memorials at Christ Church, Ottawa and St. James’ Cathedral, Toronto.

Parishes remembered the Queen and the Royal Family in their prayers of thanksgiving and those with church bells rang them.

Edmonton Bishop Stephen London welcomed the congregation and distinguished guests to All Saints on September 22, 2022. He acknowledged we worship on Treaty 6 land which is the traditional gathering place of the Cree, Nakoda Sioux, Blackfoot, Dene, Sarcee, Saulteaux, Mohawk and Métis peoples.

“Over the past two weeks, there have been many uplifting stories and remembrances shared about Her late Majesty, each one a tribute to a most remarkable, beautiful and purposeful life well-lived. We have heard how faith was a powerful and enduring force in the Queen’s life, and that she was unflagging in her dedication to fostering interfaith dialogue and understanding,” said Lakhani who is Alberta’s first Muslim Lt. Gov.

“In 1947, during a radio broadcast from South Africa on her 21st birthday, Princess Elizabeth, said ‘I declare before you all that my whole life, whether it be long or short, shall be devoted to your service.’ Her Majesty never faltered in that solemn vow.”

Princess Elizabeth’s 1947 message to the Commonwealth was read during the service by Kayleigh Spriensma, a member of the Cathedral Choir.

“Earlier this year, Queen Elizabeth celebrated the Jubilee anniversary of her reign as monarch, having served with unstinting faithfulness in her responsibilities since 1952,” said the official announcement of her death. “She presided through those years with grace and dignity, rooted in her Christian faith and with love for all the people she served.”

Lakhani said, “Perhaps the best way to show our gratitude for everything Her late Majesty (an indomitable source of strength not just for her own family, but for all members of the greater family of Commonwealth nations) shared with us during her long and glorious reign, is to honour her commitment to service and compassion through our own thoughtful and caring citizenship.”

Several of the hymns led by All Saints’ Music Director Jeremy Spurgeon and the Cathedral Choir - such as “The Day Thou Gavest, Lord, Is Ended,” “The Lord’s My Shepherd,” “Love Divine, All Loves Excelling” - were also sung at the Queen’s funeral.

Both Her Honour Lakani, and Bishop London in his Homily, noted the day before she died, Her Majesty sent a message of condolence to the people of James Smith Cree Nation.

Elizabeth wrote: ‘I would like to extend my condolences to those who have lost loved ones in the attacks that occurred in Saskatchewan. My thoughts and prayer are with those recovering from injuries and grieving such horrific losses. I mourn with all Canadians at this tragic time.’

“For many, to say that you are in one’s thoughts and prayers can be a bit of a throwaway line,” said London. “But one thing we know about Elizabeth is that she was a strong Christian and a person of prayer. We know at the end of her life; she did hold the people of James Smith in prayer.”

London reflected on Her Majesty’s faith in Jesus Christ which he called “the foundation of her dedication to service… Christ’s message of service was what really stirred her soul… In her Christmas broadcast in 2000, she said, ‘For me, the teaching of Christ and my own personal accountability before God provide a framework in which I try to lead my life. I, like so many of you, have drawn great comfort in difficult times from Christ’s words and example.”’

“As we remember Elizabeth this night,” said Bishop London, she would remind us to hold onto the resurrection hope found in Jesus Christ. She has died in peace; now may she rise in glory. Amen.” Sermon Transcript