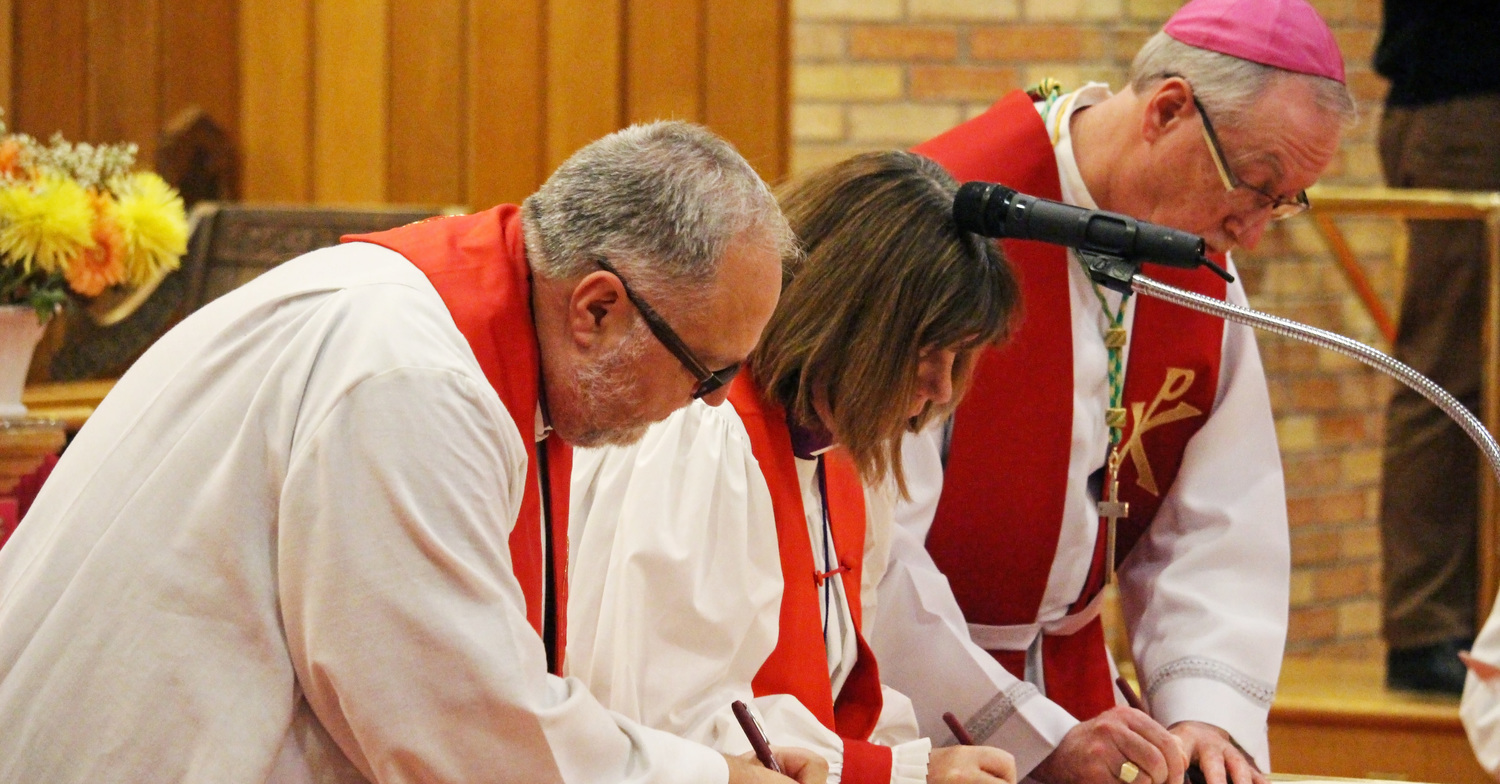 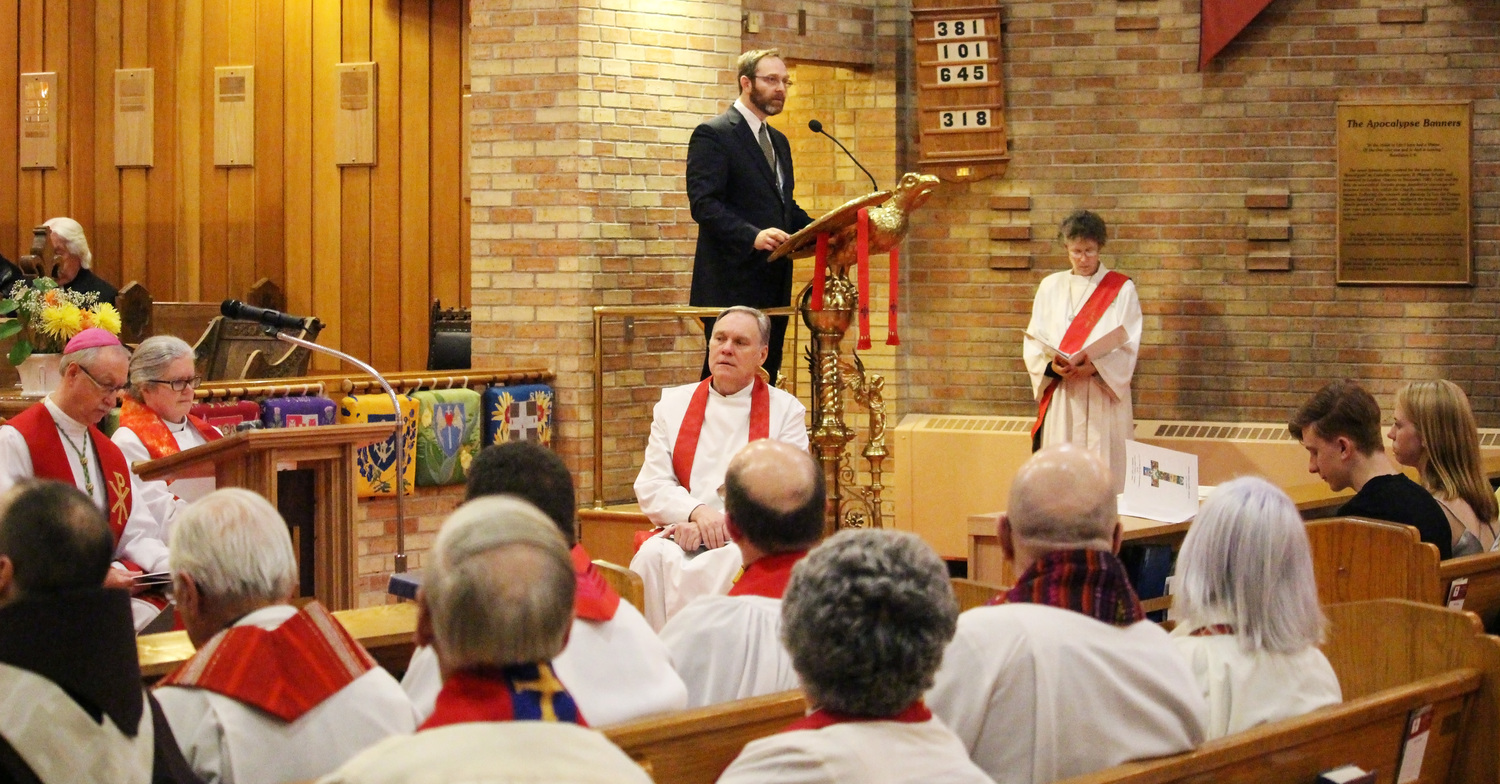 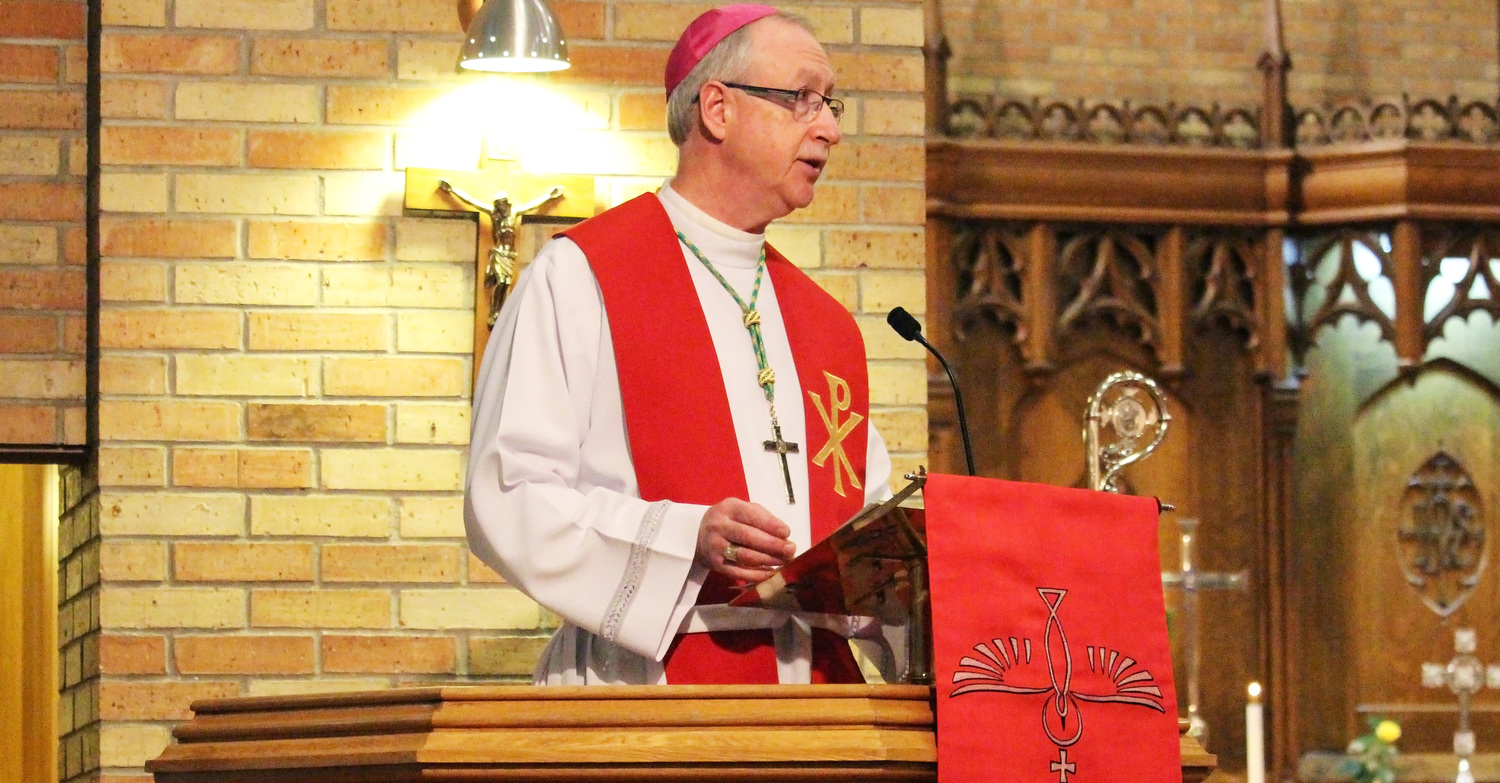 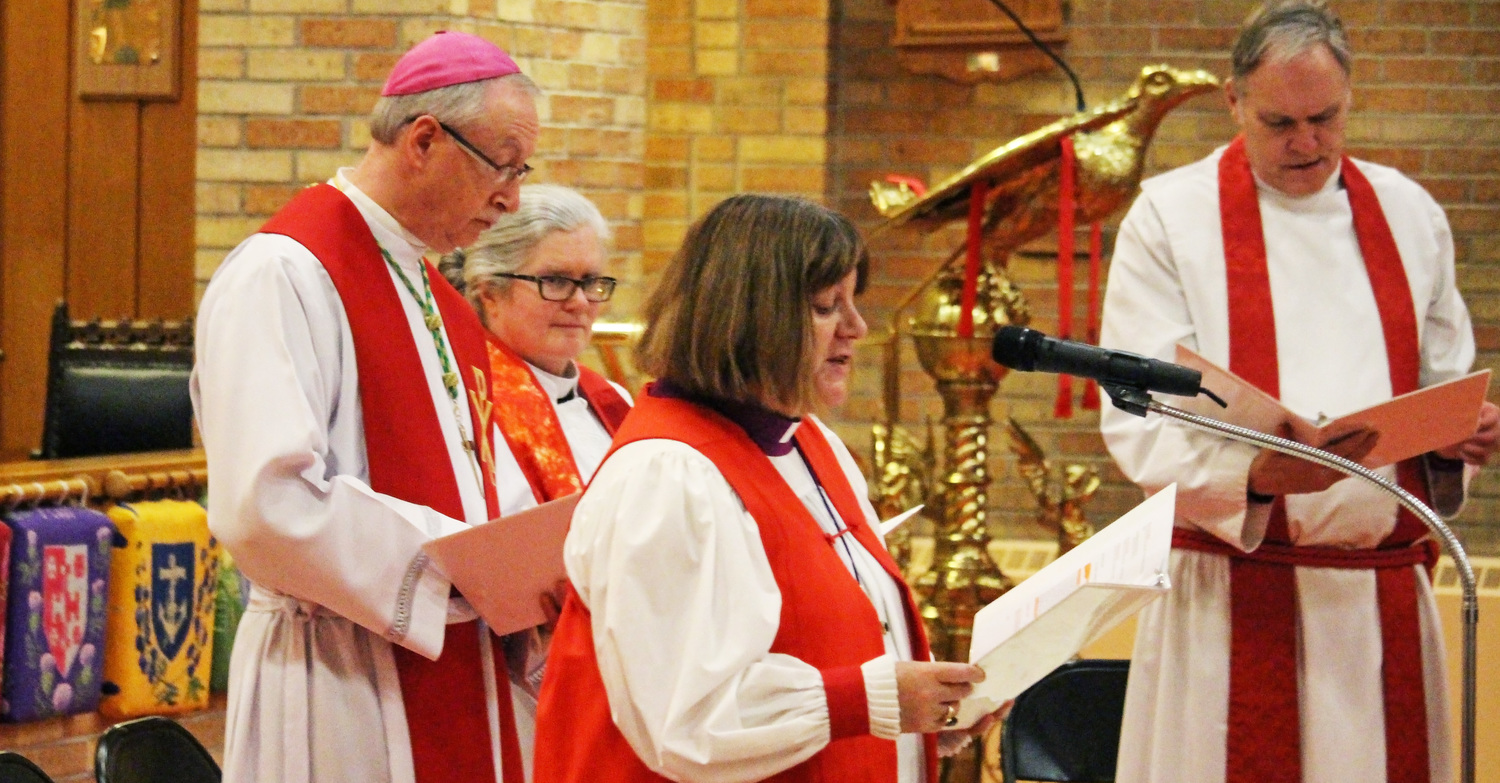 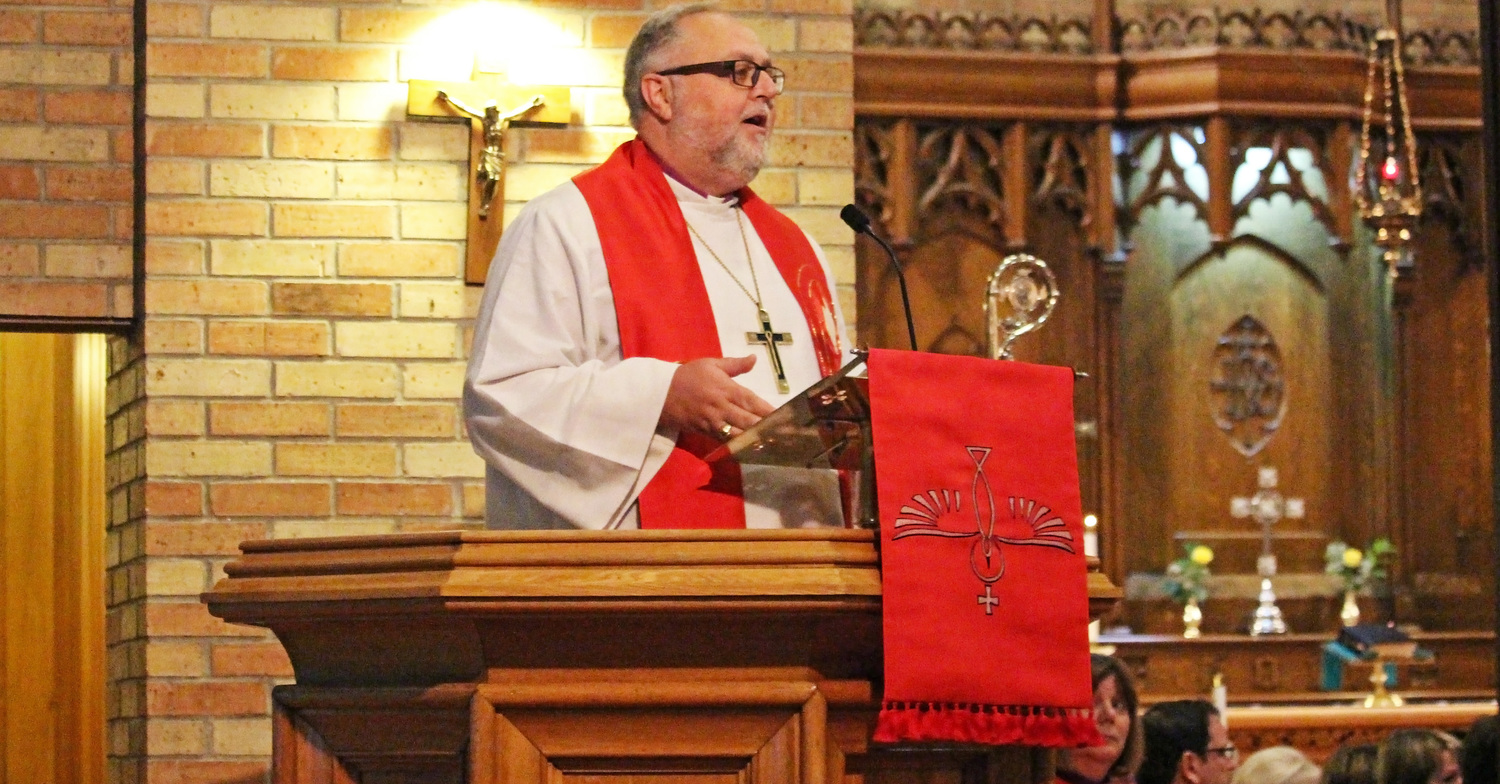 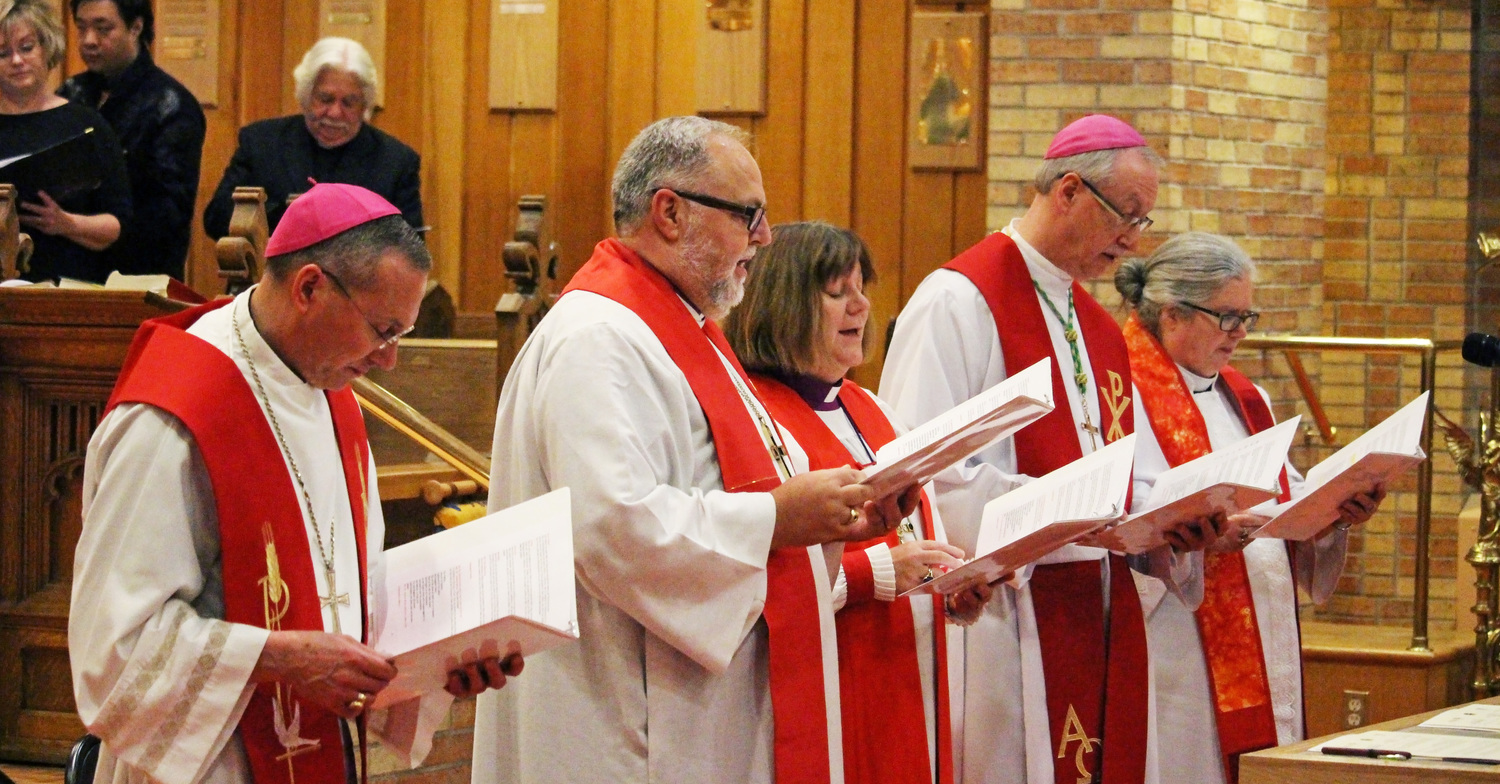 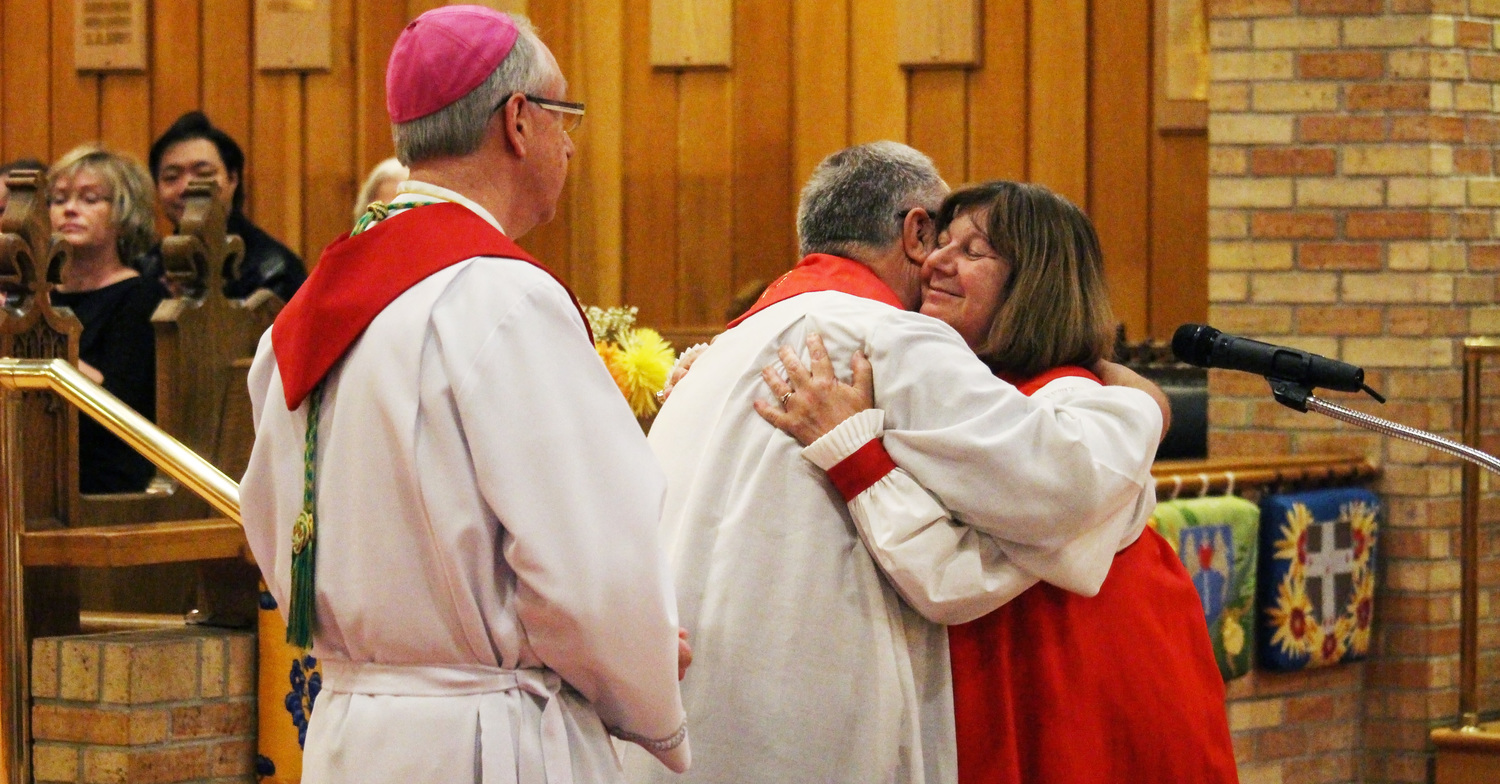 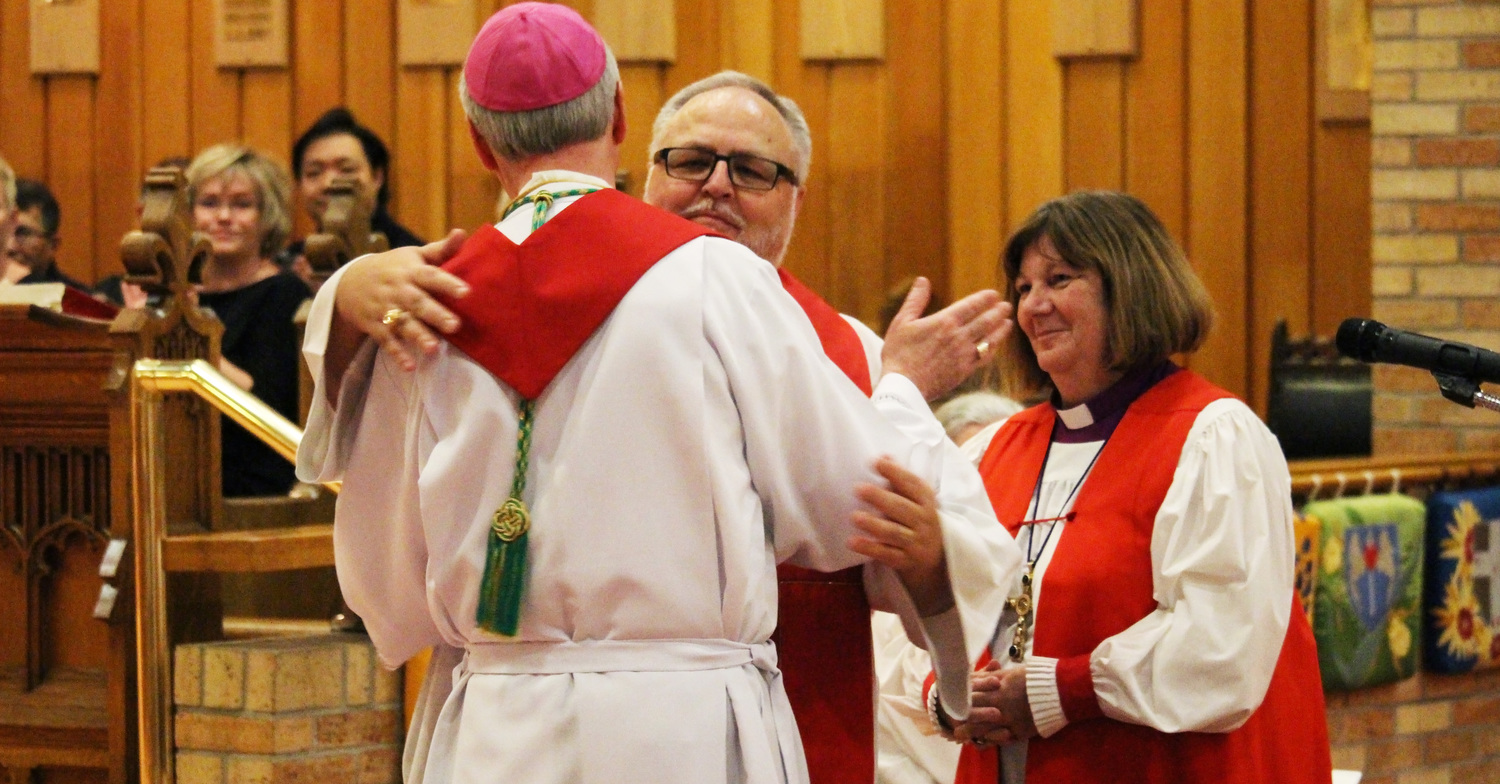 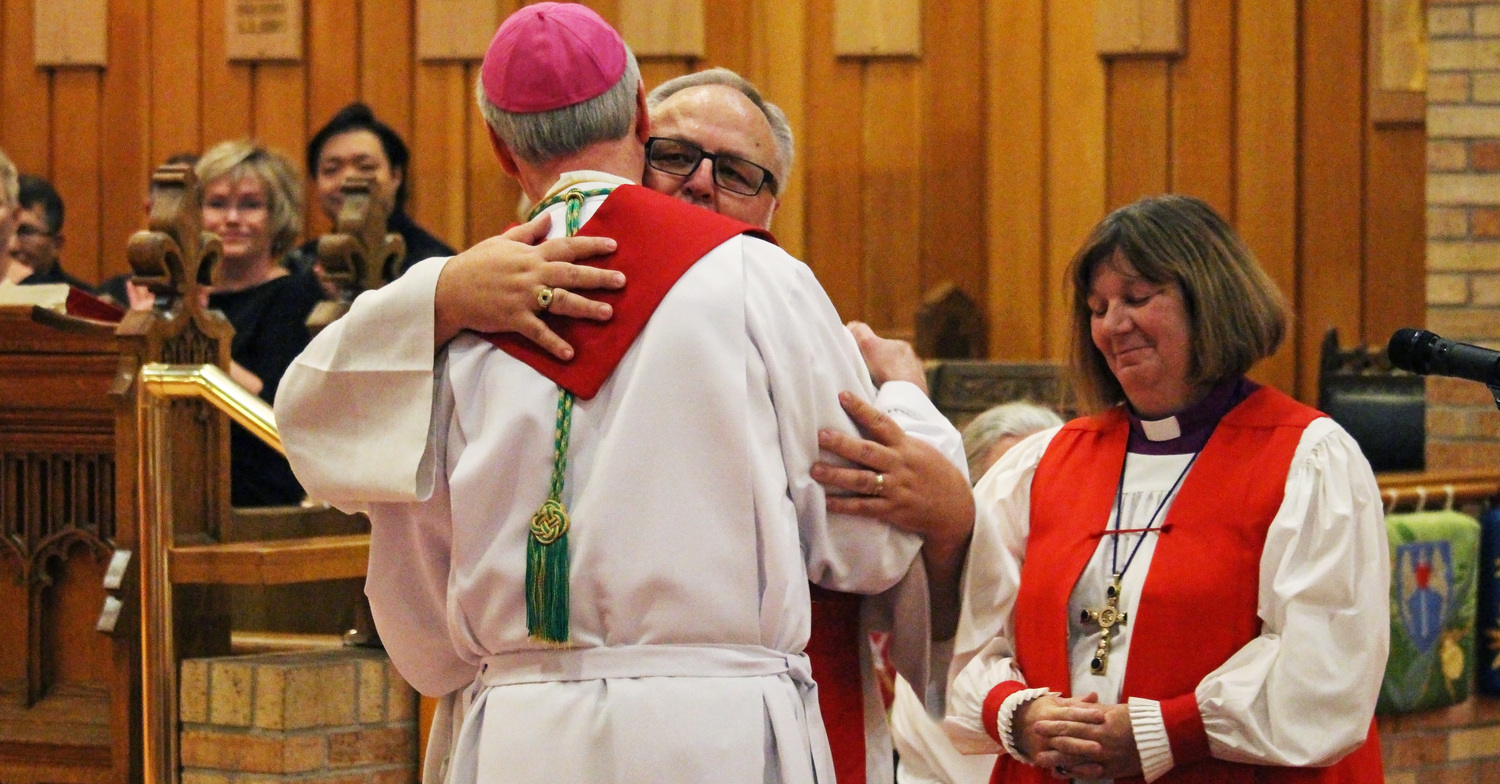 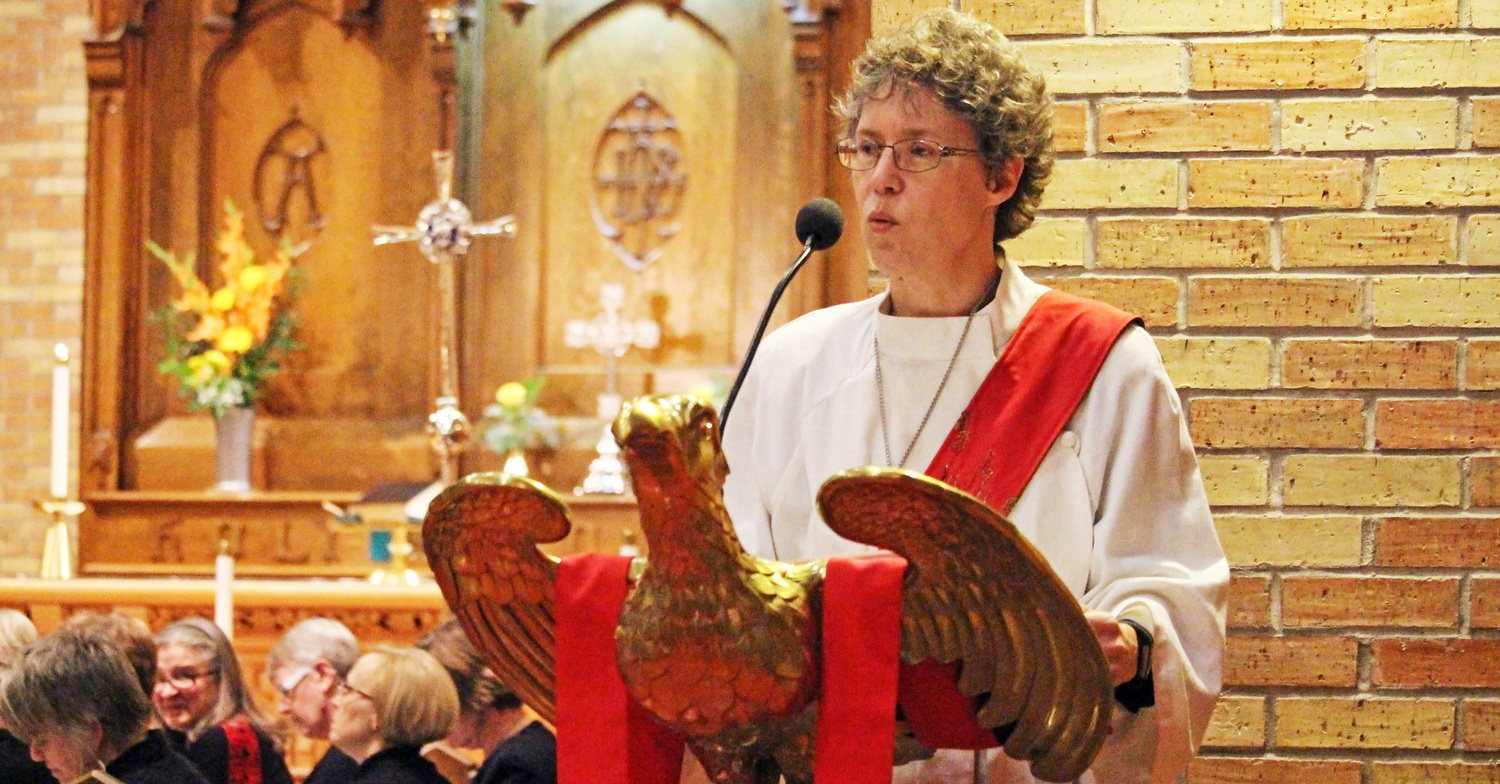 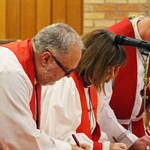 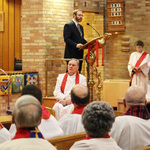 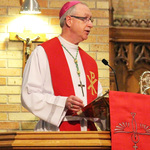 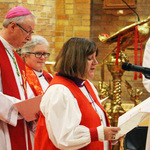 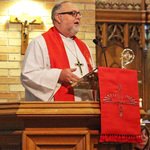 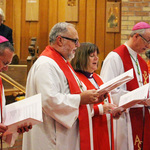 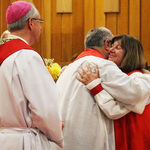 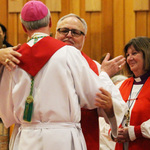 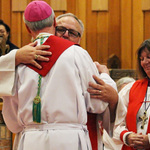 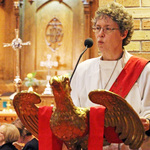 On the eve of the 500th anniversary of the Reformation, Lutheran, Anglican and Roman Catholic bishops launched an ecumenical initiative as a tangible expression of their renewed commitment to journey together in unity.

“For more than 50 years, Lutherans and Catholics have been on a journey from conflict to communion. With joy, we have come to recognize that what unites us is far greater than what divides us,” said Bishop Larry Kochendorfer, Evangelical Lutheran Church in Canada (ELCiC) Synod of Alberta and the Territories. “On this journey, mutual understanding and trust have grown.”

“In the spirit of the Second Vatican Council, Catholics and Lutherans embrace each other as sisters and brothers in the Lord,” said Julien Hammond, ecumenical and interreligious relations for the Catholic Archdiocese of Edmonton. “Lutherans and Catholics often focused on what separated them from each other rather than looking at what united them… We deeply regret the evil things that Catholics and Lutherans have mutually done to each other.”

“In the past our churches did not see one another as branches of the same vine,” said Bishop Larry Kochendorfer in a joint sermon with Archbishop Richard Smith. “Century after century and generation after generation, rather than viewing tonight’s gospel (John 15:1-5, read by Bishop Jane Alexander), as a word of encouragement to affirm our unity in Christ, we have focused not on the true vine, but on the branches themselves, those which, in our minds, did not bear fruit; those we considered removed from the vine; those different from ourselves. Branches we judged, separated from the true vine, Jesus Christ.”

“Thanks be to God that there were those who, in times when this joint commemoration was still unimaginable, already gathered together to pray for unity… They began to see one another no longer as separate branches, but as branches united to Jesus Christ. They began to see Christ in their midst and to acknowledge that even in those periods of history when dialogue was broken between us, Christ continued to be present. Present even when we had lost ourselves in the sin of misinformation, and stereotypes and prejudice and judgment and violence and hatred.”

“As we see Jesus among us we are also beginning to see each other with new eyes. A pulling together in the same direction as we join God in God’s mission. Strengthening what is held in common to be transformed by our encounter with the other; renewing our commitment to seeking visible unity and rediscovering the power of the gospel Jesus Christ for our time; witnessing together through the mercy of God the proclamation of service to the world.”

“This Tuesday, October 31, a joint commemoration service is to be held at Westminster Abbey where the Archbishop of Canterbury, on behalf of the Anglican Communion, will formally welcome and affirm the 1999 Roman Catholic-Lutheran Joint Declaration on the Doctrine of Justification. A pulling together in the same direction, hoping, praying that a response to God’s gracious call from baptism to respond to the thirst and hunger of a wounded and broken humanity we may, while jointly preparing the table for the marginalized and hungry, see the theologies converge among us that will enable us to accept the invitation of Christ to receive and share God’s gifts at one Eucharistic table.”

In the second part of the homily address, Archbishop Richard Smith said: “…As we commit this evening to continue to walk the path toward unity, the direction given to us by the Lord is clear and sobering: "Apart from me you can do nothing." As he himself teaches, his Word purifies, and we thus are called upon to ask the Lord to cleanse us by his Word of any self-reliance that stands as an obstacle to the full working of divine healing grace in and through us. Since we are nothing apart from Christ, what is required is a mutual abiding: "Abide in me as I abide in you." (John 15:4).

“Is this something we can embrace together? We understand well the necessity of mutual abiding in the life of the individual believer and in that of our respective ecclesial communities. How might we respond to this call of the Lord ecumenically? The key, it seems to me, is offered by St. Paul, when he counsels Christians to let the Word of God dwell richly within us, that is to say, to abide in us (Col 3:16). This moment in history contains within it a call to embrace a common commitment to enter the mystery of mutual abiding by allowing the Word of God itself to dwell more deeply within us, the Word in its power to heal, transform and unify.”

“It is precisely this renewal of mind, or what we more often speak of as conversion of life, that is required of each of us by the Word of God, an imperative that each of us who seeks to walk the path of ever deeper unity must embrace. Apart from Christ, our unaided efforts to achieve unity in the Church will prove fruitless. Real hope for true unity arises from our abiding in Him, allowing His Word to dwell within us, challenge us, heal us, and fashion us as authentic faithful disciples.”

Anglicans and Evangelical Lutherans in Canada have enjoyed a relationship of full communion since the Waterloo Declaration of 1999, and it seemed only natural that Edmonton's Anglican-Roman Catholic dialogue (ARC) should widen its circle to become the Lutheran-Anglican-Roman Catholic dialogue (LARC), said the Rev. Dr. Canon Scott Sharman, ecumenical and interfaith relations animator for the Anglican Church of Canada.

Journeying forward together, the churches will be guided by Five Imperatives (commitments), described in From Conflict to Communion, the report of the Lutheran-Roman Catholic Commission on Unity in Common Commemoration of the Reformation in 2017. The bishops will appoint lay and ordained members of each tradition to the LARC dialogue to “to explore pastoral and theological questions which both unite and divide our churches, to encourage mutual learning and appreciation for one another’s gifts, and to enhance opportunities for collaboration and partnership in giving witness to the Gospel and serving those most in need,” said Sharman.