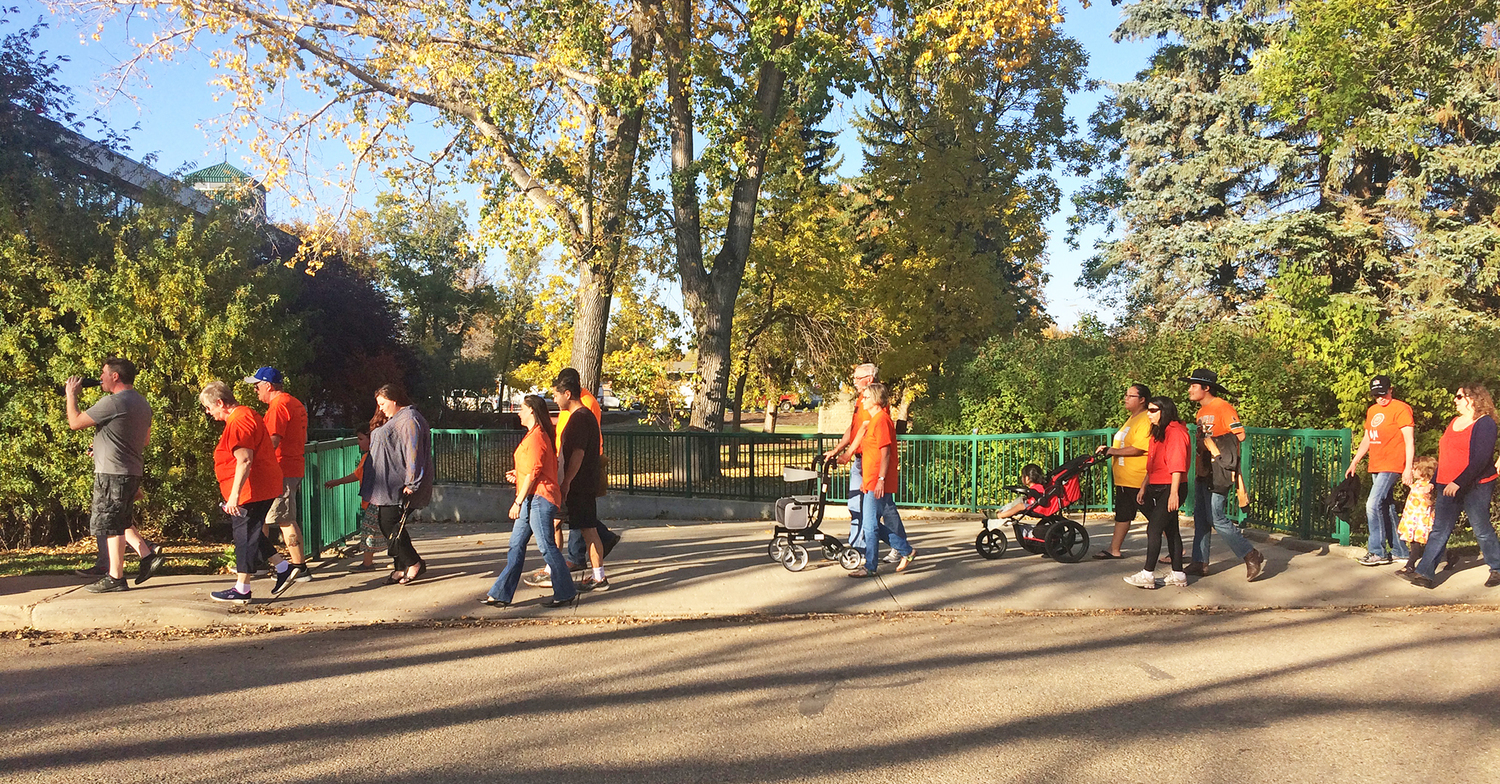 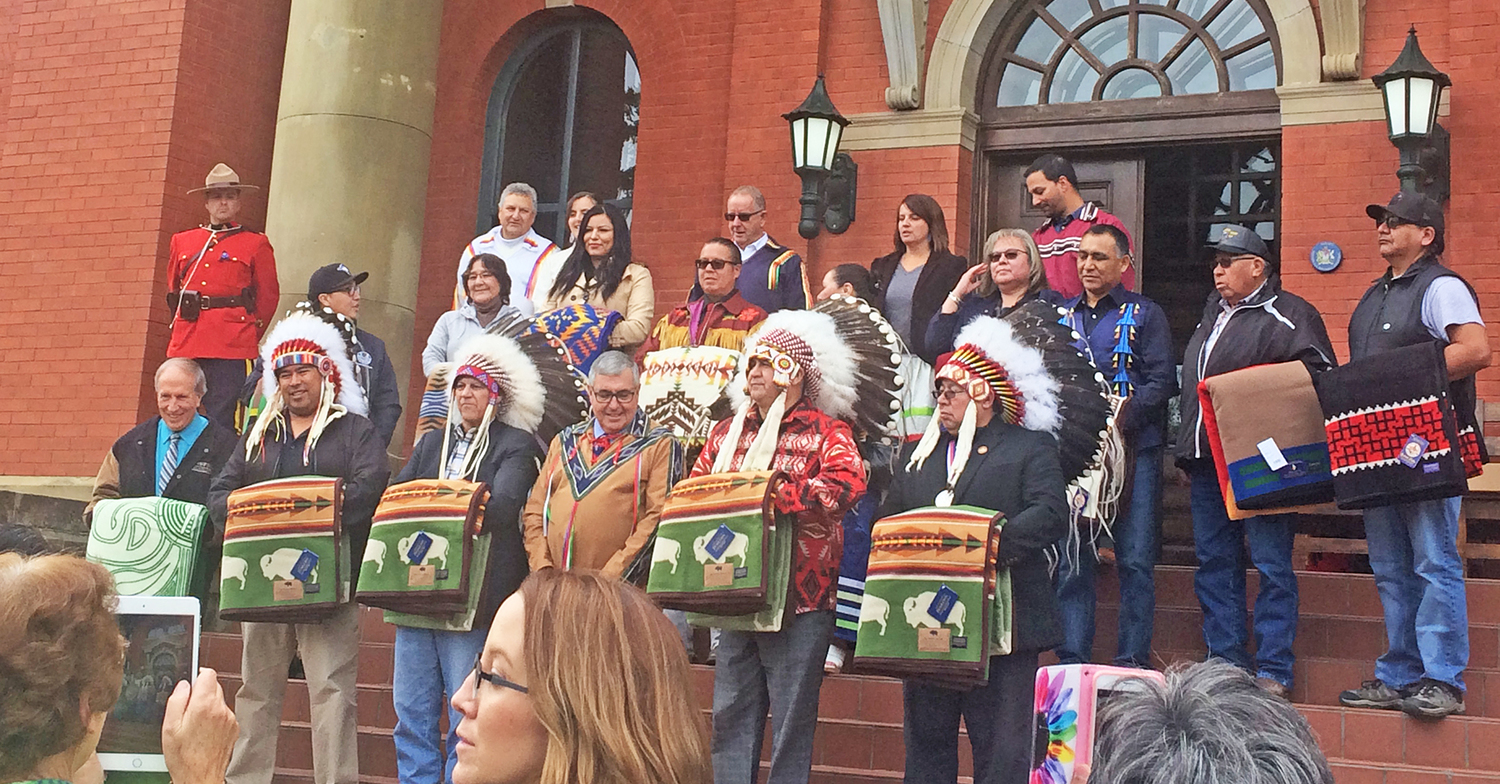 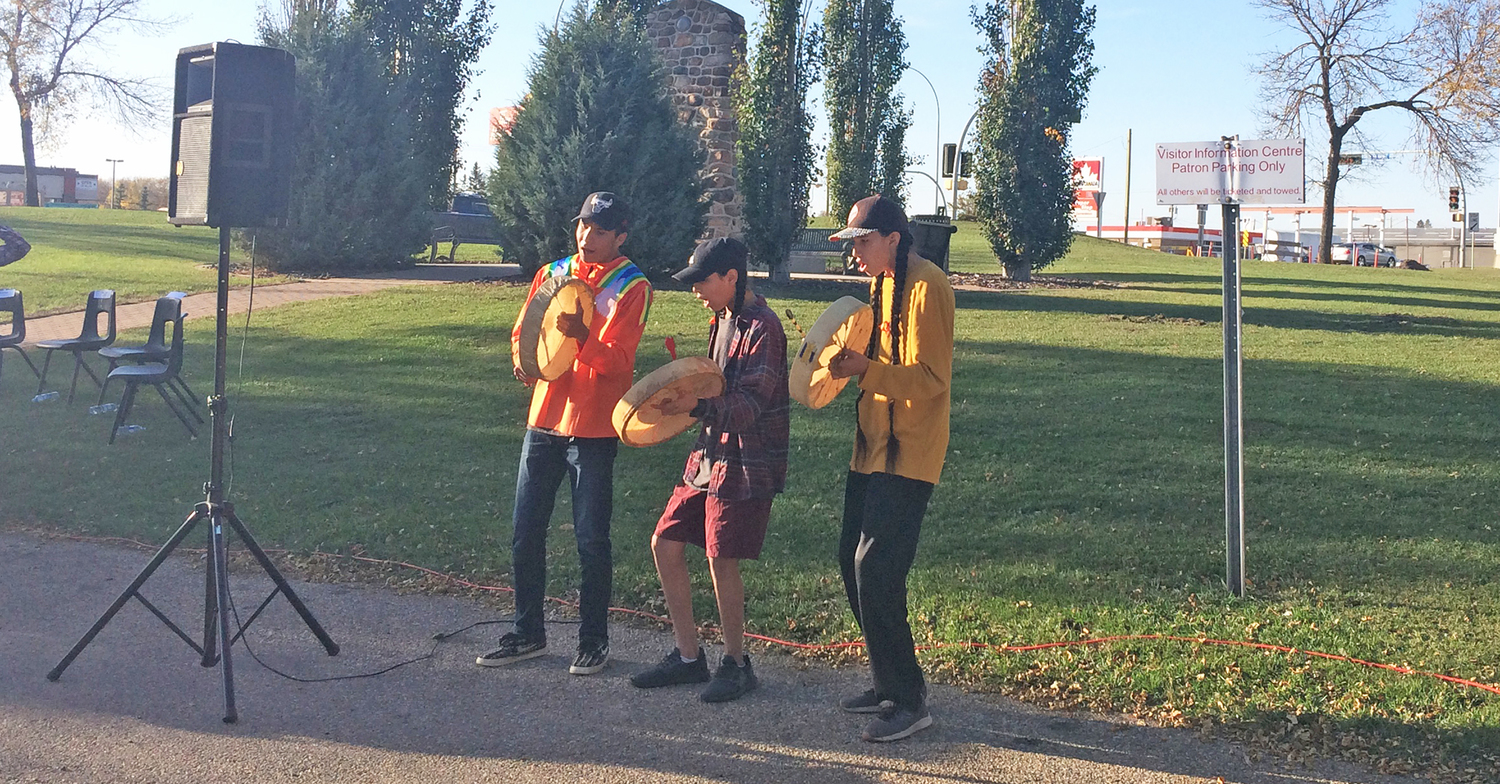 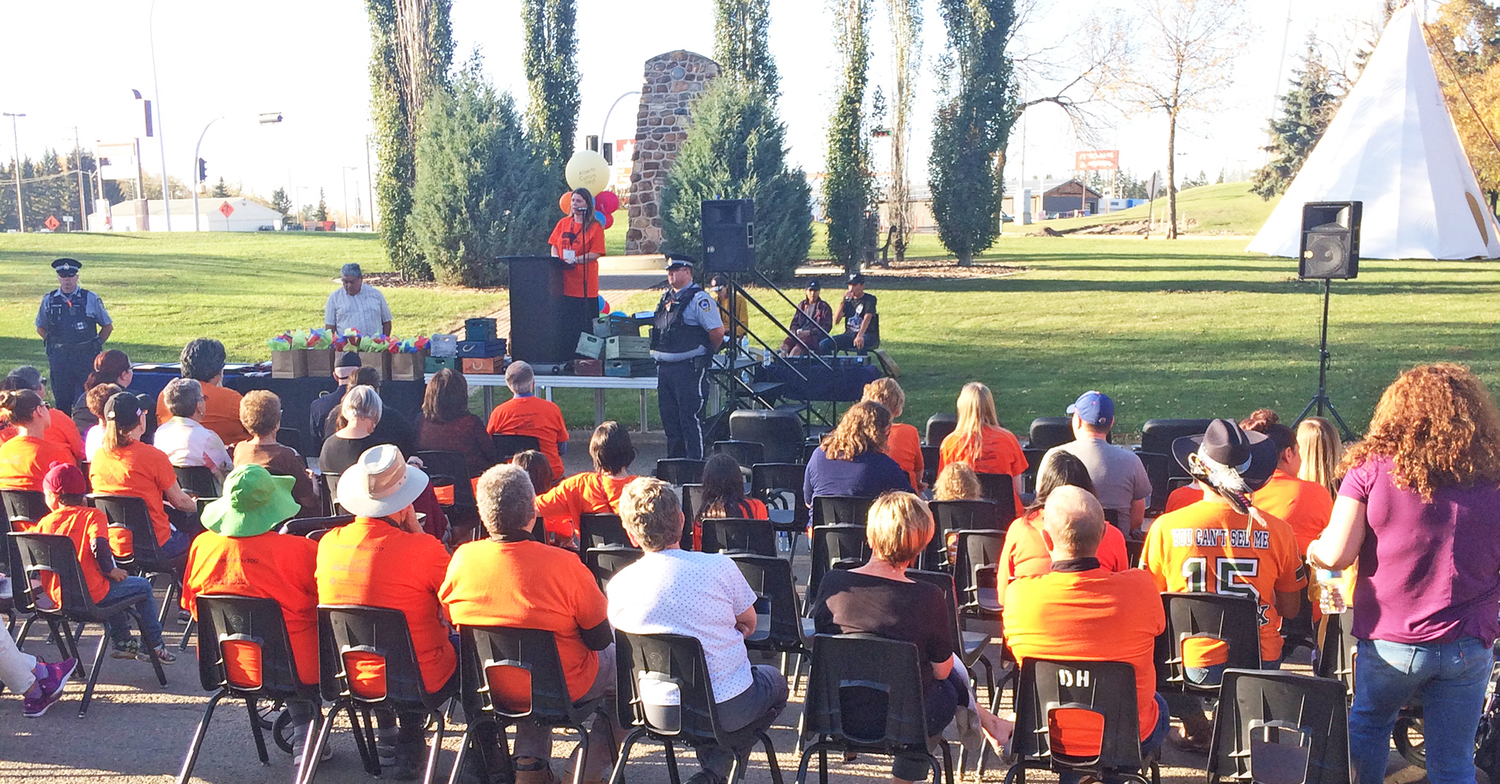 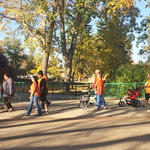 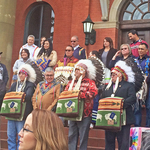 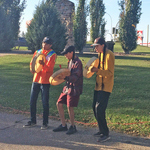 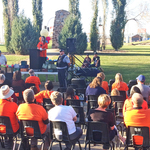 For the past several years people have begun to wear orange shirts on September 30th to remember the children who went to Indian Residential Schools and especially to honour those who did not return to their families.

Why an orange shirt? There was a little girl named Phyllis whose grandmother saved up her money and bought Phyllis an orange shirt. This was the shirt she wore to her first day of residential school and it was the shirt that was taken away from her and never returned. A residential school survivor group in Williams Lake, BC heard Phyllis tell this story and came up with the idea of Orange Shirt Day: Every Child Matters for the end of September; because every child matters, every one of them.

Last year the Reconciliation Team at Immanuel, Wetaskiwin sponsored its first-ever Orange Shirt Day walk through downtown Wetaskiwin. They had about 25 participants: men, women and children. The team was grateful that so many had shown up to remember and honour residential school survivors and those who did not return.

This year the Wetaskiwin and District Heritage Museum offered to partner with Immanuel’s Reconciliation Team to make the walk the kick-off event for their Alberta Culture Days events in honour of our First Communities. The team gladly accepted this offer in the hopes that this community partnership would lead to greater neighbourly reconciliation.

On the bright Friday afternoon of September 29th people wearing orange shirts began gathering outside the museum doors to walk to the Peace Cairn that marks the Treaty of Peace between the Blackfoot and Cree peoples of this land. What an amazing turnout!! Led by Bear Nation, a young drum group from Smallboy camp, more than 60 people walked through downtown Wetaskiwin.   Each person walked to honour the children who went to residential schools and to remember those who did not return home. They walked to show every child in Canada matters. All Canadian children deserve the best possible care and education.

At the Peace Cairn an elder led a prayer and smudge and both local and provincial politicians (who had walked with everyone from the museum) delivered greetings. The drum group provided more songs and there was a mini round dance to end the evening. All those who came were pleased with the turnout and inclusivity of the event. It was neighbourly reconciliation in action; because every child matters.