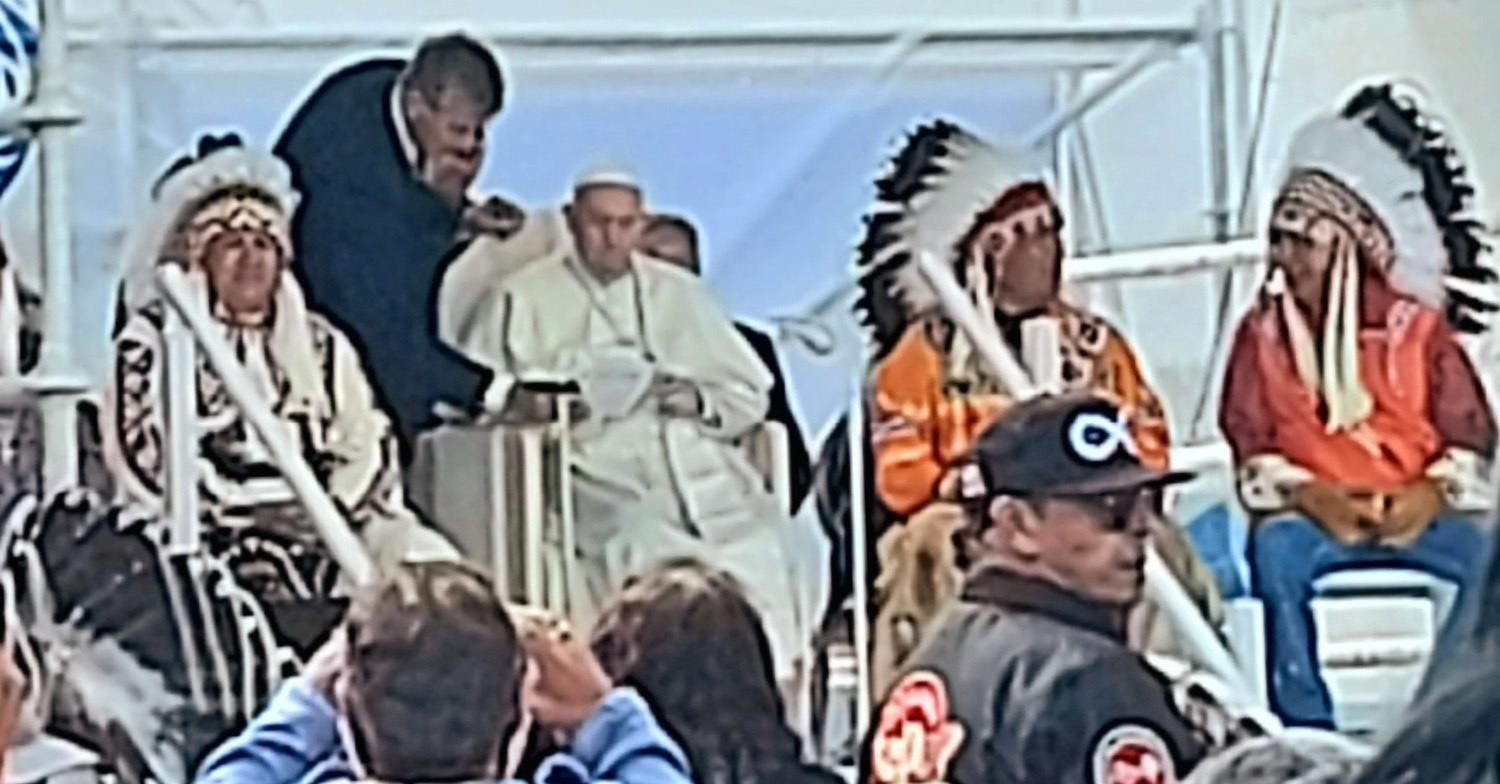 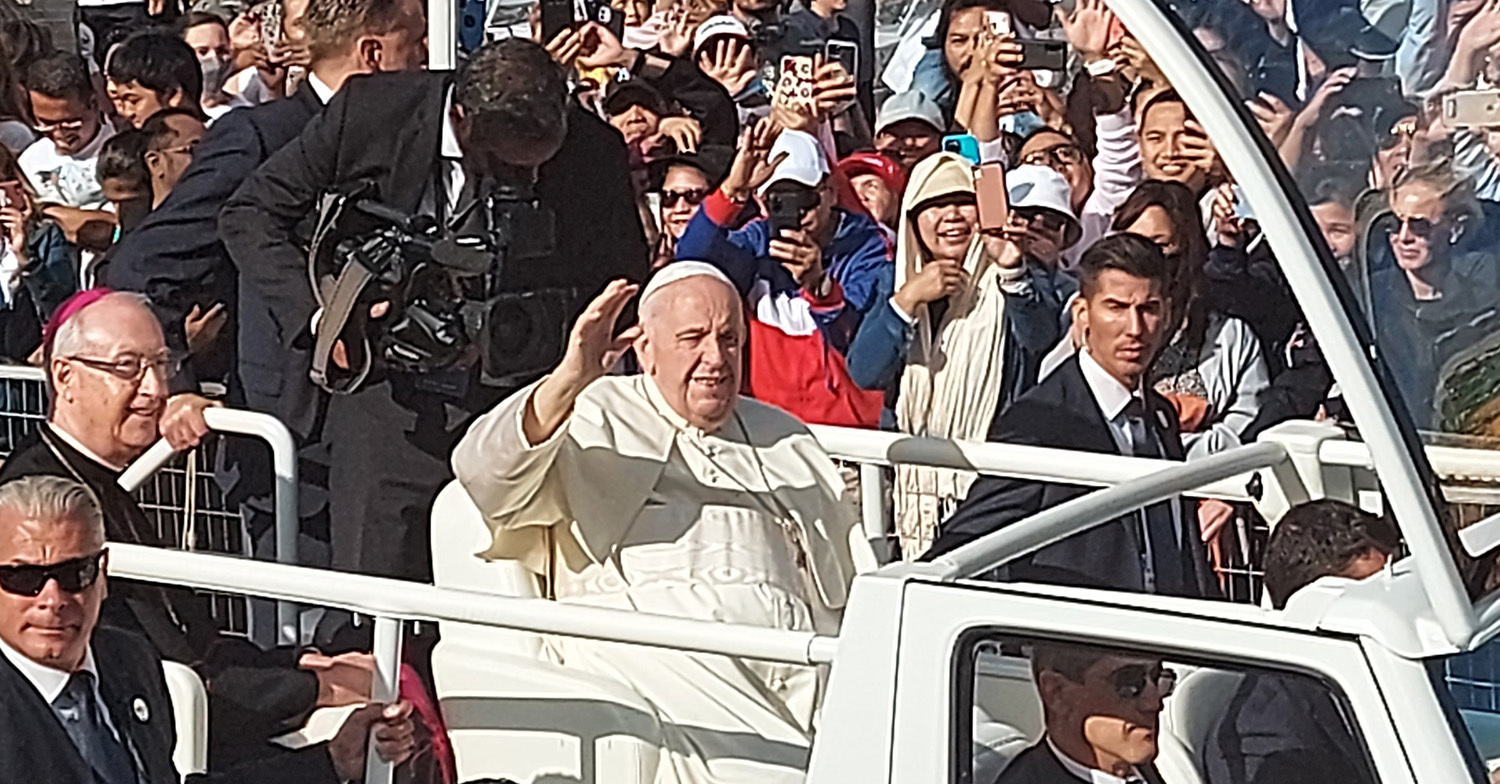 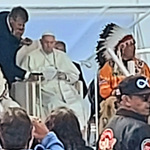 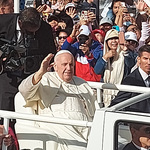 The much-anticipated papal visit to Canada began Sunday with Pope Francis' arrival at the Edmonton International Airport. The Pope, now 85 years old and using a wheelchair, took the rest of that first day to recover from his international flight, then launched into a packed itinerary.

On Monday, Pope Francis met with Residential School survivors in Maskwacis, where the Ermineskin Residential School had been located. There, he issued a long-awaited apology to those who suffered in Canada's Residential School system. (See CBC.ca for the full text of the apology.) Later that day, he met with parishioners and other Indigenous community members at Sacred Heart Church of the First Peoples, in Edmonton.

Tuesday morning, the Pope held an open-air mass for approximately 50,000 attendees at Commonwealth Stadium. The day marked the Feast of St. Anne, believed to be the grandmother of Jesus, and in his homily, Pope Francis encouraged his listeners to honour their elders and take consolation from their love. He then travelled to Lac St. Anne, about an hour northwest of Edmonton, where thousands of Indigenous pilgrims from across Canada awaited, joined in a prayer service with him and watched as his assistant wheeled him to the edge of the lake to bless the waters.

The Pope spends Wednesday, Thursday and Friday morning in Quebec, then makes a brief stop in Iqaluit to meet with more residential school survivors. He returns to Rome that evening.

A number of representatives from Edmonton diocese attended the events in Alberta as witnesses to this historic occasion, among them, the Ven. Travis Enright and Canon Scott Sharman.

Click here for Enright's views expressed in the days leading up to the papal visit. Visit Sharman's Facebook posts for his comments on his experience. Then watch future Synod Scenes and the September edition of The Messenger for a full story from the perspective of Edmonton diocese participants.