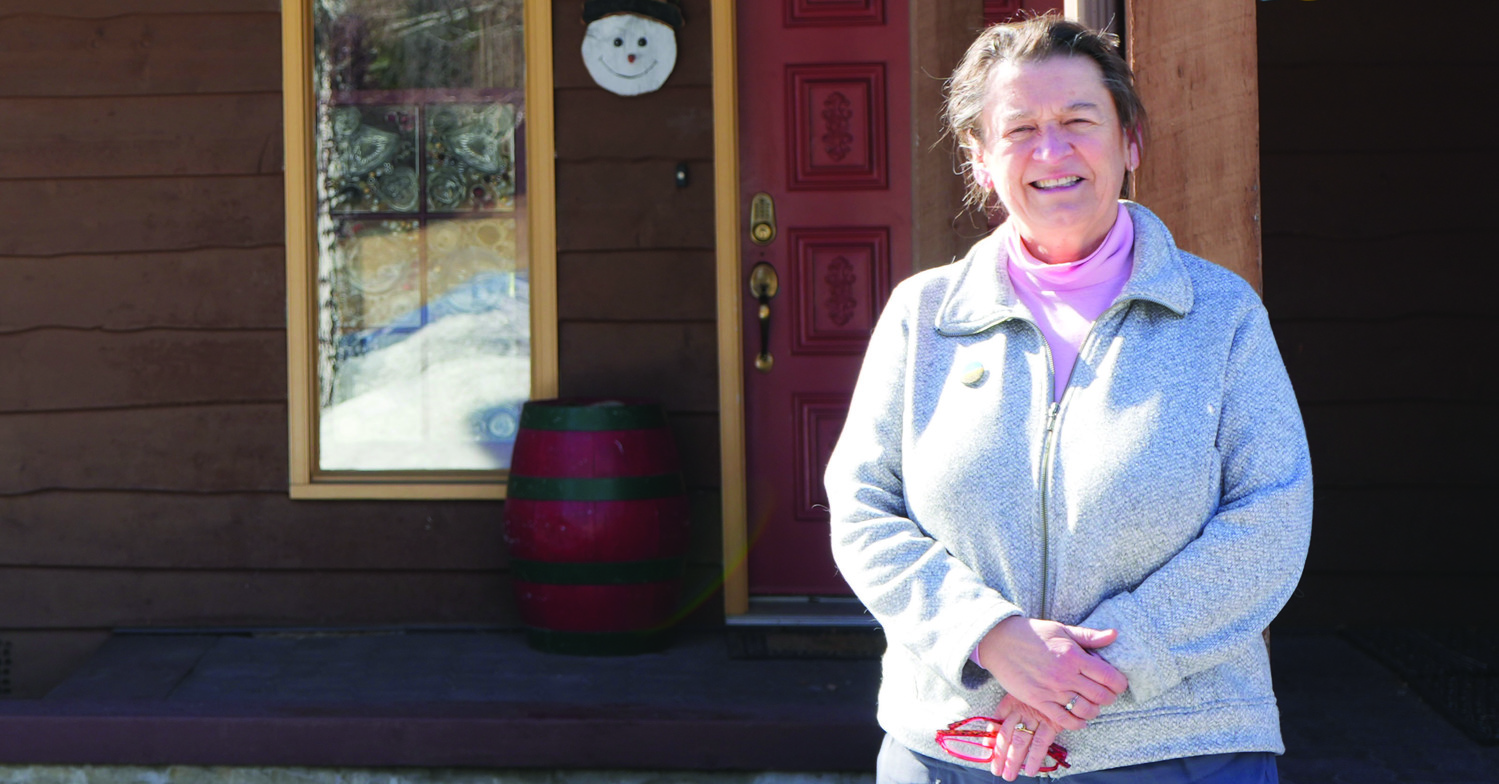 On a Sunday in March, Nancy Addison, people’s warden for St. Mary’s and St. George’s, Jasper, prayed that God would help her find a way to help Ukrainian people fleeing war.

Addison went home from church, googled “Canadians helping Ukrainians with housing and work” and found a website for Ukrainians seeking help. She and her husband had already raised their four children and decided they could accommodate at least two people. When a friend who runs a restaurant said he could provide work, Addison posted her offer of help to the site:

“I live in Jasper National Park in the province of Alberta,” she wrote. “You don't need a car in this town. Everything is within walking distance. Stay, work, rest and save your money. Please google Jasper National Park. It is a tourist destination. We have elk, bear, moose, squirrels, trails to hike, and lakes to swim in. This might be the place you need to ease your worries while you await safer days back home. All Canadians want to help Ukraine. We wish you peace.”

Almost immediately, her Facebook inbox was flooded with messages and friend requests from Ukrainian families displaced by Russia’s invasion of Ukraine. “Most of the people are women who have had to leave their husbands, sons and brothers behind to fight in Ukraine,” she says.

A retired schoolteacher, Addison now devotes a full day (up to 12 hours) to connecting Ukrainians with members of the Jasper community who can provide lodging for one year and/or employment.

In the past, she had witnessed the community where she has lived for 35 years, coming together to support nine Syrian refugees sponsored by her parish. A 10th person is still awaiting approval from Canadian immigration.

On March 25, Addison posted to her Facebook page that there are so far 32 Ukrainians confirmed to be coming to Jasper. As of March 27, that number had climbed to more than 40.

“All have been given free housing by generous families willing to make space... and businesses willing to give. Some of the Ukrainians will come with their children. Almost all are women. Some have dogs... and there is 1 special cat too!”

Using her gift for networking to reach out to local families and employers, she discovered “everybody’s heart is in a good place. It’s a good town. I’ve found the most generous people in Jasper.”

The Addisons have offered to share their home with five people from Ukraine and one dog. They already have three dogs of their own.

Located in a national park, Jasper is a tourist centre in the Canadian Rockies with an ongoing labour and housing shortage. Local employers are happy to provide work for Ukrainians and several hotels have offered accommodations as well as full-time positions.

Former Alberta Premier Ed Stelmach heard about Addison’s efforts and reached out. Last week he and former deputy premier Thomas Lukaszuk spearheaded an effort in Edmonton to fill a plane to Warsaw, Poland with medical equipment and humanitarian supplies. “They said they could offer anyone in Warsaw a free flight on March 28,” Addison says. “There are huge line-ups at visa offices in Europe,” she adds. “SunDog Tours has offered to bus people arriving in Edmonton to Jasper.”

On Facebook Messenger, Addison has been talking with an older couple trapped in Dnepropetrovsk, a city in eastern Ukraine currently surrounded by Russian forces. “They were being shelled and sirens were going off all around. They say their only hope is to escape via a humanitarian corridor. It’s appalling,” she says.

At the time of our interview, Addison said she was still awaiting the arrival of the first displaced Ukrainians. (Update: she posted that the first two Ukrainians arrived in Jasper on April 4. "They are wonderful!")

“We have such a strong Ukrainian heritage in Canada. Many people can trace their lineage back to Ukraine and we can all do something, no matter how big or small.”

Addison, who was featured in a recent Jasper Fitzhugh article, says her community’s response has been greater than anything “I could ask or imagine! Help is being offered in spades. So that prayer was answered.”

“Nancy sees the needs of others and makes them her own,” says the Rev. Andreas Sigrist, rector of St. Mary’s and St. George’s. “Her evident capacity for hospitality reveals her as a person of prayer. Nancy’s example leaves me with an increased sense of hope. My prayer is that her example can be an inspiration, creating openness for the Spirit's invitations and possibilities, whatever that may look like.”

To find out how you can help support Ukrainians arriving in your community, please contact a Ukrainian community centre in your area or reach out to Nancy Addison on Facebook. Photo: Jason Stockfish, Jasper Fitzhugh