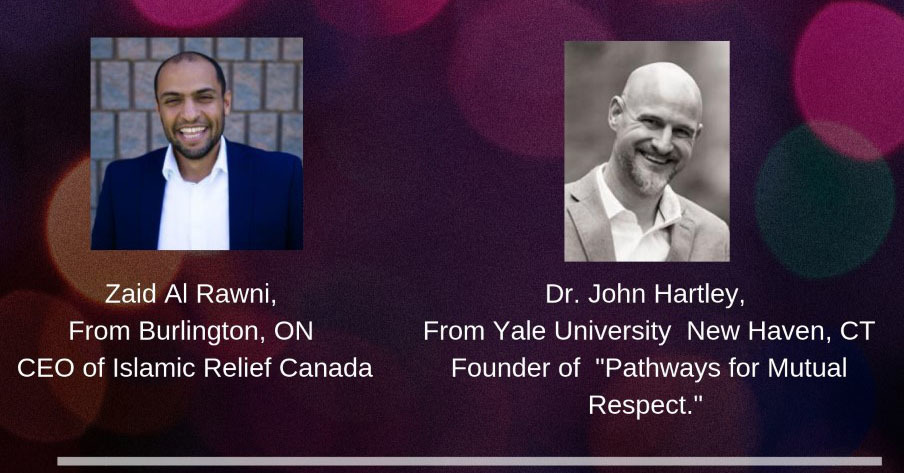 'A Common Word' Alberta invites you to the annual Christian-Muslim Interfaith dialogue: Walking Together - Experiencing Peace in our Midst." The Cost is $10.

Zaid Al Rawni, from Burlington, ON, CEO of Islamic Relief Canada since 2002

A Common Word Alberta endeavour is an extension of a global movement that began in 2007, when a letter inviting dialogue was composed by Muslim leaders and addressed to Christian leaders of the world. The letter, entitled “A Common Word,” affirmed the call in both the Bible and the Qur’an to love God and neighbour and got a positive response and continuing dialogue from Christian leaders.

“A Common Word Alberta” provides opportunities for Christian-Muslim dialogue, emphasizing local engagement and building awareness of each other.