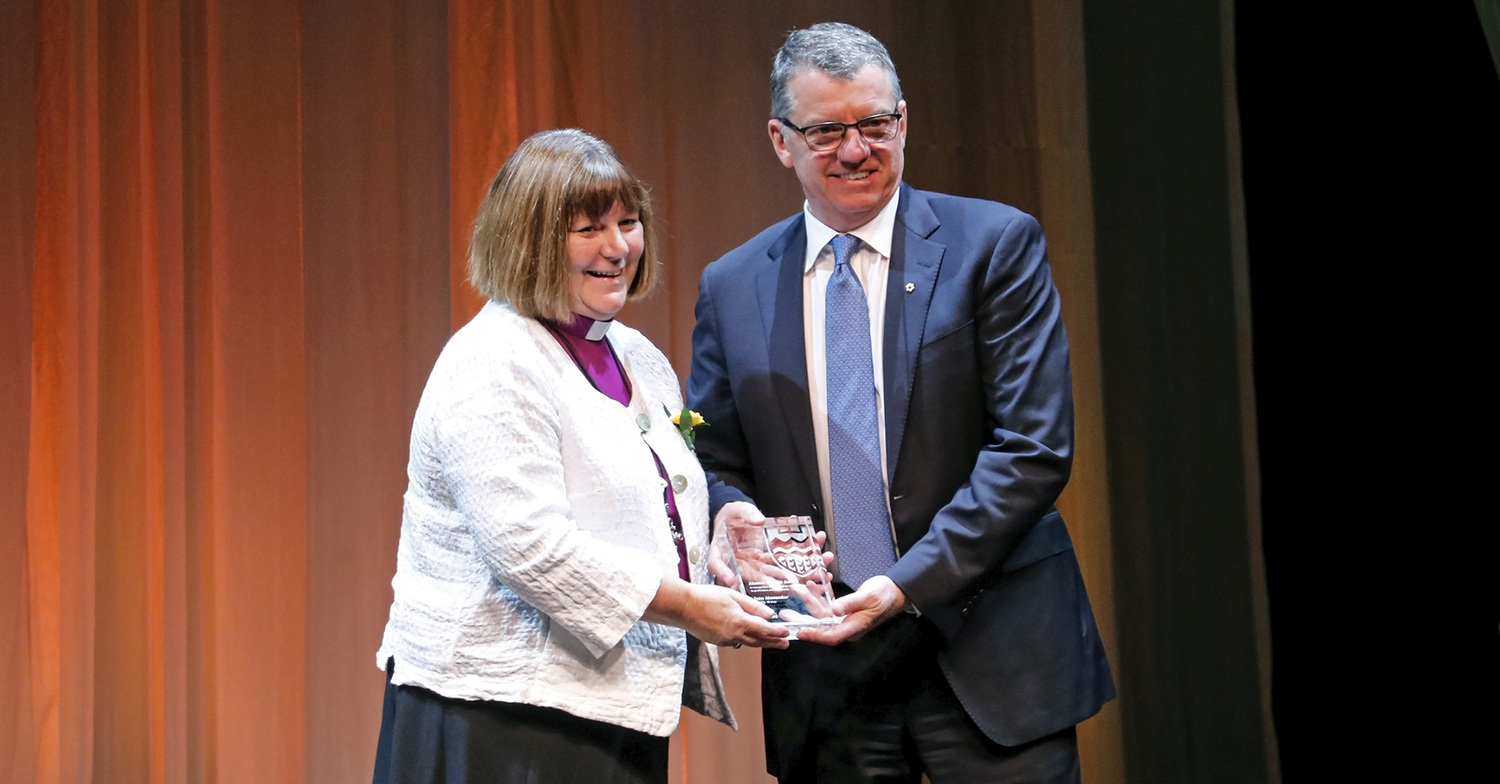 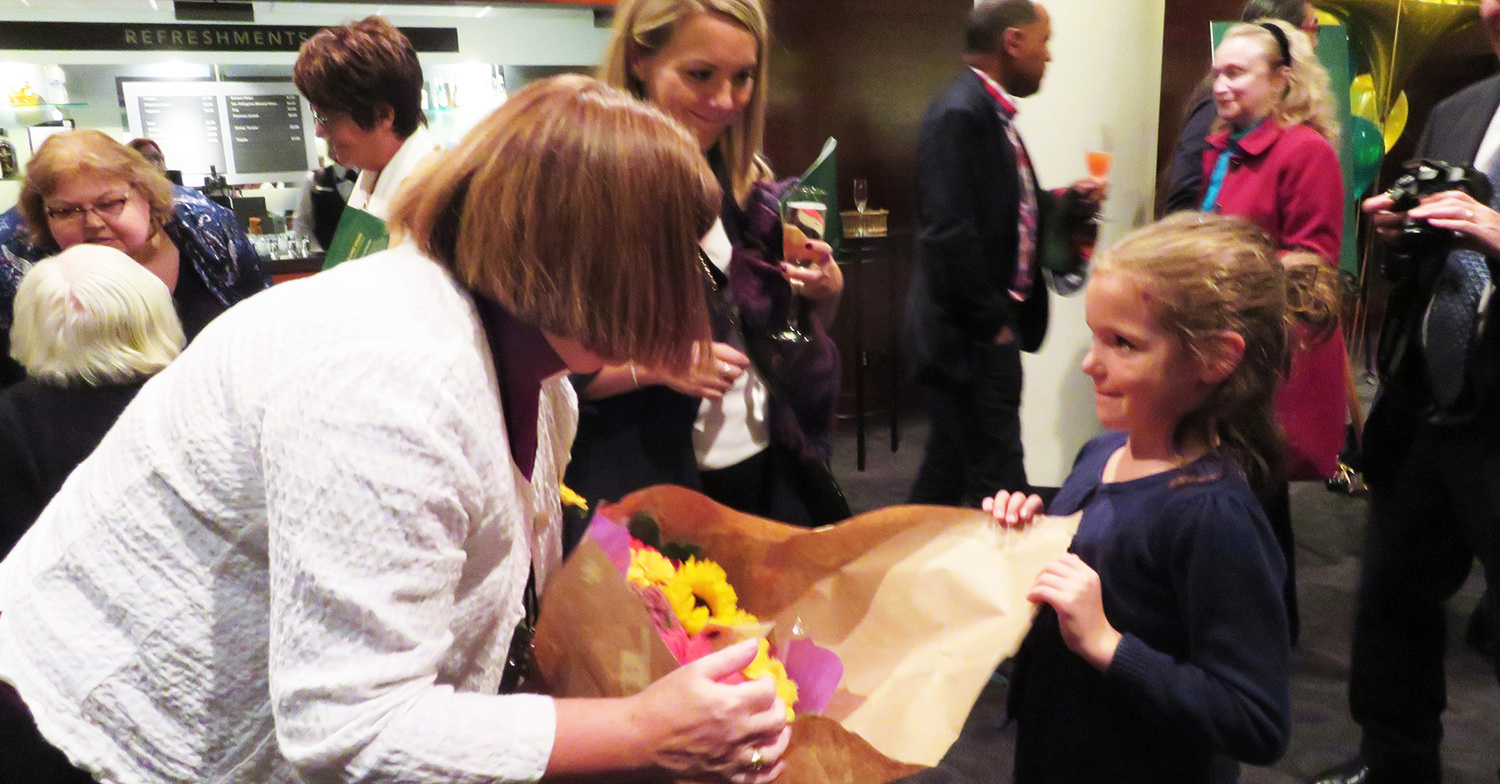 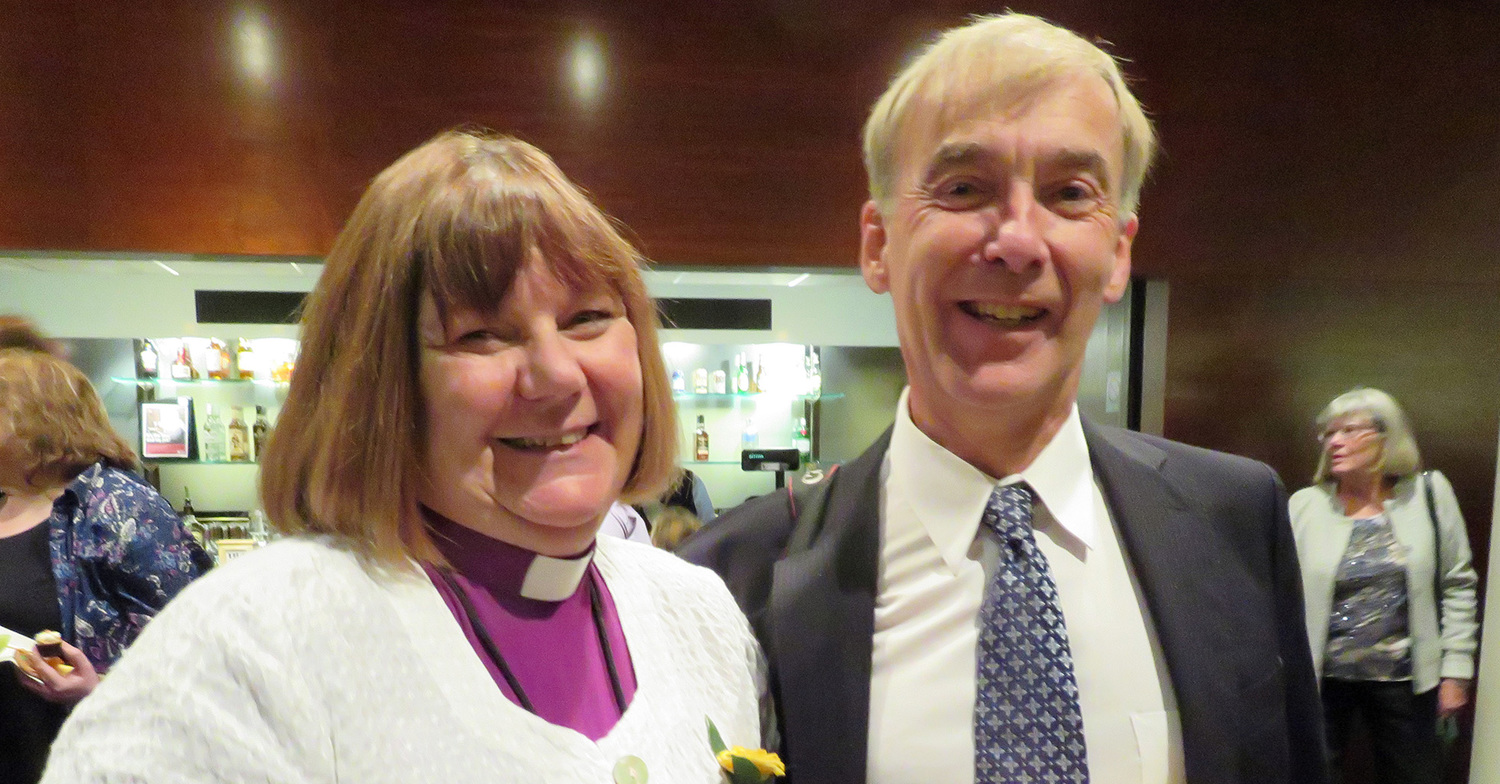 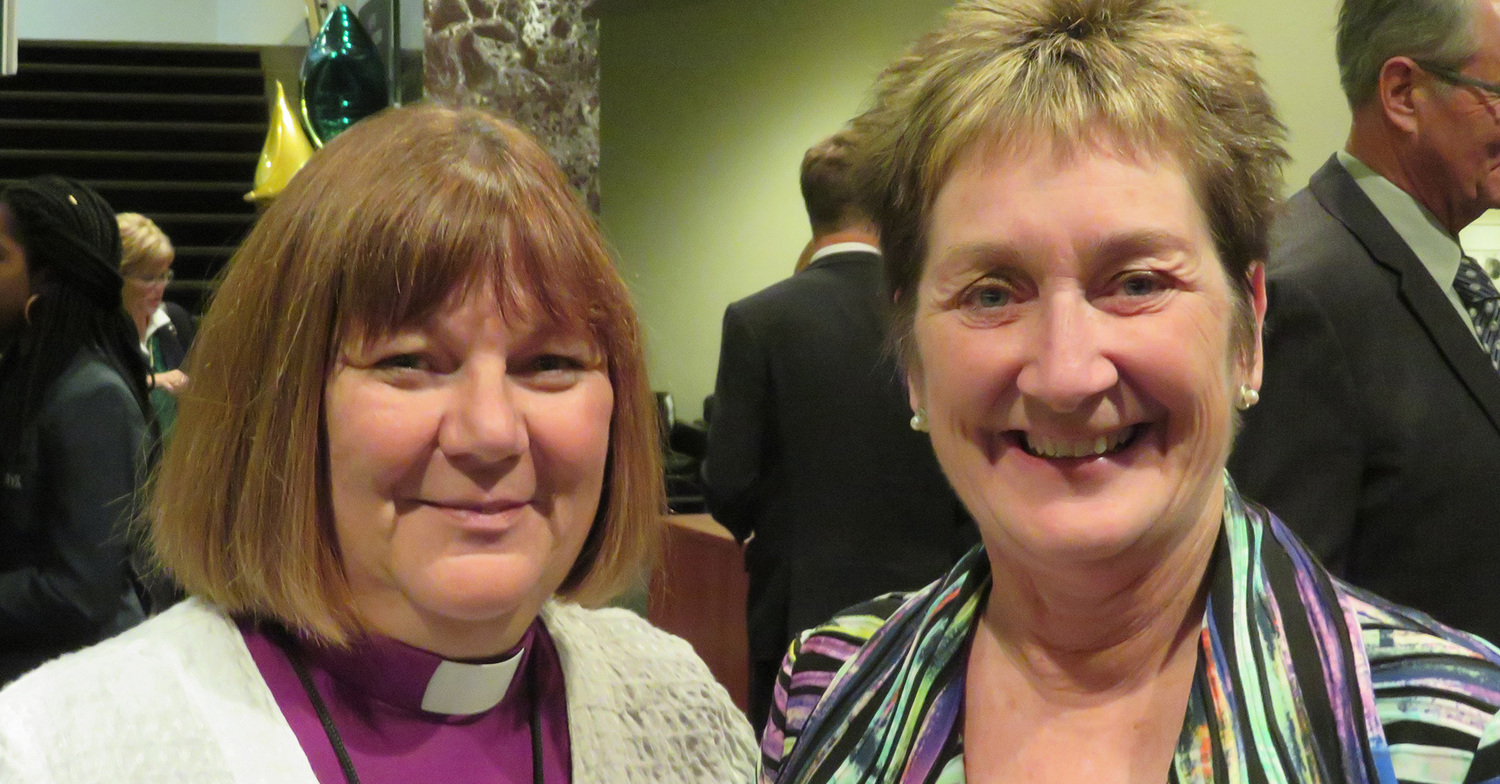 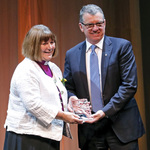 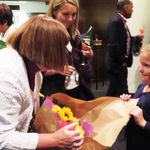 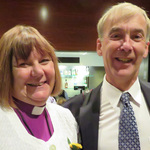 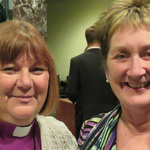 On the evening of September 25th Edmonton Bishop Jane Alexander, one of 21 “every day heroes who refuse to look away from the challenges around them,” was honoured by the University of Alberta during the 2017 Alumni Awards, held at the Northern Alberta Jubilee Auditorium.

“The diverse group of change-makers we honour tonight have made tremendous contributions to their communities their professions and their families,” said David Turpin, 13th president and vice-chancellor of the U of A. “Despite their differences in background and vocation they share the compassion and drive to make things better, to help those who need it, to improve upon the world around them. A century after founder Henry Marshall Tory demanded that the university uplift the whole people, today’s award recipients put ideas into action and use their education for the public good.”

Turpin presented Bishop Jane (’93 MEd, 97 PhD) with an Alumni Honour Award for her leadership as the 10th Bishop of Edmonton in the Anglican Church of Canada, her partnership with leaders in the Diocese of Buyé in Burundi, Africa; and as co-chair of the Mayor’s Task Force for the Elimination of Poverty (now EndPovertyEdmonton), working with community leaders to end poverty in the city within a generation. She was recognized for her diocese’s work to further reconciliation and healing through the Truth and Reconciliation Commission: Calls to Action; reflecting deeply upon the missing and murdered indigenous women. She is an advocate for the rights of the LGBTQ+ community and encouraged the Edmonton diocese to support the blessing of same sex unions. Together, in partnership with Buyé Bishop Sixbert Macumi, Bishop Jane has sought ways for the Edmonton diocese to provide education and medical support to communities in Burundi, Africa, such as assisting with the construction of an HIV clinic and maternity ward expansion for Buyé hospital.

Prior to her ordination in 1998, Alexander was a music special education teacher in northern England. Upon moving with her husband Tim and their young family to Canada, she enrolled in the Department of Educational Psychology at the U of A, leading to a PhD thesis on cognitive decline and Alzheimer’s disease in persons with Down syndrome.

About Our Diocese
Bishop