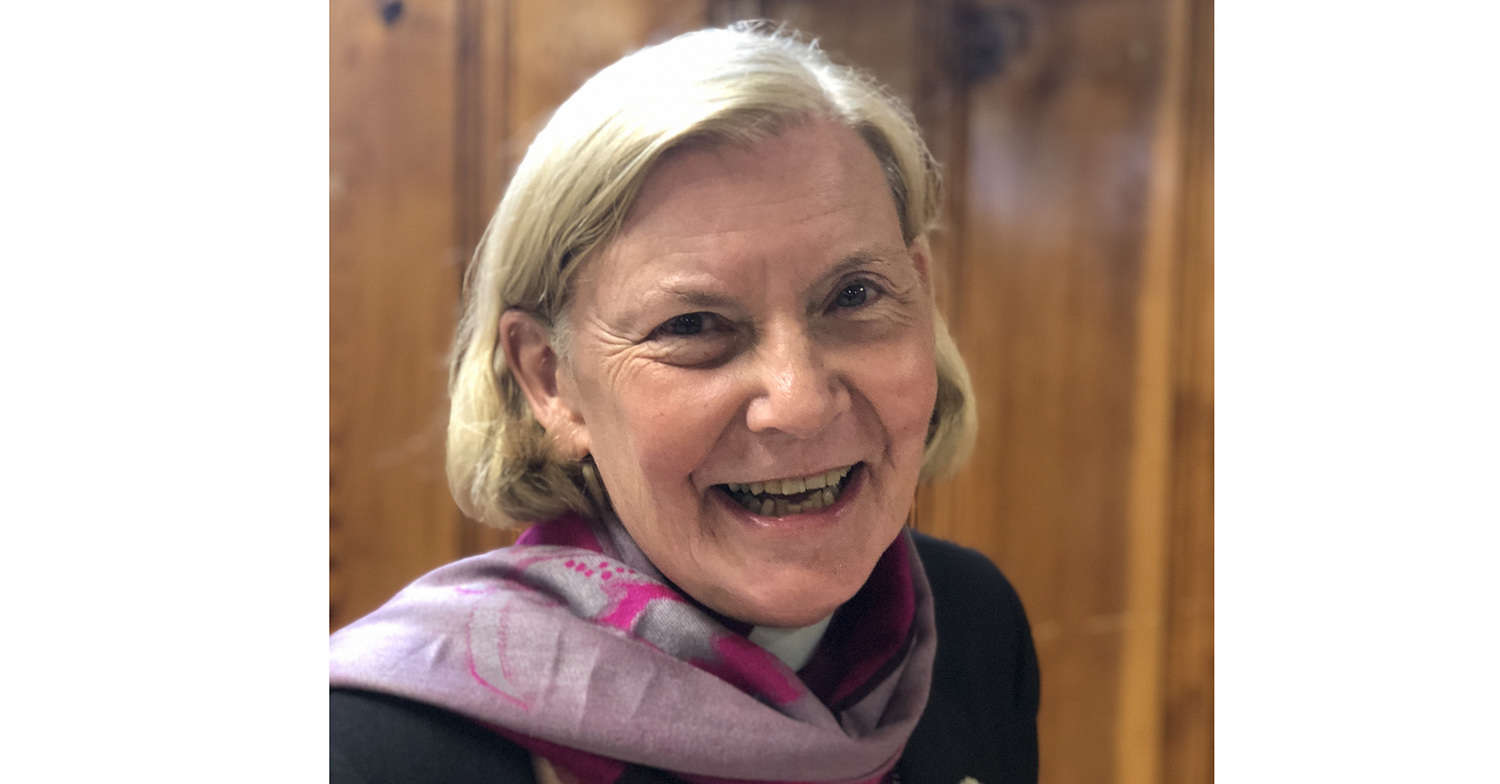 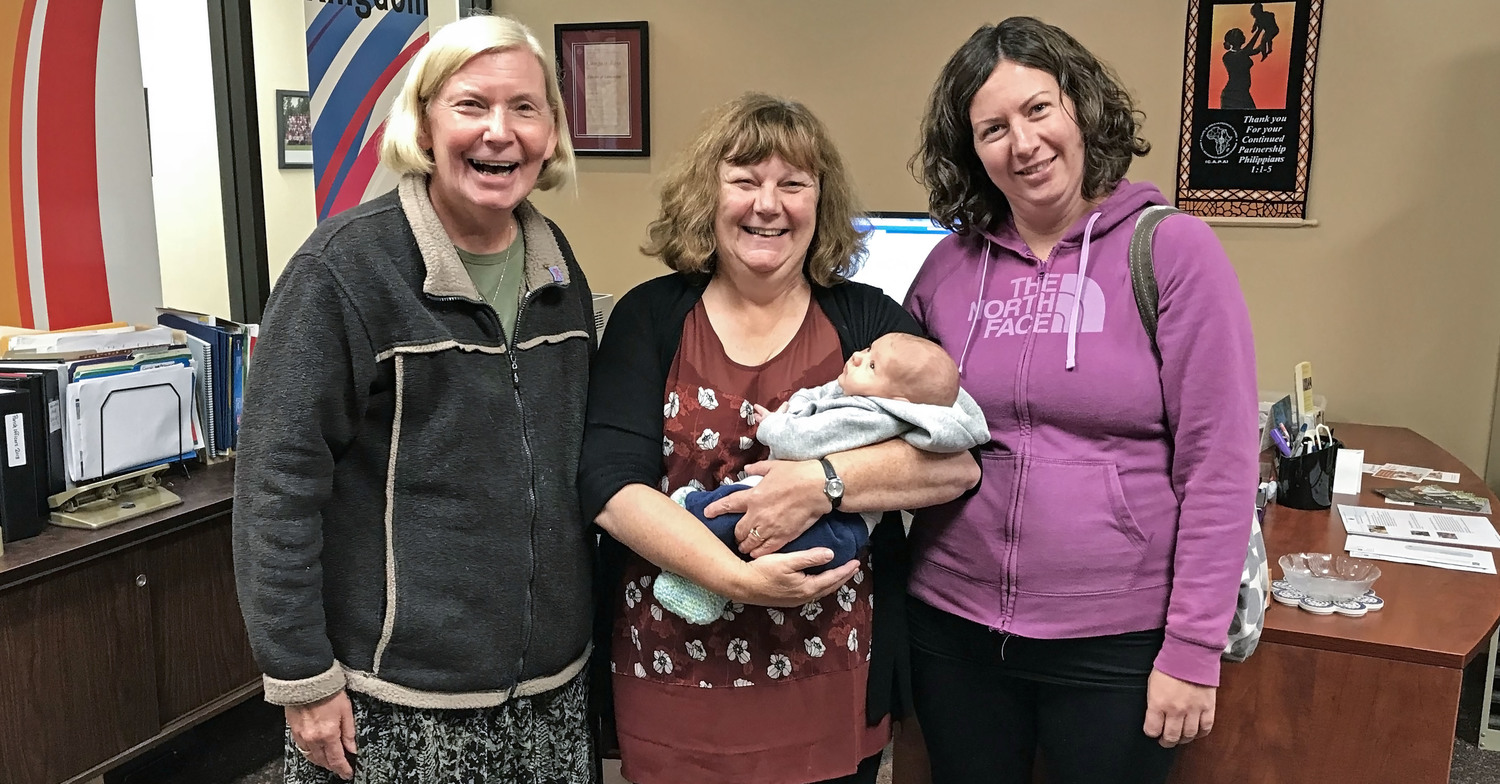 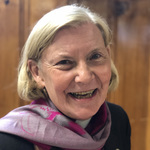 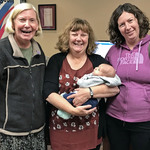 The Edmonton diocese welcomed back a familiar presence this week. As her plane touched down on Alberta soil, the Rt. Rev. Victoria Matthews noticed “huge” changes in Edmonton’s footprint.

“Looking out the window I thought we were a bit further out than we actually were. Then I realized how much the city has grown,” says Matthews, here at Bishop Jane’s invitation to lead Clergy Day, her first official visit to Alberta since attending her successor’s consecration in 2008.

“What I learnt very early on, when I came here 20 years ago, was there is something of a frontier spirit,” said Matthews. “I put that down, oddly enough, to the weather. Because, when it gets seriously cold, you need each other. If your car breaks down, you know that the next person will stop and help. One of the things I remember very, very clearly about Alberta is that sense of community.”

Matthews has returned to Canada since retiring in May as Bishop of Christchurch. She is staying with a friend in Toronto while she awaits the sale of her house and property in New Zealand.

“After two years of getting used to NZ and eight years of earthquakes, I was pretty tired. I’m only beginning to realize just how exhausted I was,” she says. “It really was quite an extraordinary experience. You look back and think ‘did I really live through all that?’”

Preaching hope during difficult times was Matthews’ topic for Clergy Day, and it was a topic she lived during much of her tenure as Bishop of Christchurch. A series of 12,000 earthquakes including a killer quake measuring 6.3 on the Richter magnitude scale, struck the Canterbury region in NZ’s south island in 2011.

“Literally, when in the middle of the night the first quake hit, I wondered why the dog was jumping around on the bed,” says Matthews. “Then I realized the bed was jumping around because the house was jumping around. I remember saying out loud to the dog ‘I think this is an earthquake. We have to see if we can get out of this house alive.’ It lasted about 90 seconds, but it seemed to go on forever.”

By Matthews estimate, nearly 80 per cent of the 170 churches in her diocese were damaged by the quake and 20 were completely destroyed. The historic Christchurch Cathedral is currently undergoing a massive $100-million restoration, while a cardboard cathedral has been built for the transitional period.

The diocese coordinated a “triage” response to the disaster amidst huge logistical challenges including no electricity and no internet.

“In the early days, people were literally lifting rubble to see if anyone was underneath. Communication was also at the top of our list and we took a real risk going back into our office building to try to get a list of names and telephone numbers. You can’t easily enter a building, because there could be an aftershock while you’re in there.

The message we really needed to get across to clergy was ‘look after your immediate family first and any vulnerable people (elders and such), then start looking after your parish community. Not just your parishioners but the population of your parish.’ Elderly people living alone were a great concern. People went door-to-door asking, ‘Are you alright? Is anyone hurt? Do we need to get an ambulance? Do you have water and food for the next couple of days?’ This group of Anglicans eventually grew into an ecumenical group called The Canterbury Community Response (CCR), who would visit an astounding 81,000 homes.

“They would say, ‘this is not an official question and we have no expectation, but would you like us to pray with you?’ A surprising number said, ‘that would be wonderful.’”

Matthews stresses the need for every diocese to anticipate and plan for disaster. “Admittedly, I was frustrated when I went to the House of Bishops and said ‘you have to get busy and have some disaster planning,’ and they all just smiled. It’s the old thing about ‘it won’t happen to us.’”

Prior to 2011, Christchurch was not considered a high risk area. “There has always been an expectation for Wellington, the capital city, to experience a huge earthquake, and then we were the ones that were hit,” says Matthews. “There’s a fault line under Christchurch no one knew existed.”

Everyone who experienced the devastation wreaked by the earthquakes learned that “we’re not in control,” says Matthews. “The fascinating thing was it only took months after each major incident for us to go back to thinking we were in control again. And then there’d be another one… Society would be a lot healthier if, instead of living our lives in isolation, we had a sense of looking after each other and the community as a whole; a sense of really being in touch with one another.”

“The parishes coped really, really well. People had to be very creative about where they worshipped because a lot of the churches were either compromised or gone. People moved into school halls. One Christmas, on the 23rd of December, there were three earthquakes registering above six magnitude. When an earthquake registers above five, public buildings such as churches must be inspected by an engineer. The good news is Christmas is in the summer and no one minded being outside,” she says.

As for her personal well-being, “Maybe I shouldn’t think I’m invincible; that this hasn’t had a toll on me and maybe I need a rest,” says Matthews. “I think, after 10 years, eight in earthquake conditions, it’s not a bad time to say, ‘and now for something different.’”

“The word we started using after the earthquakes is resilience,” says Matthews. “Resilience means you don’t deny the difficulties or the hard times, but you step up to it. You understand what you can and can’t do. And you understand you’re not in it alone."

Watch the November issue of The Messenger for Full Story.