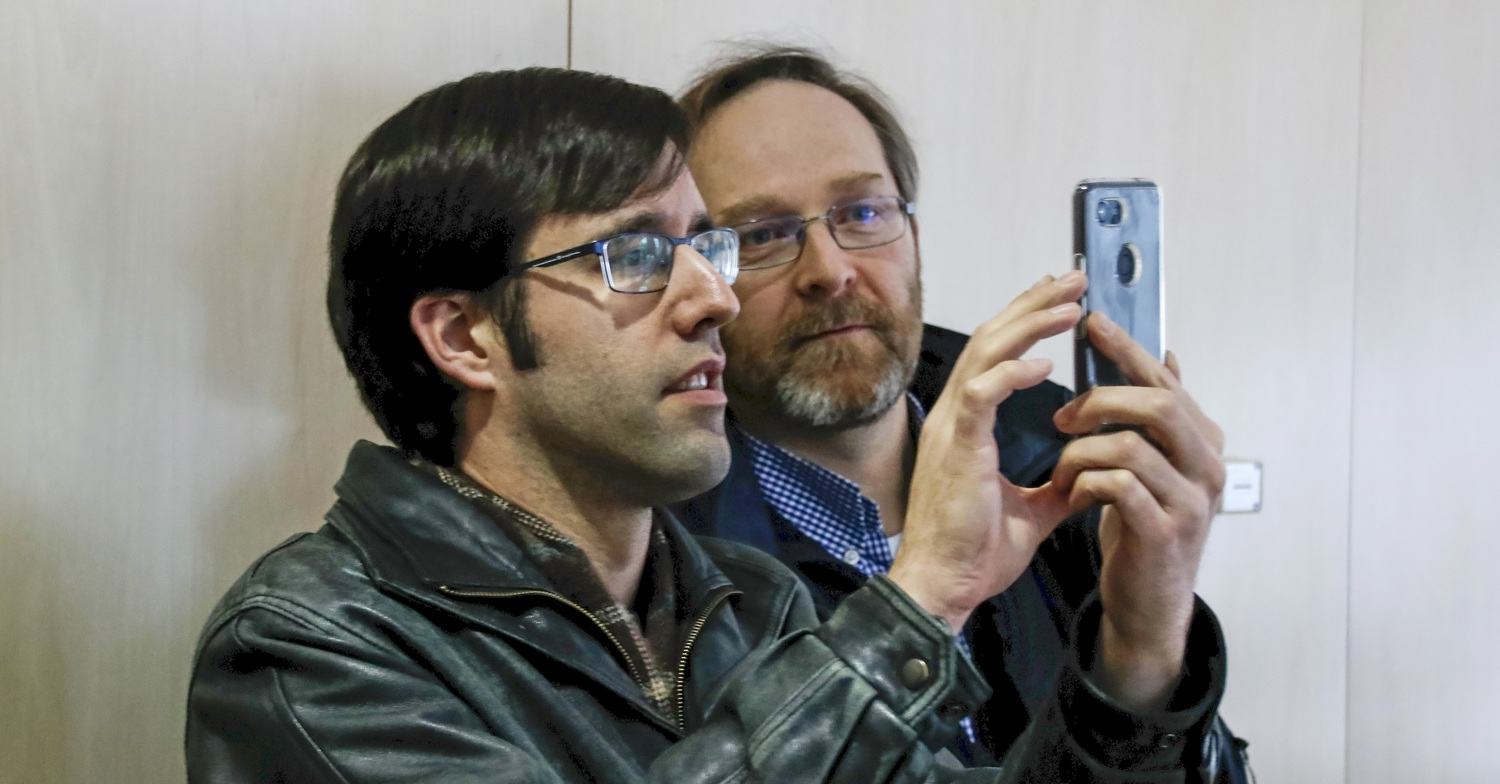 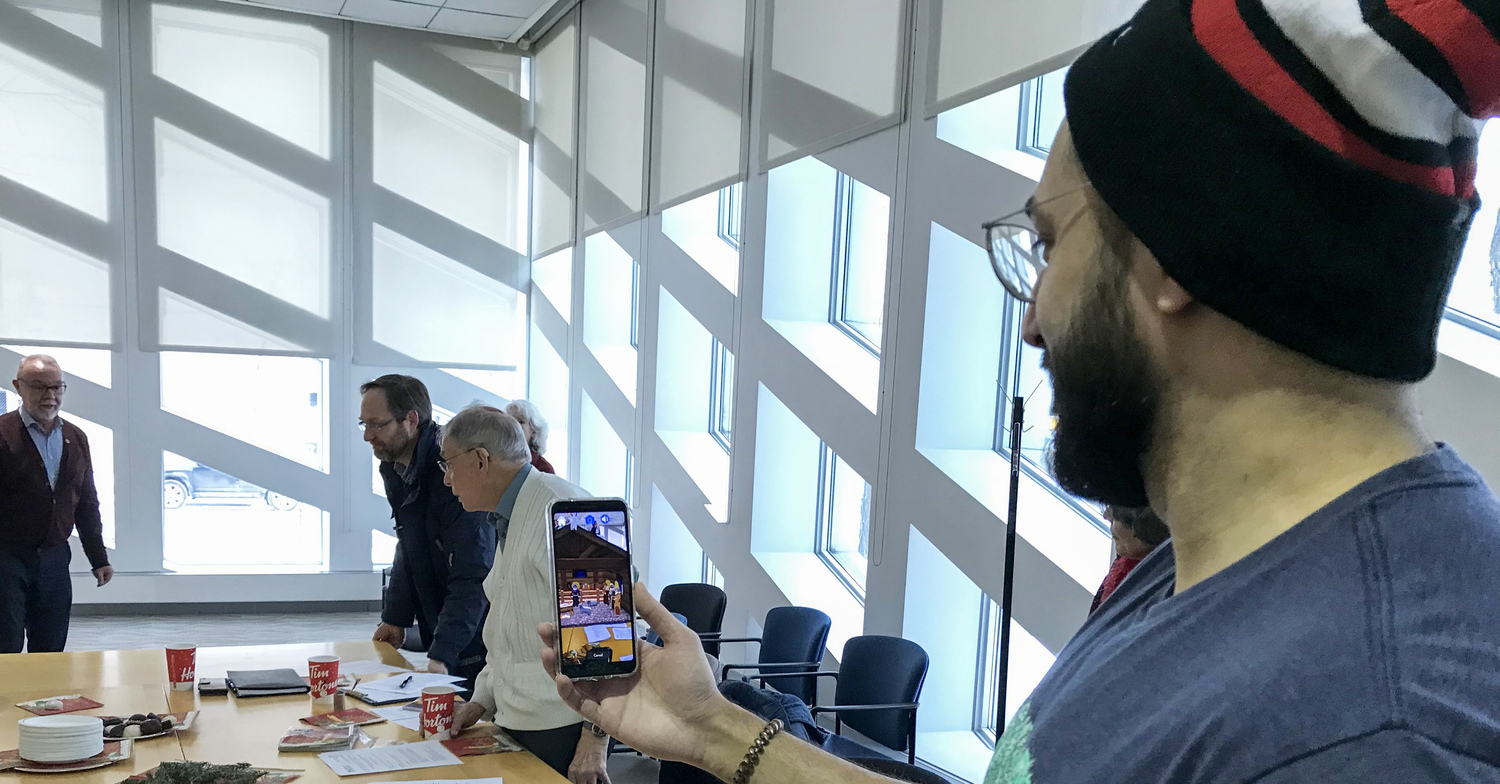 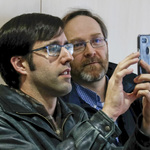 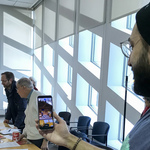 Visitors to the City of Edmonton’s Celebrating Our Faiths exhibit at City Hall now have the ability to interact digitally with a virtual nativity scene via their smartphone.

Last Wednesday, December 11, members of the Edmonton and District Council of Churches (EDCC) were given a demonstration of a one-of-a-kind nativity app created by students in the digital media program at NAIT.

By downloading the app and scanning a QR bar code displayed on a pillar next to the Celebrating Our Faiths display in the foyer of City Hall, viewers can interact with Jesus, Mary, Joseph, shepherds, the Magi, and farm animals in Augmented Reality, a technology that integrates virtual models into the real world. Look closely and you may even spot an angel wearing the City of Edmonton tartan.

While navigating with their smartphone, as demonstrated by Imran Ahmad, program and services coordinator for the City of Edmonton, visitors hear the sounds of the animals in the background, as well as nine different Christmas carols and a voice reading from the Gospel of Luke.

The Rev. Kevin Kraglund, rector of St. Patrick’s Anglican Church in Mill Woods and former EDCC president, suggested Scripture and music to correspond to different parts of the nativity scene which can be projected on a screen or wall to life-size scale.

“This has been one of the most exciting projects I’ve had an opportunity to work on with the EDCC,” said Kraglund. “It’s been very encouraging to see the positive reception this initiative has received.”

The City of Edmonton Augmented Reality (CEAR) app is now available on newer model Android and Apple smartphones. In addition to the nativity, Kraglund says the app will be further developed to feature other parts of the Celebrating Our Faiths program.

The Anglican Diocese of Edmonton is a member of the EDCC which brings together Christian churches in support of annual initiatives such as No Room in the Inn, the Week of Prayer for Christian Unity and the Outdoor Way of the Cross.

The EDCC is currently accepting nominations for the Marilyn McClung Memorial Award. The Rev. Marilyn McClung served as ecumenical representative for the Edmonton diocese and this award is given in her memory to an individual who builds community through ecumenical action and dialogue. Nominations will be accepted until December 31, 2019.