Living a Reconciled Life in Christ 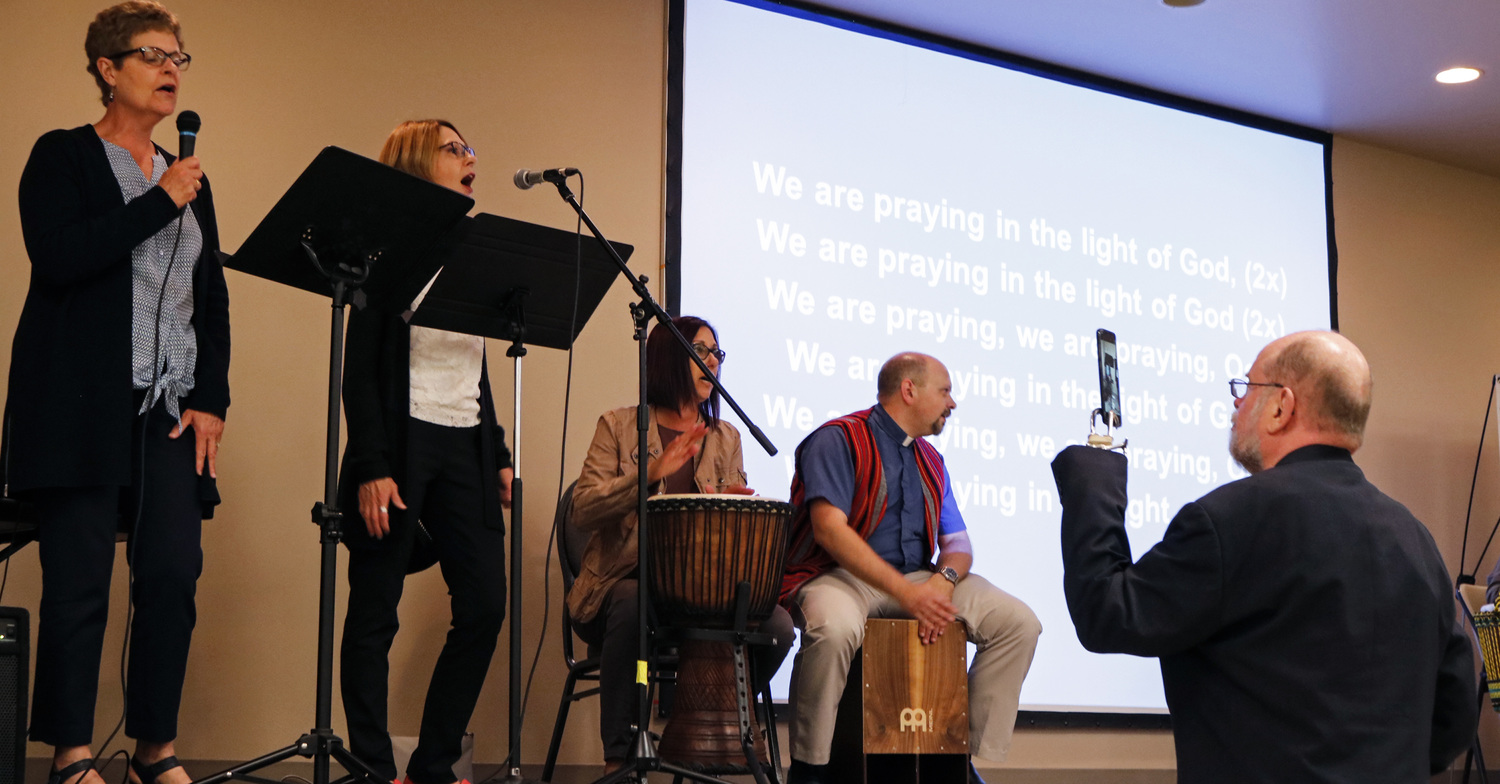 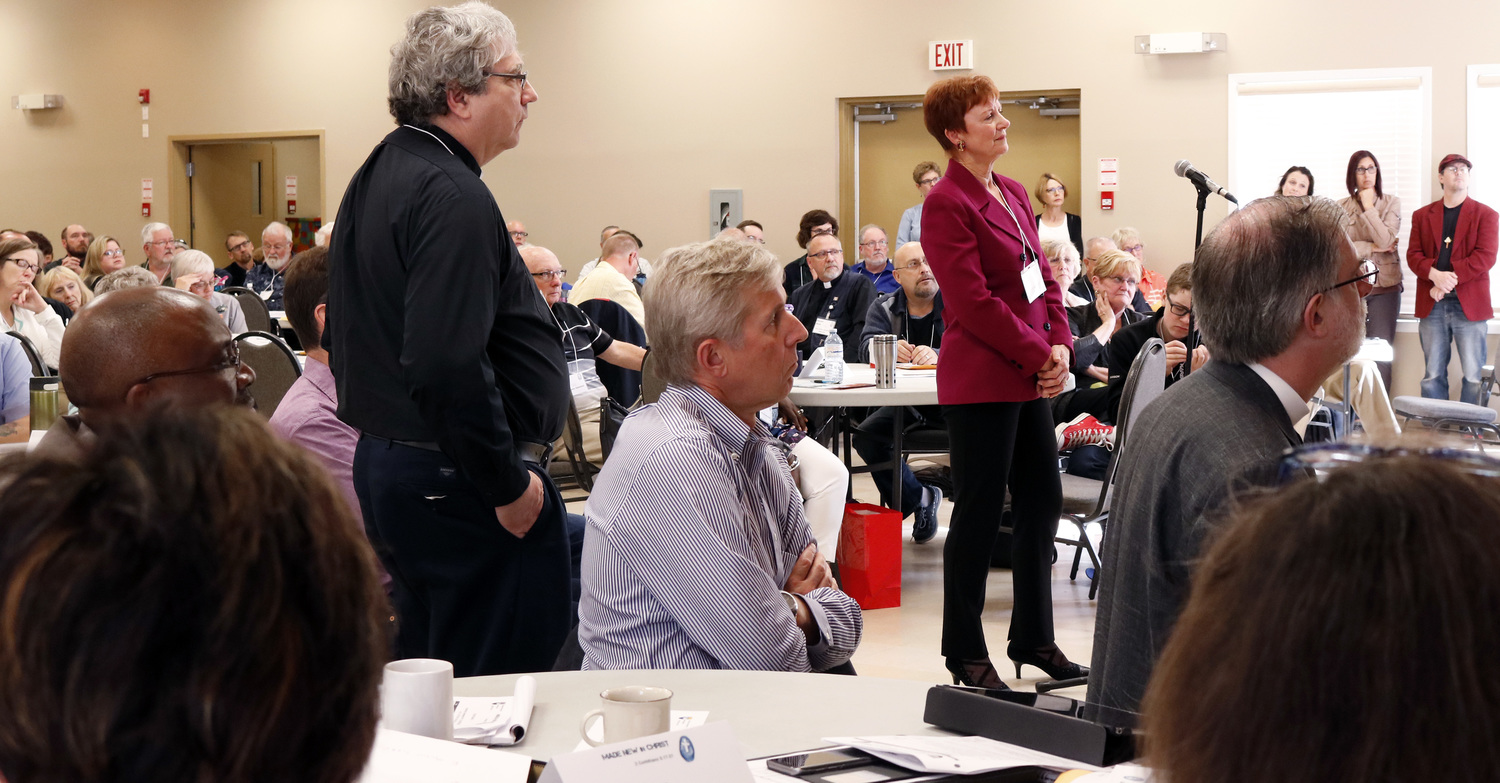 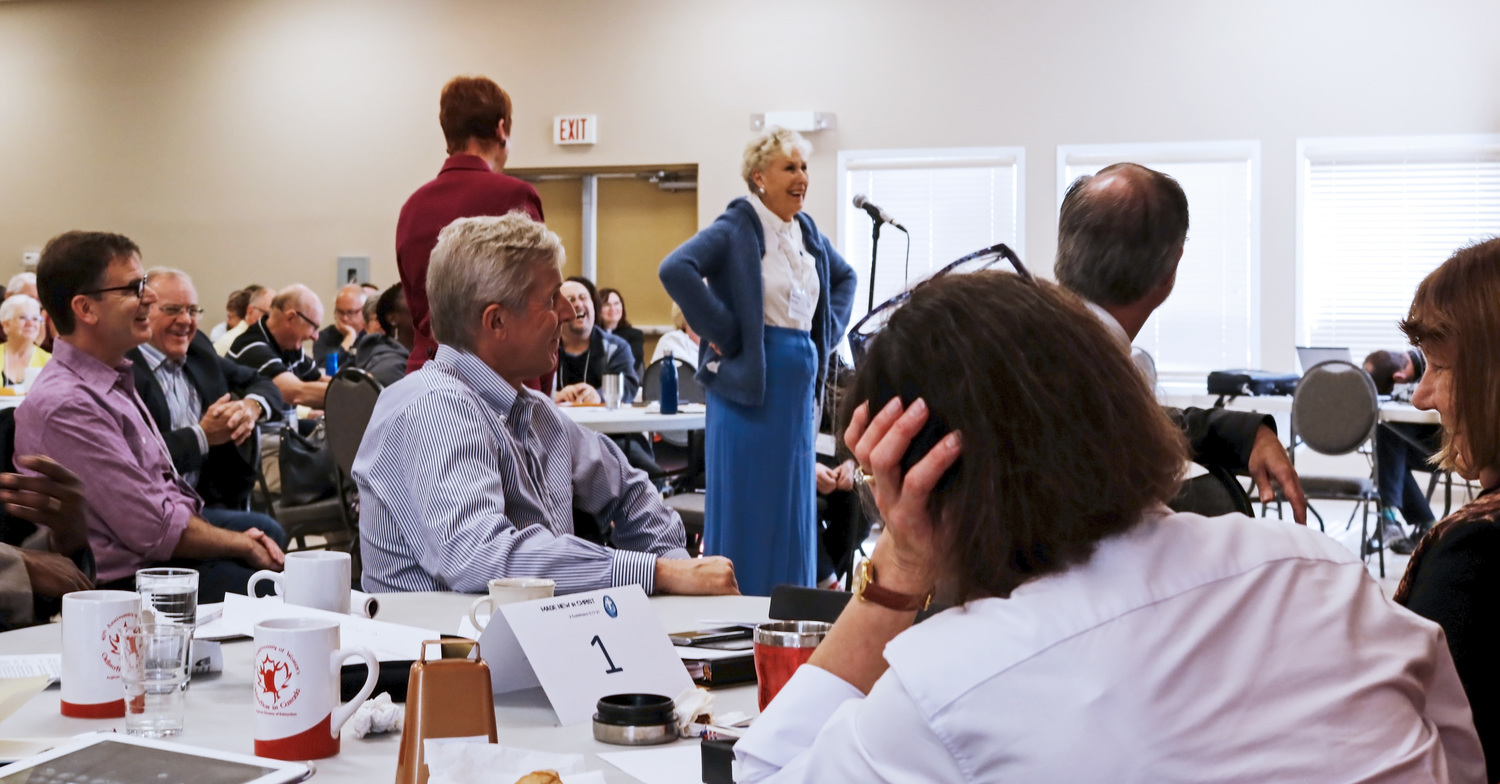 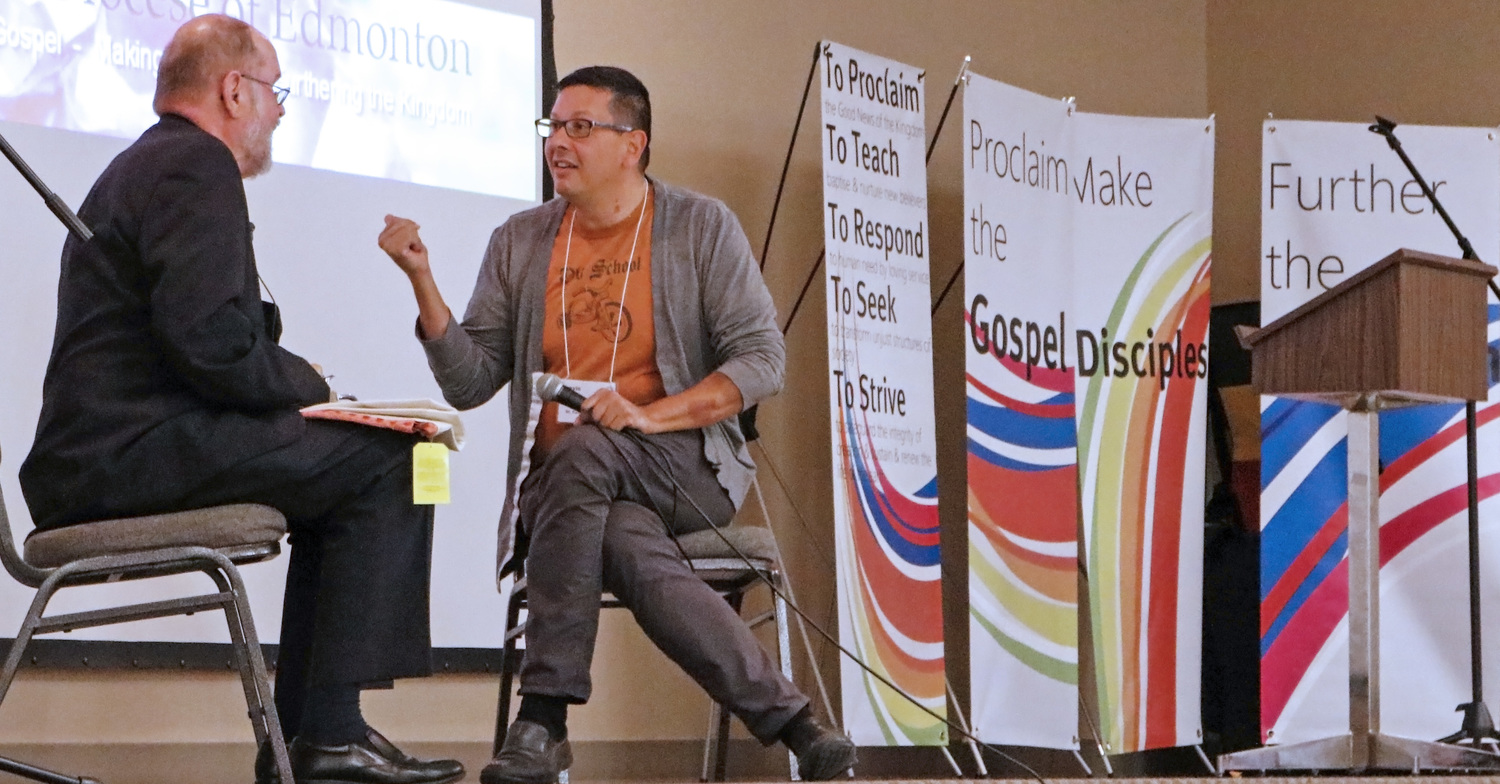 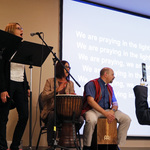 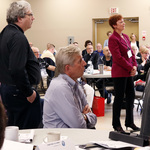 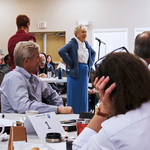 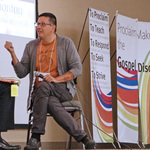 Bishop Jane Alexander says she has been in “awe” of Synod Guest Speaker Canon Michael Lapsley since meeting him in 2009 at an international reconciliation and healing conference in Korea. Prior to the start of Synod, she invited Fr. Lapsley and his assistant Wilondja Rasidi Williams to run a Healing of Memories workshop for members of the Edmonton diocese, who were joined by Melanie Delva, Reconciliation Animator for the Anglican Church of Canada. “I’ve always believed that reconciliation begins with one’s self,” Delva told Synod. “We must ask ourselves, ‘what needs healing within me?’”

Lapsley revealed to Synod his own extraordinary way of living a reconciled life in Christ by showing two videos of his personal journey from freedom fighter to healer. The videos, which are available on YouTube, were followed by question-and-answer sessions facilitated by Margaret Glidden, director of communications for the Edmonton diocese, and Archdeacon Travis Enright. Lapsley’s presentations were very well received and copies of his memoire, Redeeming the Past: My Journey from Freedom Fighter to Healer, sold out at Synod.

As a young Anglican priest, Lapsley moved from New Zealand to South Africa in the mid-1970s at the height of apartheid. It was there, as a chaplain to both white students and students of colour, he gained a unique perspective on life for people on the receiving end of racial oppression. He said it was his first test of faith in the face of injustice.

“From early childhood, I had an understanding that all human beings were created equally in God’s image,” he said. “Yet here was a society in which all value was derived from the colour of a person’s skin, not from the commonness of their humanity.”

Increasingly, Lapsley became active in the anti-apartheid movement and was expelled from South Africa in 1976. He became chaplain to the African National Congress and, in 1990, three months after the release of ANC leader Nelson Mandela, he was sent a letter bomb by the apartheid regime. Hidden in a parcel of religious magazines, the bomb destroyed both of his arms, damaged his sight and hearing and left him with serious burns.

“I believe in restorative justice,” he said. “When something traumatic happens to us, it either causes us to diminish or to grow. It is clear from what Saint Paul tells us that reconciliation is part of our vocation as Christians. It is not an optional extra.”

Lapsley returned to South Africa in 1992 and became chaplain of the Trauma Centre for Survivors of Violence and Torture in Cape Town. The centre assisted with South Africa’s Truth and Reconciliation Commission and it was through that process that he became aware of the tremendous healing power of sharing one another’s stories.

In post-apartheid South Africa, Lapsley saw a whole nation in need of healing. He discovered a new vocation: drawing on his own experience of trauma to promote the healing of others, in South Africa, and ultimately throughout the world. Lapsley founded the Healing of Memories Institute, in 1988, to enable all South Africans to tell their stories of pain and trauma in a safe, supportive environment.

“Pain is transcendent. All of us had been damaged by our experience of apartheid, no matter what side we were on, the oppressor or the oppressed, and all of carried the consequences of the journey our nation had travelled,” he said. “The entire human family is burdened with trauma of one kind or another because of what we’ve done, what was done to us and what we’ve failed to do. When the other is present and we listen to each other reverently, respectfully and non-judgmentally it can be a watershed moment on the long journey of reconciliation.”