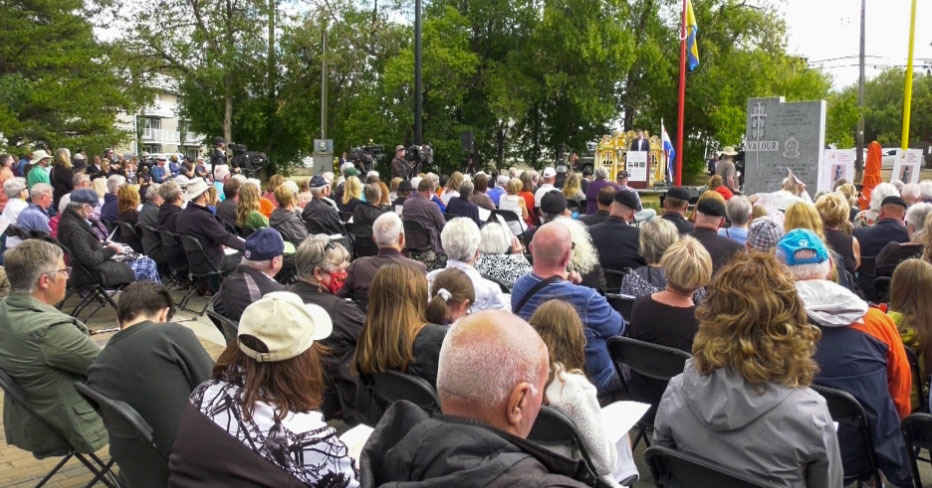 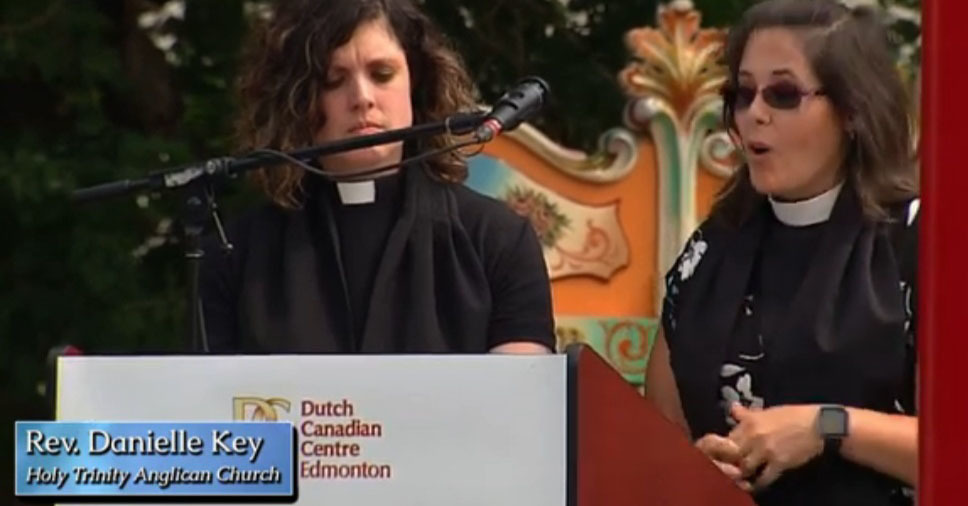 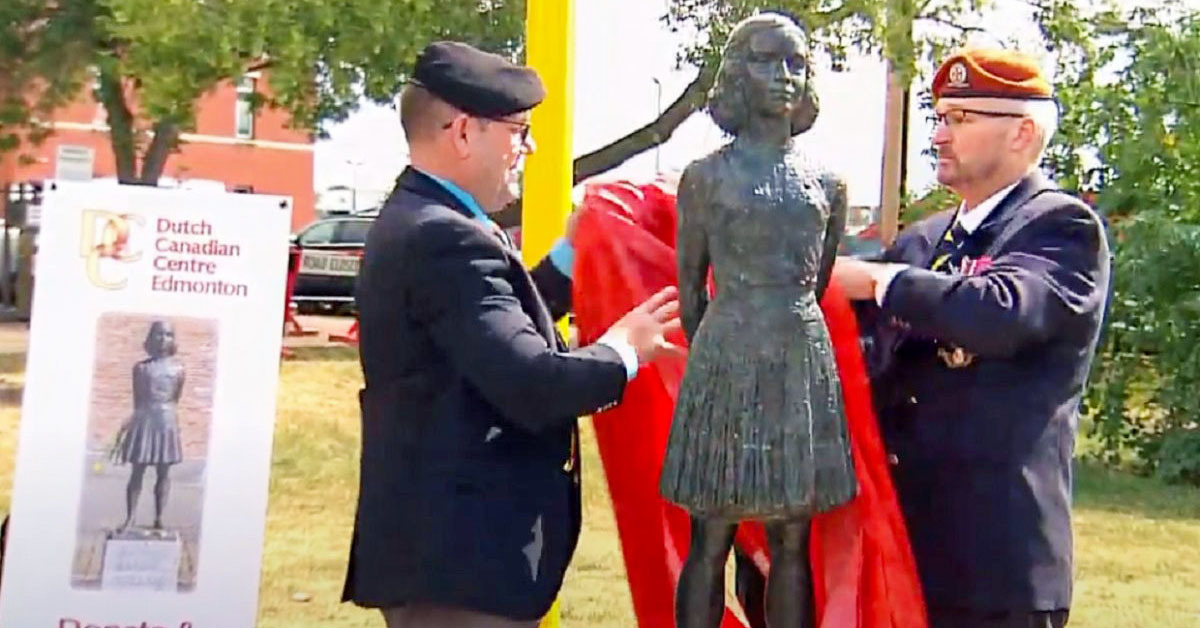 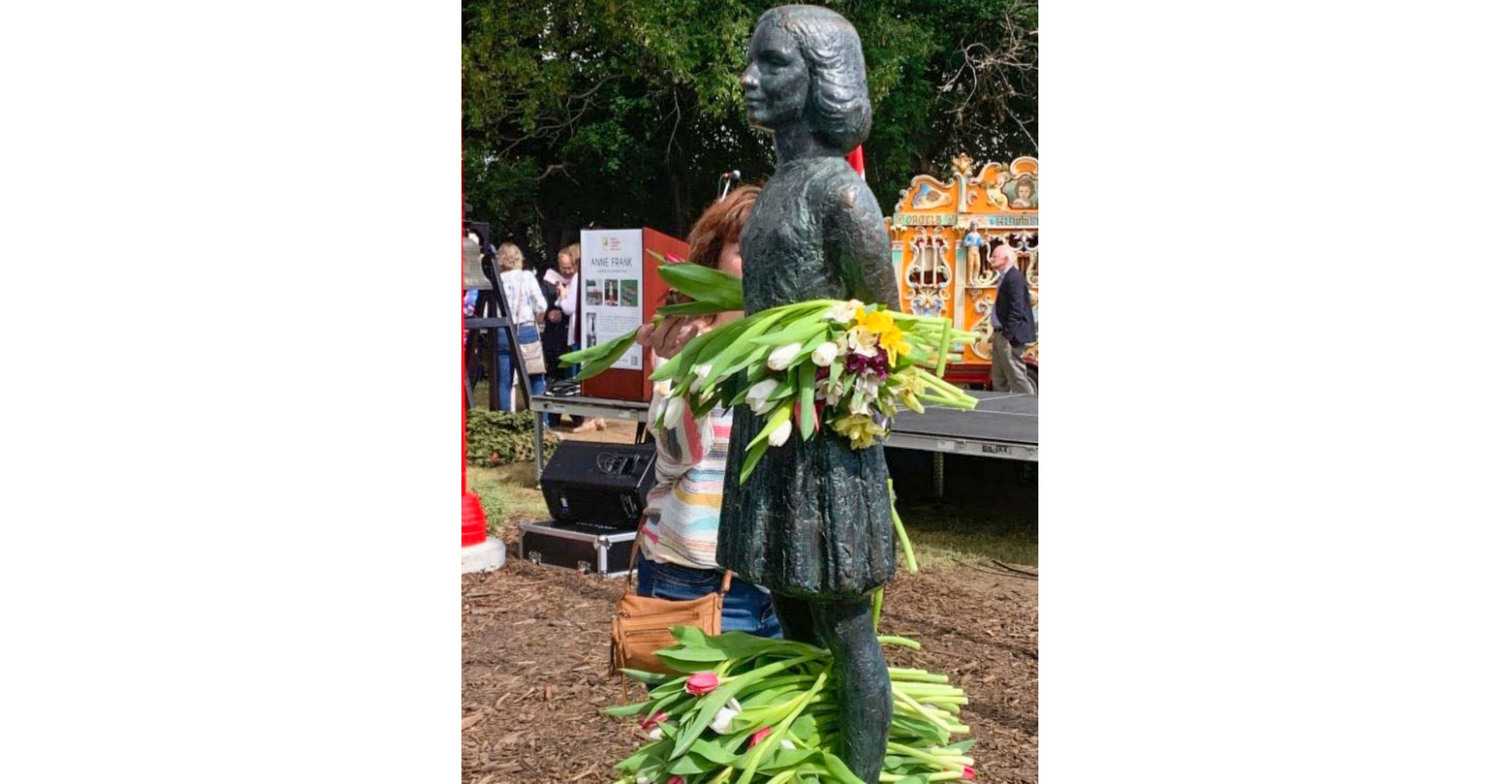 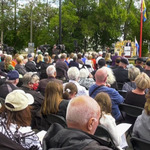 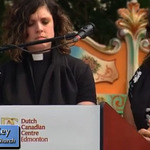 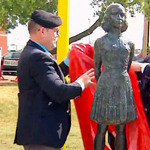 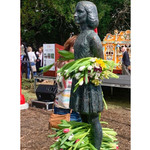 As the regimental church and padre for the Southern Alberta Light Horse (SALH), Holy Trinity, Old Strathcona and the Rev. Danielle Key were invited to take part in the unveiling and dedication of a bronze statue of diarist Anne Frank in Light Horse Park by the Dutch Canadian Club of Edmonton..

“It was a truly spectacular event with so many different people from different backgrounds gathering together to witness the unveiling of a statue of a truly remarkable young girl who stood for inclusion, peace and love,” says Key.

“It was a tremendous blessing to be able to be part of something so much bigger than ourselves and our communities as the unveiling truly showed how one person can have an influence worldwide.”

“During the event, held on August 8, we were live with a Dutch community in the Netherlands who rang their peace bell simultaneously with SALH troops ringing our peace bell and it was so touching and moving,” said Key who gave the following blessing:

“Today we praise you, Lord, for the gifts of the Spirit bestowed on Anne Frank in whose image this statue contains. May we follow in the footsteps of Anne remembering that words are stronger than bullets and grenades, remembering how wonderful it is that nobody need wait a single moment before starting to improve the world, that no one has ever become poor by giving and to live in a manner in which we don't think of all the misery, but instead we think of all the beauty that still remains here on earth.

We, therefore, bless this statue in your name, that it shall be a place where people can come, reflect, remember, and listen to your voice and the voice that Anne professed – a voice of peace, a voice of love, a voice of charity, and a voice of grace. In the name of the Creator, the Son, and the Holy Spirit – be all honour and glory, world without end. Amen.”