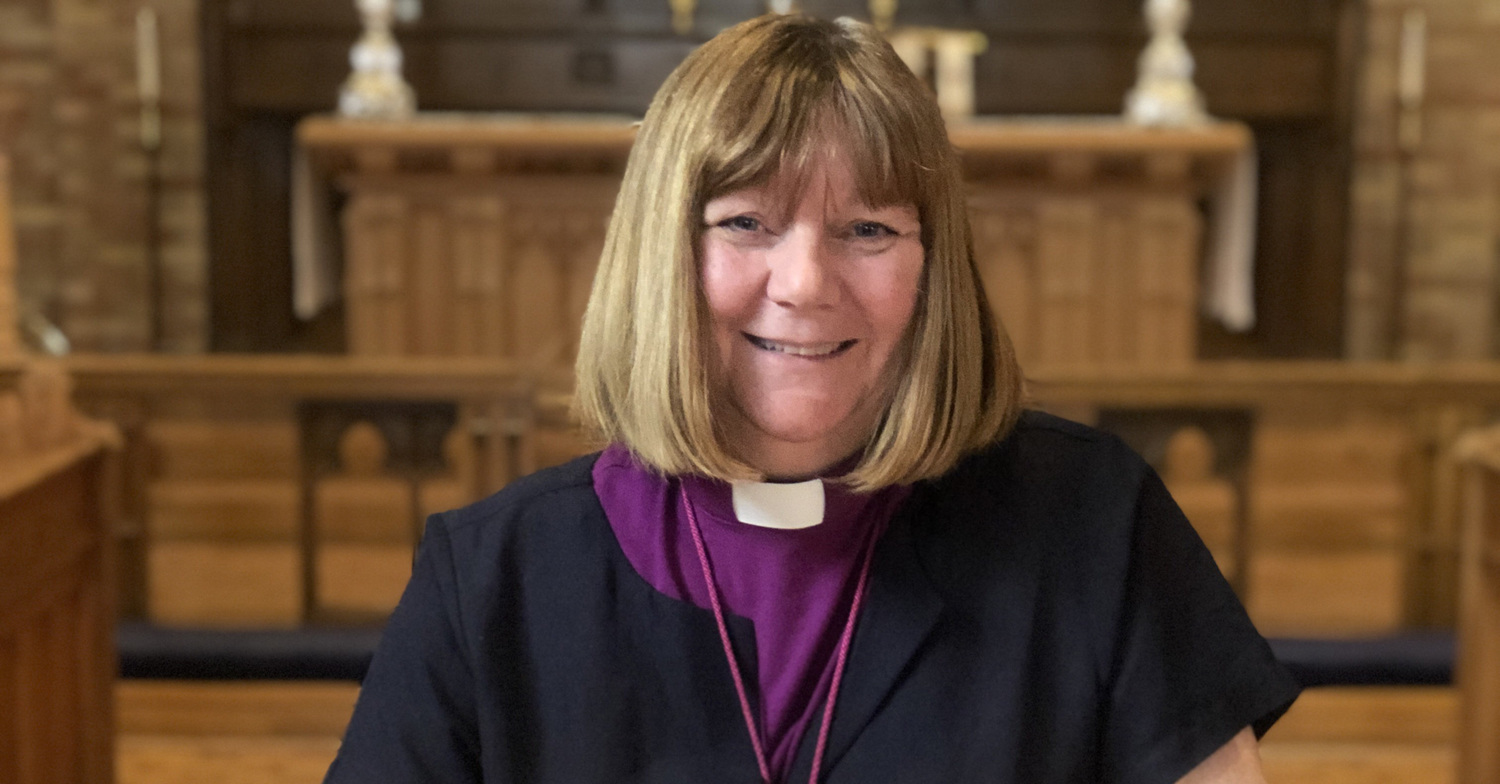 Bishop Jane Alexander resigned from episcopal ministry as of April 16, 2021. The Very Rev. Alex Meek has been appointed Diocesan Administrator. A (virtual) Electoral Synod to elect the 11th Bishop of Edmonton will be held Saturday, June 26, 2021.

The Right Reverend Jane Alexander was the tenth Bishop of Edmonton, leading the church in her city into faithful service and mission, while also contributing to the development of the Anglican Communion’s commitments to discipleship, ecological stewardship and mutual listening.

Before ordination, she exercised her gifts as a music and special education teacher in northern England, and then in the Department of Educational Psychology at the University of Alberta, leading to a PhD thesis on Cognitive Decline and Alzheimer’s Disease in Persons with Down Syndrome.

She was ordained in 1998, serving as a deacon for three years and a priest for seven, in parishes in and around Edmonton. In 2008, the diocesan synod elected her bishop, in succession to Bishop Victoria Matthews: a historic first which brought the Anglican Church of Canada another step forward in its acceptance of women as leaders. She describes her focus for the diocese in the phrase “creating a missional culture,” forming members of the church as outward-looking disciples, while also seeking out practical ways to live God’s good news in partnership with the secular city.

Bishop Jane's leadership in Edmonton has been closely identified with the city’s anti-poverty initiatives. As co-chair of the mayor’s task force and EndPoverty Edmonton, she helped bring together business, academia, social services, health care, spiritual and government leaders, and the poor themselves; to work to “end poverty in Edmonton in a generation.” Alongside this priority, and in close connection with it, Bishop Jane invited her diocese to reflect deeply on reconciliation with Indigenous peoples, giving close attention to the work of the Truth and Reconciliation Commission of Canada, and the grassroots movements drawing attention to missing and murdered Indigenous women. The result has been new ministries and shared action within the Edmonton diocese and beyond.

Beyond the city and diocese of Edmonton, Bishop Jane earned respect for her leadership in a number of areas of global Anglicanism. She was a partner in the International Eco-bishops Initiative, which highlights the impact climate change is having on diverse communities around the world; as well as in the ground-breaking dialogue between Canadian and African bishops, seeking a new basis for mutual respect in the face of disagreements. She served on the Communion Task Force on Discipleship and Evangelism, and on the Standing Committee of the Anglican Consultative Council, a vehicle for communication and coordination between the churches of the Communion.

Bishop Jane in the News:

"Becoming Bishop Jane": U of A Faculty of Education Profile by Scott Lingley