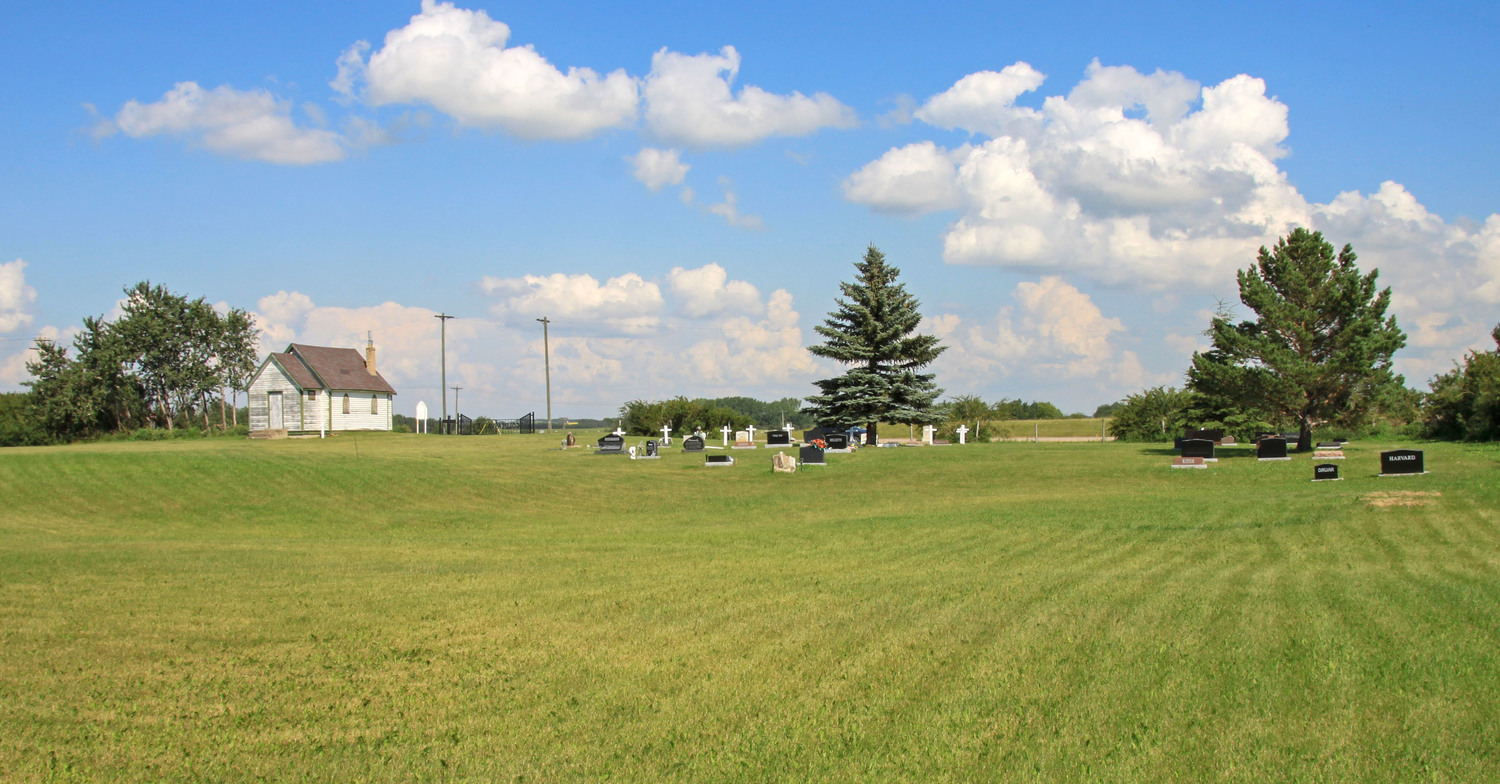 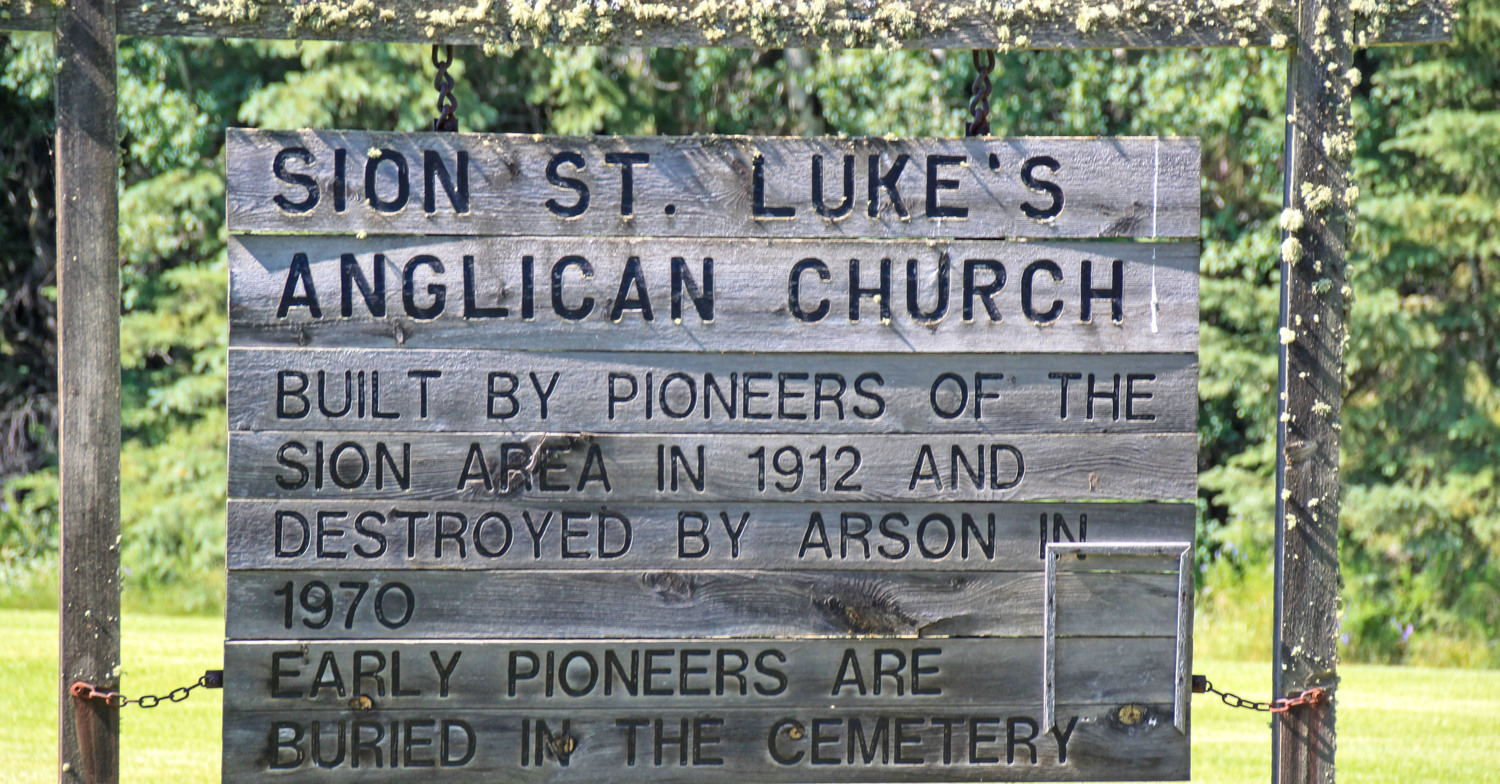 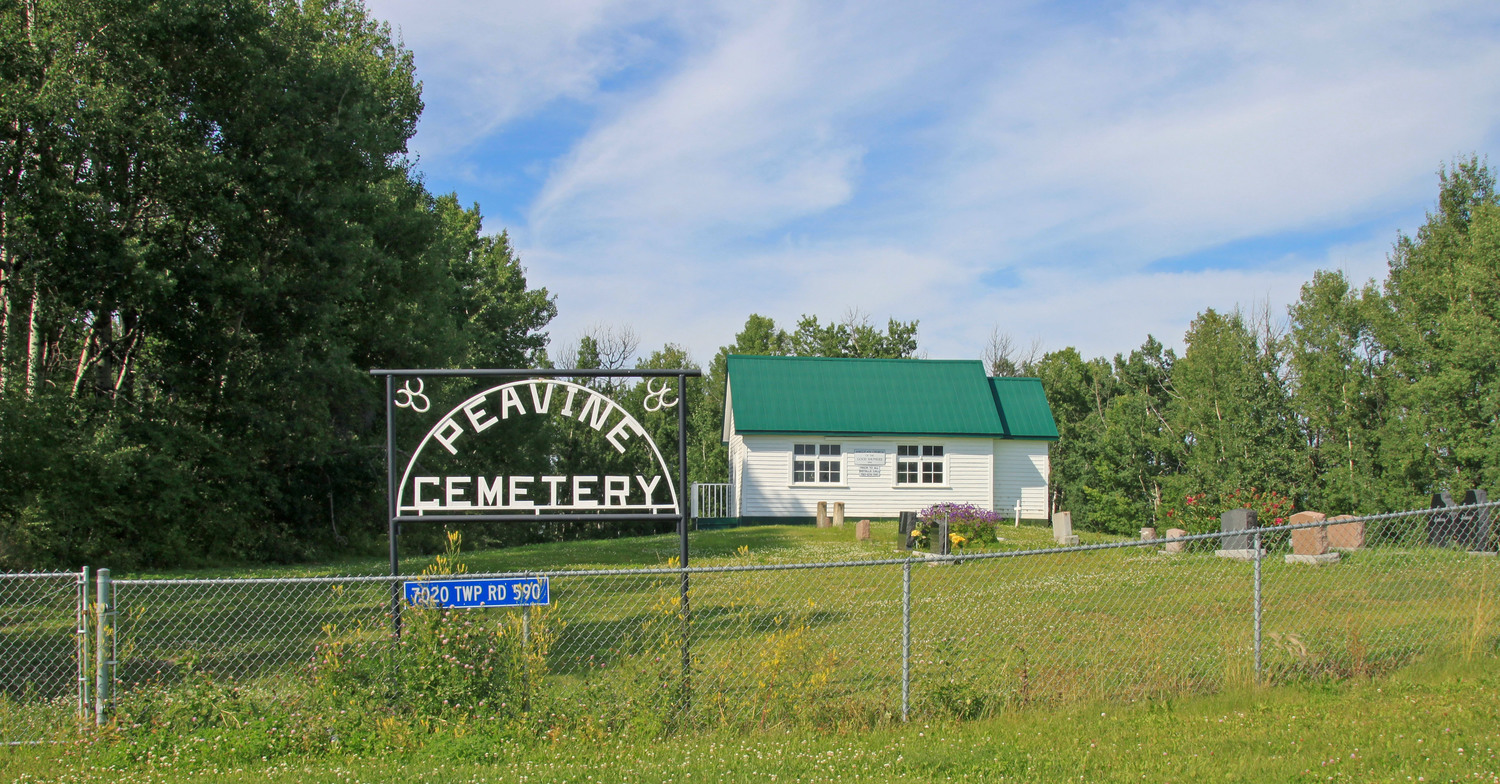 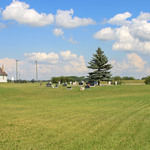 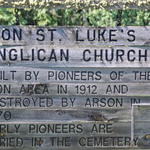 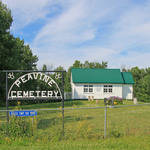 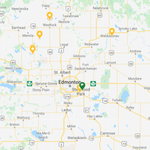 Cemeteries are something we don’t often think about in our day to day church life. Clergy, of course, are familiar with cemeteries because of the number of burials they do. But for centuries once of the ways in which the Church has ministered to the community is to provide a place to bury the dead, often in church yards.

There are some 26 cemeteries in the Diocese of Edmonton. All, but one, are in current or former church yards. Five belong to active parishes (St. John’s, Cold Lake; St. John’s, Onoway; St. Peter’s, Lac La Nonne; Emmanuel, Gibbons; and St. Aidan’s and St. Hilda’s, Rexboro). All the rest belong to parishes that have been disestablished over the years, and thus they belong to the diocese. Two, Poplar Lake and Colchester, are maintained by nearby parishes (Good Shepherd, Edmonton; and St. Thomas’, Sherwood Park, respectively).

At the end of July, I set out on a road trip to check on 22 of our cemeteries. Over the course of a week, I travelled more than 2,300 kms and saw some beautiful countryside, and some very well maintained cemeteries.

Many of these rural cemeteries are cared for by local people who have some connection to the long-closed parish. The most common connection is to someone buried in the cemetery. In a few cases a local self-organized cemetery committee or historical society cares for the cemetery and, where they exist, the church building. In some cases, a neighbour simply cuts the grass as a labour of love. Some still have church buildings; in some the building has been moved elsewhere, either to a new location for worship or to a museum; in some cases the building has long since deteriorated or burned down.

Some of the grave markers tell extraordinary stories of people who came from across the sea to make their life here in Alberta. Some tell stories of tragedy, such as a marker for a family who perished in a house fire, or a young child who died of diphtheria or some other cause. Many leave hints of long and happy lives. Many of our cemeteries have official military graves for veterans.

In addition to being the final resting place for those who are buried there, each cemetery tells a story about the history of the local community. Sometimes the history is recorded in a small book, such as a history in our files of St. George’s, Stretton, which provides a fascinating picture of life in the whole region a century or more ago. Sometimes part of the history is recorded on a sign at the cemetery, as in the case of Colchester or St. Luke’s, Sion. In the case of Soda Lake cemetery, there’s even an official Alberta history sign on the highway nearby. Frequently the story is lost to history, though we can imagine the faithfulness of people who built a church with the hope of a village forming in the area which never came to pass. We can imagine the local community gathering for worship, for picnics or celebrations of great events, for weddings and baptisms and, yes, for funerals. Whatever the story, wherever the location, each of these cemeteries has its own charm.