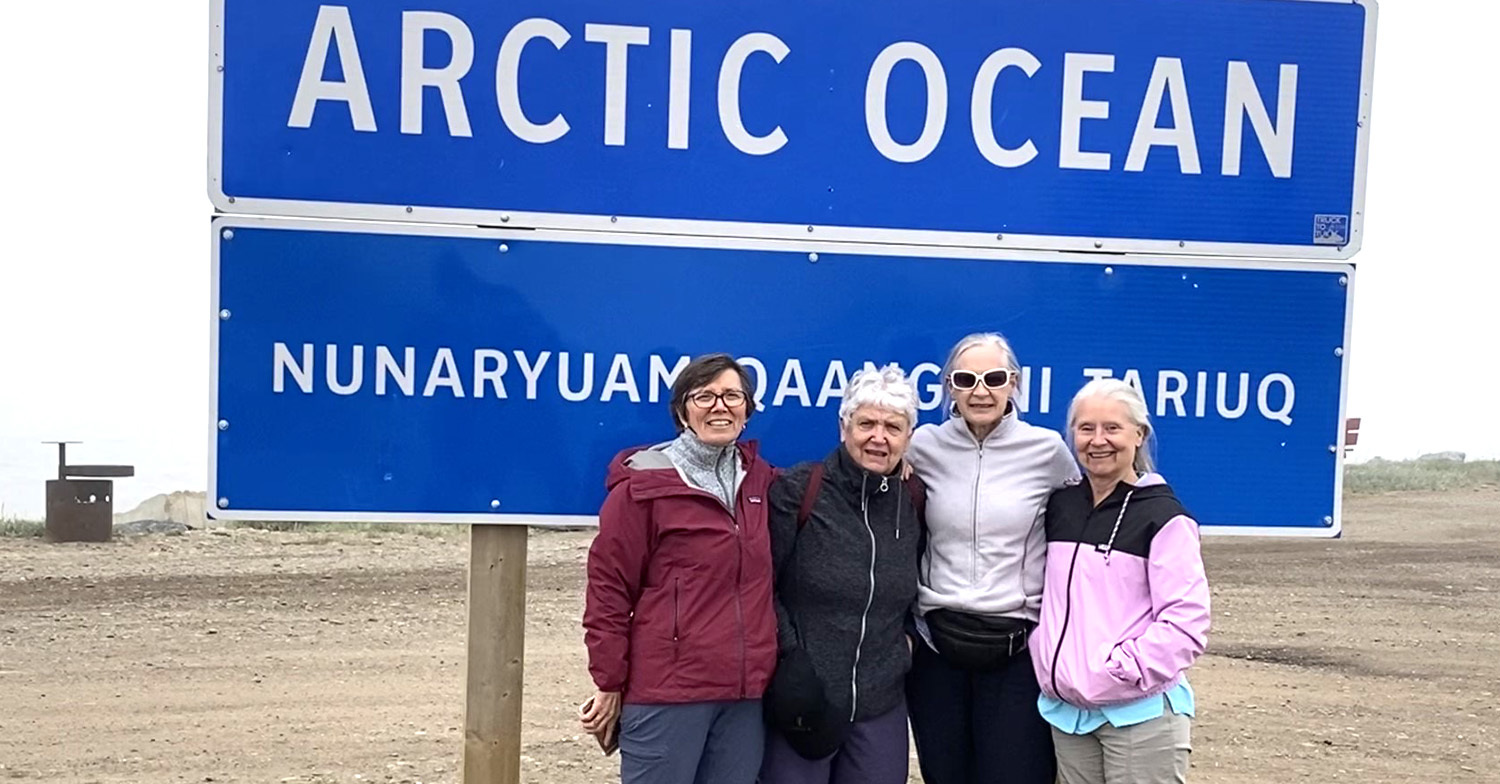 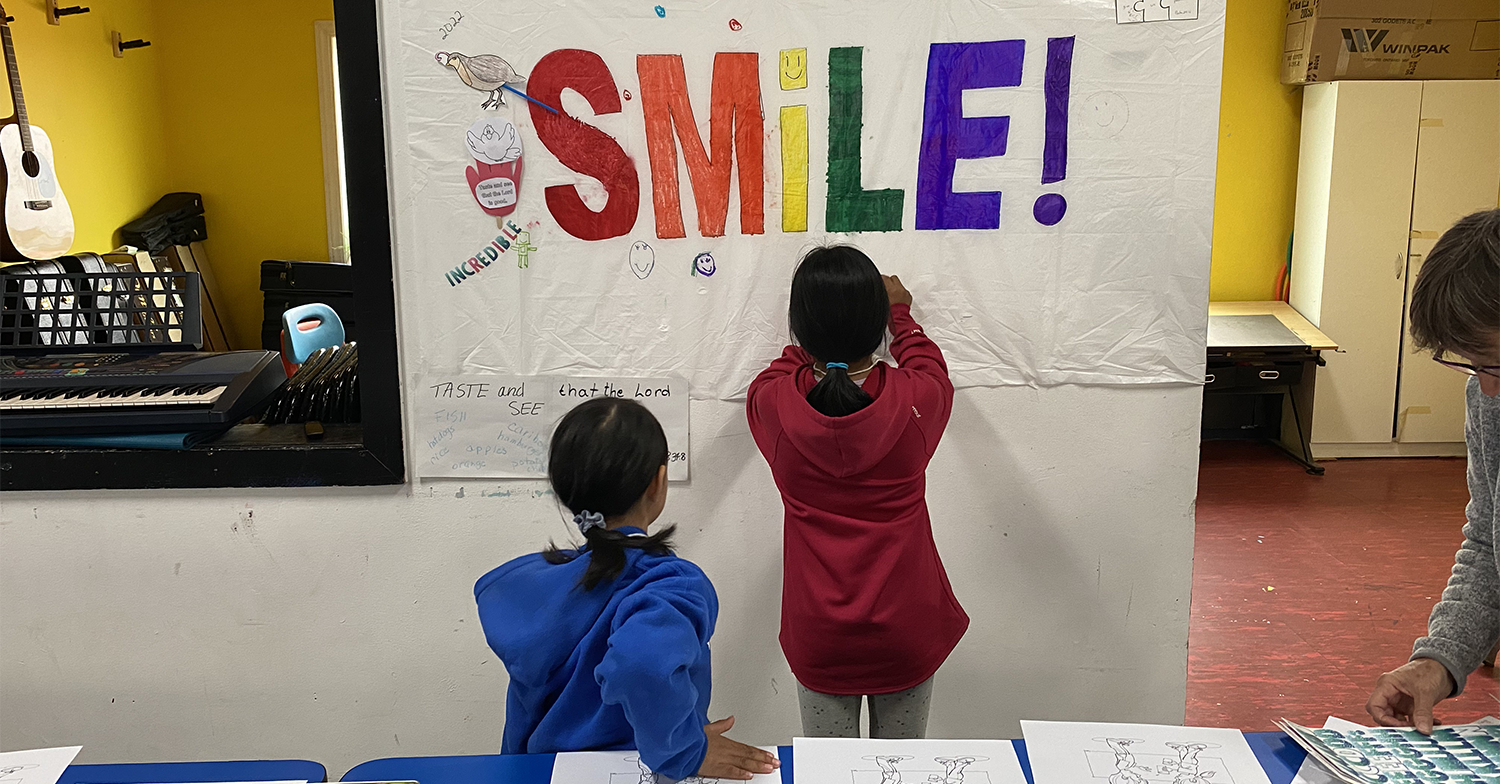 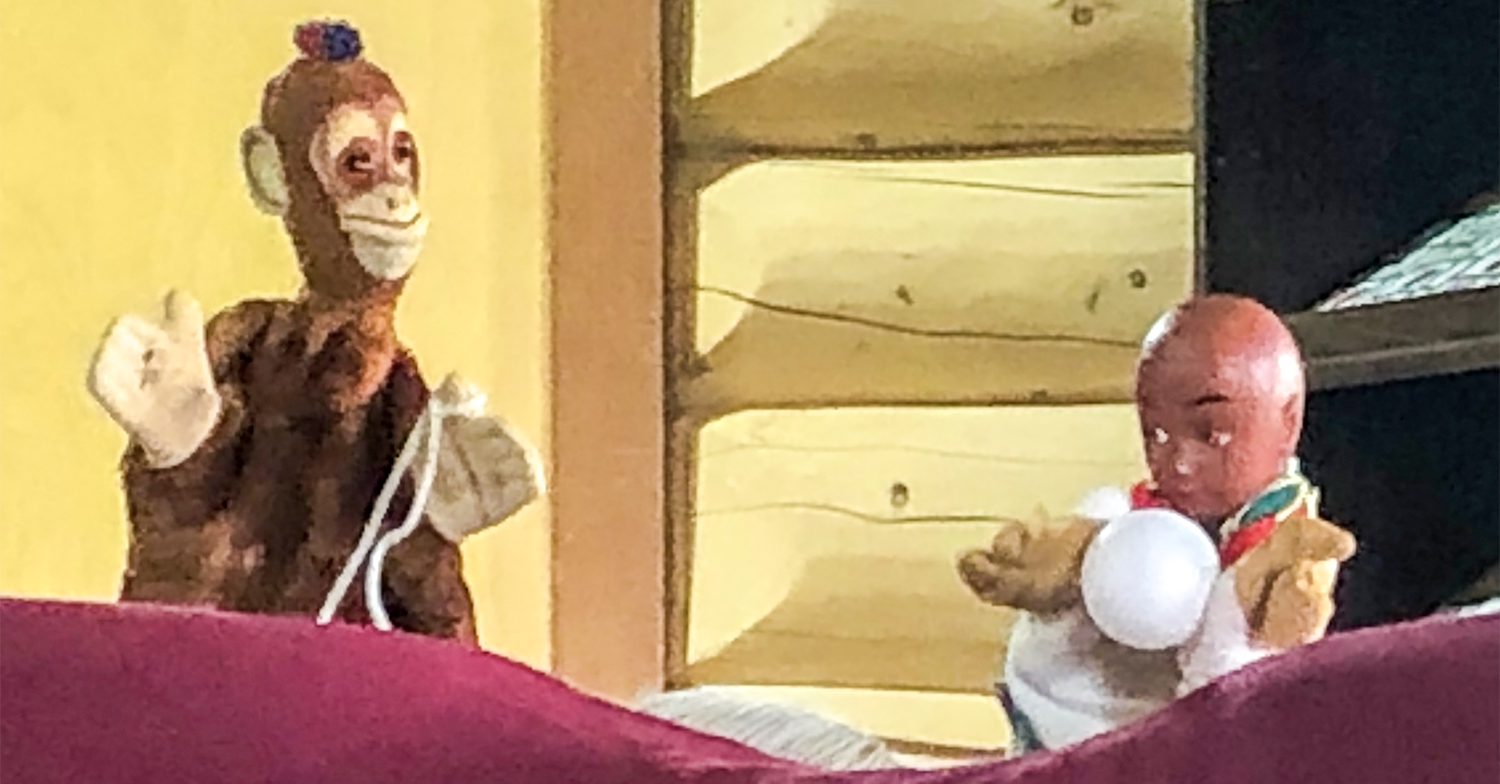 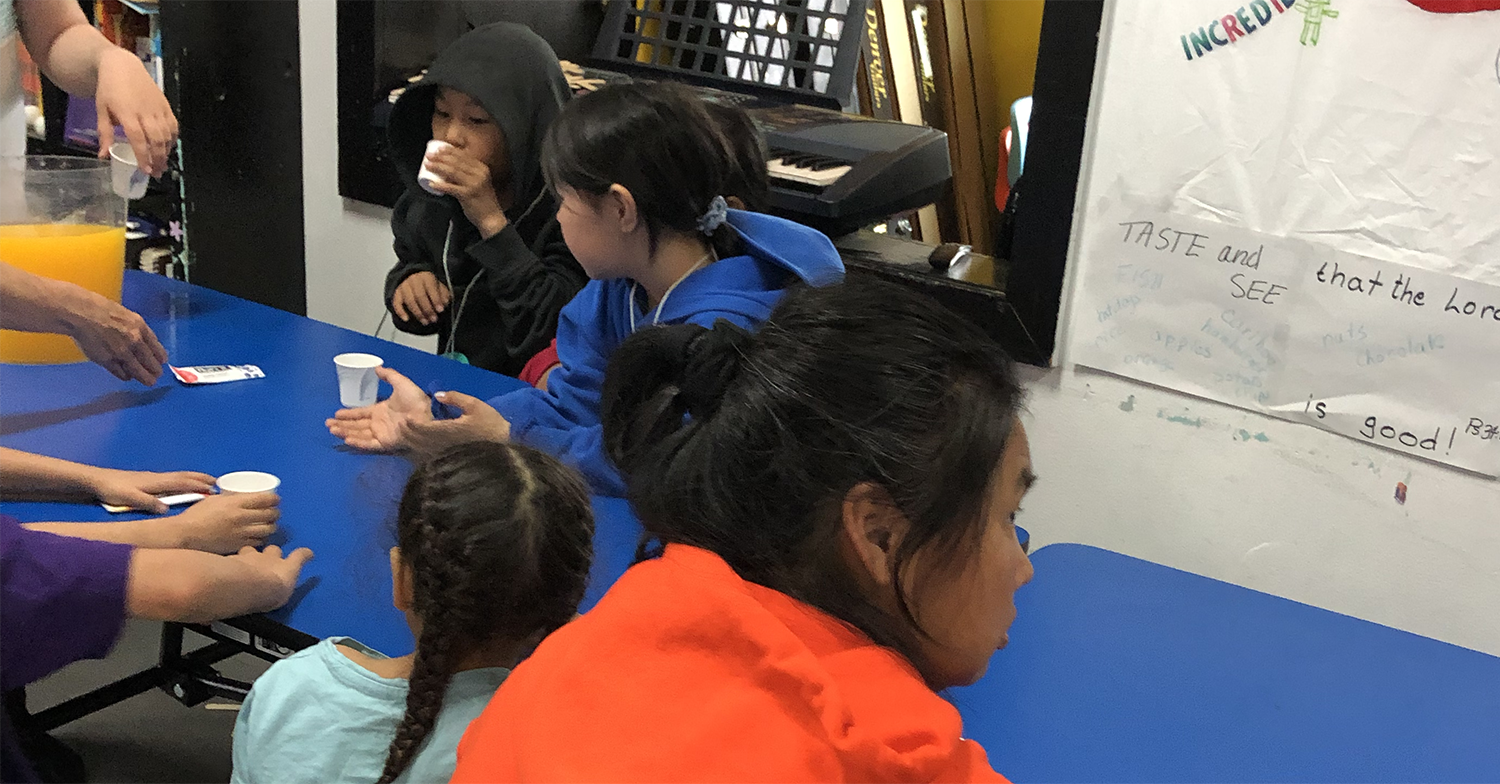 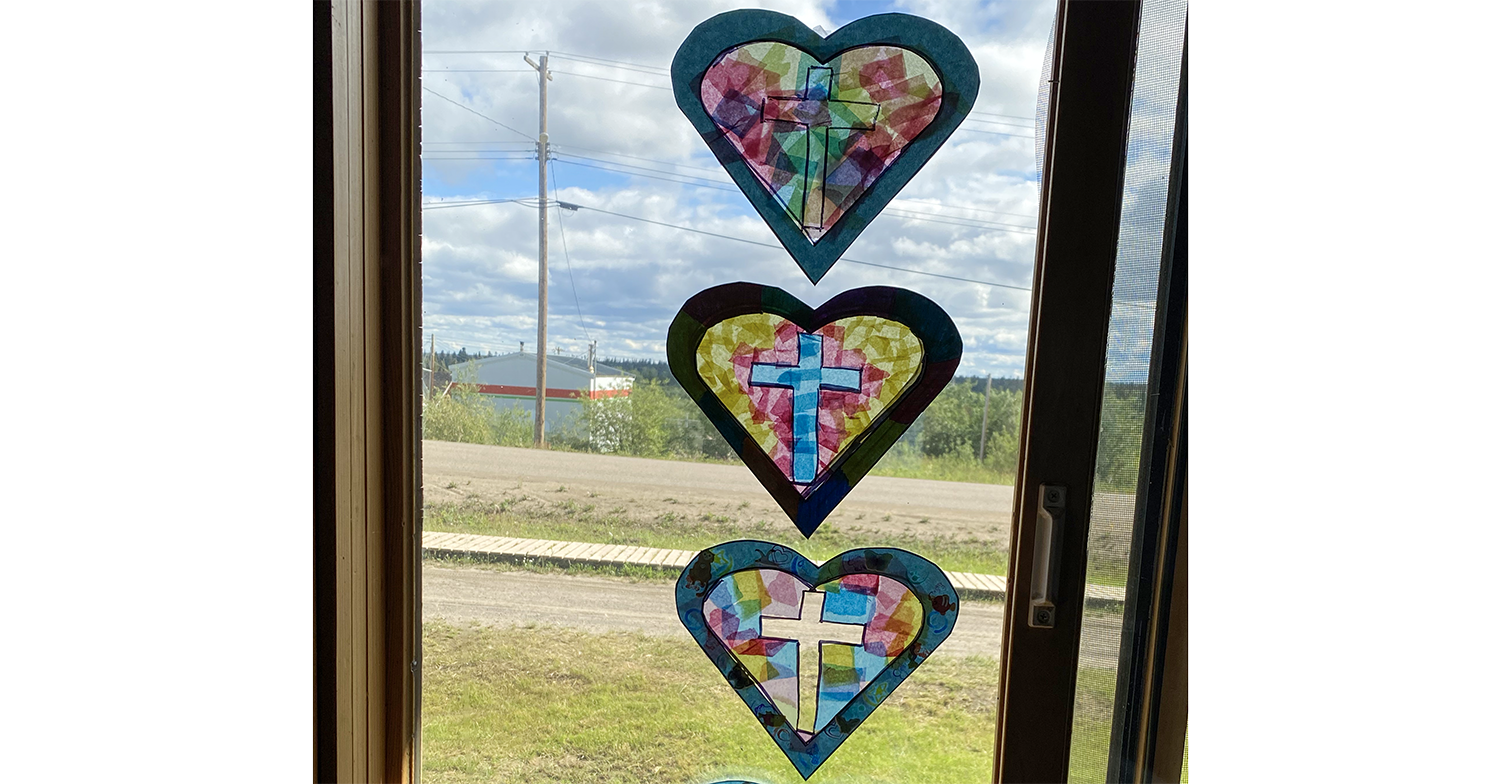 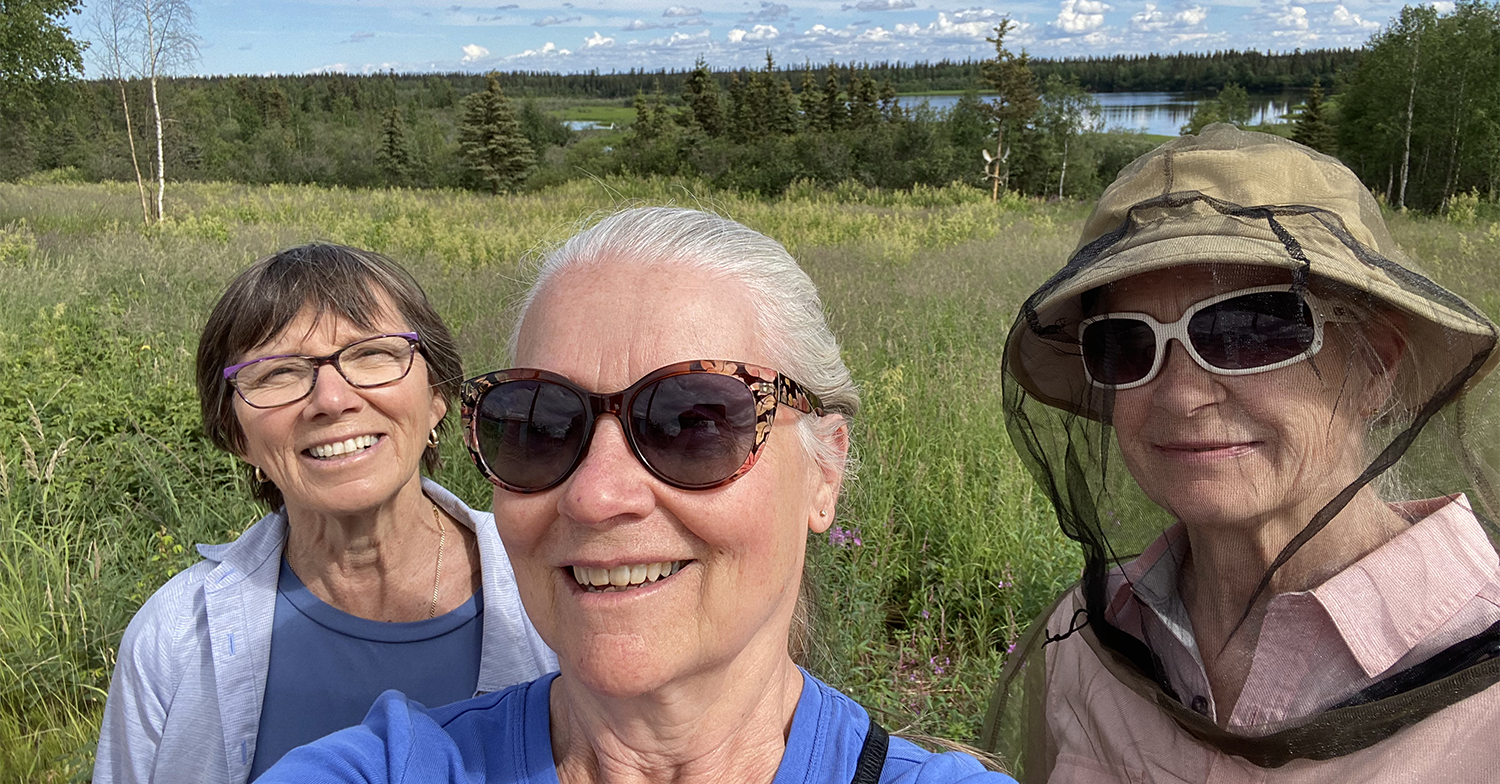 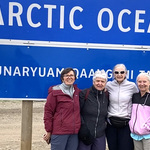 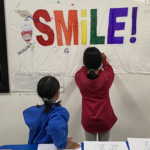 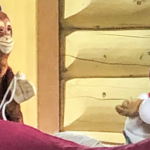 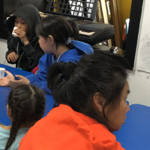 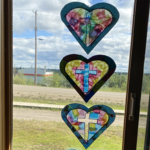 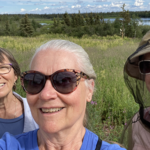 The opportunity to spend two wonderful weeks in Canada’s north running an On Eagle’s Wings (OEW) Bible Camp was a dream come true for our volunteer team. We didn't imagine it would be possible his summer! In March, when OEW Ministry Director Robin Abrol and Executive Director the Rev. Lesley Hand, came out from Edmonton to present to the Holy Trinity Anglican/Lutheran Church in Edson about the work of On Eagle’s Wings, particularly the Bible Camps held in summers prior to COVID, the Arctic was still closed to outsiders. But the adventure called to me, Sheryl Dubois and Beverly Kazoleas, and our team was born.

Time passed quickly with no concrete plans in place. The dates each of us was free didn’t seem to work. Contacts in the various northern communities had been lost over time. It began to seem likely the opportunity would be for next year. Then, with the beginning of June came dates and places, followed quickly by plane tickets to Inuvik! Planning began in earnest.

The parish of Holy Trinity and Pastor Johnny Pooten were very supportive of our endeavour, sending emails of support and financial assistance flying over the internet. Five special ladies helped us create the materials for the crafts suggested in the curriculum we received. We were truly carried on the prayers of so many! We left in the early morning of July 8, bound for Edmonton for a final meeting with Robin (Abrol). And Saturday morning we were off to the airport bound for our first camp.

We arrived in Inuvik via Yellowknife and Norman Wells, to find Lesley (Hand) waiting for us. The local Catholic priest came to our aid, and we were soon part of a two-car convoy to Tuktoyaktuk (Tuk). Fr. Fredrick, Lesley, volunteer Maureen (the two had just finished their own week in Inuvik), and the three of us all landed on Sr. Fay’s doorstep in time for dinner (seems to be a habit of her guests). Our home base for the week was the Mission House in Tuk, and our hostess provided the best possible introduction to the local community. We met a lot of the local people through Sr. Fay, including elders and young people. In all, 17 children (an average of 12 per day) attended Bible Camp. Lesley and Maureen helped us the first day and we were able to get some great photos! After that, we were on our own and photo-taking was not a priority.

Our biggest challenge in Tuk was doing what we could to support the community following news of a death by suicide affecting the church elder’s family. It was the second suicide in the community in three weeks. Sr. Fay took advantage of our presence in the hall and hosted an open house for the young people to be together. A local elder came with his guitar to jam with the youth. Several mental health and other helping professionals, as well as interested adults from the community, were also present. We offered rock painting and beading activities. (To think, we very nearly left the acrylic paints for the rocks at home!) All told, Sr. Fay could name 35 in attendance at our impromptu youth gathering.

At the last minute, we were told there was a plan to get us from Inuvik to Fort McPherson and, all too soon, we were on the road back to Inuvik in the trusty, rusty, rented vehicle we nicknamed Betsy. As Vicky, our ride to Fort McPherson drove, she pointed to sights along the road we might have missed including the “Hollywood of the North” sign on a hillside: Tsiigehtchic! She toured us around her entire hometown as we waited to find out who might have a key to let us into our accommodation. When the padlock on the Mission House had to be cut off to let us in, Vicky brought us a new one. We met Deacon Rebecca, Elder Joane Snowshoe (retired priest), Intern Harlen and members of the community on Sunday morning at the Anglican church. The service, half in English and half in Gwich’in, was fascinating.

That week we could walk to the Bible Camp Lodge which was outside our back door. We had a small number of five children, but those children brought an abundance of joy! We were blessed with the opportunity to visit the local fish camp, and by visits from an elder who had long taught the local Gwich’in language. We also met her nephew, bearing a treasured and well-used copy of a Grammar of the local language, and a local government worker who had attended Residential Schools. We received a warm welcome everywhere we went. The fabulous people and delightful children are among the highlights of our first trip to the far north. As are the amazing landscapes, caribou, and traditional food: muk tuk (whale blubber), bipsi and whitefish.

We bid farewell to the people of northern communities with far more than we left behind. We left with a renewed sense that God provides, often last-minute, without warning, but He provides.

The northern people we met are strong, loving and faithful. They demonstrated how God is central to every aspect of life in the north. We were humbled by the openness of the people in the communities we visited, and their willingness to share. Their connection to the land and a strong desire to pass it on to future generations taught us to pay closer attention, and not ignore issues threatening the land, such as global warming. We came home ‘One in the Spirit.’