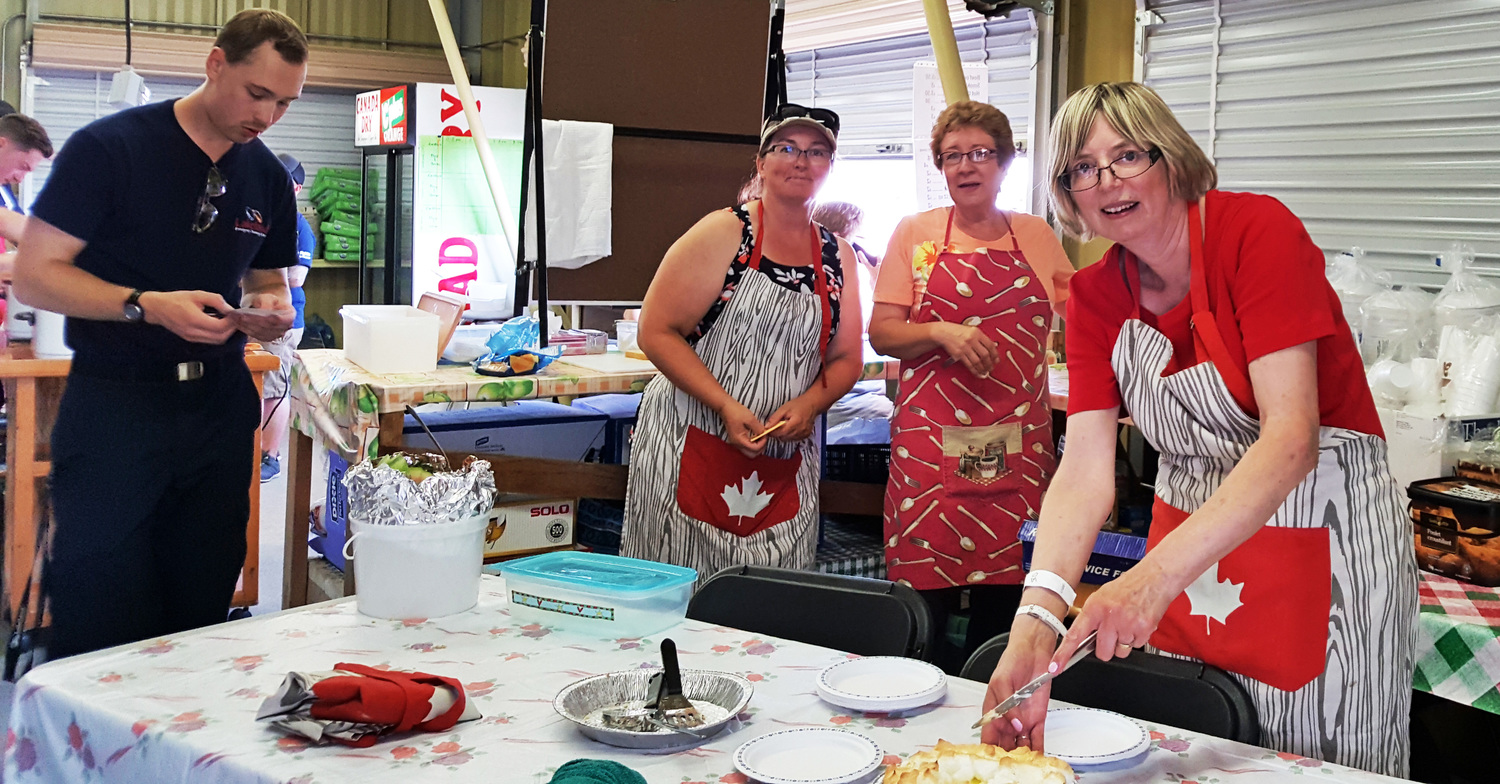 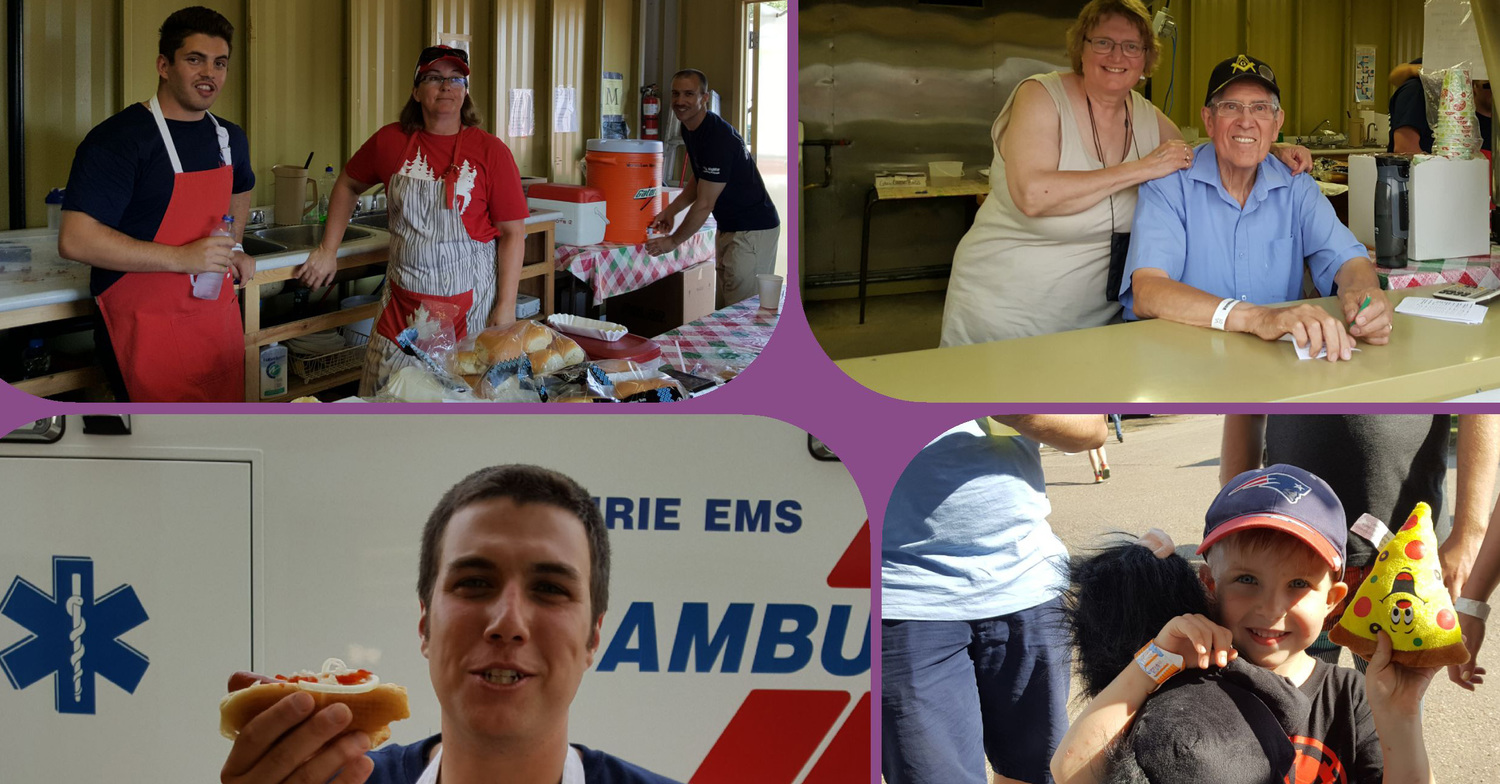 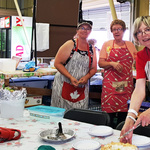 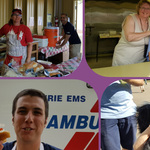 Fast forward to the year 2017. Three beautiful days, July 27 to 30, brought more than 25,000 people to the fairgrounds in Vermilion. Kicking it off with the parade Thursday morning, fair-goers then attempted to take in all the sights and activities, some of which included the trade fair, exhibit hall, petting zoo, equestrian riding, heavy horse pull, tractor pull, chuck wagon races, grandstand show, local talent stage, sheep, beef, rabbit and poultry shows, midway and fireworks.

St. Saviour’s food booth, located under the grandstand, was bustling with action. Our team, reinforced by friends and 20 students from Lakeland College’s fire fighter training program, cooked, assembled, served, sliced, flipped, poured, scooped, mixed and even found a little time to enjoy the food. Records were broken as we served 1,020 smokies/hot dogs, 720 beef on a bun, 360 grilled cheese sandwiches, 820 pieces of homemade pie and rhubarb crisp, 19 pails of ice cream, 30 bags of ice in gallons of lemonade, and 1,475 bottles of water. Added to all this excitement was a cellphone rescue. When a phone was dropped from the grandstand onto the roof of the booth, two fire students leapt into action and made a quick and safe rescue. Another happy customer!

St. Saviour’s rector the Rev. Elizabeth Metcalfe and clergy from five other local churches led an interdenominational church service at the grandstand Sunday morning. More than 150 people took part in the uplifting service. Mark your calendar and come join us, in action, next year at the fair, July 26 to 29, 2018! Submitted by Jo-Ann Mones